It’s early Friday morning, and i’ve not slept much, but for a completely differnt reason than I thought! Wednesday Logan came home from school and barfed. He also complained of stomach pain, but I thought it was the trowing up. He didn’t eat any mre than a sip or two of water, but continued retching through the night and THursday morning. A quick visit to our pediatricians at 9, and she asked us to head on over to the ER, “just in case” to rule out appendicitis. Hubby got on the airplane to Boston (he’s got a conference and we were going to join him in a day so we could spend Thanksgiving with my family) and before he landed in Logan airport (no, my Logan is not named after an airport!) a very high white blood cell count (28000 instead of the normal 10000) Logan had his appendix removed. 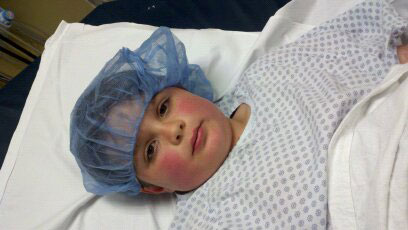 I’m so used to making major decisions a) with my husband and b) with time to do research and think things through. Um…yeah, not this time. Even though hubby was literally out of range through it all, I had plenty of support. Some amazing folks here in REdlands (Liz, Adele and Elyse) totally had my back, picking up Liam, bringing me a cell phone charger, lunch and diet coke. A few posts to Facebook and Twitter had lots of other in-town folk offering their help, and lots more friends from far away chiming in good wishes. I wasn’t alone, and it was amazing to feel all that support. 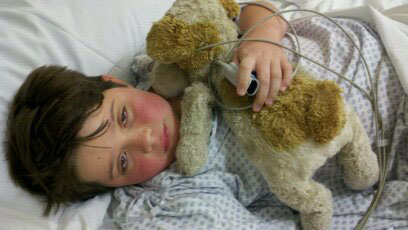 Logan’s surgery was short (I literally had time to eat a sandwich and call my mom). COming out of anesthesia was not easy, but after that 1st 45 mins of transition, he’s been a real trooper. In fact, after a pee at 3 AM he NEEDED to play with legos for awhile. 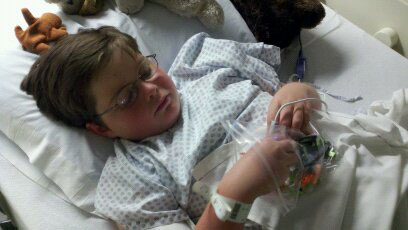 He’s happily had some jello and gelato, now we’re gonna work on getting him mobile. I would love for us to get home, because here’s not much sleep for either one of us here. 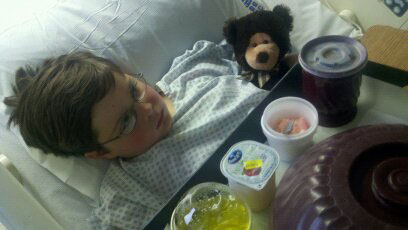 My Moment: sometimes the best laid plans get sidelined…and boy I’m so happy this sideline has a happy ending!

30 Responses to One Moment: Appendicitis trumps all