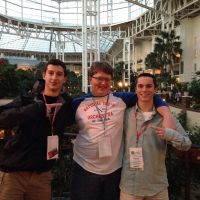 Last week was so busy! First, Liam had a great time playing trombone in the NAfME All National Honors Orchestra in Nashville. He got to meet up with some friends he made at the ASTA All National Orchestra last Winter. Although these other 2 guys were in the band this time, they still could meet up for meals, etc… 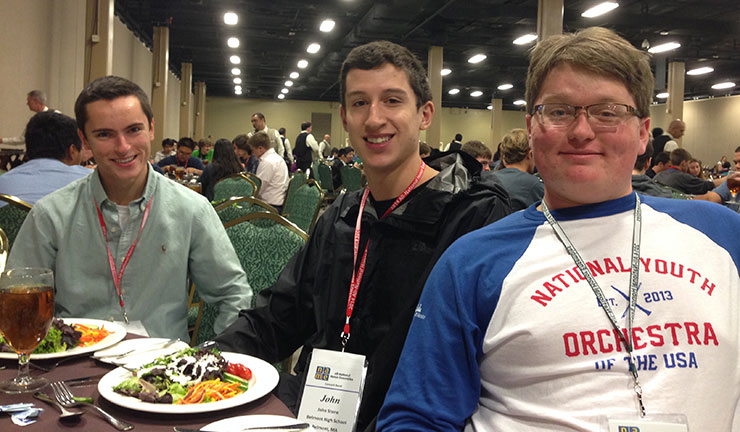 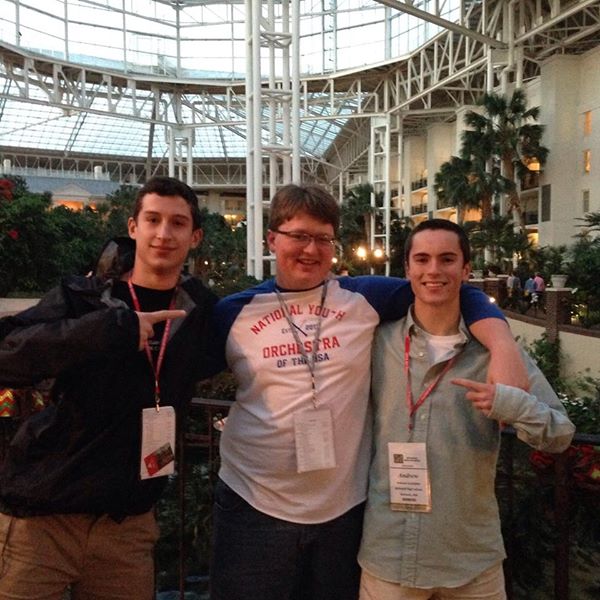 Yup, this is why these groups are so great – kids get to connect with others who are as into the same thing as they are. His NYO-USA shirt was a great ice breaker; tons of kids came up to him to ask about he experience as well as advice on getting into it!

Speaking of NYO, they finally posted videos of their Carnegie Hall concert, here they are playing the Bernstein Symphonic Dances from West Side Story. This is the piece Liam played first on, so there’s lots of places where you can hear him playing. There’s also a few close-up shots of him too:

One of the audition videos he worked on before leaving for Nashville was for NYO-USA 2015 – we’ll have to wait until February to find out if he got in again!

Anyway, back in Nashville, Liam had a great section to play with: 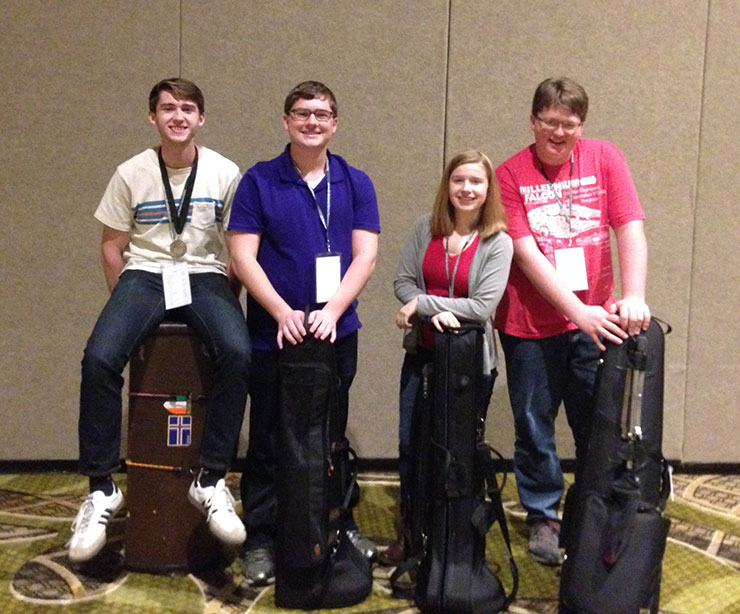 and Andrew was there for the concert. They had some unusual seating (the hall was really dry and it was hard to hear the woodwinds) so Liam was actually on the front edge of stage, where the back stand of cellos usually sits: 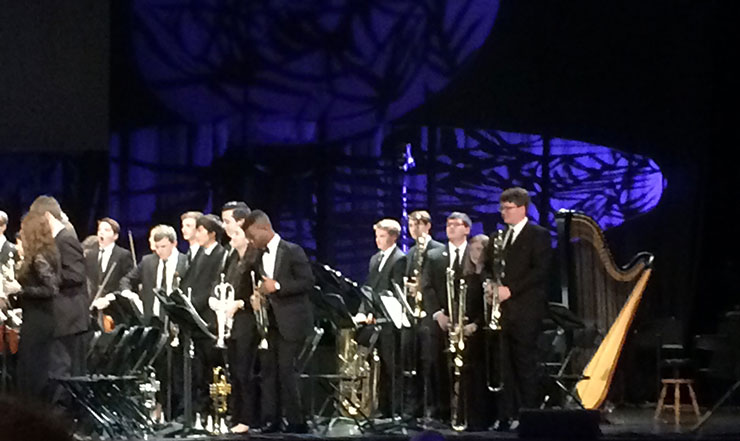 He had a great time playing in this group – the conductor was Gerard Schwartz, emeritus conductor of the Seattle Symphony and really worked the kids hard! Hubby tells me Schwarz was great!

As soon as the concert was over, Andrew and Liam headed over to Blair School of Music at Vanderbilt, which is also in Nashville. Liam spent the next 24 hours observing the ensemble rehearsals, sitting in on a couple of music theory/sightsinging classes and taking a lesson with Jeremy Wilson, the trombone prof there: 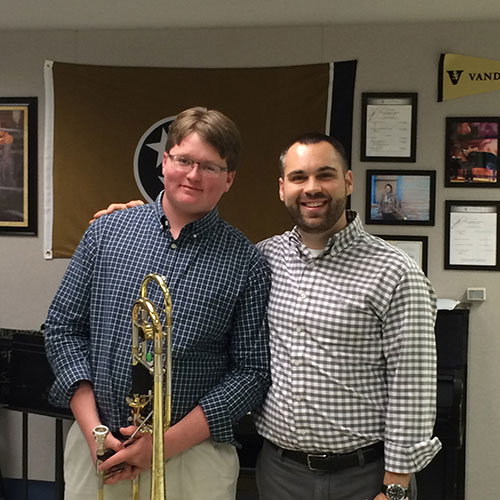 Andrew gave a lecture performance about new music for the trombone to the whole studio, and Liam got to both play with the studio for a little while in a trombone choir rehearsal and meet all the trombone players there. We are so lucky that he’s been able to have such a thorough look at all that being a trombone major at Blair, truly an awesome opportunity. His first audition is there the first week of December!

Liam got home just in time to carve pumpkins with Logan on Halloween: 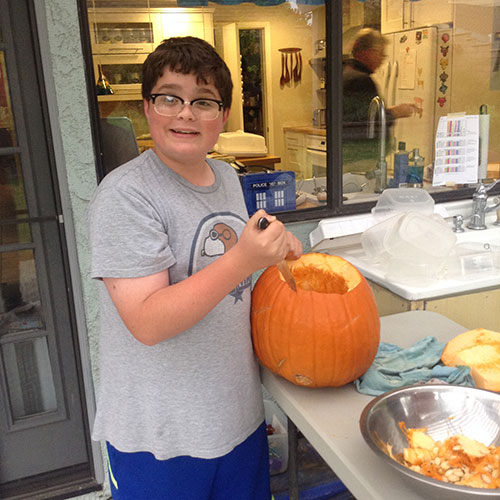 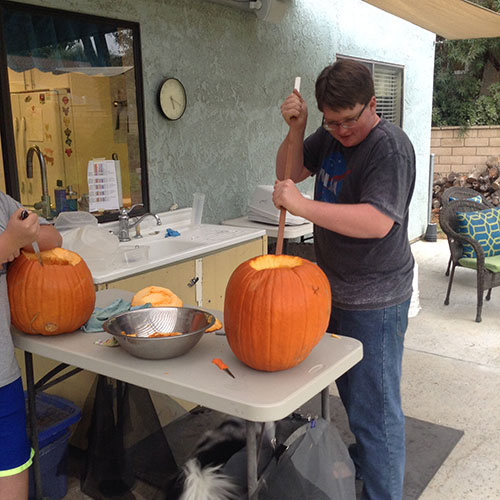 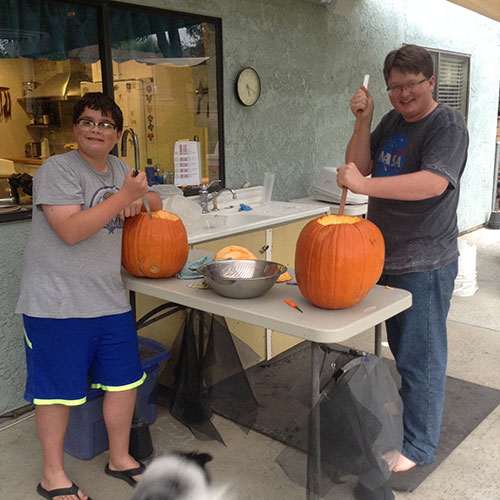 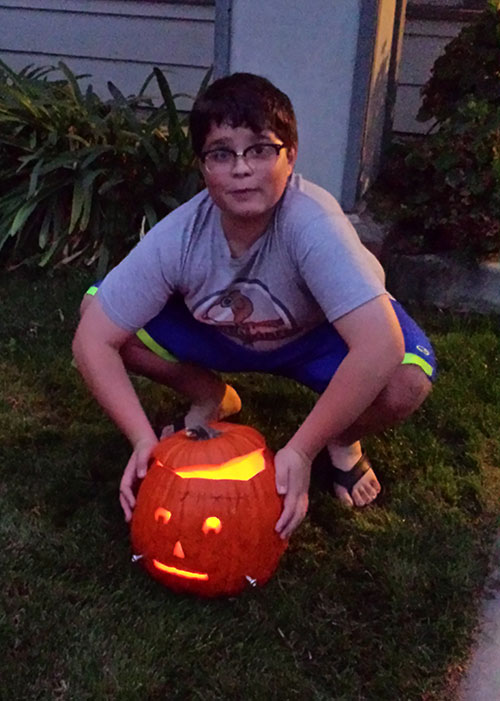 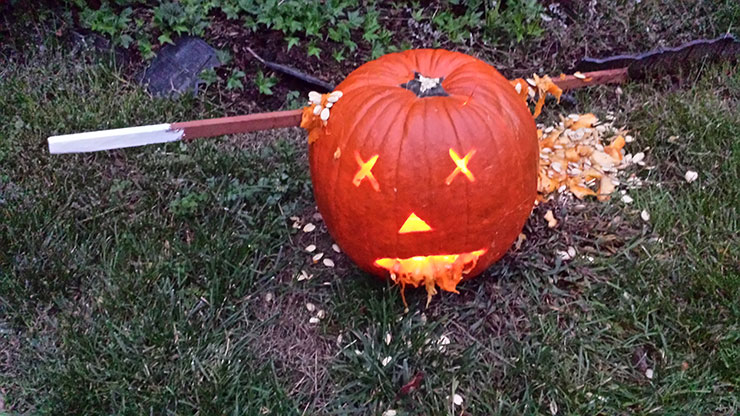 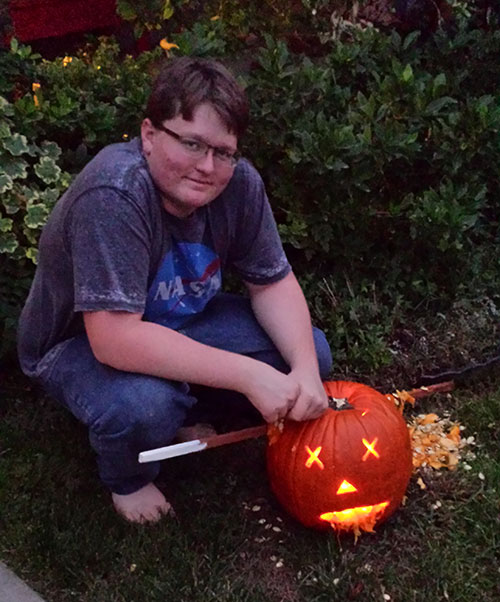 And then, for the first time ever, not even Logan Trick or Treated! Instead, we gave out candy to the kids who rang the doorbell and watched old Frankenstein movies! A fun, low key end to a busy week!

One Response to A Fun End to an Eventful Week!