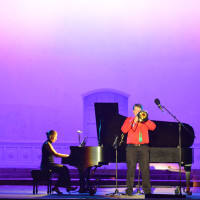 Oh, my goodness! What a day yesterday was! We’re in the thick of the Pokorny Seminar which means that Andrew and Liam spent from 7:30 – 5 going from warm-up to master class to lecture, etc… Liam did a fair amount of playing and spent the rest of the time being a trombone geek at all the events. And then boom, time to perform! He grabbed a quick bite to eat and then we all got down to the Redlands Bowl for a mike check at 6. Well, let me tell you friends, the mike check was SCARY!

Now, amplification is the bane of every classical musician’s existence…unless it is done really really really well, the tone quality is altered. That’s why great concert halls are great – because there is no artificial amplification needed and you can hear the music as the musicians intend. Needless to say, outdoor venues in general don’t have great acoustics, so it has to happen. The mike they set Liam up with to begin with was some horrid thing you’d use in a big band or rock band, and they placed it right in front of his bell. My friends, he sounded HORRIBLE, like what you would sound like if you sang while pinching your nose!!! Hubby started with the guys at the sound board and the totally ignored him. The guy running the mike check was ready to move on to the next performer and Andrew had a rather heated discussion (where the phrase “better to not play at all than to play sounding like that”) with one of the mike guys. They told him they’d do more work after letting the other 4 performers do their checks, so we spent a rather distressed 30 minutes worrying that this wasn’t going to get fixed.

But it did, hallelujah! (The main tech guy from the Redlands Bowl came over and talked to Andrew and interfaced with the mike crew). They used a different mike, placed way up high, and then listened to our requests to turn it down some. Through it all, Liam just stood and played, with commotion all around. This kid has nerves of steel, and although he wasn’t sounding his best at that time, it sounded fine. Concert time comes, and out he comes with a smile on his face and he played splendidly!!!! 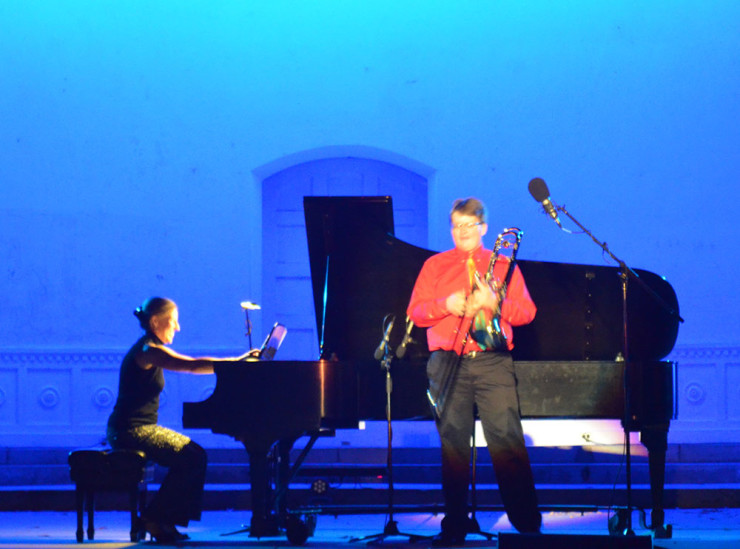 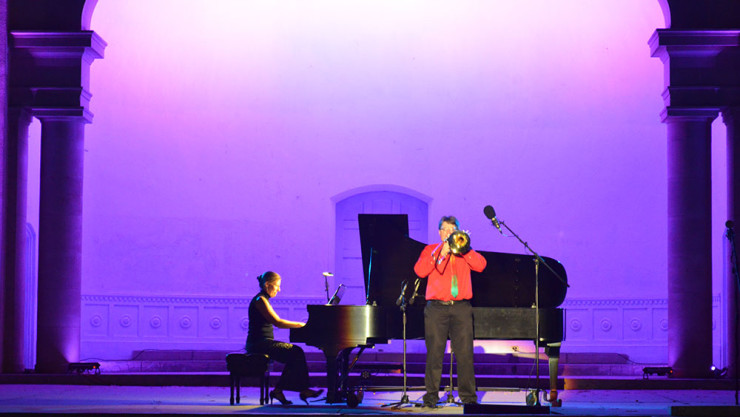 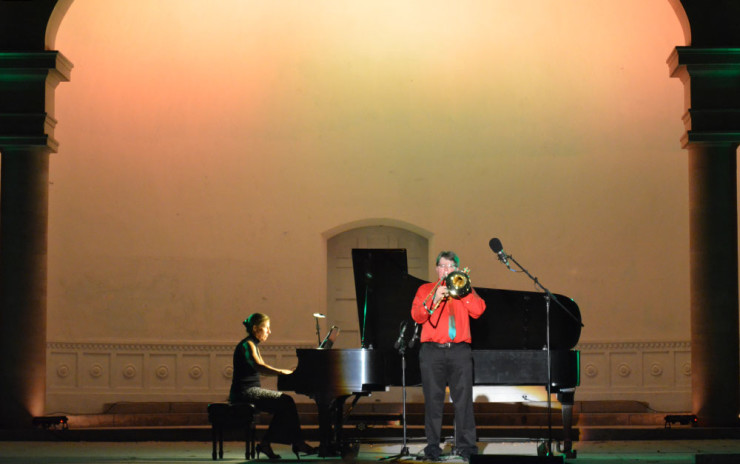 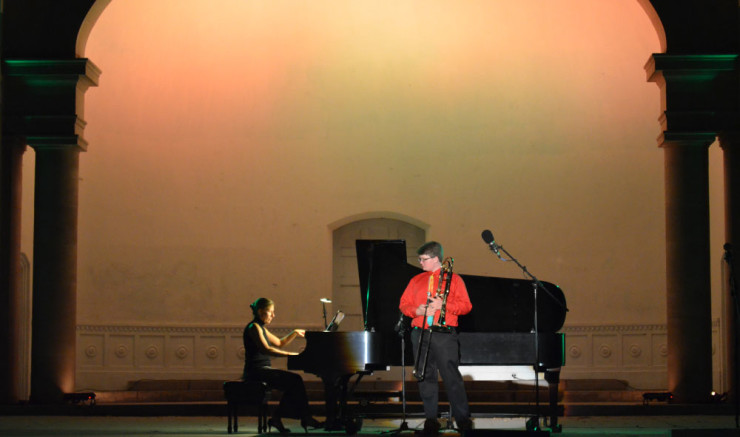 The first piece he played was the Saint-Saens Cavatine, and it was the first time he’d done this piece in front of an audience, so he was more worried about this one. Here are 3 shots I took during the applause after that first piece…although these pictures aren’t great, I do think that you can see the happiness/relief in his face! Plus the happiness and support on the face of his awesome accompanist, Stephanie Lovell: 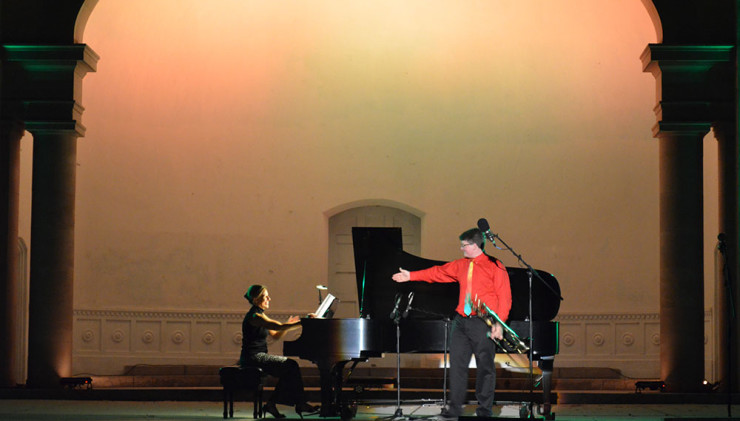 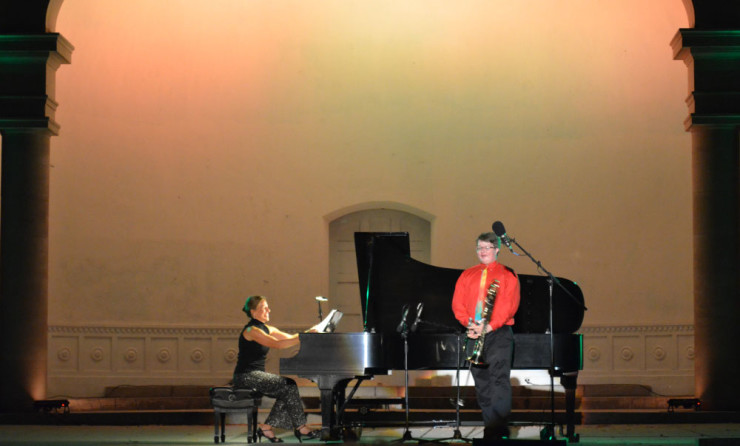 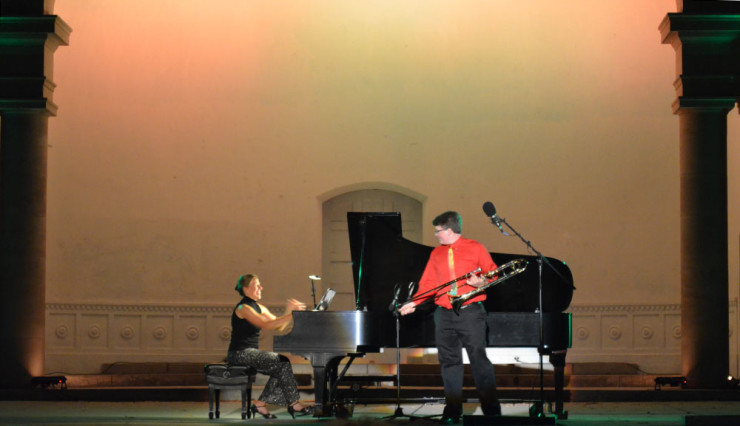 Then they played “Atlantic Zephyrs” by Gardell Simons, a piece that he’s performed several times; it was the one he won the Army Band’s American Trombone Workshop Solo competition with, so he was quite comfortable with it. It also was a perfect piece to play at an outdoor concert, so he finished the first half of the concert with style! 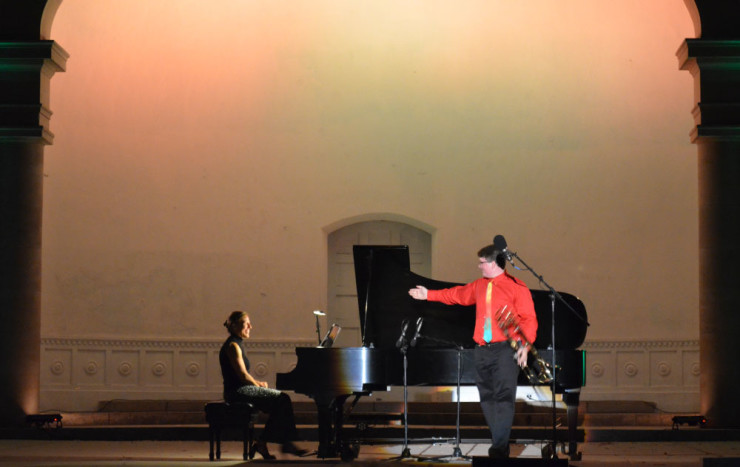 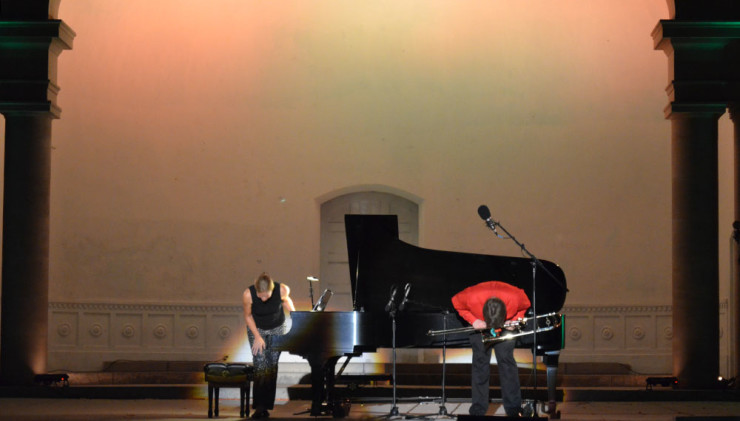 During the intermission, all the artists were called up on stage to receive their scholarship checks and be celebrated as a group. At every performance, there’s something else Liam needs to learn about being on stage. This picture reminds me to teach him how to not put his hands in his pockets while standing around having people say good things about him! 😉 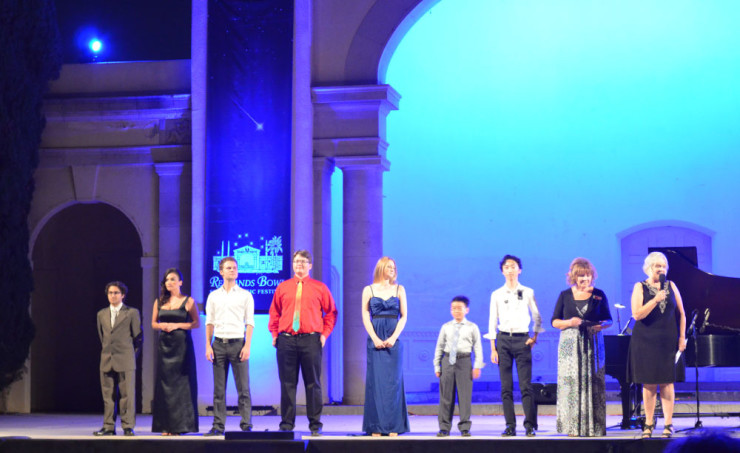 Here’s a bigger shot so you can get a sense of scale. I neglected to take a picture of the audience, but there are a LOT of benches and there were plenty of people sitting in them! 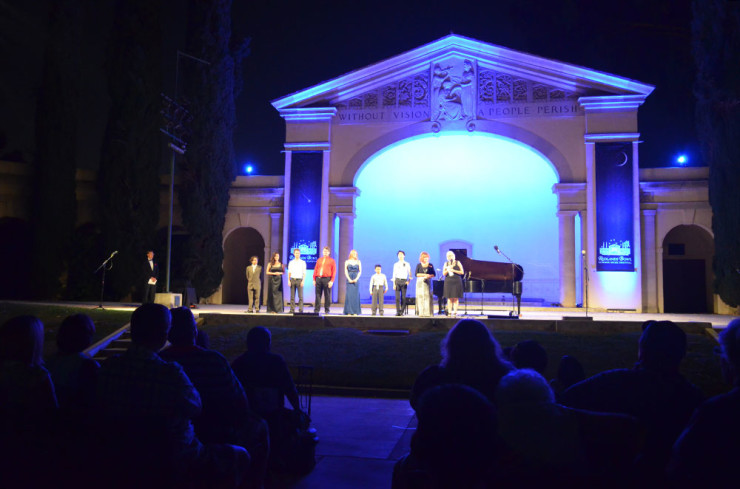 The next lesson Liam needs to learn is to remember to bring the flowers that people give him with him when he packs up his trombone and either give them to his accompanist or his mother! 😉 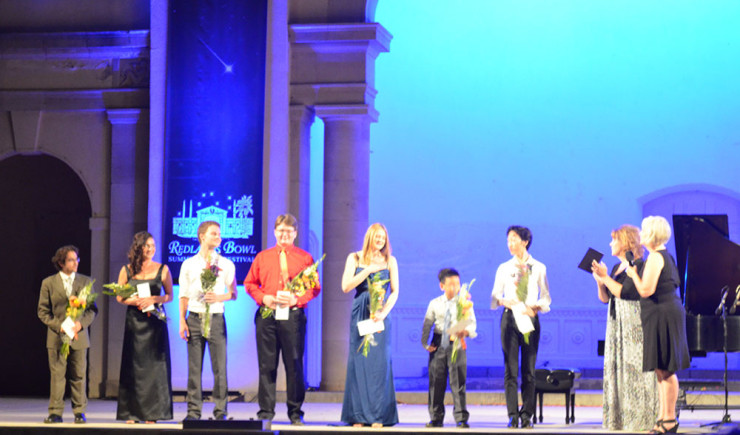 Here’s the happy performer with his lovely and talented accompanist Stephanie! 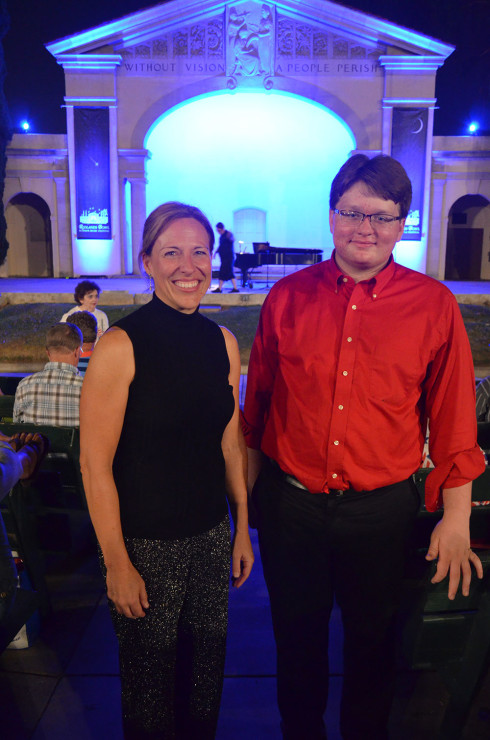 Whoosh, what a long day! And it ended with lots of happiness because Liam played really well!!!

← Meetup | July Goals
Another Pokorny Seminar in the Books! →

One Response to One Moment | The Relief of a Wonderful Performance