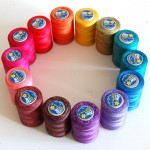 Well, my goodness, it’s been awhile since I returned from taping 2 more episodes of Quilting Arts TV, and I haven’t yet told about the LOOT! Yes, this year, some fantastic people, representing some fantastic companies, gave me some awesome samples of quilting related products to try out! Of course, I had to take some pictures, which explains a bit of my delay, and of course, I’ve had some other stuff going on as well.

Anyway, Jackie Marsal of Havel’s Scissors and Notions had big bags of lots of scissors, rotary cutters and blades for ALL the guests in the green room that week: 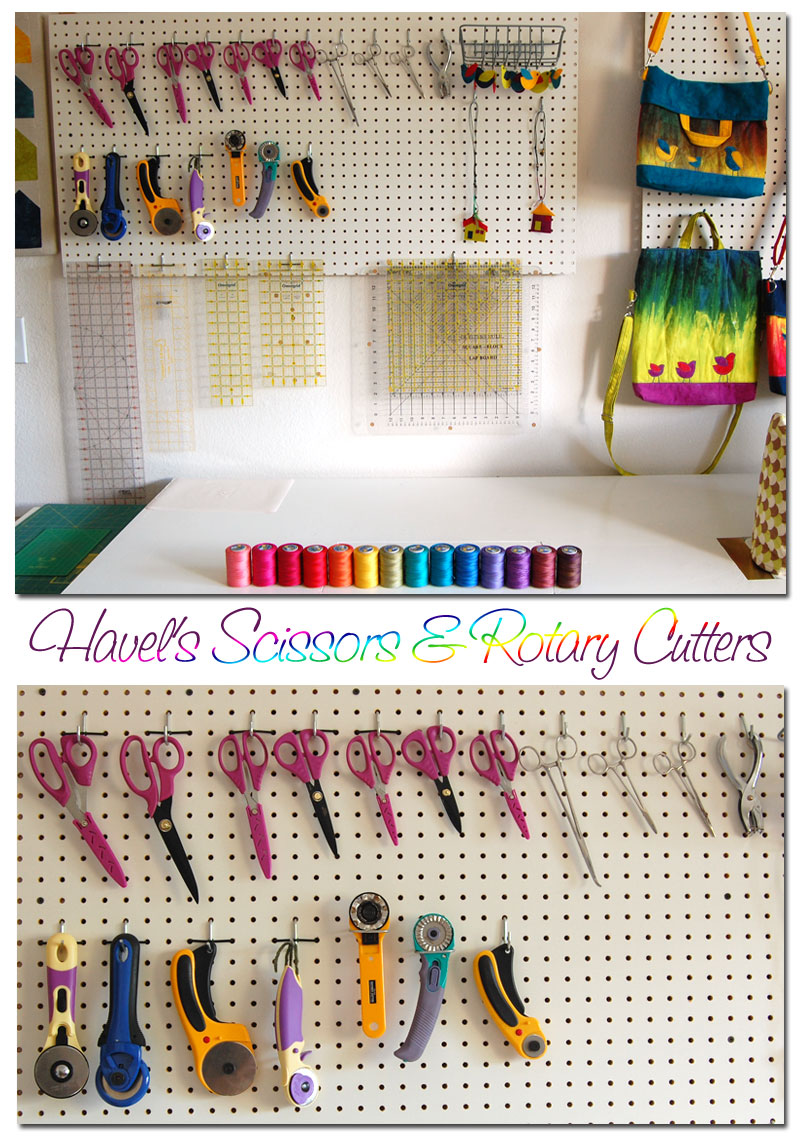 Yep – she gave me all those pink scissors and purple rotary cutters! I KNOW, aren’t I lucky??? 🙂 I haven’t had much of a chance to use them yet, but I love the feel of the rotary cutter, it fits nicely in my hand. Havel’s has a cool story – the company is a big manufacturer of surgical instruments, and the wife of the company was a sewist, and she asked her husband for some really sharp scissors, and lo and behold, Havel’s Sewing Notions was born!

Also in the green room was Terry White. She’s an amazing thread painter, and she came bearing boxes and boxes of Star Thread (a Coats & Clark division). The moment she saw me, she dragged me over to the pile of thread boxes and she said “You NEED this thread!” and proceeded to pull out every colorful variegated thread and push them in my direction. She’d watched my Mod House Ornaments segment on QATV and new how I liked to work with COLOR! Who was I to say no? 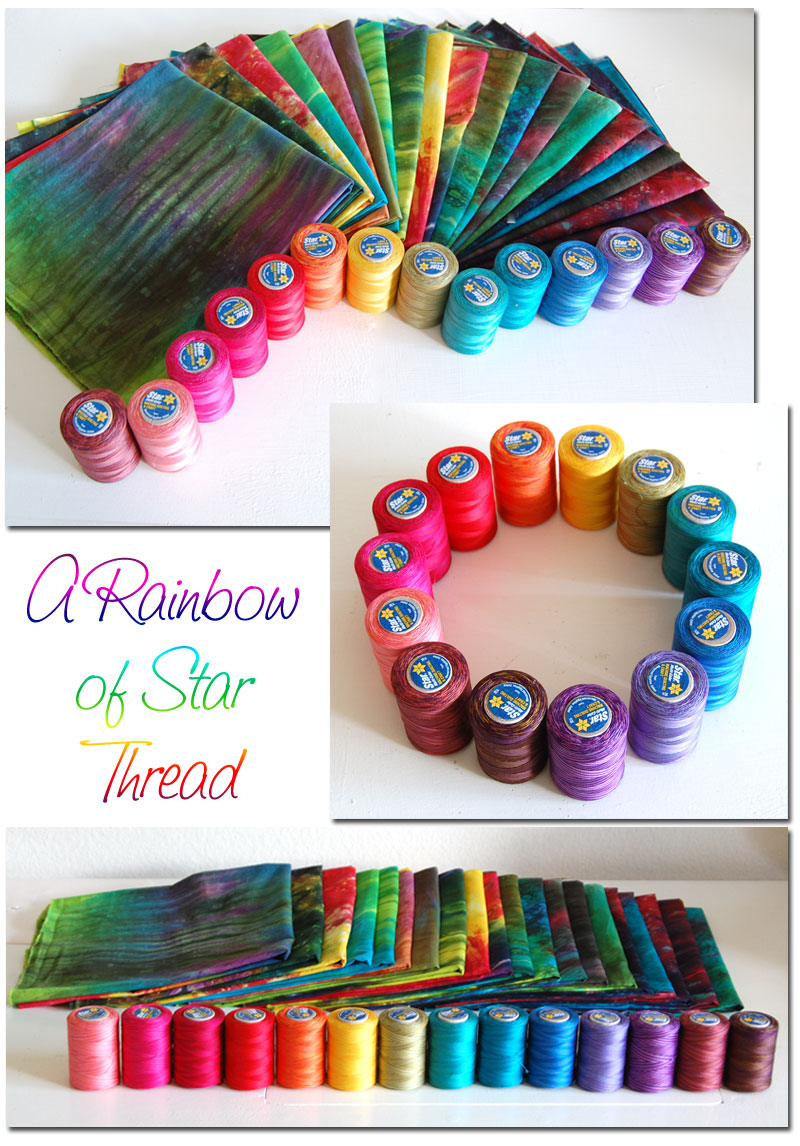 I know, I am such a lucky duck! I’d love to try out this thread, but it’s going t0 have to wait until I’m back from the funeral.

Teri, Jackie and Jo Leichte, (who was the awesome Bernina rep that spends the entire week in the green room, helping us set up sewing machines, figure out the best foot/needle combination, and all around trouble shooter) were so much fun to have around. Always ready to chat, they always had a positive word after a taping was done. I was glad to have them around, and the four of use had an awesome celebratory dinner when I was done taping. I’m sorry I didn’t take pix of it, I was too busy drinking a celebratory cocktail and saying “I’m Done!” every 37 seconds! 😉

A few more pictures of prettiness for the road: 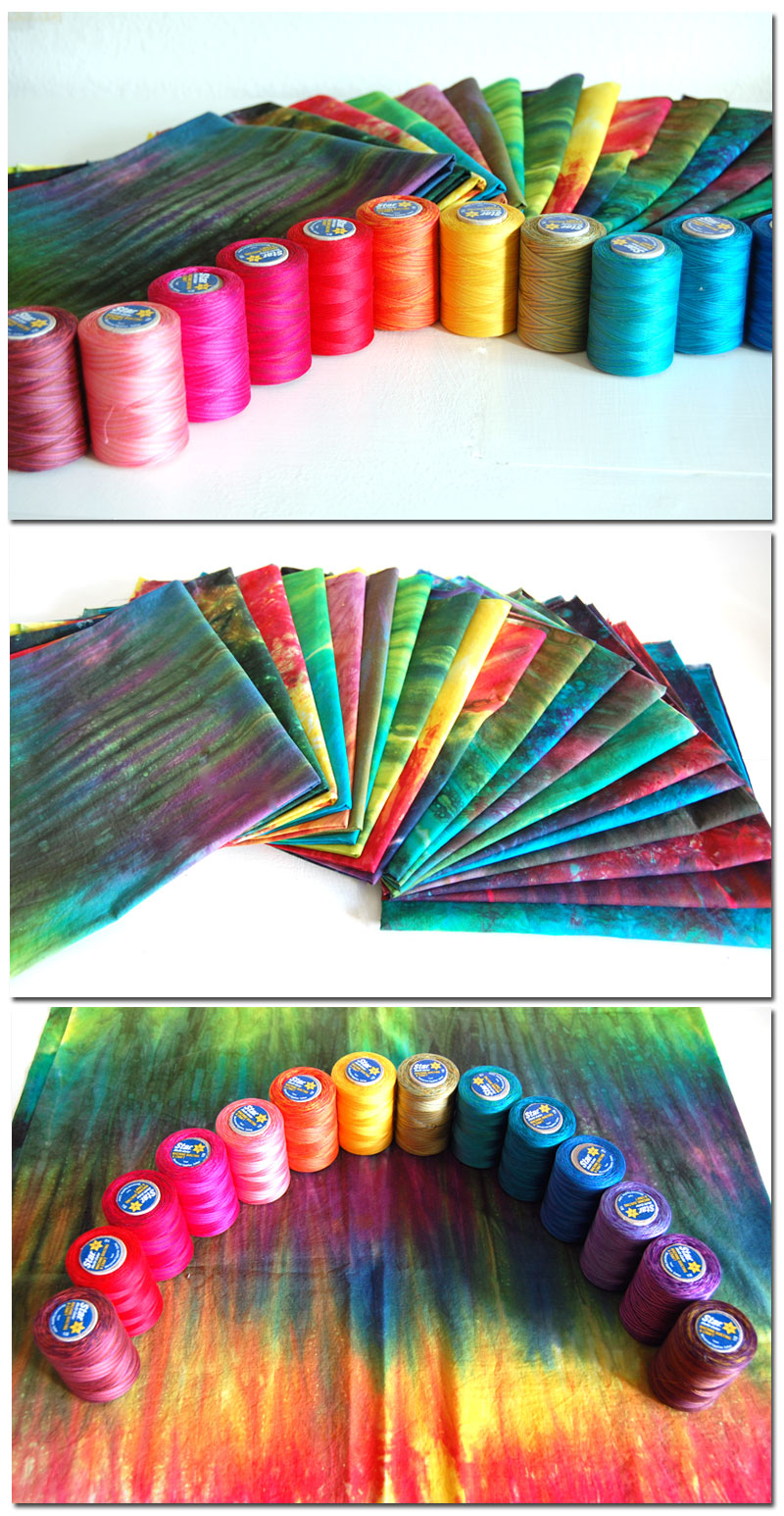 ← Collecting Color | Toning with Complements
One Moment | The Joy in Family →

3 Responses to Return from QATV Part 3 | The Loot