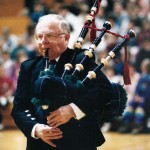 Dick was drafted during WWII and testing placed him in a fast track to becoming a doctor. He spent the war years doing pre-med studies at Johns Hopkins and then getting his M.D. at Georgetown. By that time the war had ended, and after a residency in Indianapolis, he started practicing medicine in IN. He spent several years as a surgeon during the Korean war, and then spent the rest of his professional career as a family doctor in the town of Logansport, IN, delivering generations of babies!

He loved his Scottish heritage, and one of his passions was playing the bagpipes: 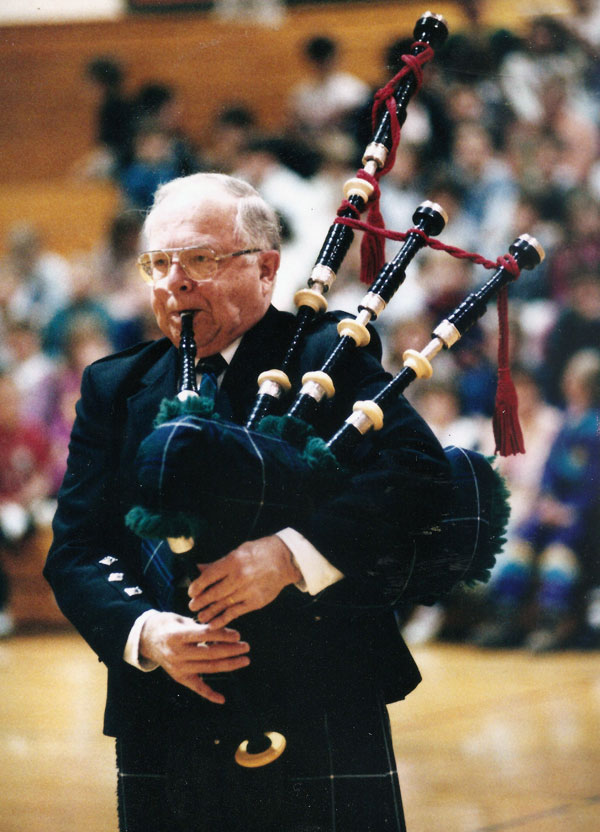 Another passion, passed down to him from HIS father, who was a farmer, was getting rid of groundhogs. Dick and Ellen lived in a house that had a steep hill behind it, and Dick was always trying to keep the groundhogs from turning that hill into a landslide. Andrew and Liam went out for a visit this past June, and Liam was able to experience the joy of groundhog “bombing”: 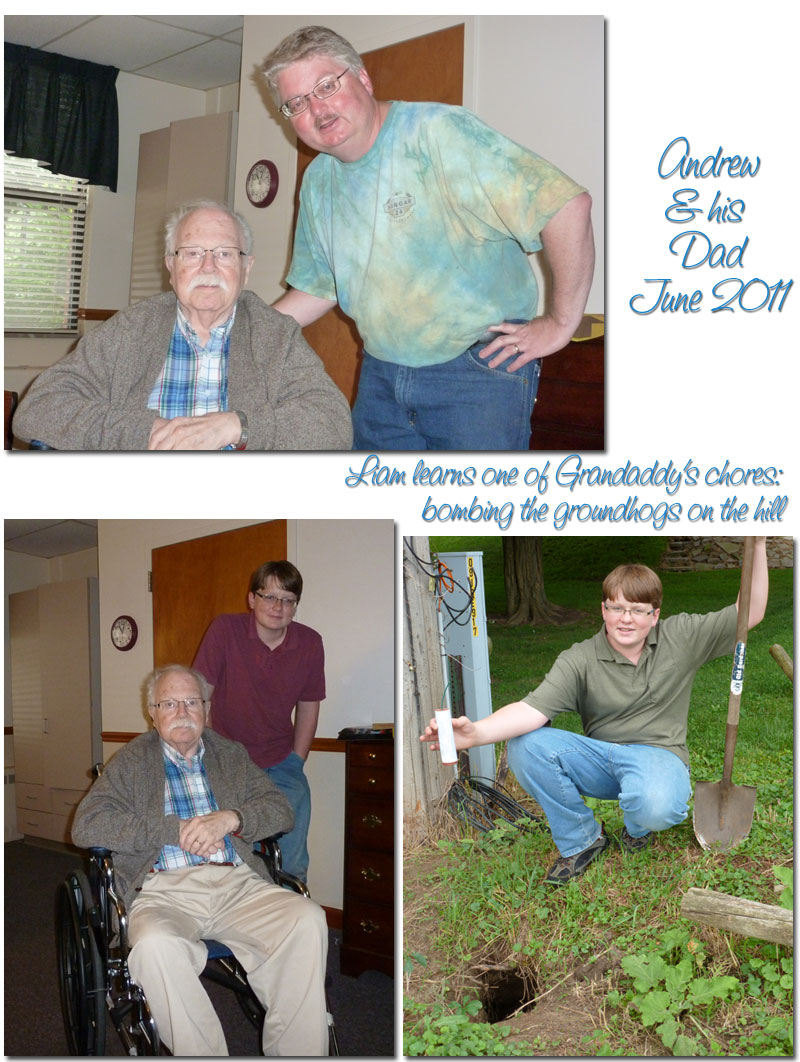 Family was very important to him, and there were family reunions at the “old family farm”, about 3 hours away from Logansport, every other Labor day weekend. Dick would always bring his pipes and play a tune or two, always with a trail of kids following behind him. Here are some pix from one ten years ago:

Because of some absolutely incredible cousins Andrew has who live in Indianapolis, Dick was able to attend the reunion just 2 weeks ago: 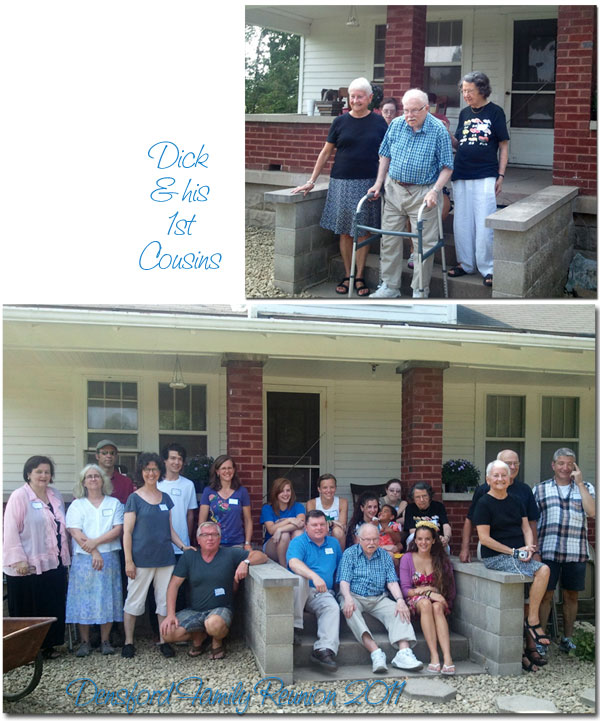 The day after the reunion, Dick’s health took a rapid turn for the worse – I’ve heard so many stories of people waiting for some significant event to happen, and then just fading away, I believe that this was one of those times. I sent a copy of the picture of Liam working on the groundhogs, and that brought a smile to his face on his last really lucid day. Between the Indianapolis cousins, one of Andrew’s brother and his sister, and visits from LOTS of medical folk, Dick had company until the very end.

We’ll be taking the boys with us as we travel east for the wake and funeral. I realize that although they didn’t know him all that well, this would be a great chance for them to hear all sorts of stories, and get to know their grandfather in this way.

His official obituary is here.