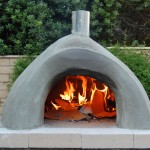 Believe it or not, my hubby gets crazy ideas too! About this time last year he and I installed wood floors in my friend Liz’s house and then we ripped up some nasty old carpet and installed bamboo in two rooms in our house.

This year, I’m taking it easy on him 😉 Because his “honey do” list is pretty darn short, I encouraged him to build the brick pizza oven of his dreams. Way back about 10 years ago, we build a mammoth bread oven in our back yard in Ohio. Baking bread in a wood fired oven is quite the undertaking, involving heating the whole thing up, which takes hours, then pulling out all the coals, putting your bread loaves in, closing up the door tight and praying. LOL! We never did get that whole thing quite right, and learned later on that pizza ovens were entirely different, constructed to heat up more quickly, and you keep the fire burning while cooking the pizza, which should cook VERY quickly because you’ve got the base blistering hot.

It should not surprise you that he has been researching this new construction method for years, and he finally had the time to begin this next adventure while Logan and I were away in Massachusetts. He took lots of pictures (to share with facebook friends) of the earlier stages, and I’ve been around for the later stages.

Edit: It should not surprise you that although the techniques used are very user friendly, the materials used are VERY specialized! I asked hubby to supply me with some details and links to where he learned how to do this and here are his reponses:

Here’s some pix of the process: 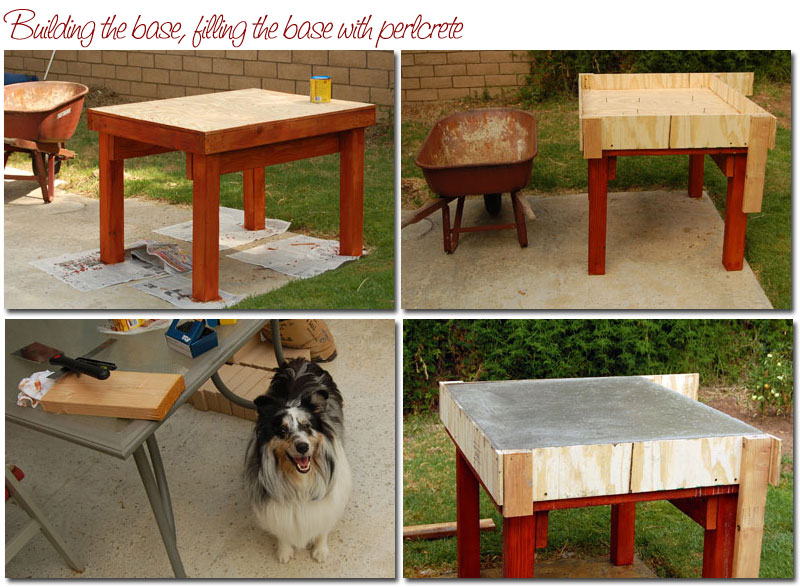 Stirling had lots of fun – but all this commotion did not deter him from his new hobby – eating ripe tomatoes from the vine half a day before his humans would pick them. 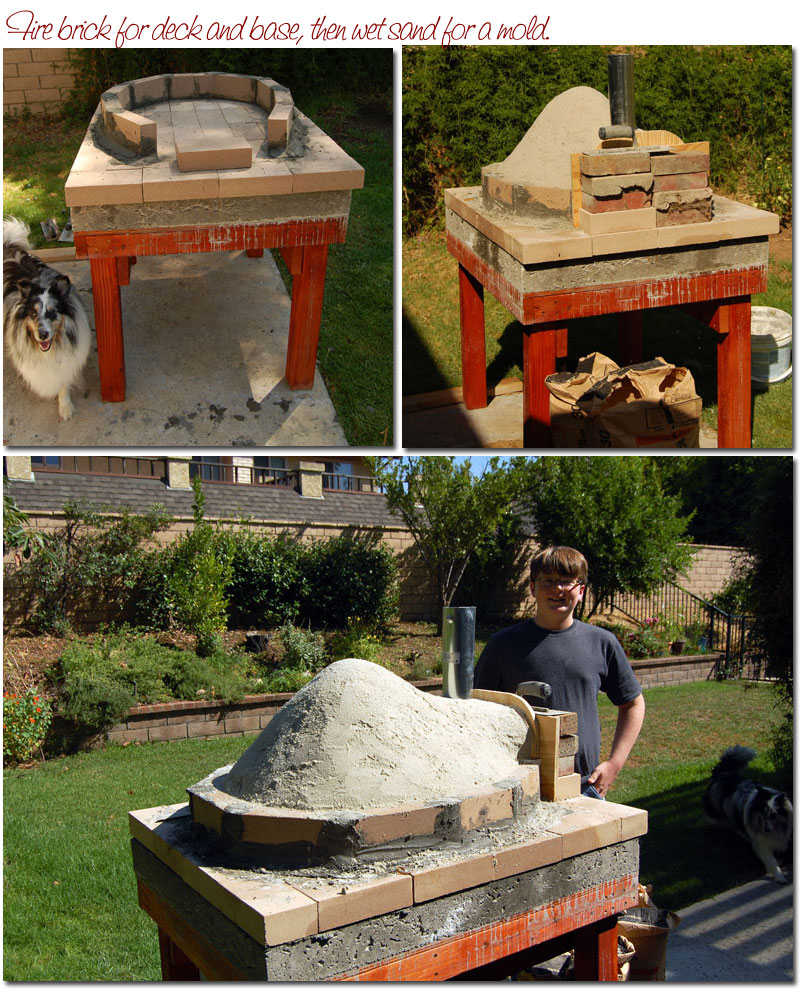 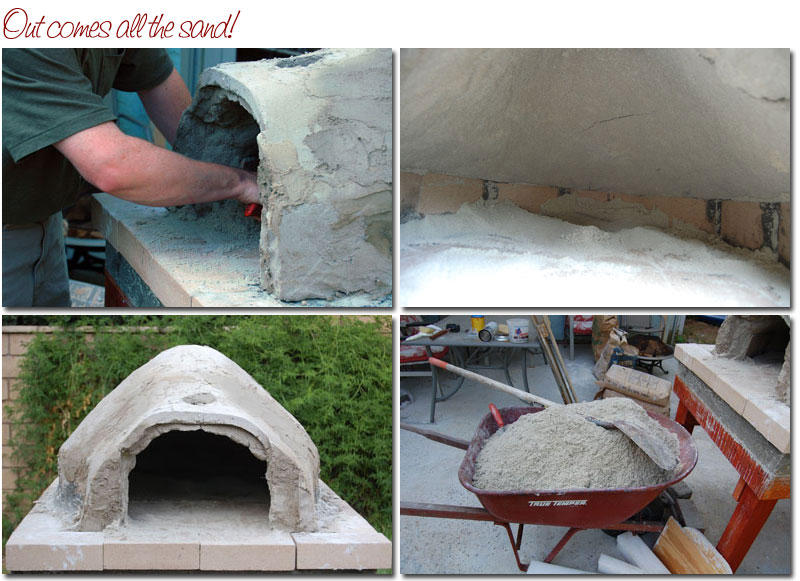 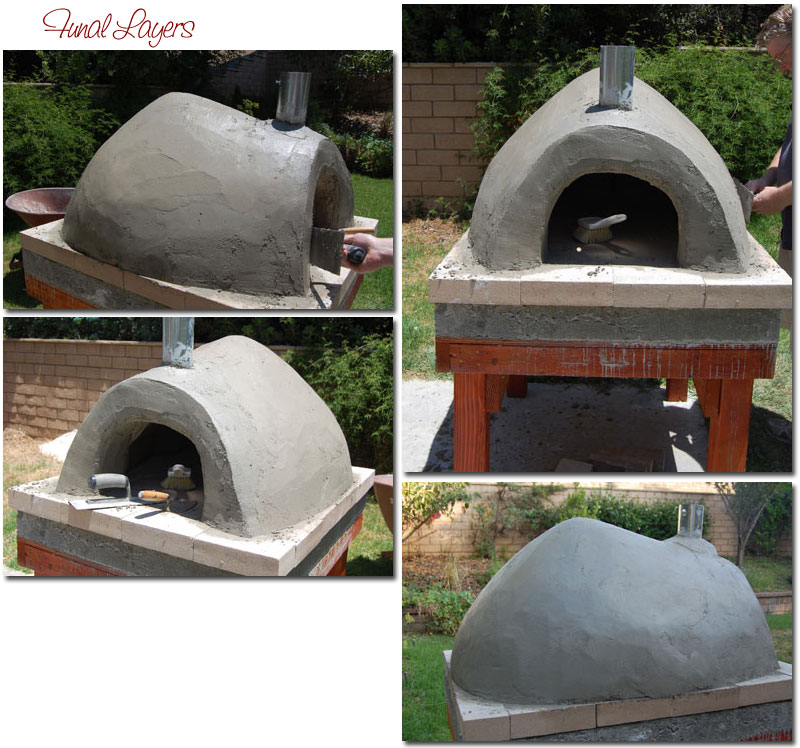 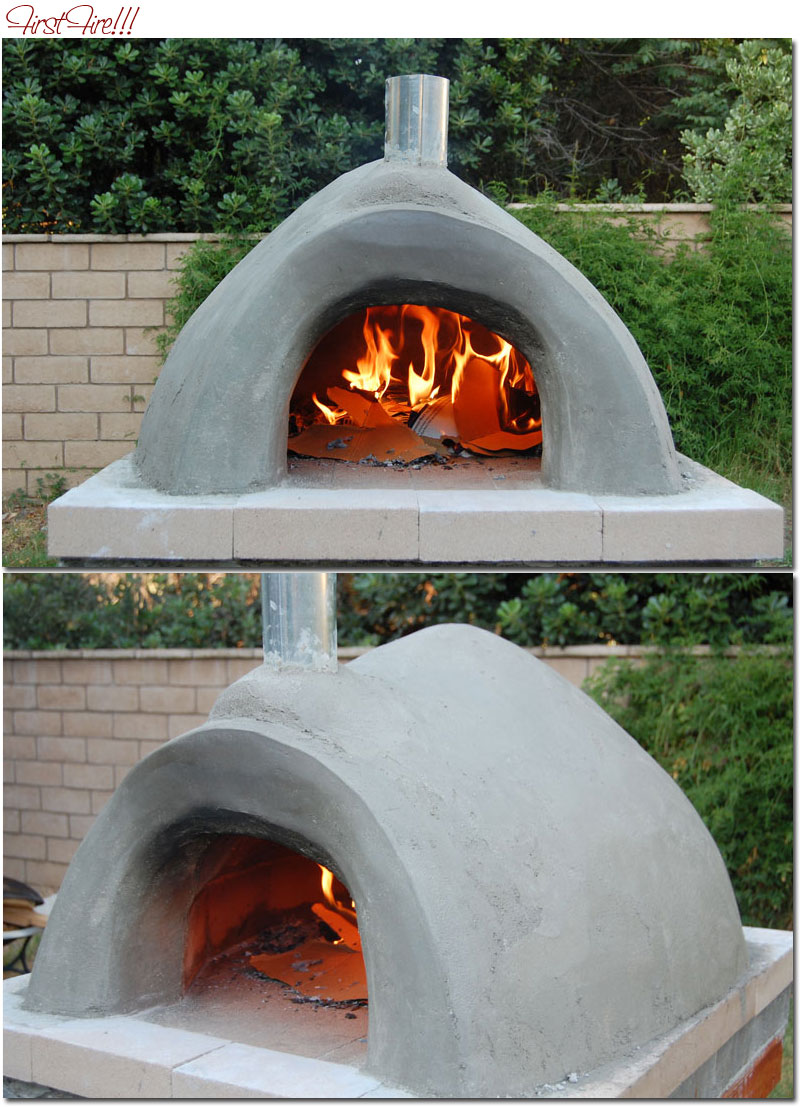 Patience is a virtue, there will be days of small fires to dry this out, and then a large fire to cure/kiln the clay from the inside out. But hopefully, if the whole thing doesn’t fall apart on firing, someday soon we’ll have friends gathered round eating pizza on this empty patio. 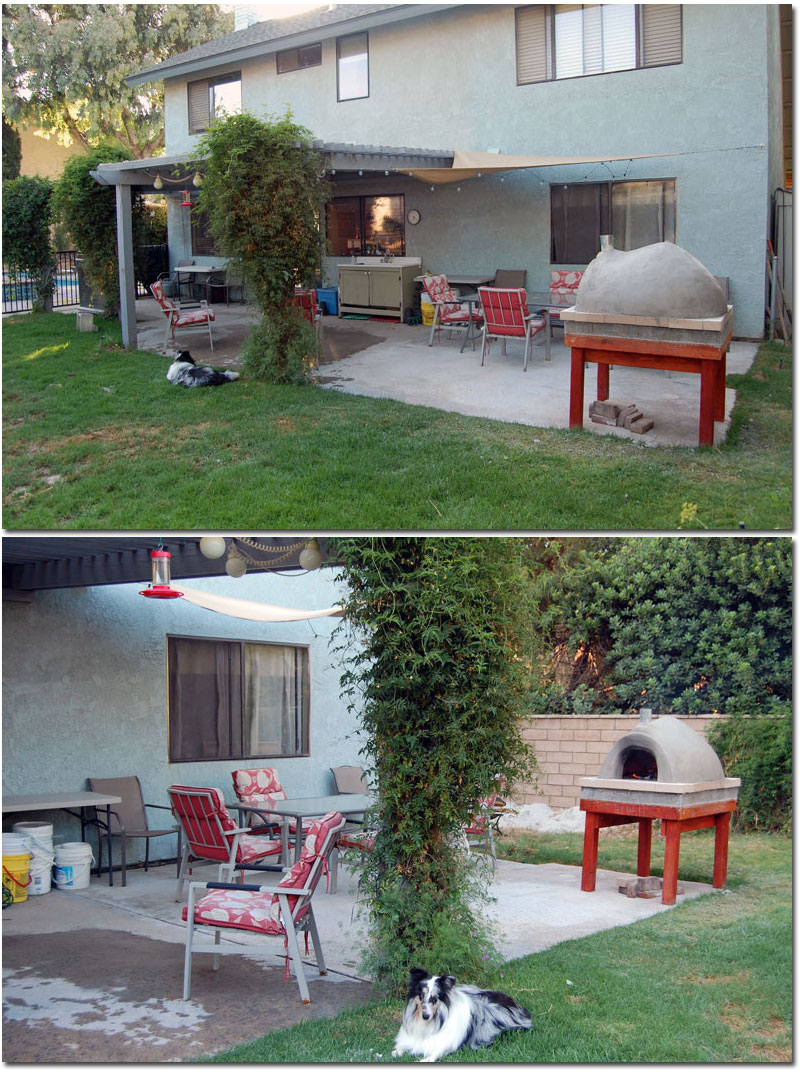 Want to join us when that happens?