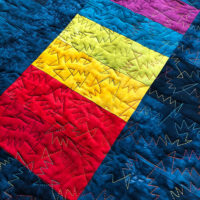 Before I start quilting a quilt, I put together a quilt sandwich using scraps from project so that I can try out quilting patterns and thread colors on something with exactly the same colors. I’ve been fretting about what quilting pattern to use since before I even started piecing it; there’s not a pattern that I use (or teach) that I thought would work, so I was a bit stressed about it. However, my subconscious was obviously working away on it because when it came down start testing, I had an idea that I think works quite well; short areas of zig-zags joined by wonky triangle: 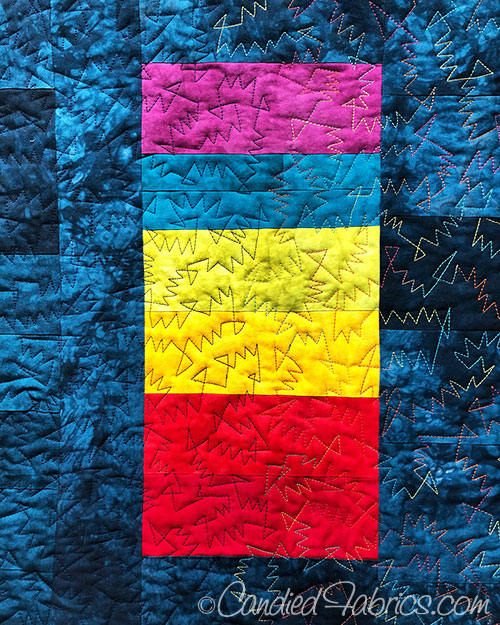 I tried both a navy blue thread and a rainbow variegated thread. I liked the way the navy faded into the background, but was worried that it would dull the bright colors. 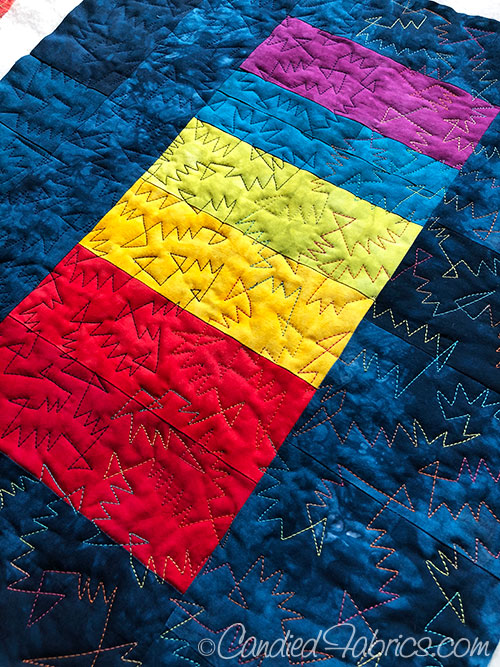 I decided to go with the rainbow thread, and here’s a look at what I’ve quilted on my wonky triangle medallion quilt so far: 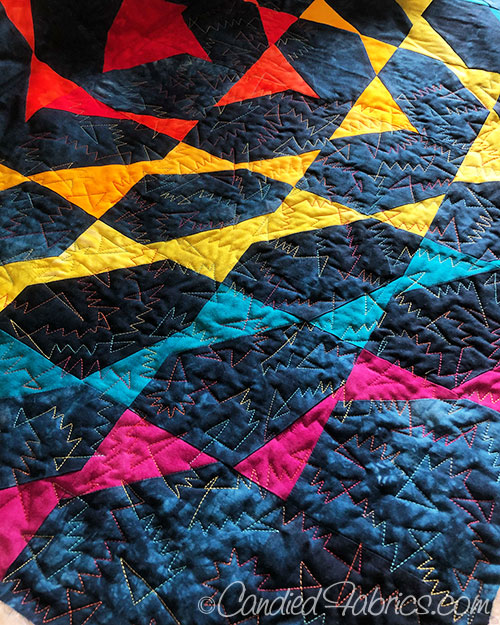