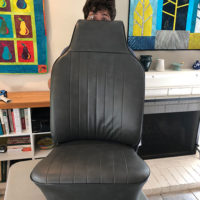 Back in late December I shared with you the start of an adventure my hubby is taking with our younger son Logan: taking a rough 1968 VW Bug and making it driveable and looking nice (but not restoring it, which is apparently a whole ‘nother level of work and budget!). It ran, but not very well, and the body was in pretty rough shape: 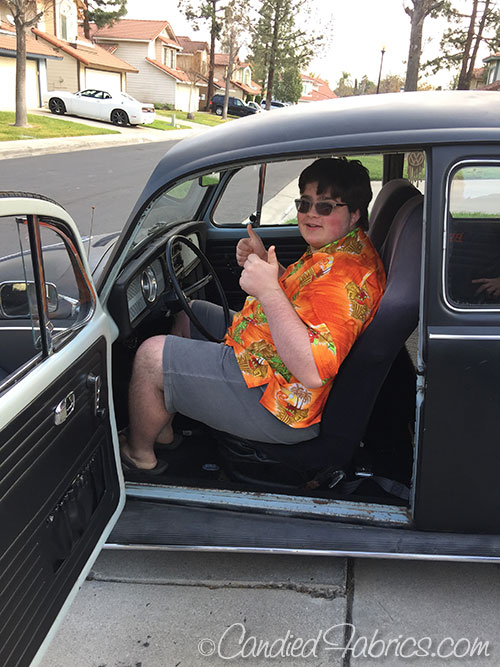 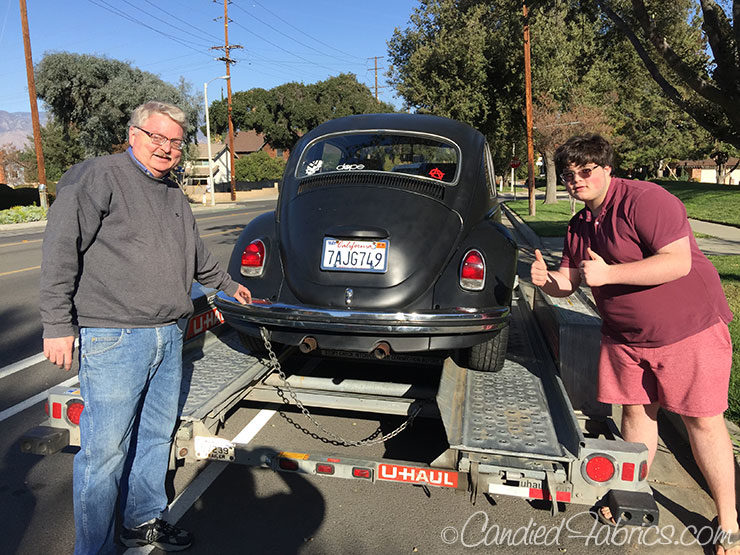 First, they dropped out the engine and cleaned it out and swapped out a lot of fiddly bits (tin? I think it’s called?) and now it runs a lot better. They then added better disk brakes to the front wheels. A re-wire of the entire car was needed to make things like turn signals and brake lights work properly. At that point, the car is now drive-able, but the body needed a lot of work and the inside was…gross. The seats were falling totally apart, the original upholstery was totally in tatters, as well as the two really not very helpful layers that had been put on top of that as well! Luckily, you can mail order pretty much anything for an old Beetle, at a relatively low price. (Of course, those prices ADD UP, but you can order a couple of specific bolts for a few cents, and a new windshield will run you $40). You can also purchase re-upholstery kits to totally re-do the seats from the metal frame up. You can also order a DVD that shows you how to put them on, a good $10 investment! I’ve made slipcovers and done re-upholstery on chairs and couches, with Hubby helping on the parts that need muscle or 4 hands, so I was part of the team for that part of the re-build.

Here’s Andrew and Logan at the start of the body work: 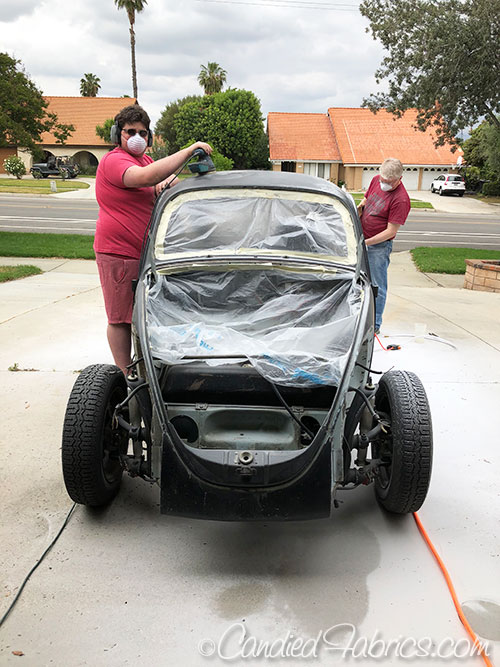 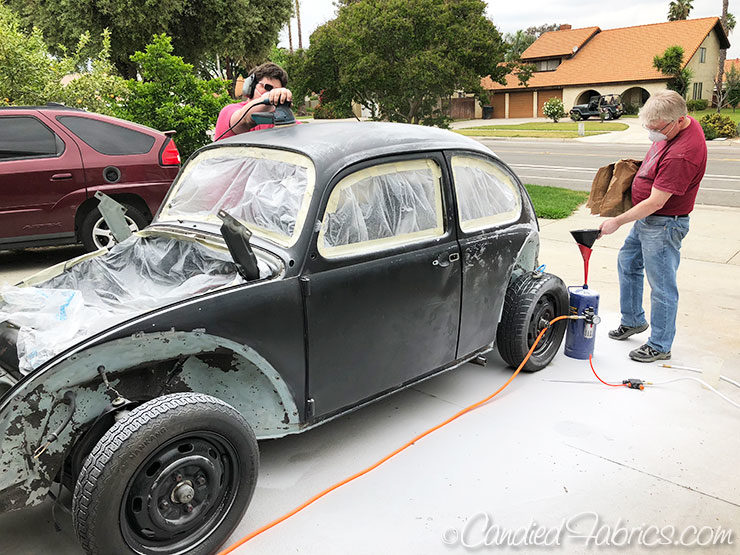 And here it is a lot later. We’re going to have it professionally re-painted but are doing all the prep work to keep the costs down. The body shop wants the entire exterior taken down to bare metal and any rust treated. 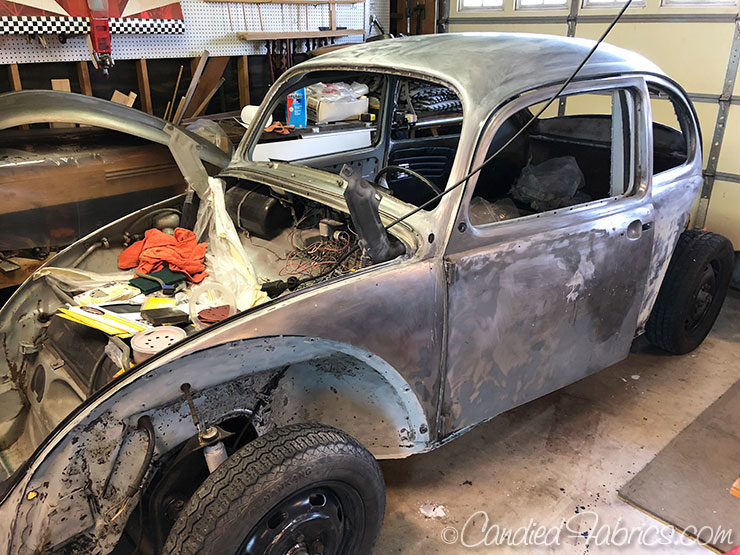 A lot has been done, but there’s more to go! However, we can see the light at the end of the tunnel – and Logan takes his driver’s license test at the end of July, so the pressure is on!!!!

Here’s some pix of the work on the seats. We did this work inside the house (for the most part, we took it outside for the glue spraying parts) because there’s not a lot of room in the garage plus it’s been over 100 for the past few days! To be clear: I DID NOT SEW THOSE COVERS!!!!! When I posted these pix on social media the other day a few people thought I had…whoa Nellie, you’d have to pay me a LOT MORE than what we paid to learn how to do that! 😉 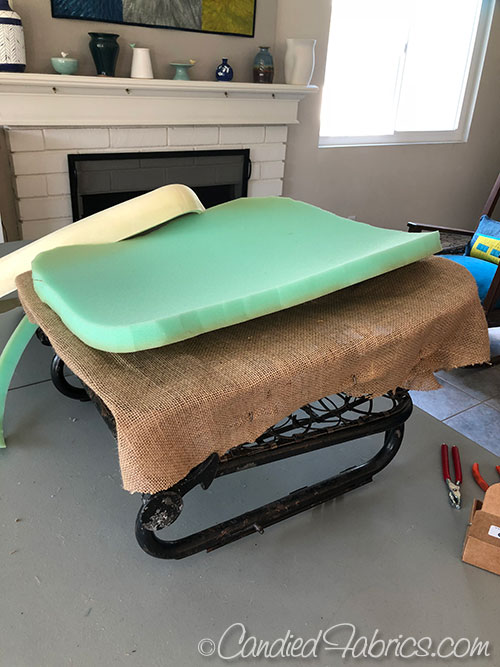 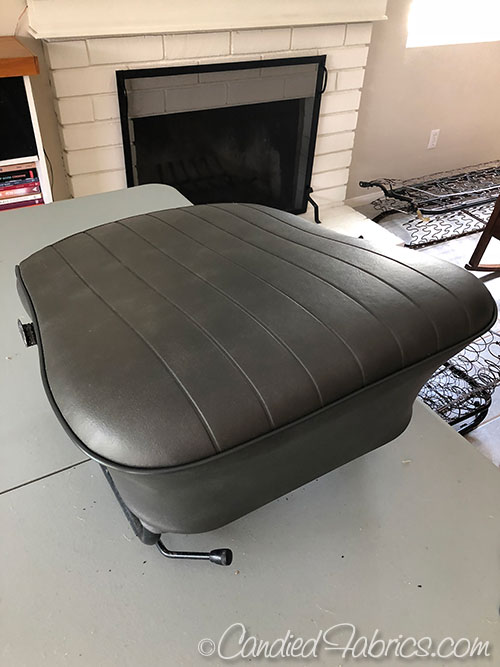 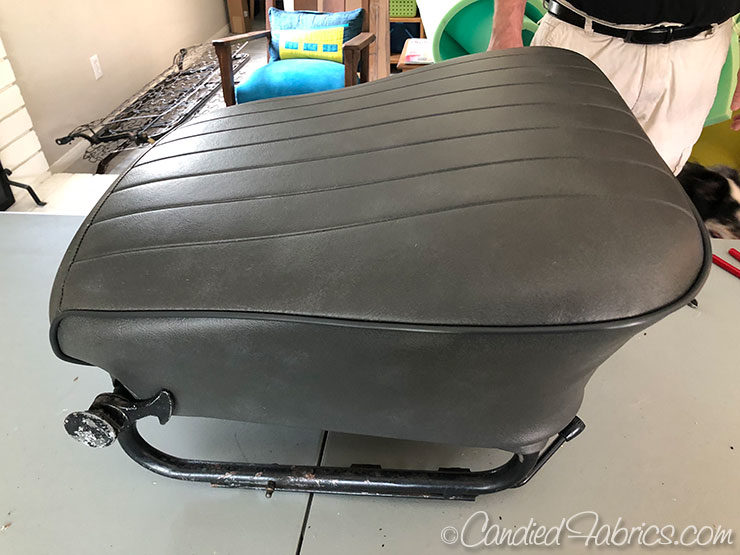 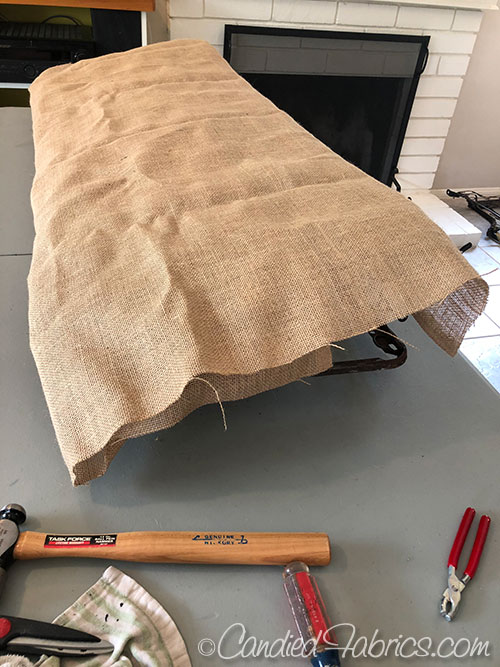 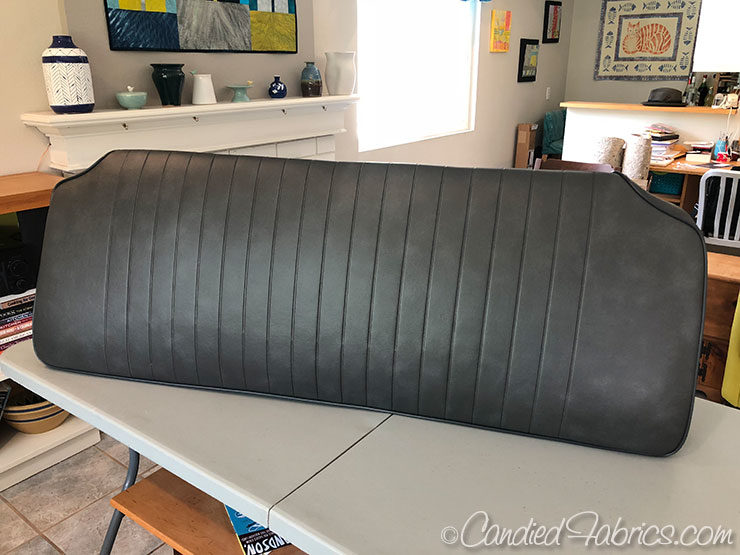 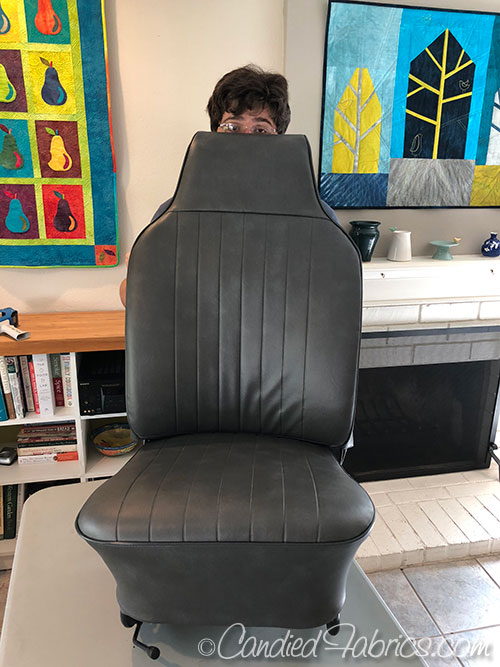 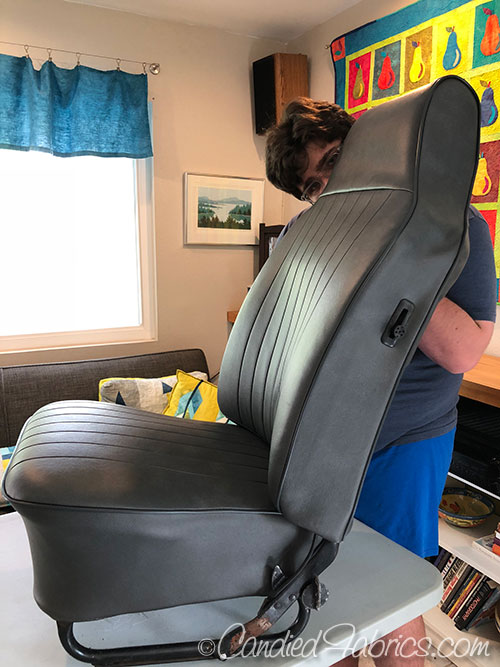 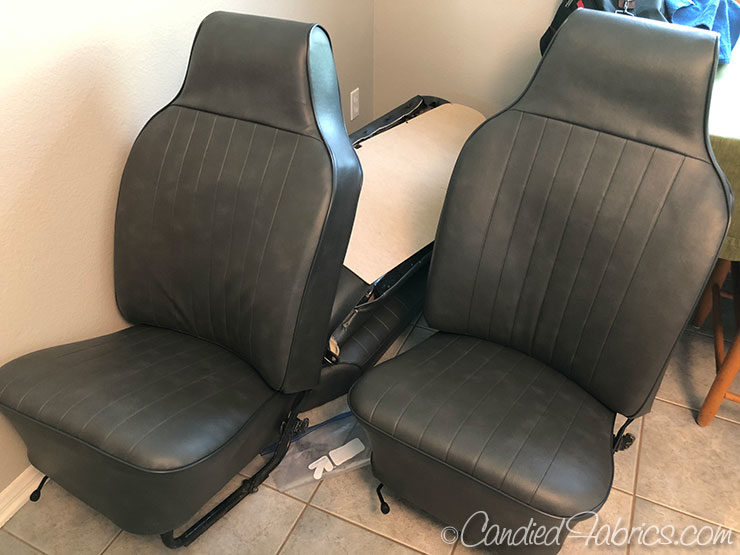 Now these will live in our dining/music room until the exterior gets fixed up, fingers crossed that doesn’t take forever! I can’t WAIT to see this finished, it’s gonna be so cute!!! (After much deliberation, Logan has decided that it needs to be re-painted it’s original zenith blue, it should look like this beautiful bug:

2 Responses to Work on the ’68 VW Bug Update