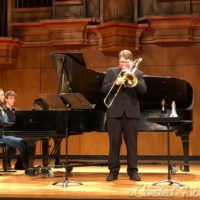 After a whirlwind trip that started/ended in not getting to bed until after 2 AM in both directions, I’m back and sort of recovered from Liam’s Junior Recital at the Blair School of Music, Vanderbilt University in Nashville, TN! 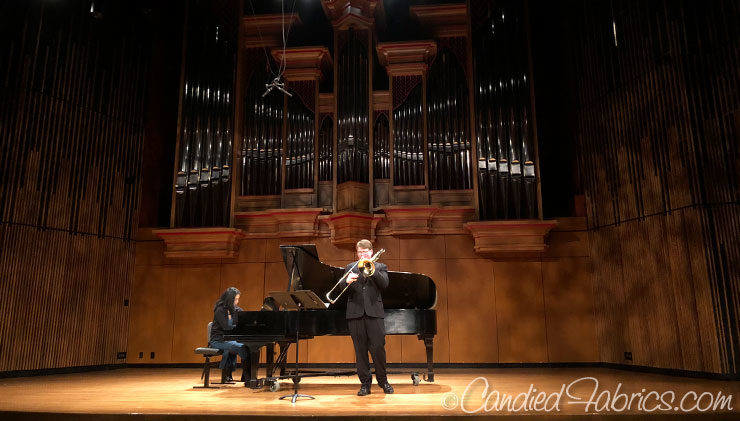 He sounded great, and he was so self confident and sure of himself that I really wasn’t nervous after the first few notes of the first piece! 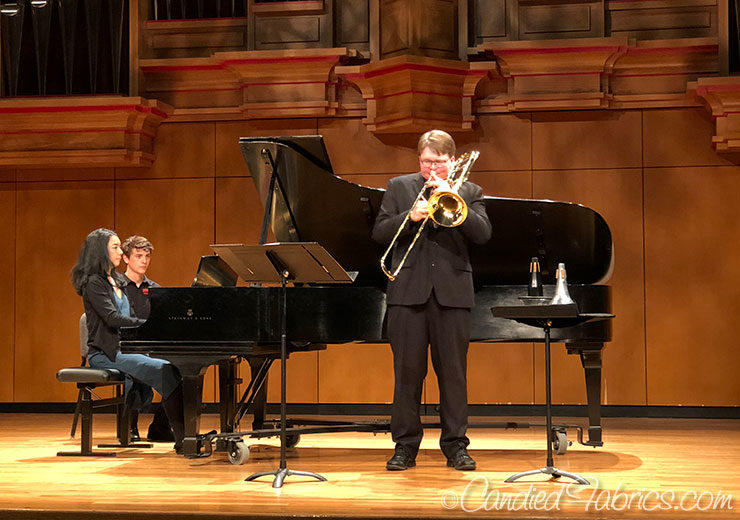 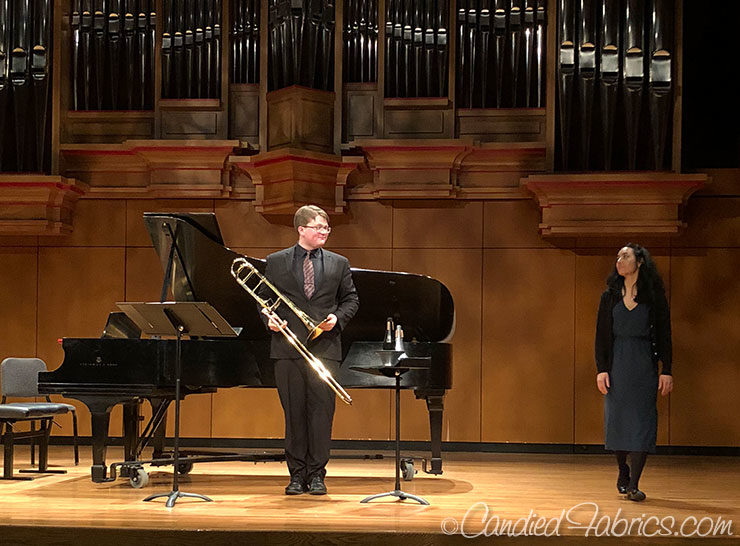 This is his Trombone Quartet, they call themselves “The Helmsmen”. 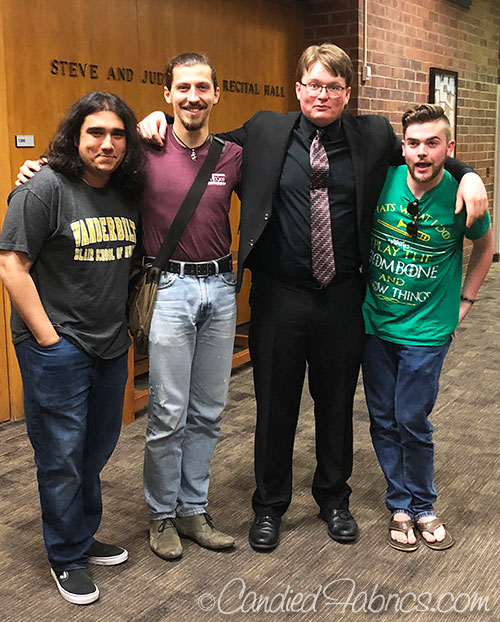 Another Vandy trombonist who graduated last year and is still around Nashville clowning around with a happy Liam: 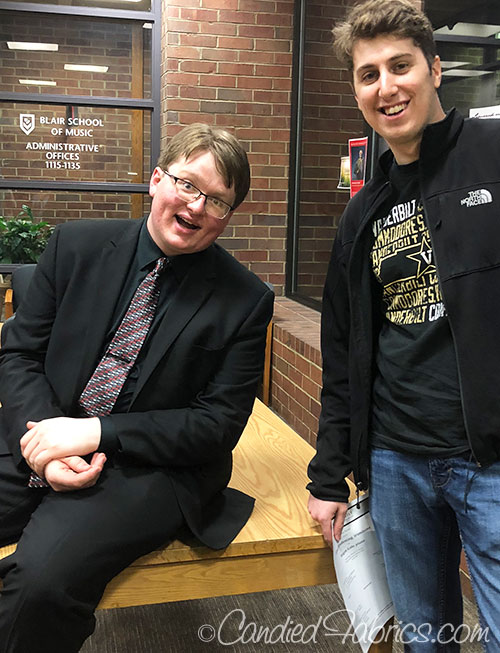 Afterwards, we went out to dinner with Liam’s awesome teacher Jeremy Wilson: 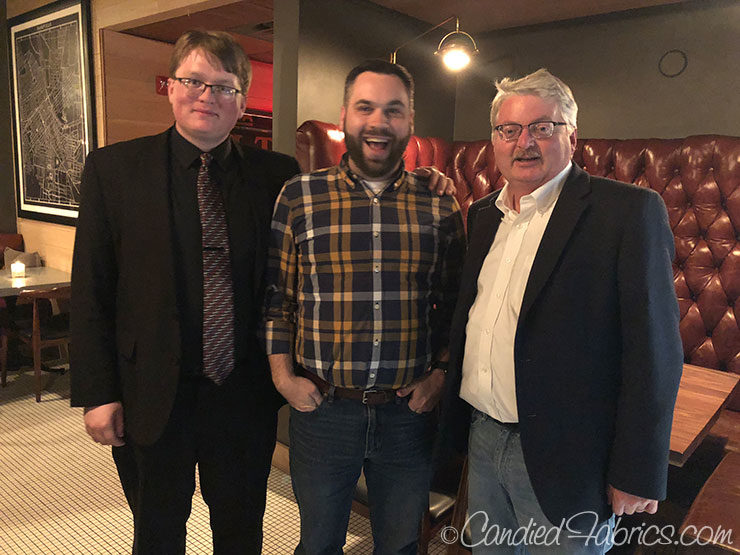 There were lots of redbuds in bloom, and daffodils too! 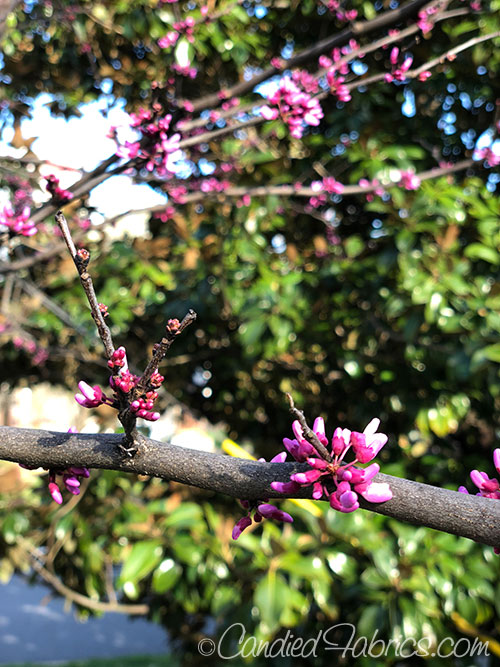 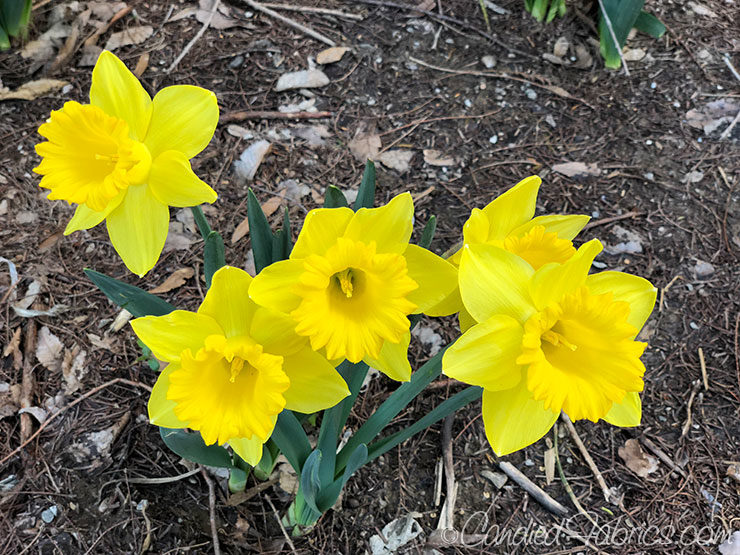 Andrew also taught a masterclass and gave a recital of music written for Trombone and tape (the sound files are now digitized, thus the crazy computer setup) 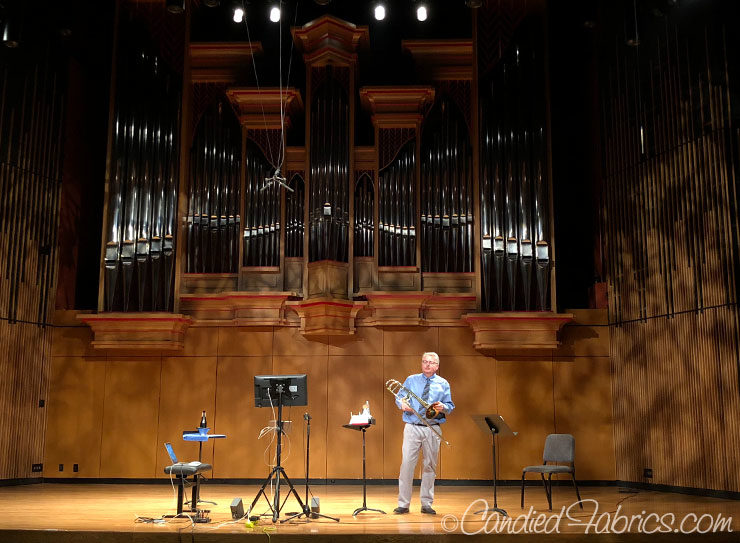 And like that, the visit was over. Liam had a rehearsal and then performance as soon as Andrew’s recital was over, such is the life of a musician! 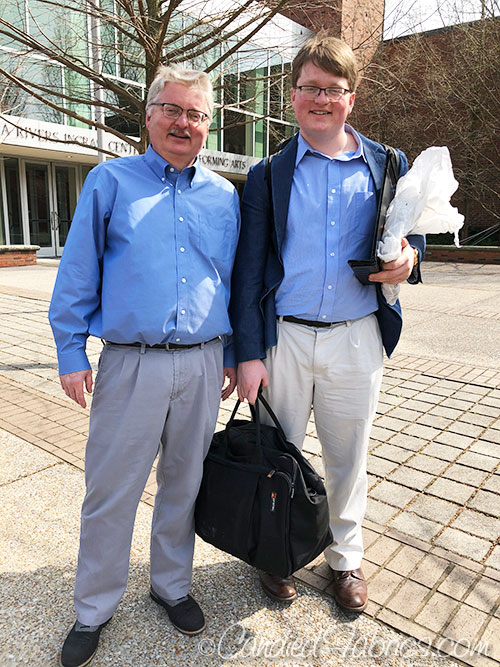