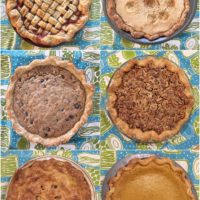 It’s been a crazy couple of weeks! The Friday before Thanksgiving hubby and I headed to Scottsdale where he had a conference through Monday night. It’s held at a really nice resort, so this was supposed to be a bit of break for us, especially me. Unfortunately I came down with a really bad cold Thursday afternoon, so I spent most of the weekend in a fog. We returned Tuesday afternoon and went straight into shopping and prepping! This year I made all my own pie crust! I needed 5 batches for seven pies, and I was able to get all of them mixed up and put in the fridge on Tuesday night. Wednesday I made 7 pies: 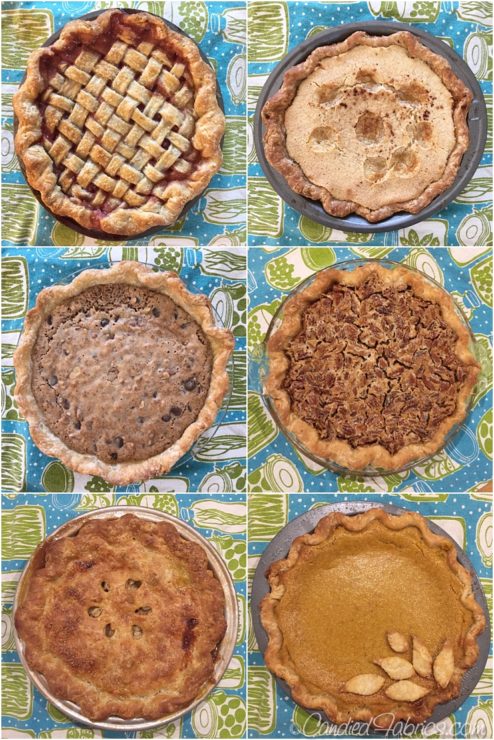 The strawberry rhubarb pie isn’t pictured because I burned the top, AHHHH! We were able to peel of the burned part, sprinkle sugar on the top and brulee it, it actually tasted really good, but it wasn’t pretty! This year we had the biggest group for dinner, 20 in total! 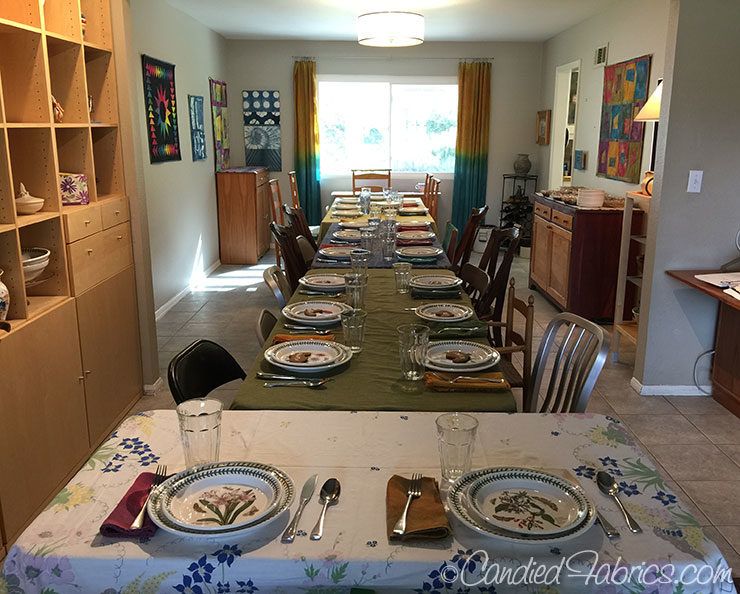 I didn’t get too many pictures from the day, but a few were captured: 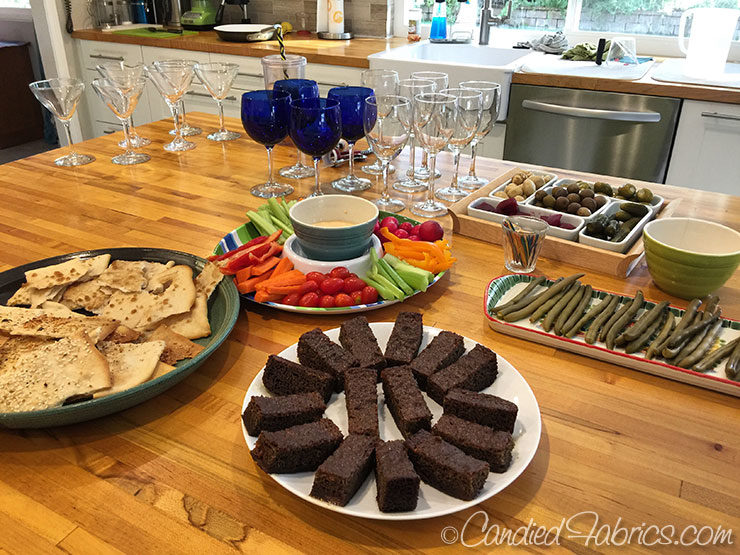 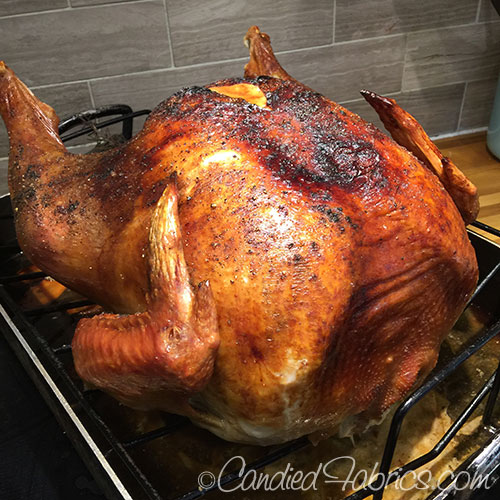 Logan and I made gingerbread cookies for placecards, they were a big hit! 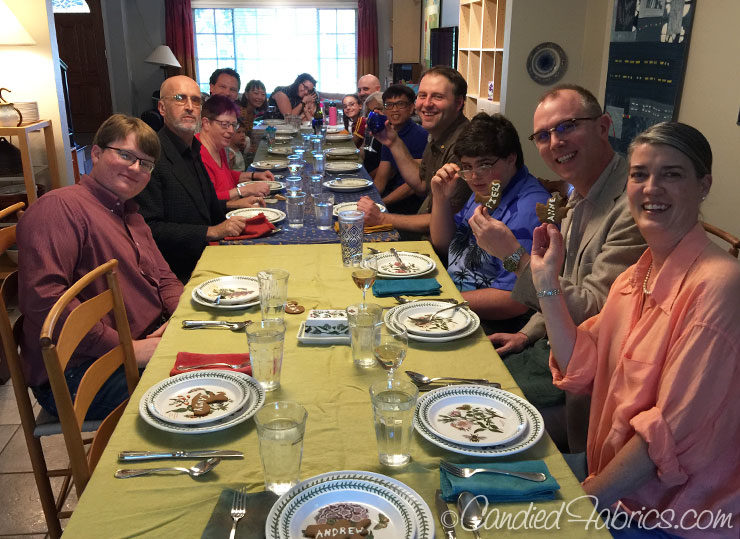 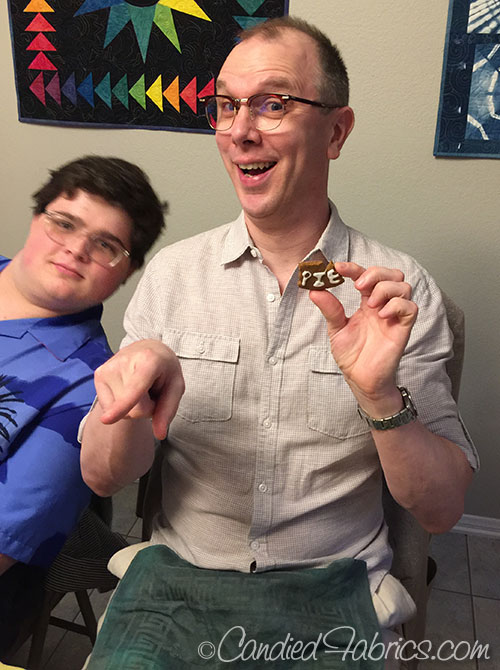 With the pies brought by guests we had a total of 11 pies (one is in the fridge at this point): 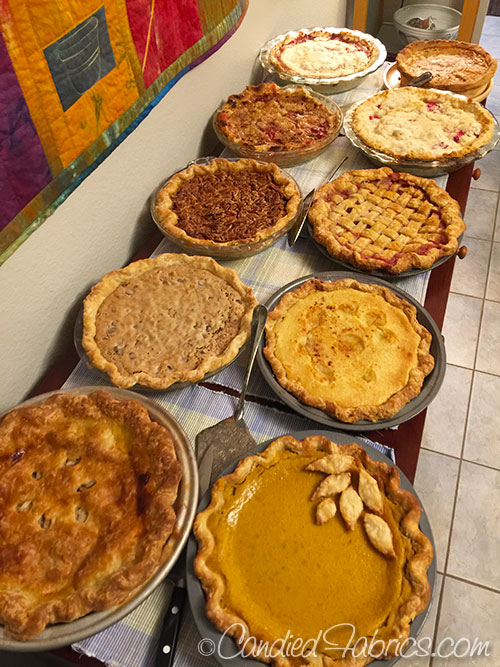 All too quickly it was time for Liam to return to Nashville and we’re all back to school! 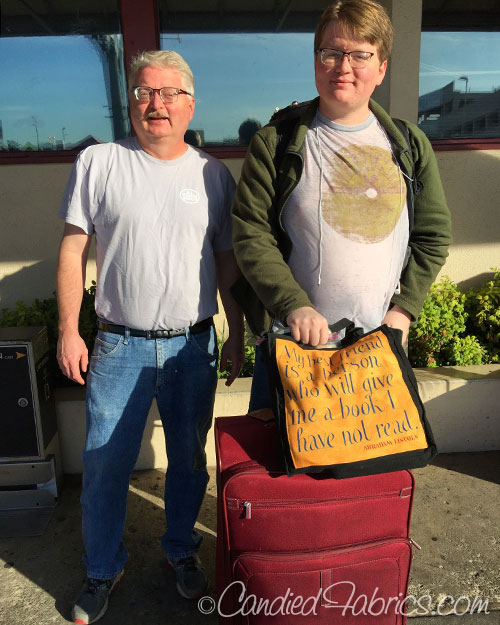