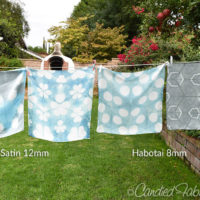 A friend of mine is fighting brain cancer, and asked me for a couple of square silk scarves she could use as a head covering. She wanted subtle blues and greys and really likes the shibori scarves that I’ve been dyeing, especially the trellis and moon series. Of course, I was so happy to know that I could make something she would use in the colors and patterns that she wanted! I headed over to Dharma Trading to see what kind of silk scarf blanks they had in the 21″-25″ square range, and there were many. So, I ordered 2 of each type (one was back ordered). 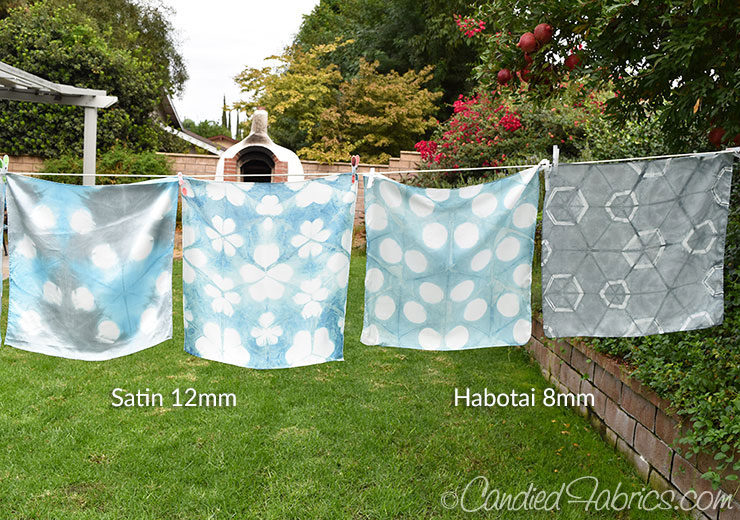 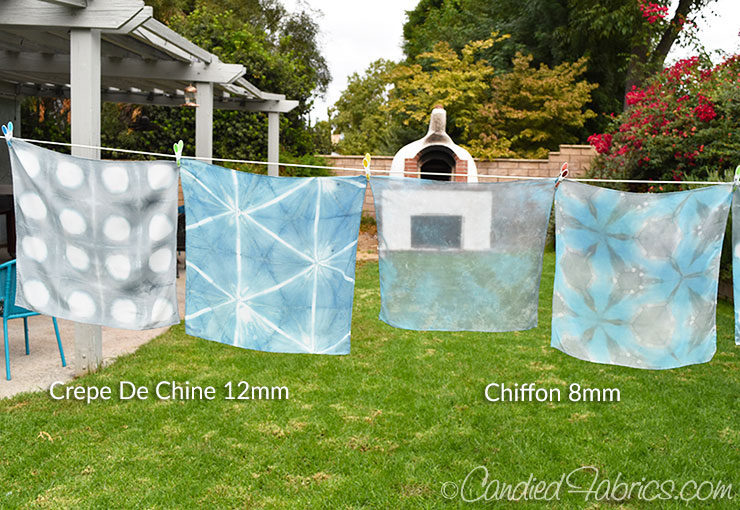 Of these four, my favorite was the Crepe de Chine. It had a nice heft and wasn’t too slippery, but nice and soft. The Habotai was also not too slippery (I worry that if they’re too sliperry they may not stay on a hairless head…). The Satin was the slipperiest of the bunch, the Chiffon was the least. The Chiffon is very see-through, but this was negated when folded in two. I gave her all 8, she was a bit overwhelmed, but hopefully this will give her plenty of options. When I see her I’ll be sure to ask how they’re performing, and I’ll be sure to share that info here. 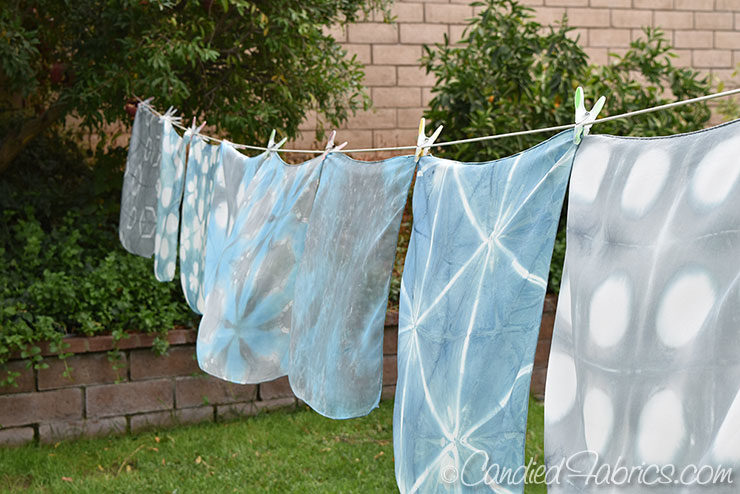 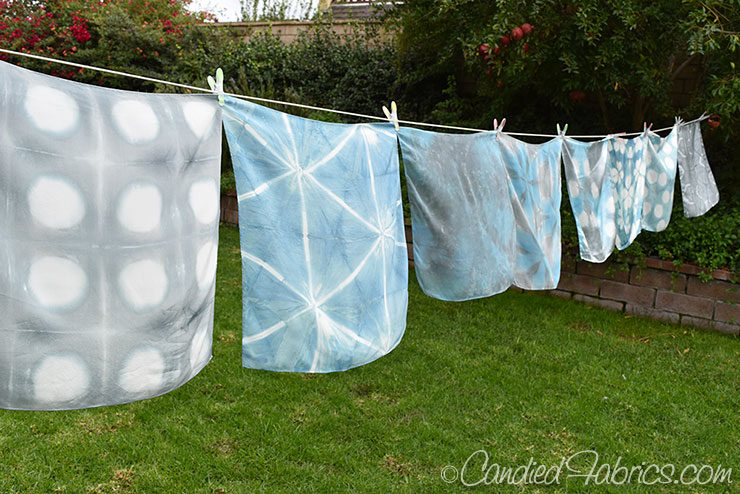 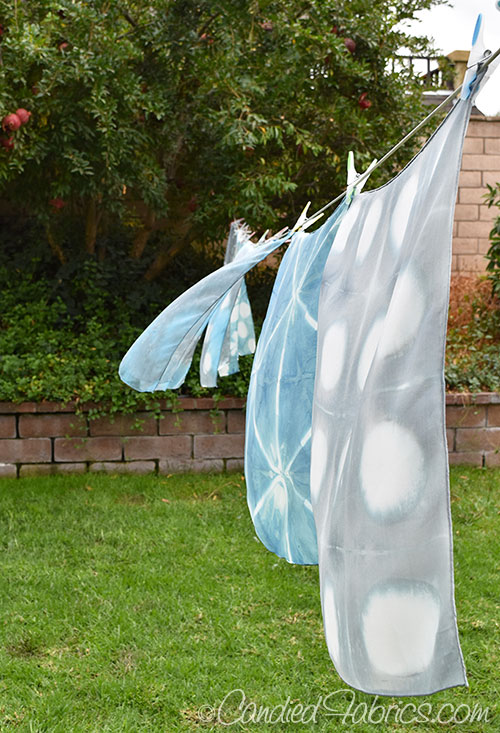