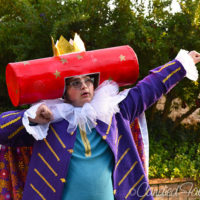 Logan and I have been working on his Halloween costume off and on for the past month. He wanted to improve last year’s costume of the King of All Cosmos, a video game character, click here to see what he looks like:

So here is the new, improved King of All Cosmos 2.0! 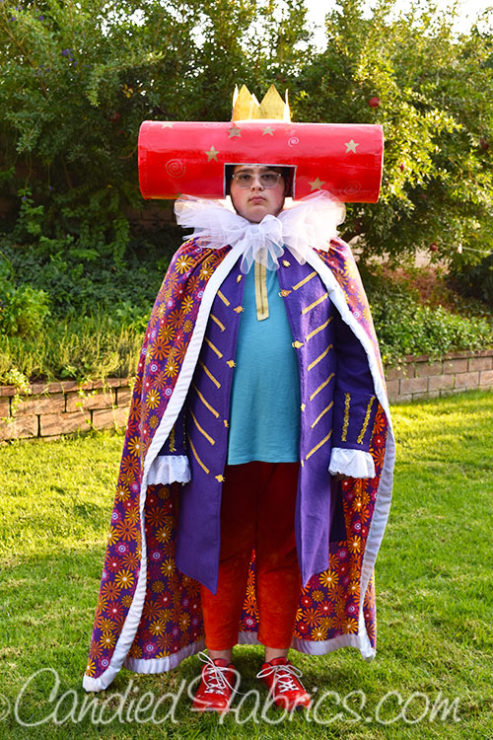 We kept the shirt and the cape, everything else is new.Hubby and Logan built a lighter tube for the headpiece. I realized the weird thing around the neck of the character was a cartoon version of a ruff, which is basically a neck tutu, so that was easy enough. The jacket was not. I’m now a clothing sewist, but I did my best! I used felt so I could leave out the lining and from far away it looks just fine, so phew! I dyed some leggings in a slight gradient from orange to red, and Logan spray painted some white sneakers red. 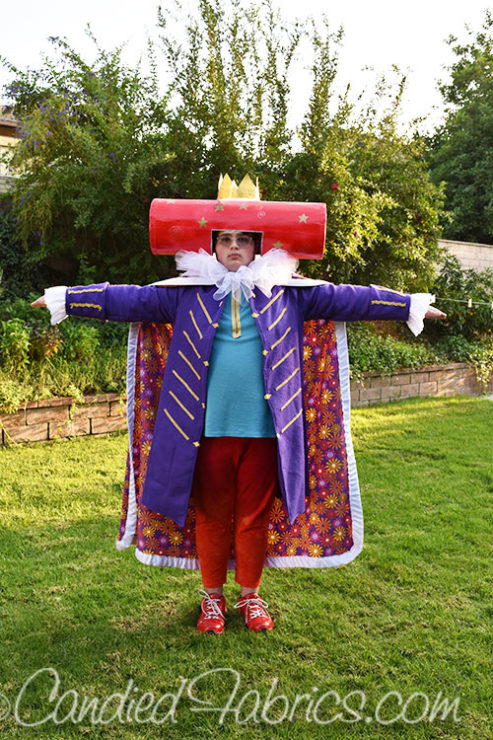 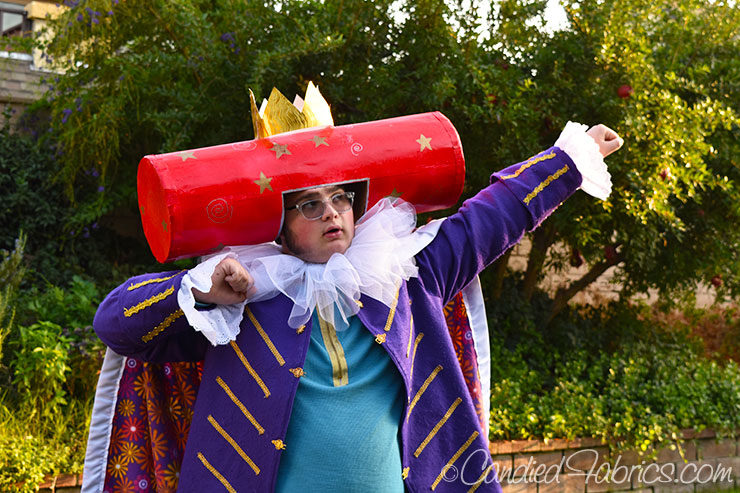 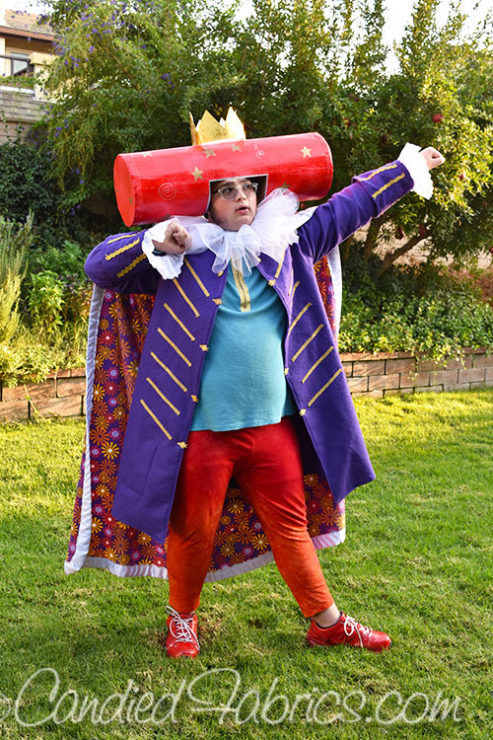