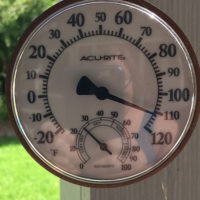 I’m pretty sure that every September goal post you’ll find me complaining that summer went by too fast, and this one is no better!

I got less accomplished than I had hoped, but I did have a fabulous FMQ class in August! Look at these happy students: 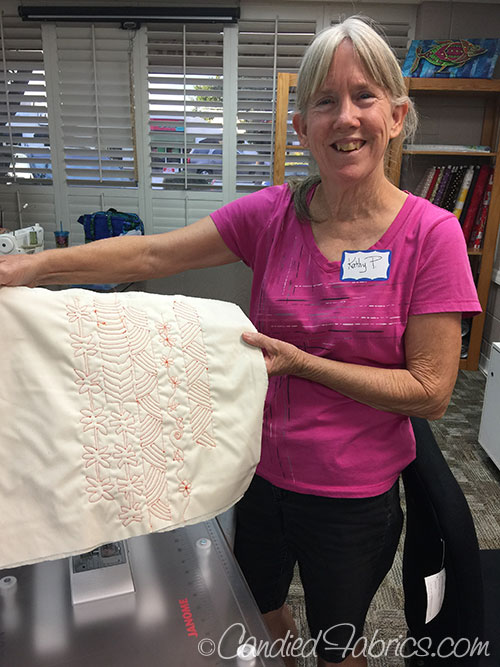 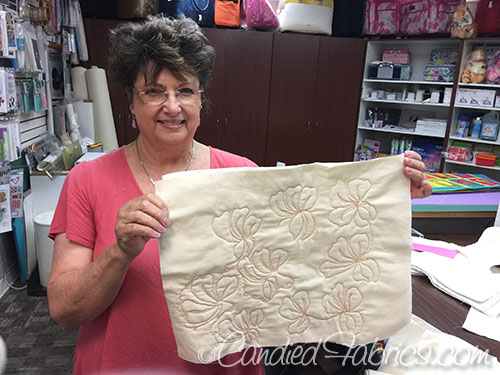 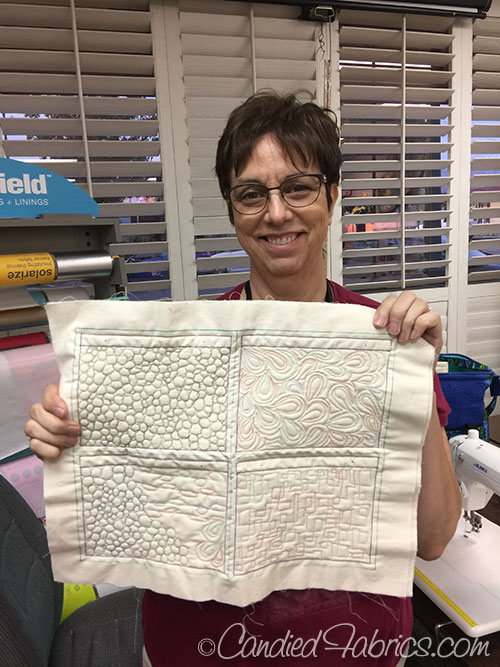 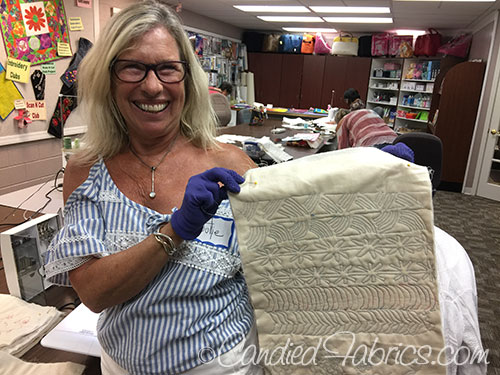 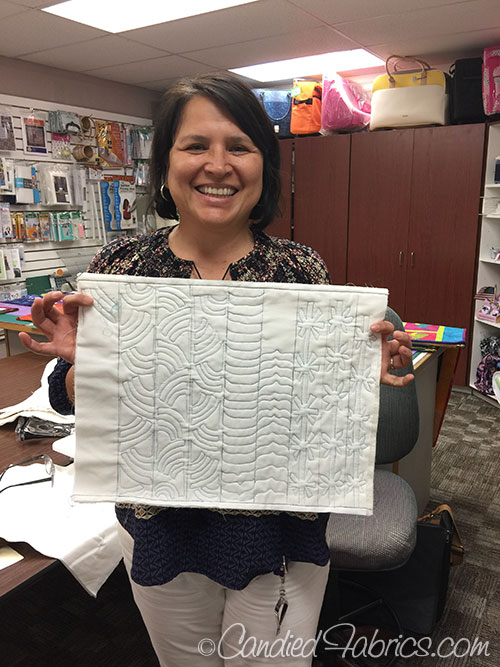 We all had so much fun and they all learned a LOT! I’m excited to teach a new format for Free Motion QUilting classes this year – a club that meets once a month from September to May (except December).

I also was able to get a bit of dyeing done after returning from Nashville, but man it’s been HOT!!!! We’ve had several days of weather over 100 Fahrenheit, and then Saturday there was a wildfire in the hills between my city and the next one over that grew to over 3200 acres. The light was eerily orange and dusky most of the day, and everything outside was covered in little bits of ash. Thank goodness I only had one scarf dyeing out in my backyard, washing the ash off of that was easy enough. I hate to think of dealing with 50 scarves covered in ash!!!! Thankfully, due to the efforts of 400 firefighters, 6 air tankers, 4 helicopters and 2 bulldozers the fire was under control today, and the 500 people who had been evacuated could return home, and I don’t yet see any stories of any loss of life or major property damage, so the outcome seems to be pretty good! (They had evacuation plan for both large and small animals as well as humans in place; there are some farms in the effected area). 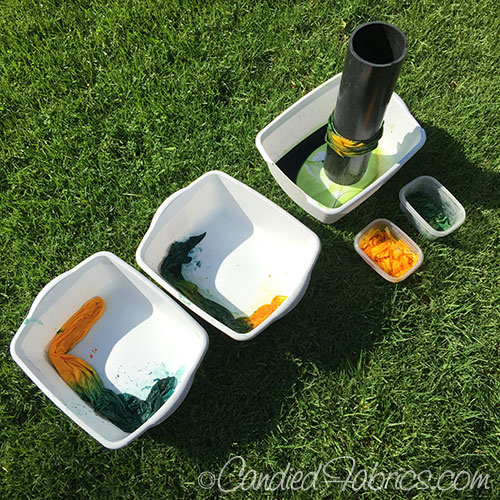 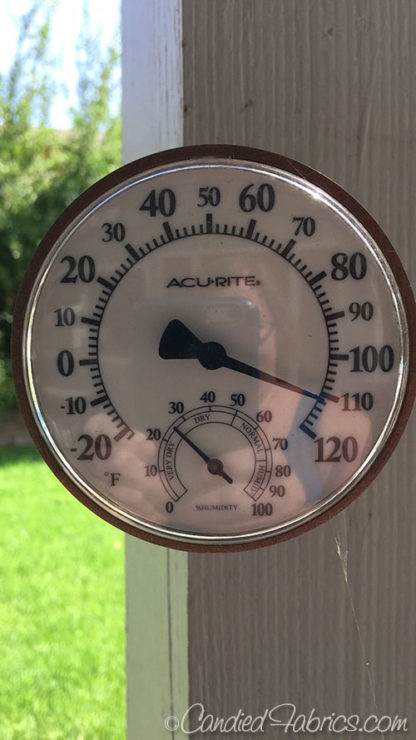 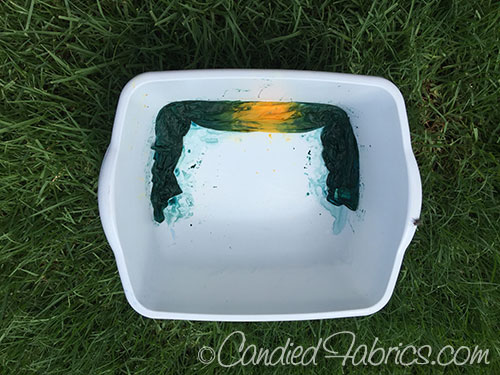 My goals now focus on my upcoming show in October, Art for Heaven’s Sake. Hubby and I have a couple of ideas about displaying in my booth I’d like to execute, and although my hand dyed silk scarf stock is pretty much up to snuff, I need more indigo dyed scarves, and I’d like to make a few more bags…it never ends!

← Logan’s Colorful Room Repaint is Complete!
The Start of Year 3 at Vanderbilt for Liam! →