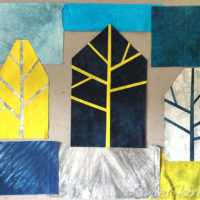 Way back in June I had two days to make a quilt to hang over my mantel in the family room. The size was already decided and not too daunting (30″ x 40″), and I already had the color palette and general idea of three wonky skeleton trees pieced like this: 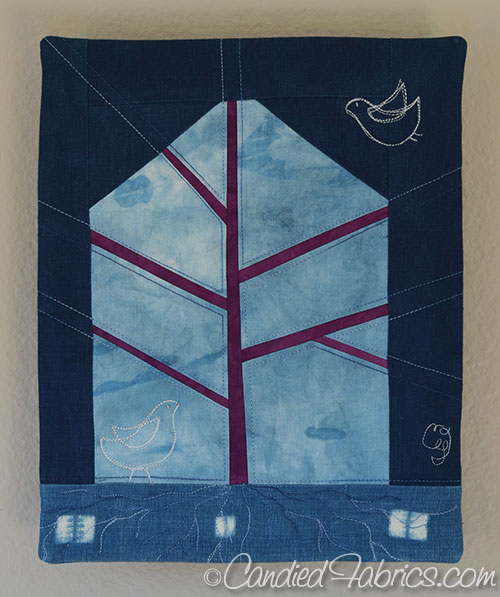 So it was possible to “git ‘er done” before the party we were throwing! So I took pictures along the way, but didn’t have time to blog them. Even though it’s been quite a while since I finished it, I thought it may be interesting to a few blog readers, so I’ll walk you through the steps I took.

First off, I find it really helpful to take pictures of choices that I could make, then as I make a change in color/placement/what have you I can see where I was coming from and sometimes go back to that! Here are a couple of the steps I went through for color placement: 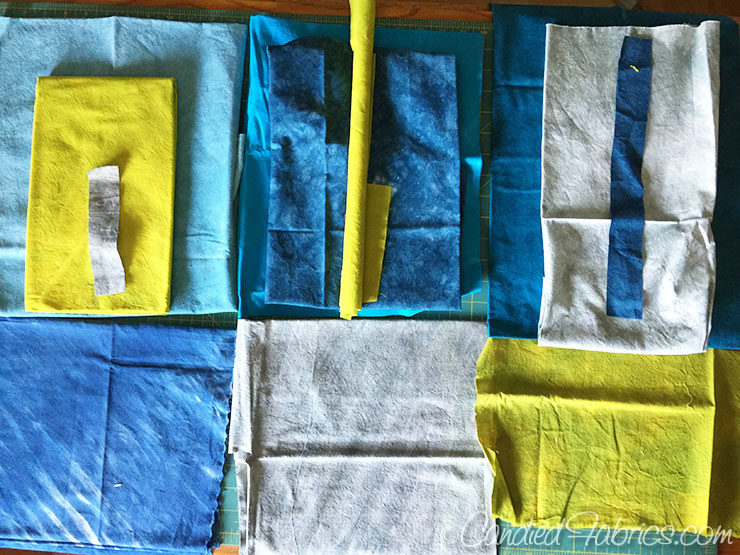 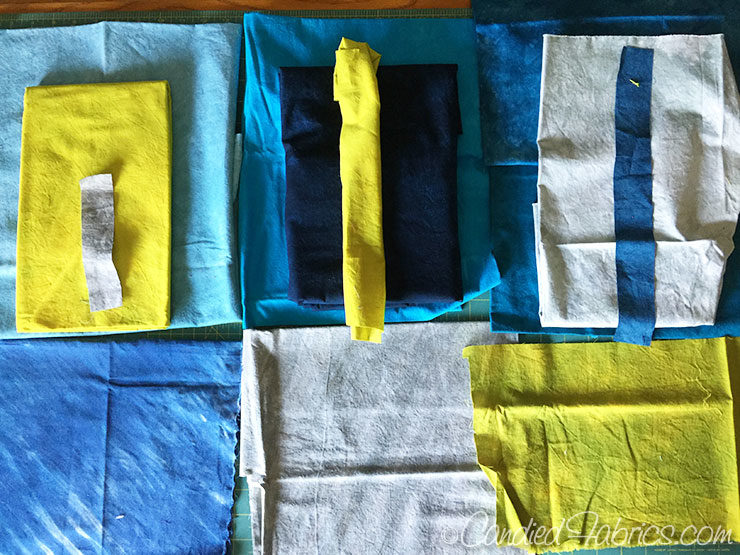 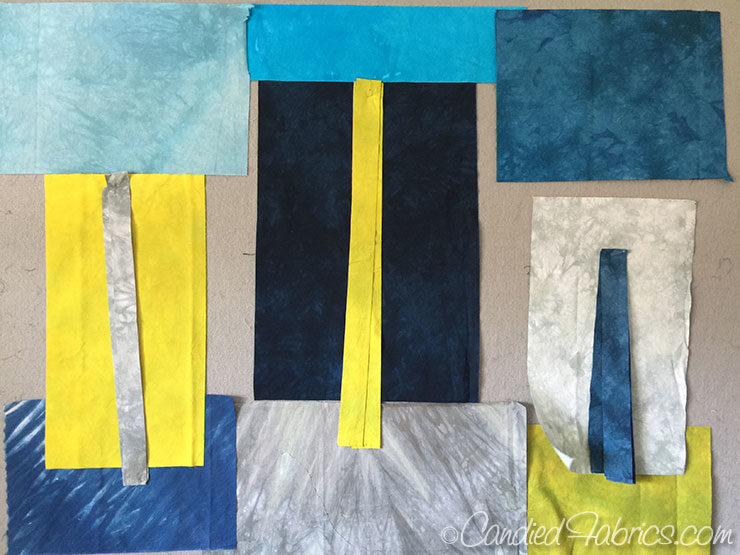 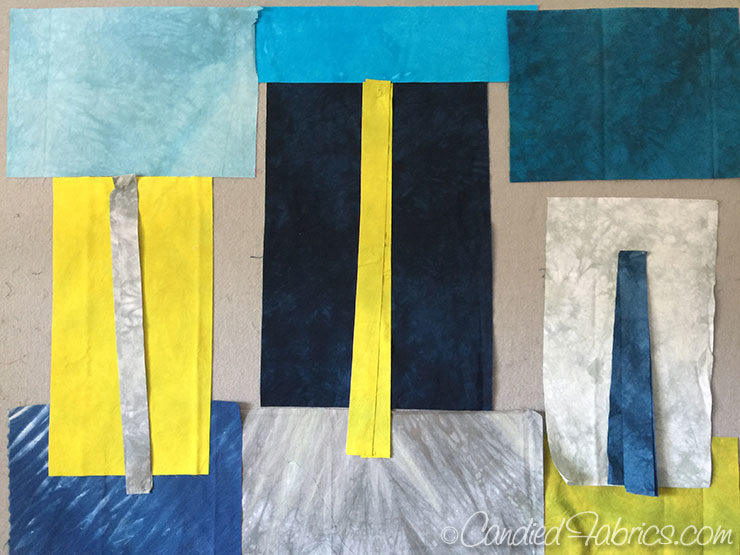 Some of the choices were made because of the size of the fabric I had (like that shibori piece on the lower left), I was aiming for lots of contrast and using different values of greys, blues, and chartreuses. The toughest part was that upper right hand corner. Luckily hubby was around to weigh in on which of the 2 teal/blues worked better, I took his choice and moved on!

Next, I cut the three center pieces into different house silhouettes and then cut it apart to make my skeleton trees. Having this picture on the computer screen was helpful during the piecing. 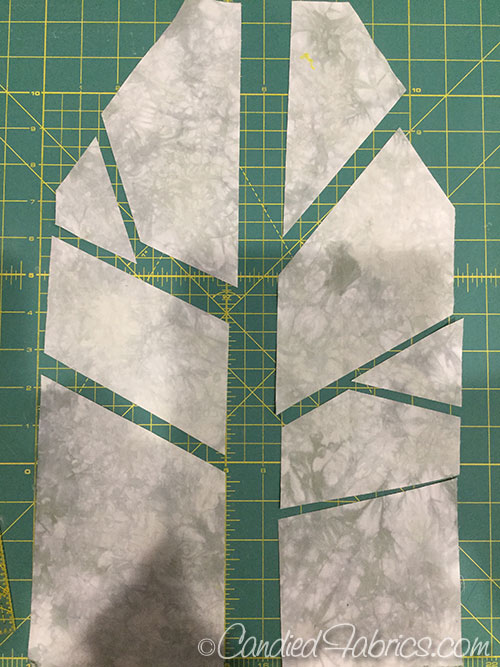 Once the trees were done, up on the design wall they went, I was starting to get excited!! 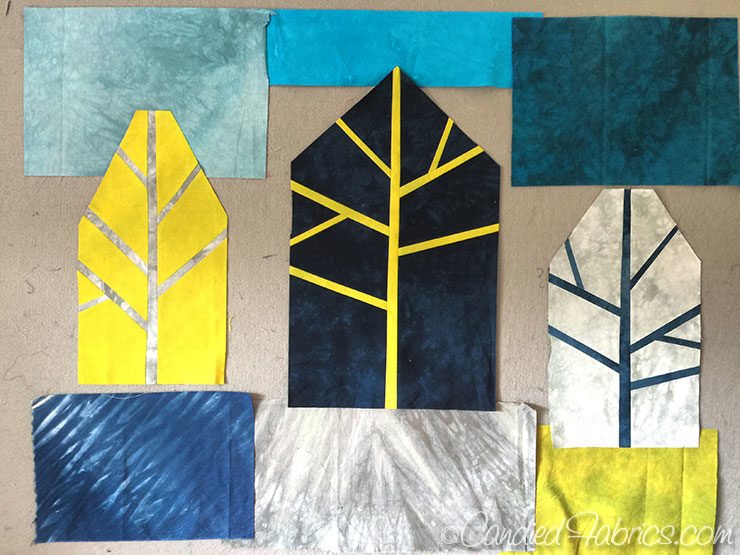 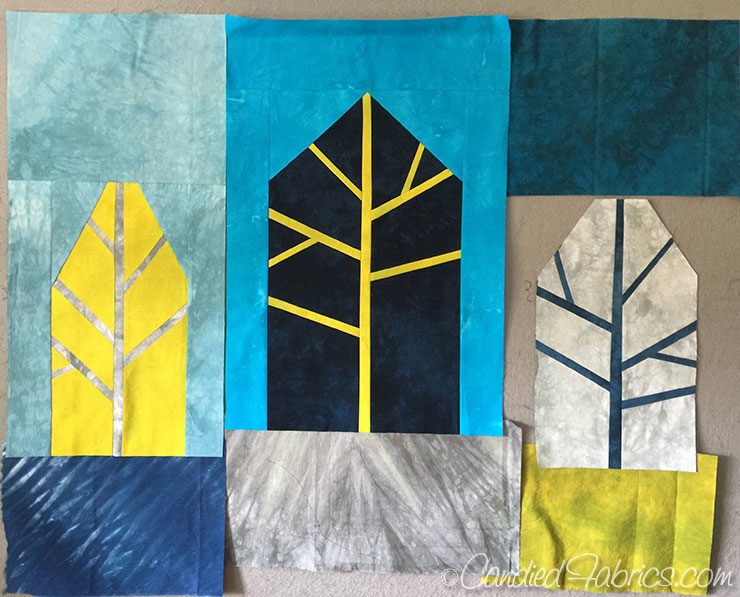 Once I had the three skies pieced, I needed to decide upon the alignment of the trees. Although I had originally thought to have a single horizontal line for all three ground/horizon lines, that didn’t look good at all to me on the wall (I wish I’d taken a picture). 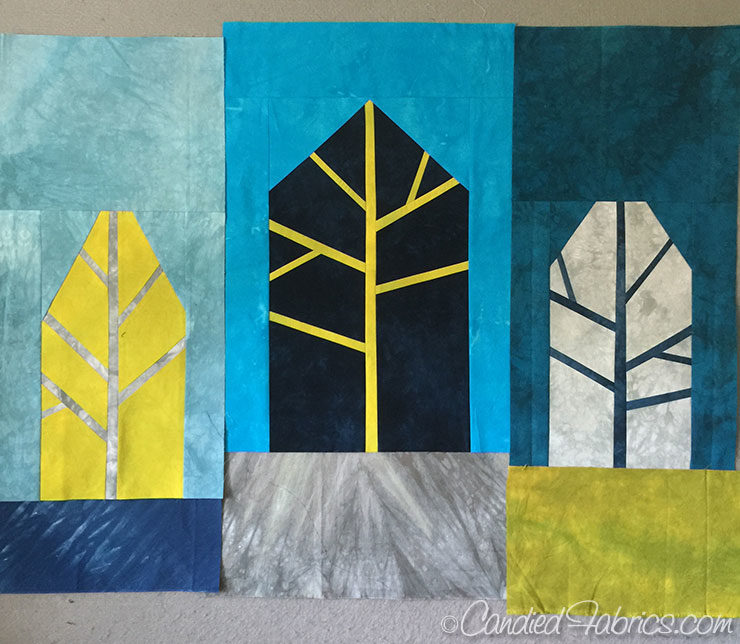 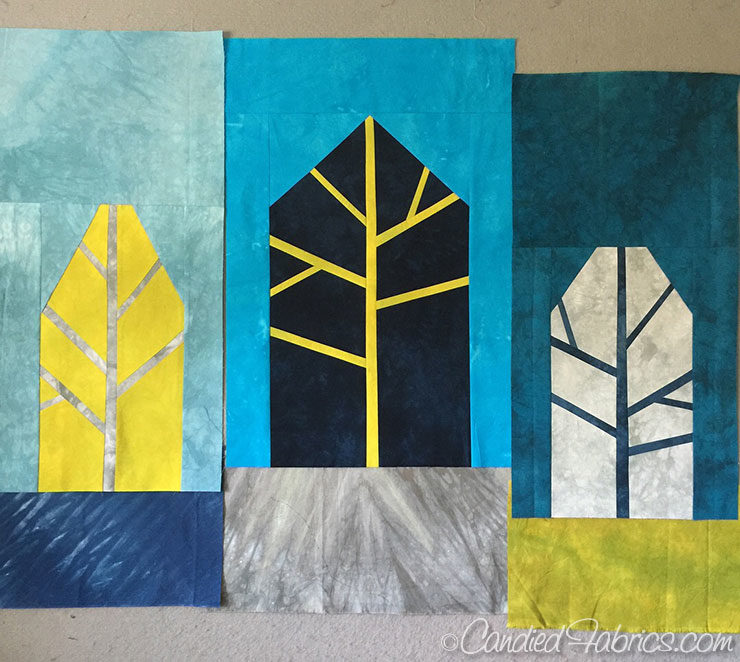 After trying many layouts, I really liked this configuration best, and I stitched it together before I could change my mind! 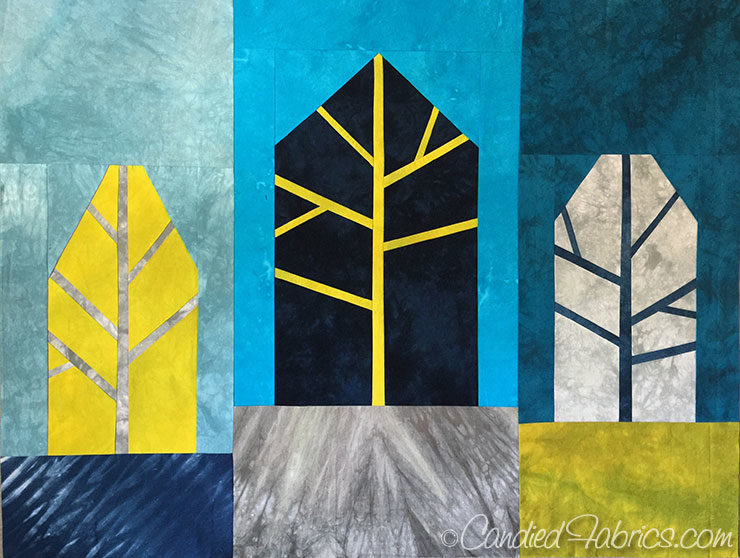 Looking at the dates and times of these pictures, I started the process Friday morning at 11:30, and I had the top pieced by Saturday afternoon at about 3:30!