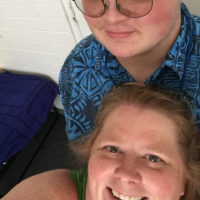 I dropped Logan off on a scorching Saturday at CSSSA. He’s never been away from home without family, except for a couple of science camps in middle school, and in that class his whole entire class along with their science teacher were there. He and I were a BOTH bit apprehensive, but felt better after meeting his awesome head of the film department. After a bit of shopping for forgotten items and nice lunch, we got him set up in his large dorm room and I had to head back to Redlands to host yet another party. 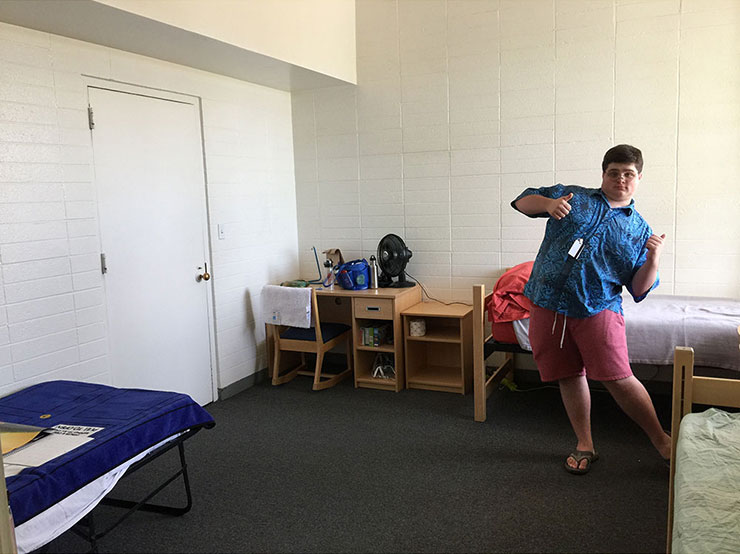 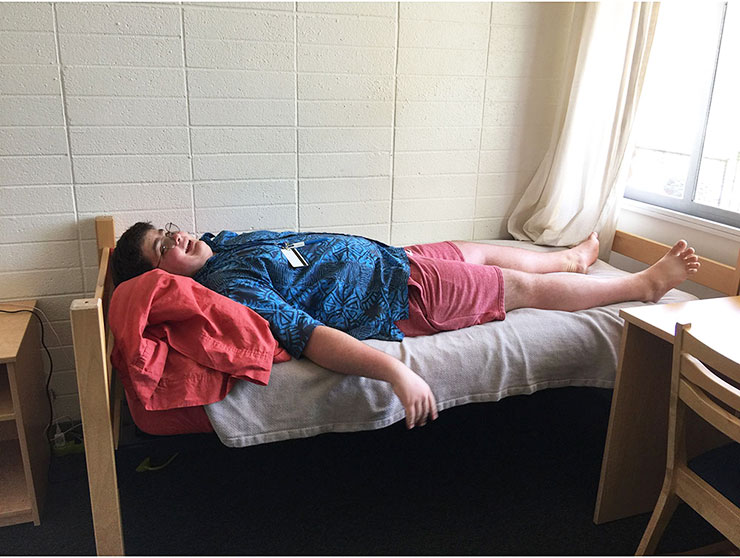 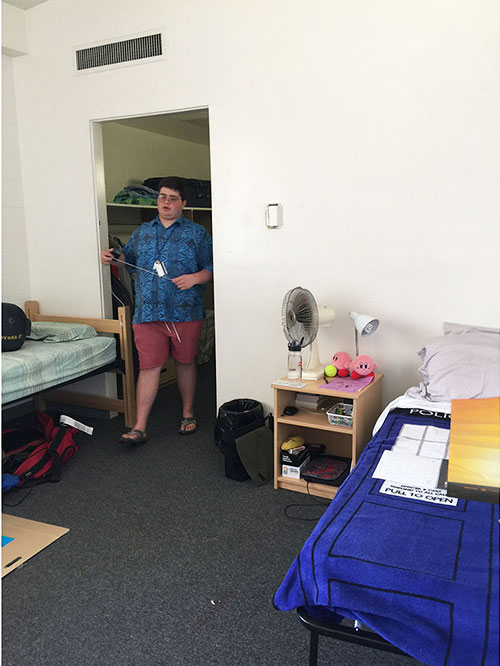 There are 3 people, one who sleeps on a rollaway bed, and only 2 desks, so I assume that during the year this room only holds 2, which is quite a nice size! And they have a walk in closet! I actually convinced him to take a quick selfie with me! (Not something we ever do!!!) 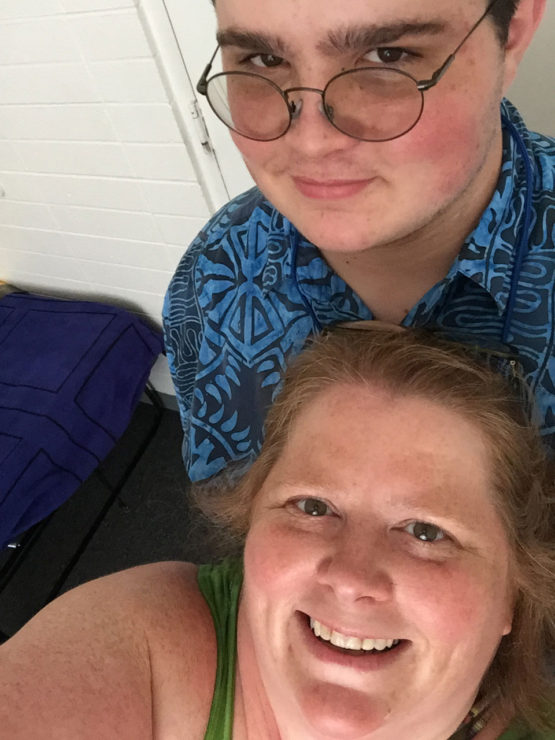 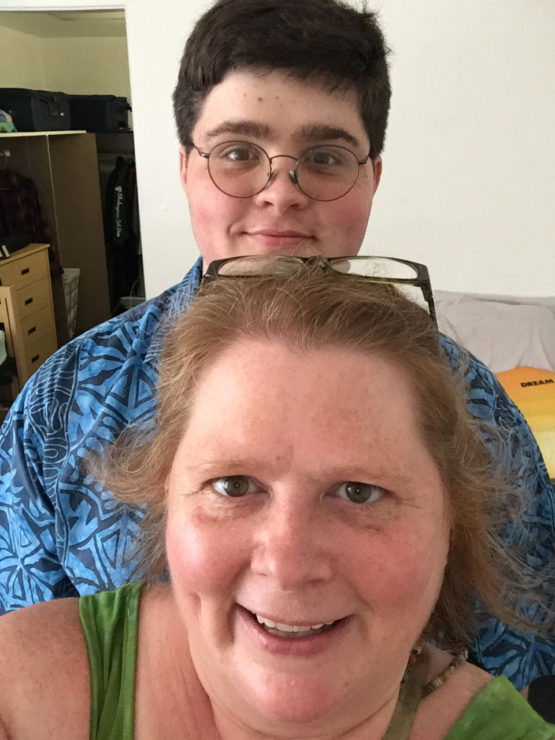 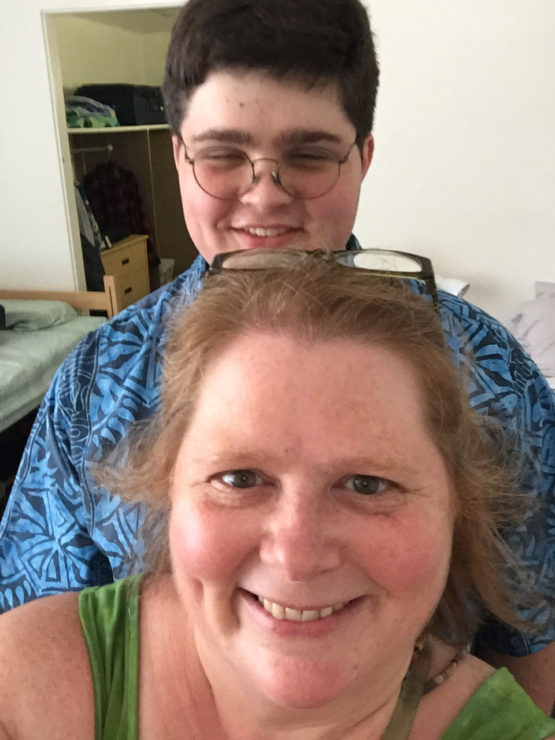 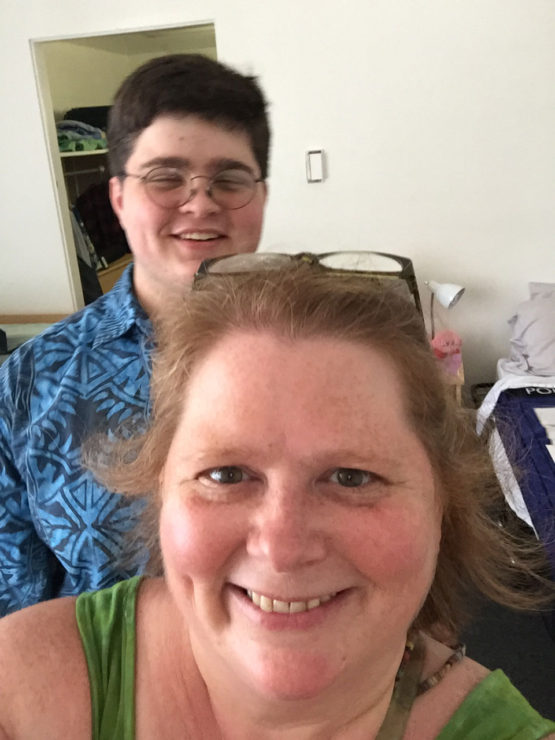 We had a quick text conversation last night, he’s having fun, the kids liked his film he made for his application, and the cafeteria has a milk dispenser that dispenses really tasty chocolate milk, so all is well!!! FIngers crossed he learns a ton!!

2 Responses to Another Milestone for Logan!