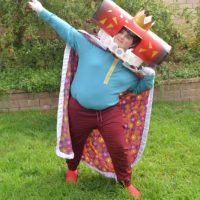 After a year or two of boycotting trick or treat, my 15 year old Logan is once again excited to make a costume that he can wear to school and go trick or treating with his friends! In fact, he’s been obsessed with creating a costume after a character in a video game  that he likes called Katamari: the King of All Cosmos! This was a family affair, with hubby coming up with the idea and making the scaffolding for the “ruff”, as well as cutting styrofoam circles that hold the tube thing that goes across the top of the head. I sewed the cape and the cool gold zipper onto the front of the blue shirt. 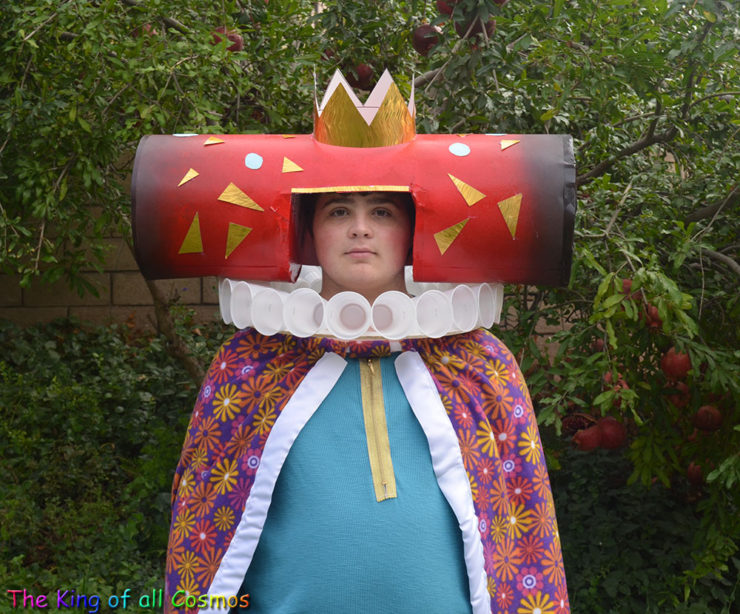 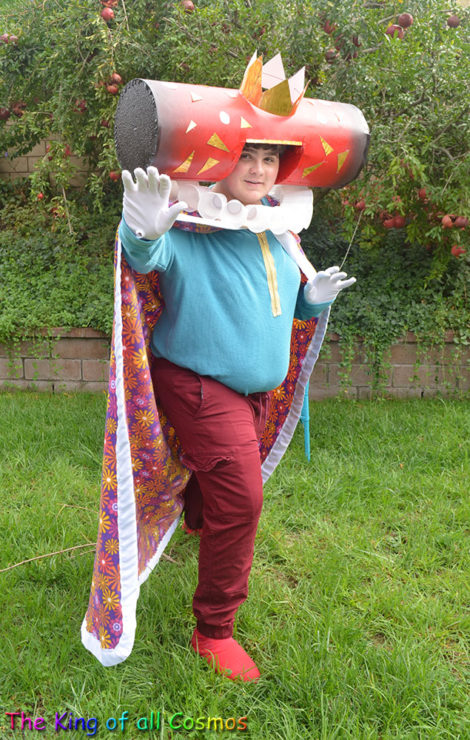 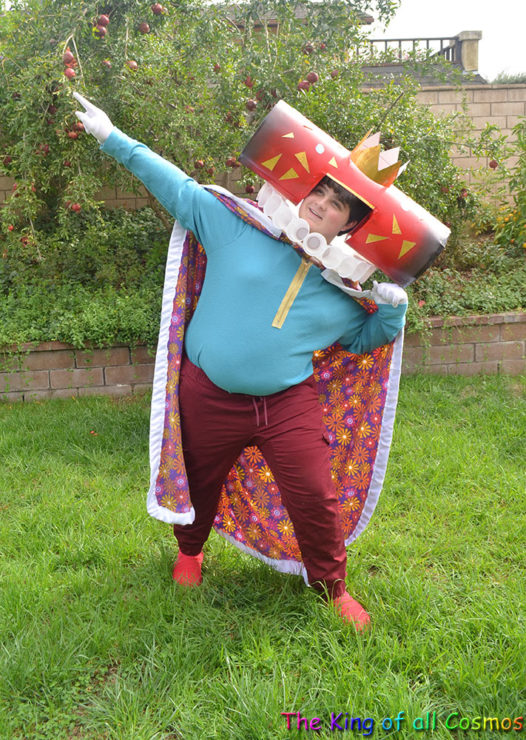 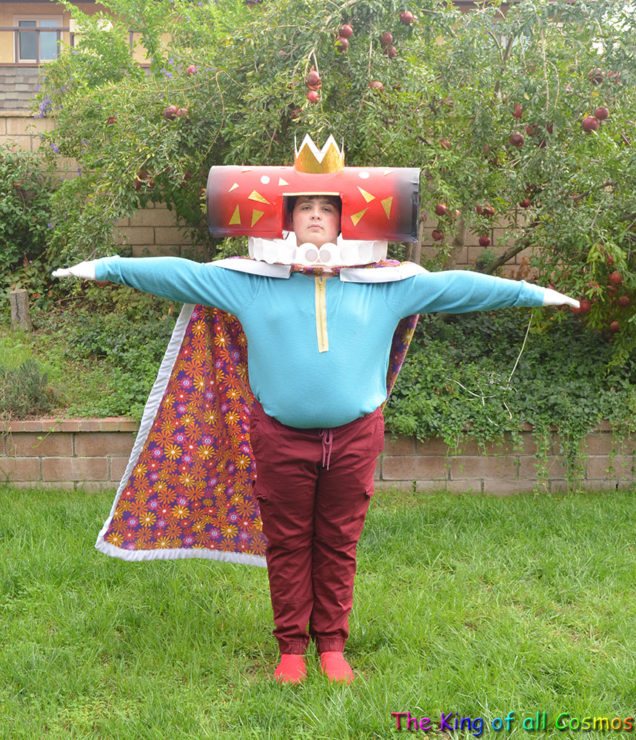 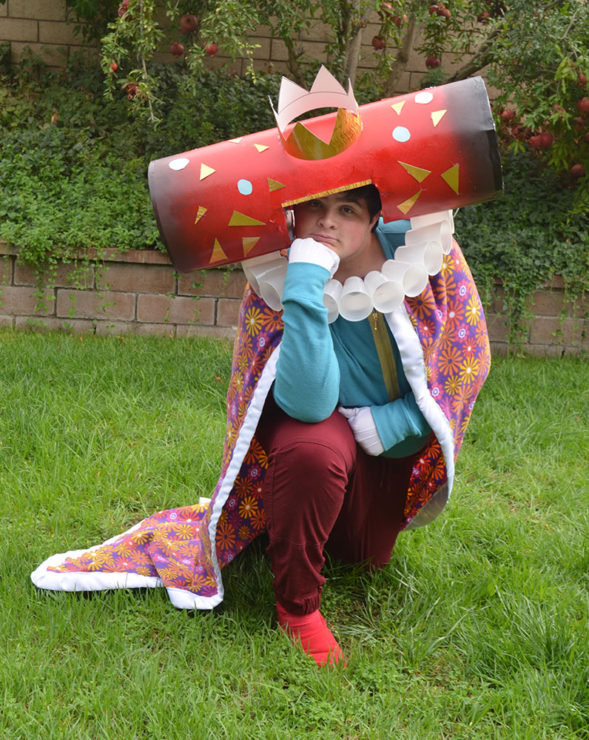 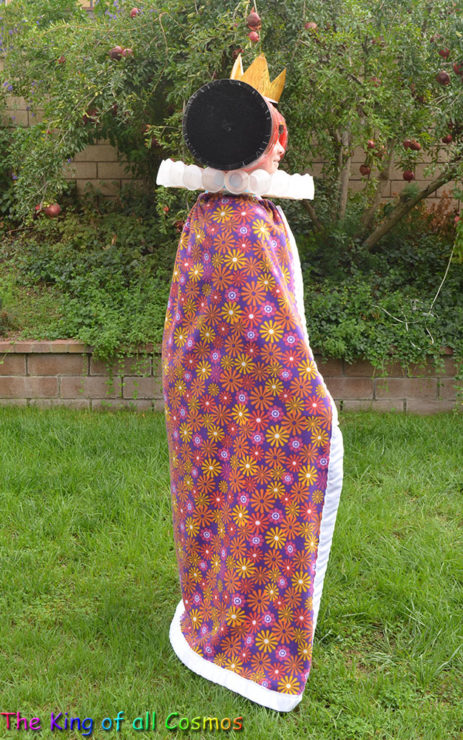 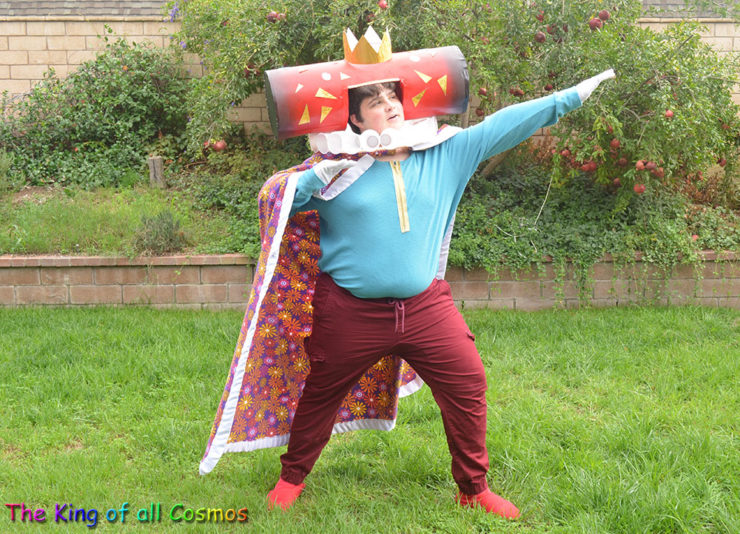 If you can’t tell, he’s quite happy with it! Also, he wants you to know that the Comic Sans font was used for irony! 😉

Ah, the happiness of a plan that turns out the way you want it to (although there was some stress along the way….)!!!!!

One Response to Happy Halloween from the King of All Cosmos!