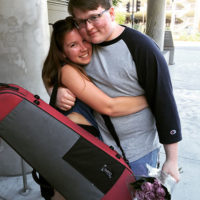 It’s been just over a month since Liam returned home from his first year as a Trombone major at Vanderbilt University’s Blair School of Music! His girlfriend Celia was finishing up her final year of High School at Crossroads in Santa Monica, and had lots of free time to join us for several momentous occasions!

Picking him up at the airport: 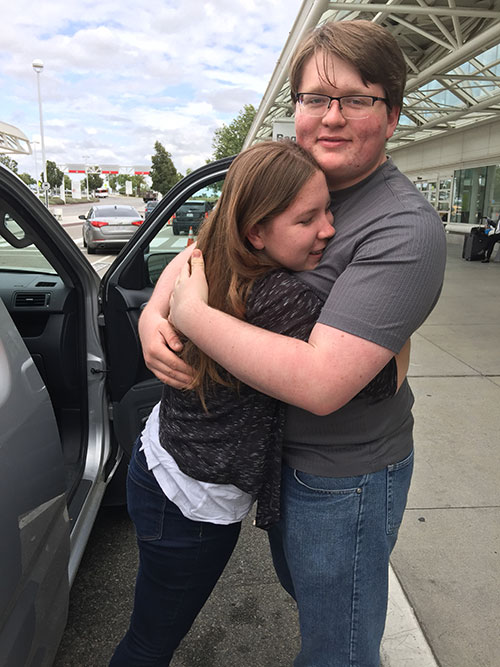 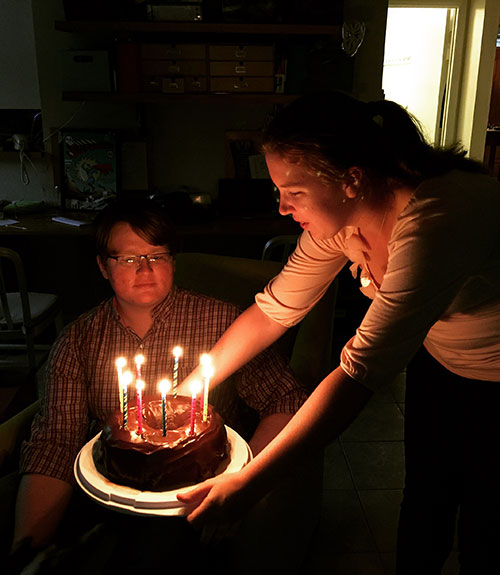 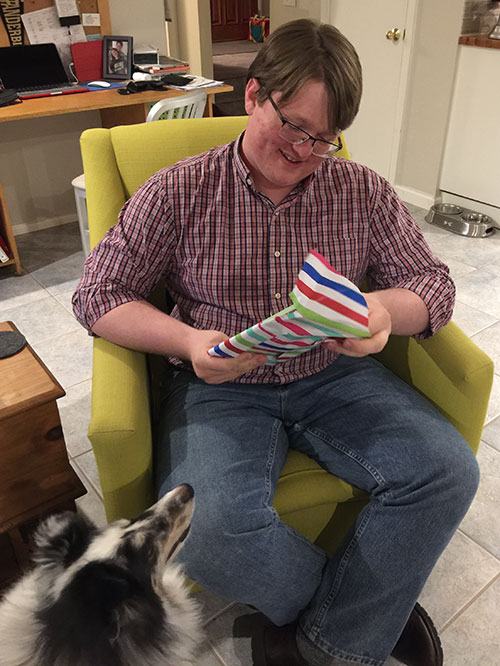 Logan had a GREAT idea for a present for Liam, who is a big Alfred Hitchcock fan. A week before he’d made Liam pose back to back for a picture, ostensibly to see how close Logan was to Liam was in height, but really so we could have Liam’s profile, so I could trace his profile and create a “Liam Glendening Presents” poster. As you can see, Liam was delighted: 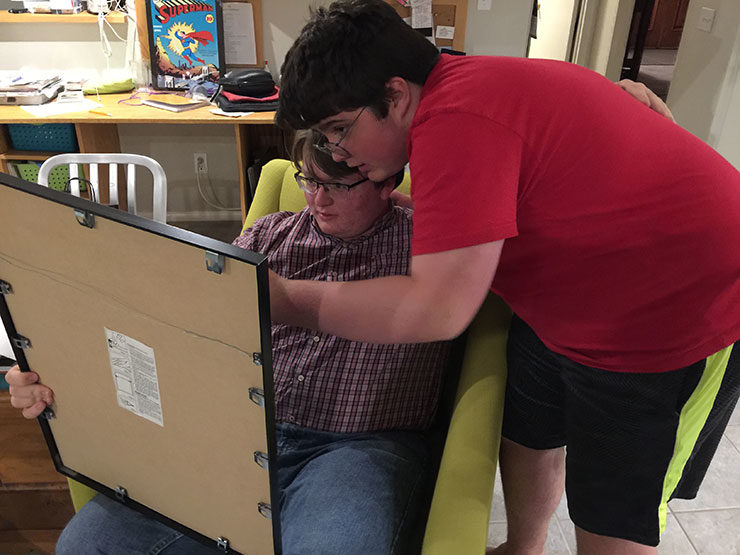 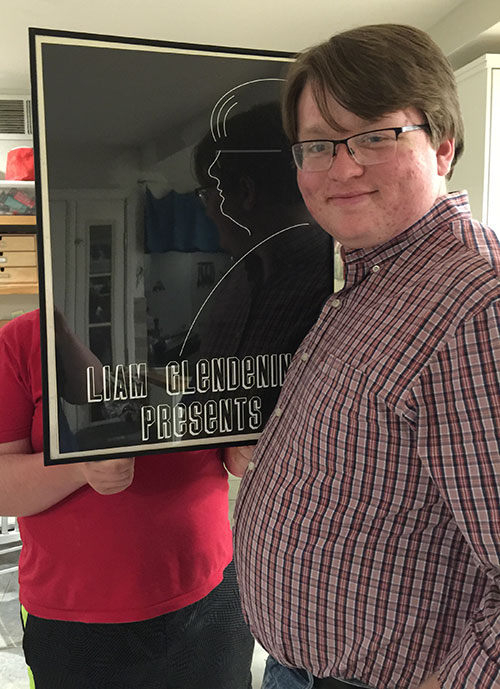 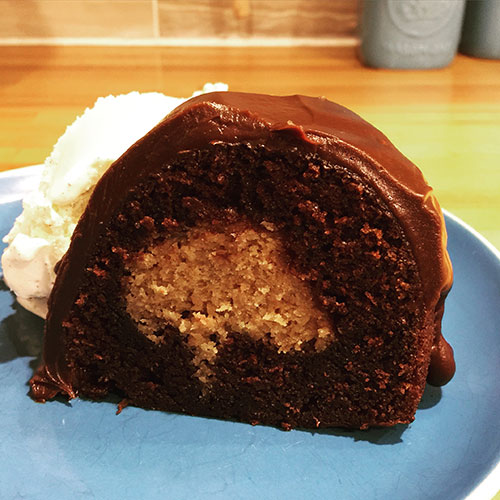 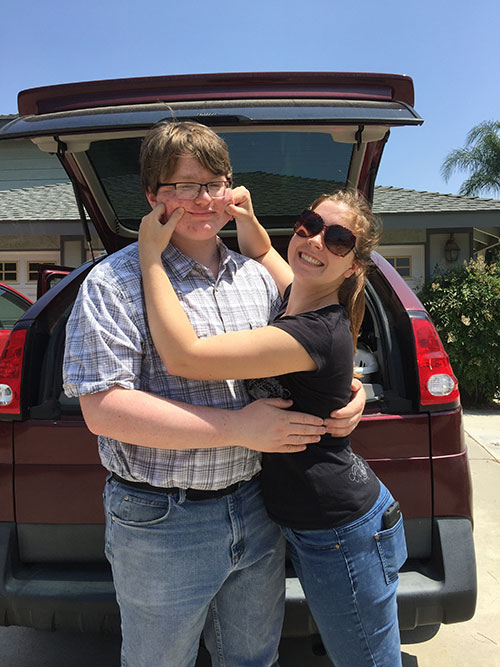 And then, just before he headed to Canada, he was able to attend most of her recital:

He had to leave during her last piece to take a shuttle to LAX so he could fly to Quebec (more about that in a minute). By the time he returns to Redlands, she will have moved to her parents new home in Virginia. She’ll be attending Boston University in the Fall, which is a short plane ride away from Nashville, but still a lot longer than Redlands to Santa Monica, so there’s sadness on both sides (she started crying as he had to leave while she was playing on stage, awwww…..) Thank goodness for Facetime!

Liam’s now at Le Domaine Forget Music and Dance Academy, for a 2 week session for low brass, studying with some amazing musicians. His red-eye flight got him to the bus station in Quebec City in time to take the only direct bus to the campus, a 2+ hour drive north along the St. Lawrence River. He actually sent us some pictures of the campus, it is so beautiful and green, and so reminds me of Mt. Desert Island, Maine, where I spent my summers growing up…sigh… 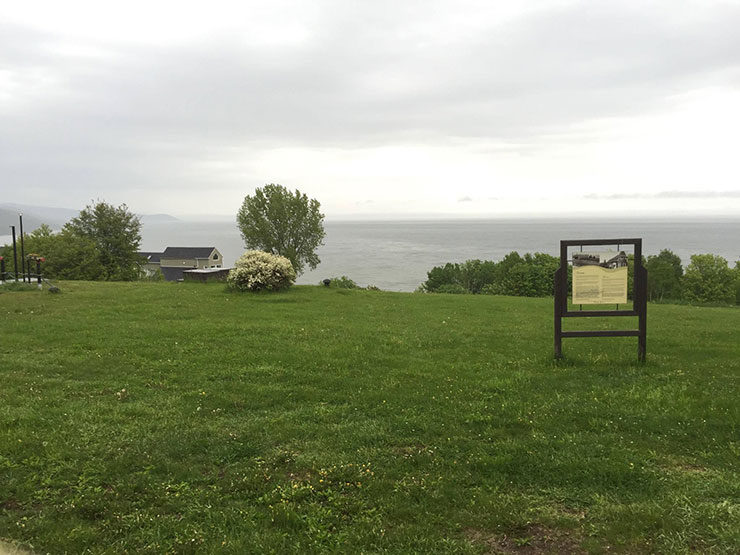 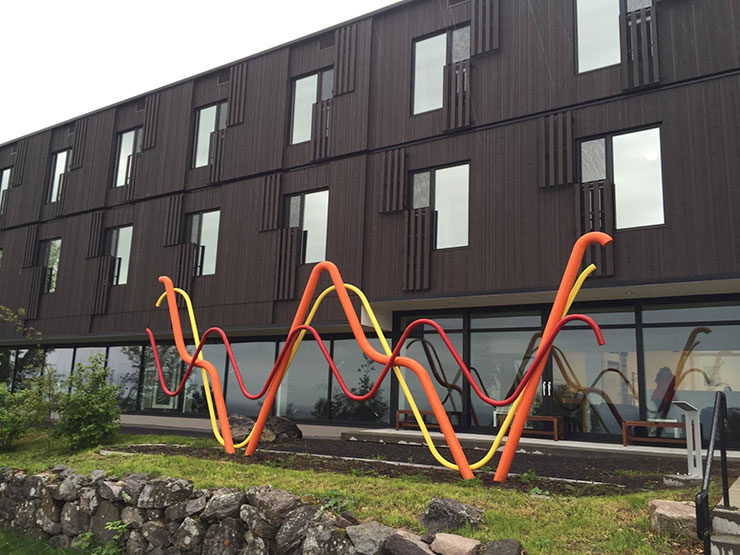 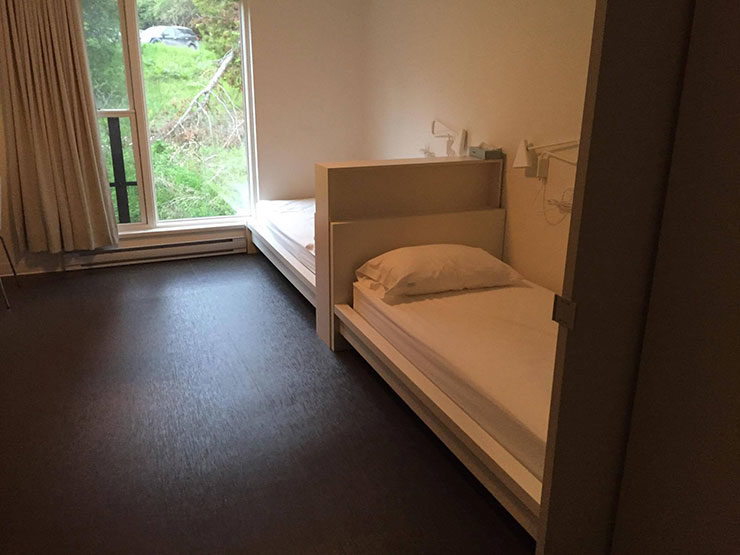 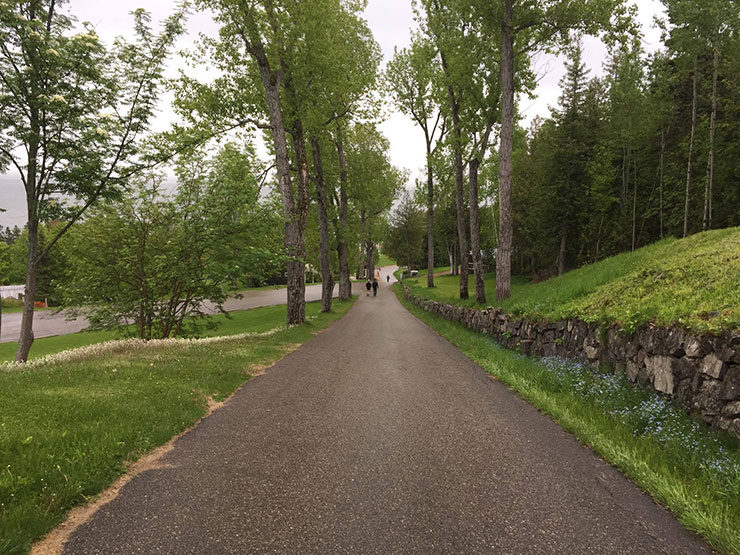 He didn’t tell me what this building was for, but it looks like it began its life 100 years ago as a carriage house: 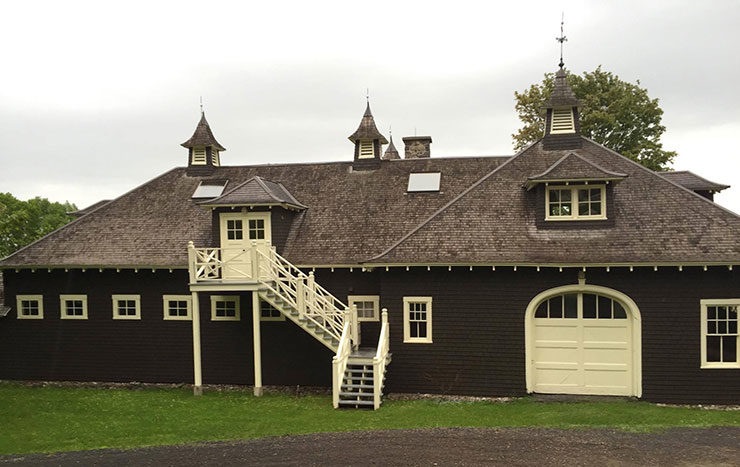 We got to Skype with him last night and he’s having a great time. He’s already played in a master class for Ian Bousfield and is excited by his placement for the big brass ensemble performances later in the session. This is a great distraction from Celia moving away, and should set him up for a summer of really productive practicing; he spent his freshman year learning a ton of music for a really intense competition held in Germany this coming September called the International Aeolus Competition, which rotates between instruments, and this year happens to include the trombone. It involves several rounds over a week, with different pieces at each round, with world class judges (ever heard of Christian Lindberg? The world’s most famous trombonist!) and has an upper age limit of 28. Liam is always motivated by things like this, so after learning the music he’d need to know in September, his teacher agreed he should submit his resume for consideration of acceptance into the competition, and he was! Yes, he leads an exciting life!