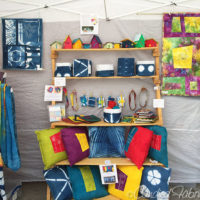 I didn’t mean to take until the end of the week to blog about the Riverside Art Market that I did last Saturday, but I’ve been a busy bee, and frankly was having a hard time wanting to blog about this show. So I’m going to be short and sweet about it: the organizers did a great job organizing and helping, but they expanded this show greatly from last year, and I feel that it now isn’t a show I’d like to do again. They had lots of artists inside the beautiful museum, and last year they had about 10 artists in tents outside on their front lawn. This year they added another 15 artists tents and put us on the sidewalk and in a parking lot across a very busy street from the musuem. Most of the folks who stopped by the booth were the folks from the Museum that either work their or were a volunteer for their Art Alliance, and these were great people to talk with and sell to. However, the rest of the folks were mostly people who seemed to be walking down the street and were happy to stop in my booth while waiting for the light to change, but I don’t think I need to tell you that those folks aren’t usually prepared to stop and learn and possibly purchase art! I’m glad I did the show as I’ve made some new contacts in a new city at a new museum, and that’s great. But this show emphasizes to me how important the surroundings are to me! (Usually the shows I participate in are in a pretty green park or park-like setting). 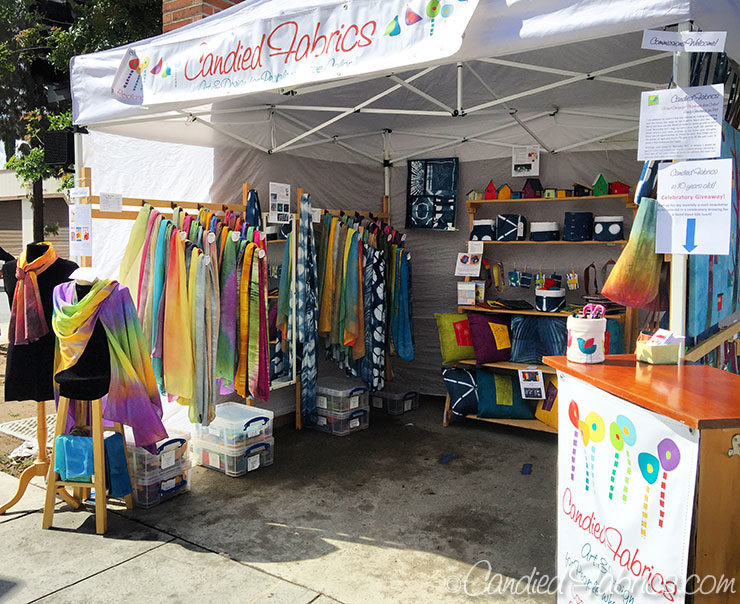 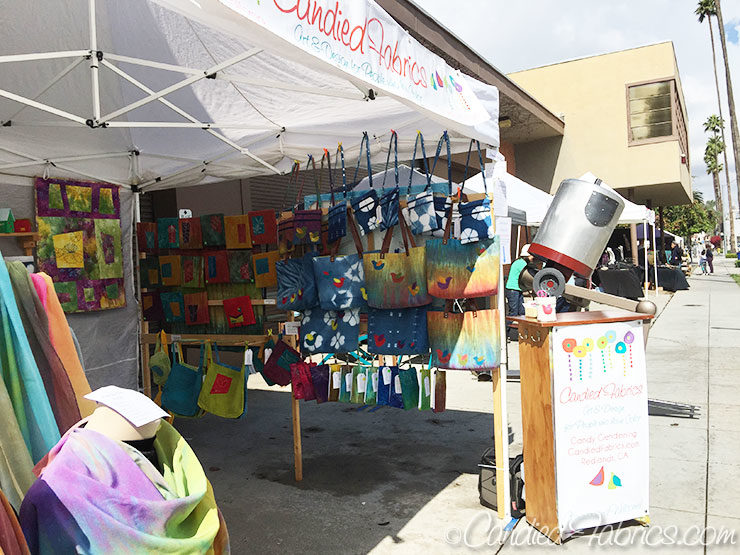 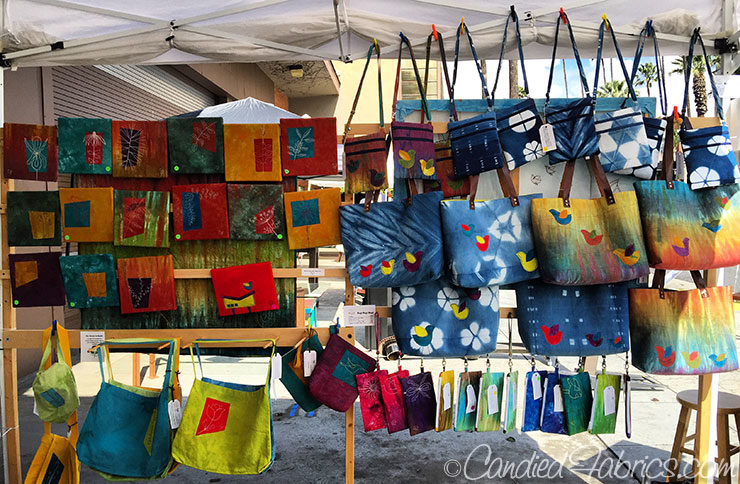 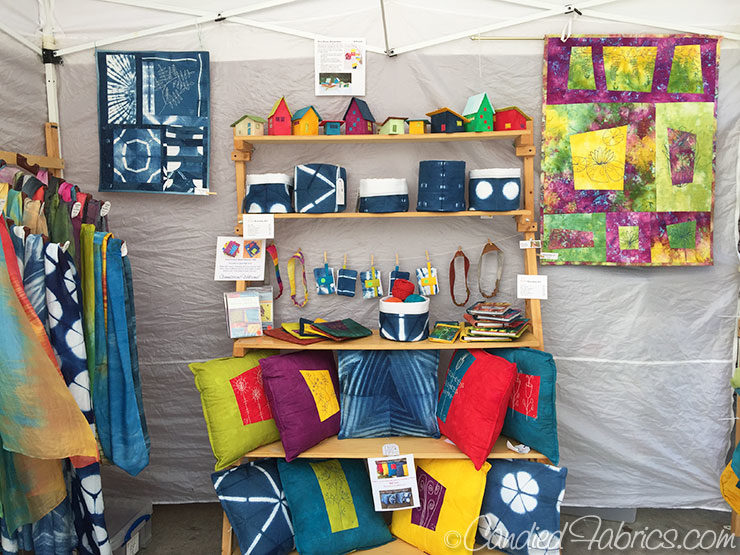 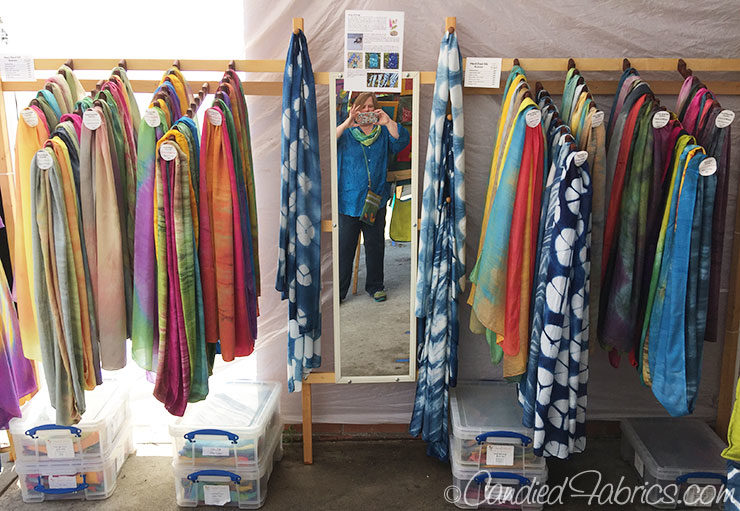 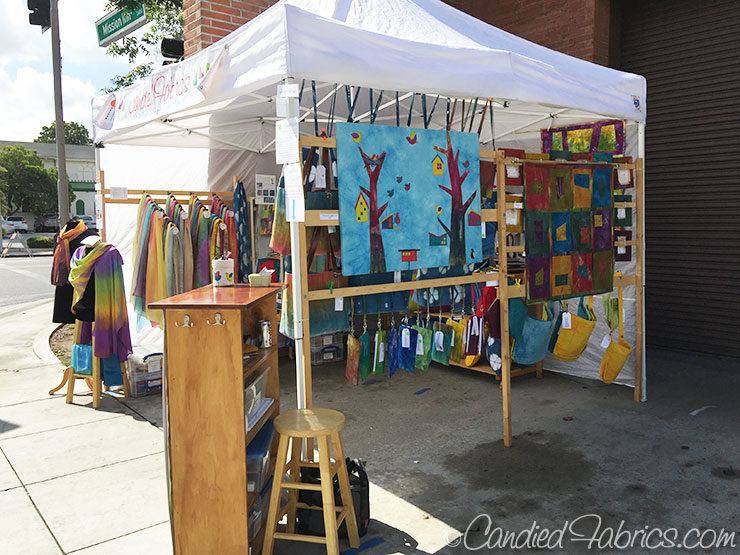 In the end, I made a fair amount of sales (not proportionate to what the booth fee was, but still it wasn’t a total loss) and was happy to put my feet up at the end of the day! 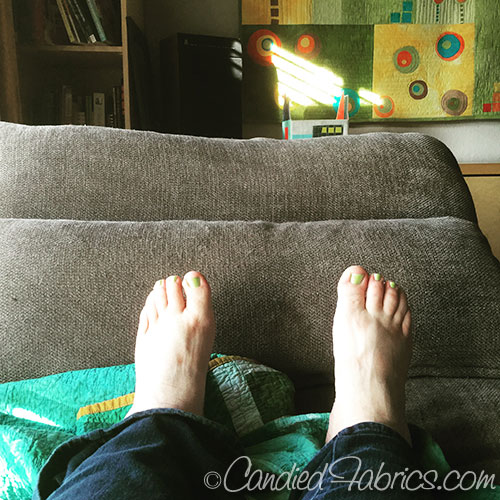