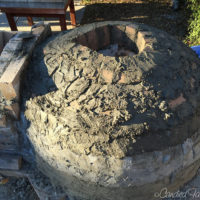 Oh my goodness hubby has been working on a brick pizza oven since…last July! But he’s getting close to the end and I haven’t posted about it in a long while, so here’s an update!

On top of the insulated concrete slab he laid a layer of fire brick, and then setup a mold to build the dome out of more of the fire brick: 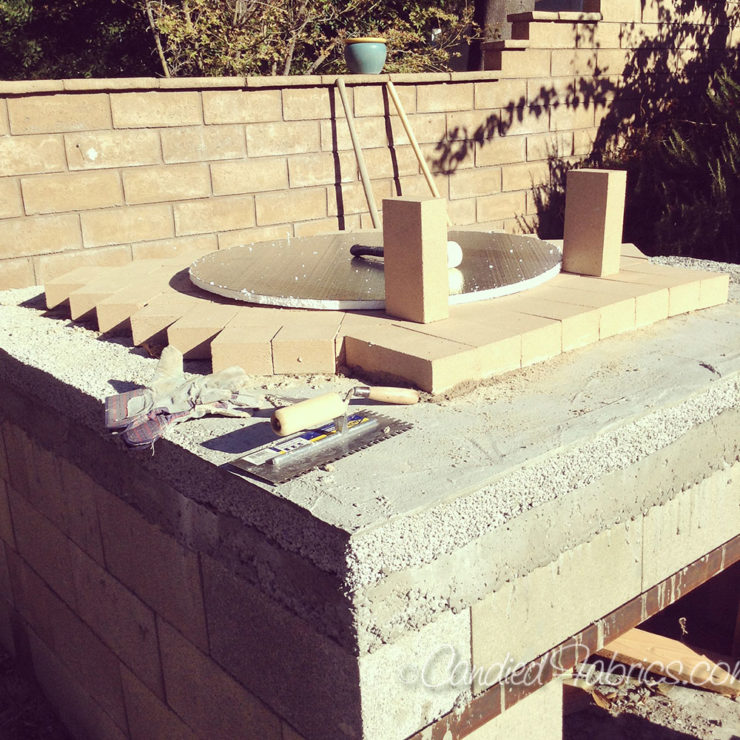 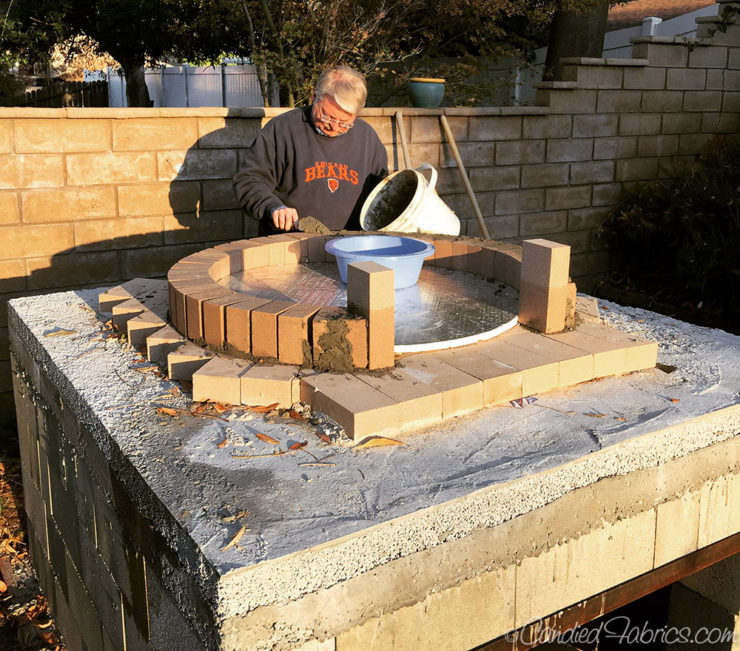 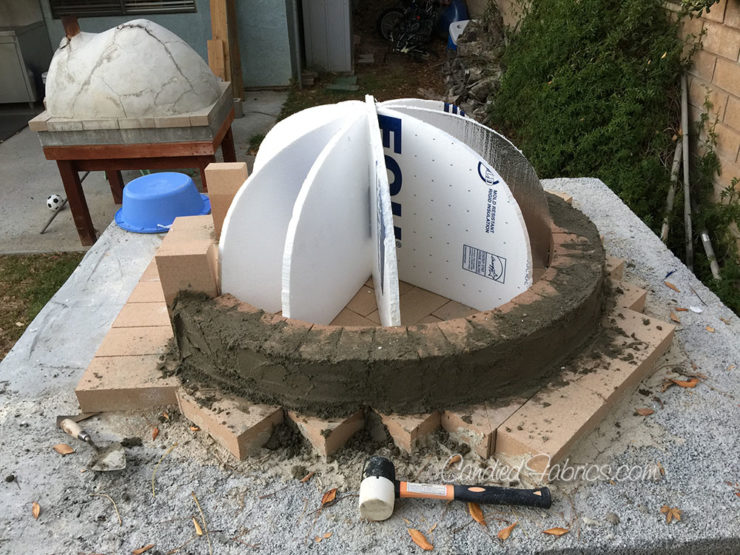 All those bricks had to be cut, one at a time! After he puts a row of bricks in place, it then they get mortared in. 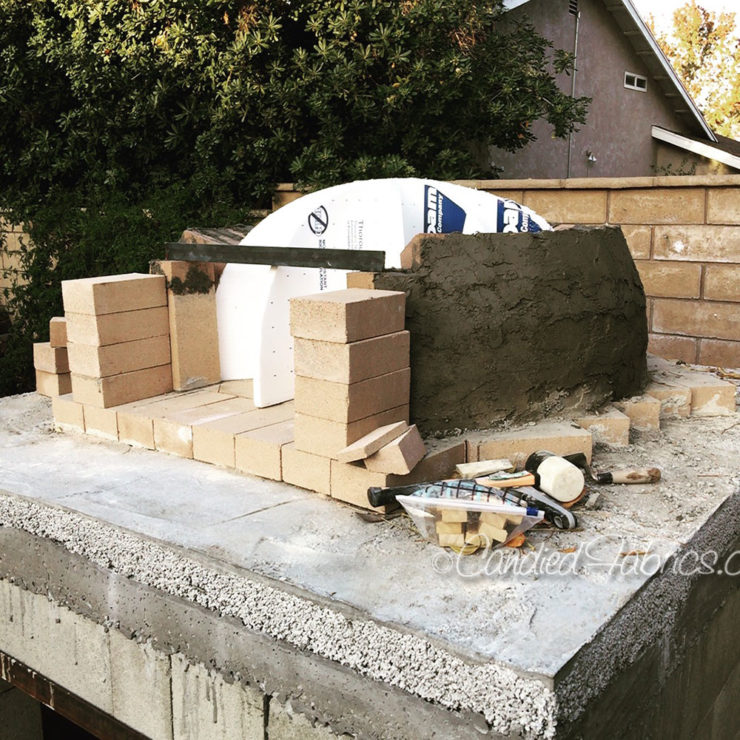 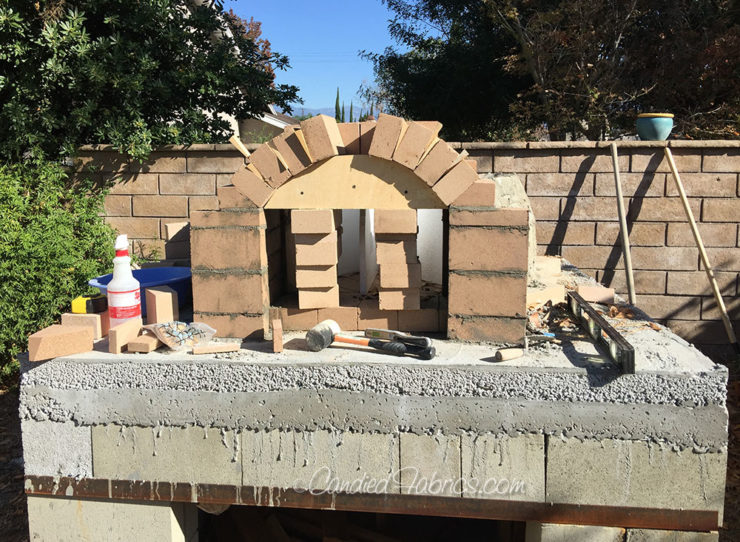 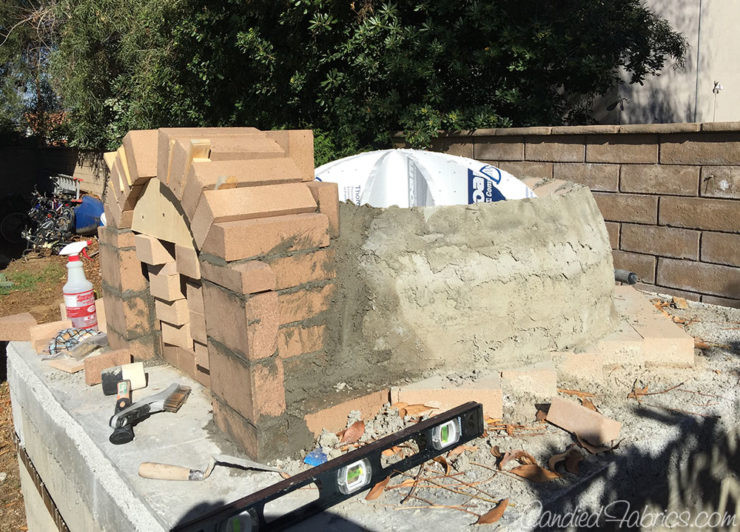 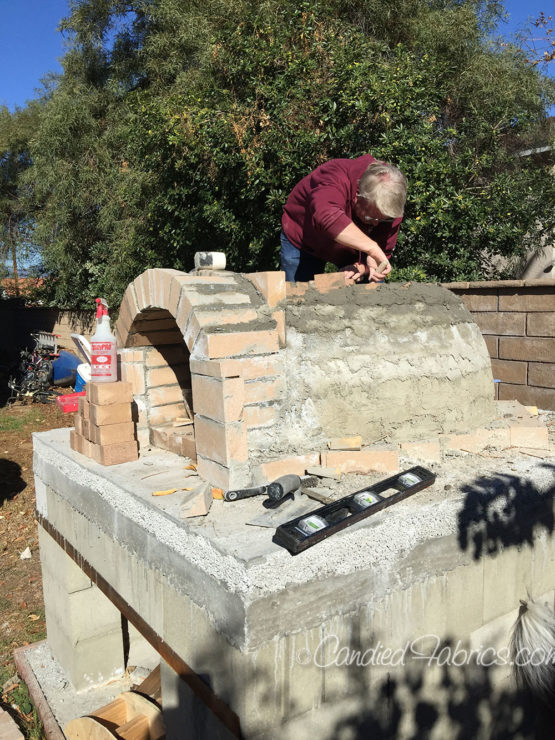 Did I mention that each brick had to get individually cut? 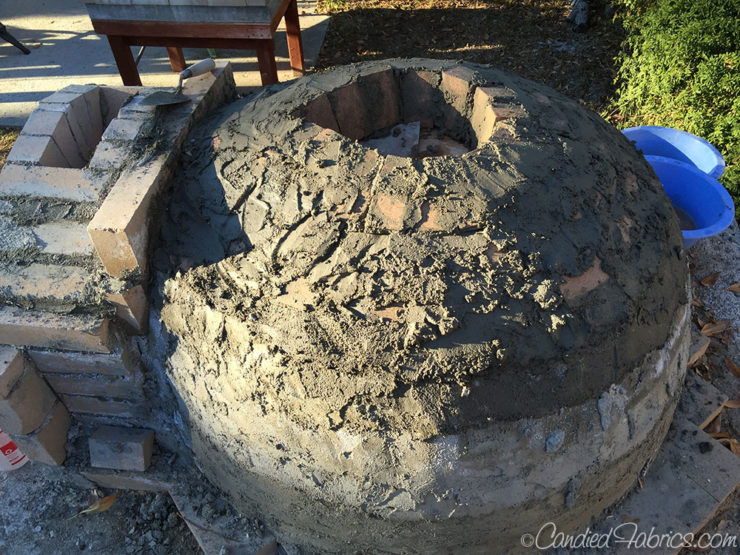 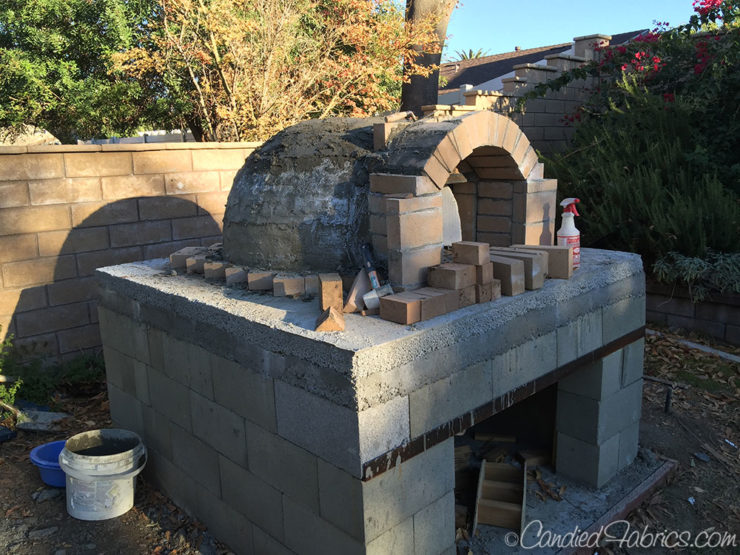 The second layer of red bricks are the decorative portion of the arch. The chimney looks pretty ugly here but hold on: 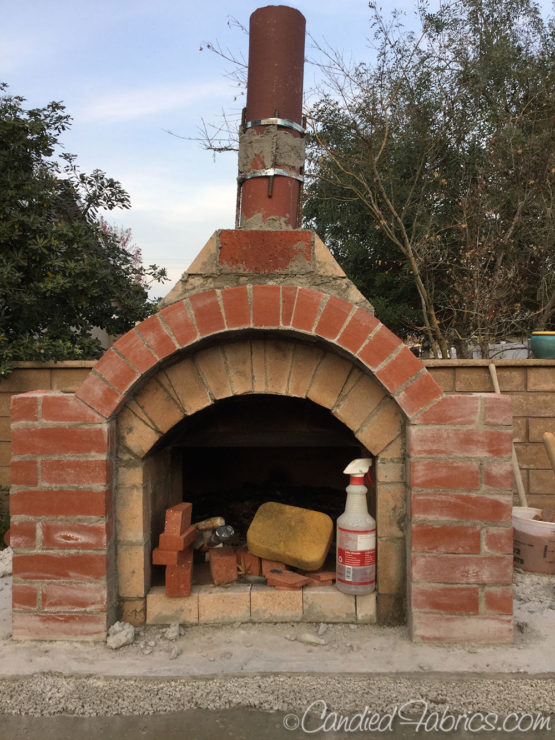 That white stuff is a special kind of fiberglass insulation, covered with a metal mesh that will hold the next layers of mortar/stucco. 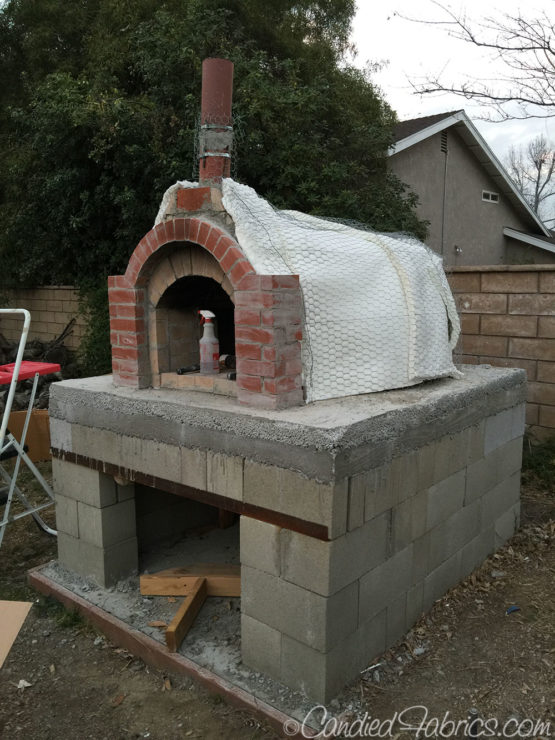 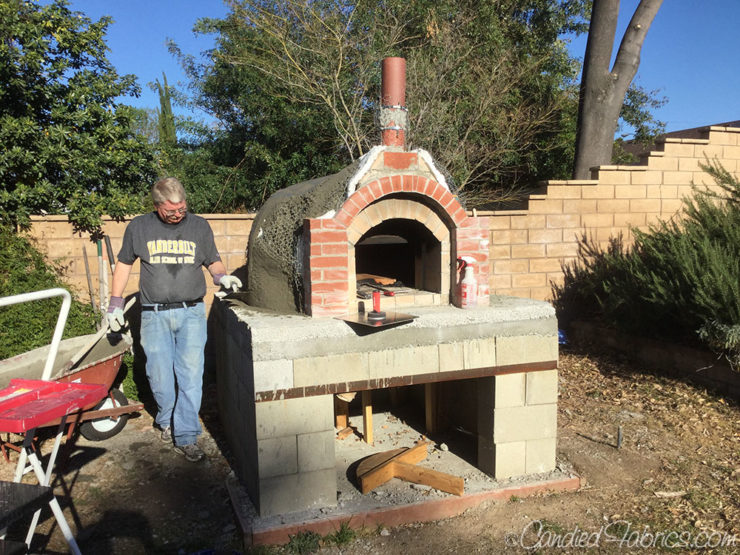 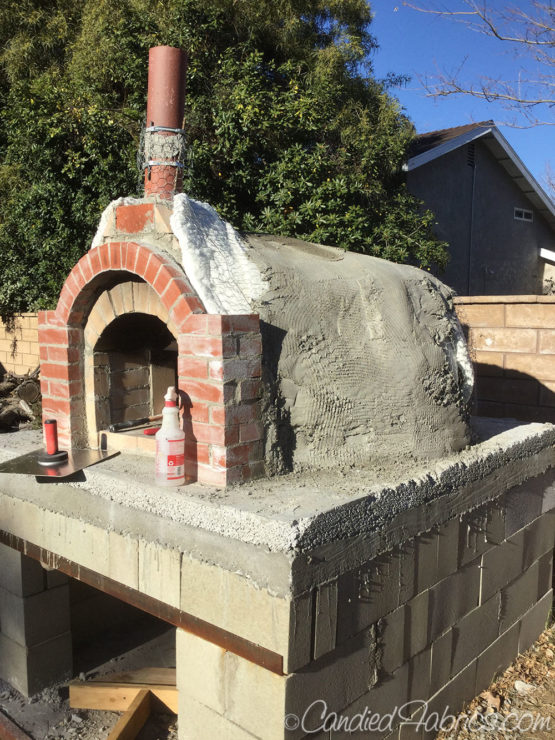 Here the oven itself is pretty much done, I think he puts one more layer of stucco on it. Now he’s starting on finishing the base. You can see he’s trimming the edges with brick, that will go all the way around to the back. And those concrete blocks are getting covered with stucco. Finally, he’ll build a door for the wood storage space underneath. 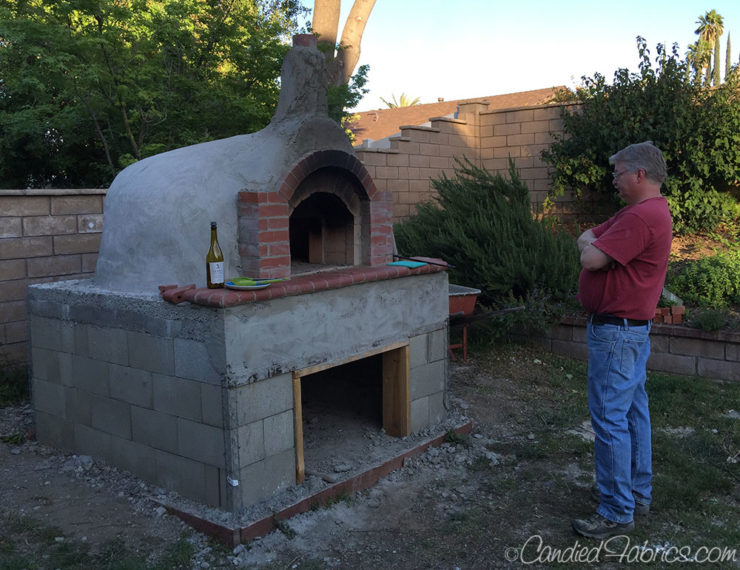 He has been building small fires in there for a couple months, last Sunday he built a bigger one and was very surprised to find that the interior had reached 600+ degrees F in an hour! The amazing insulation he’s put all around the firebrick keeps so much of the heat where it should be, this baby holds heat MUCH better than his previous oven! 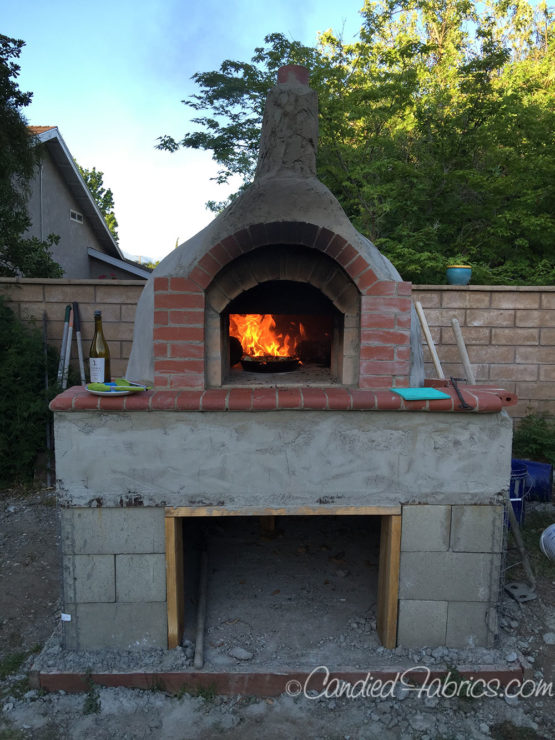 Because he could, he made a dinner of roasted potatoes and pork tenderloin: 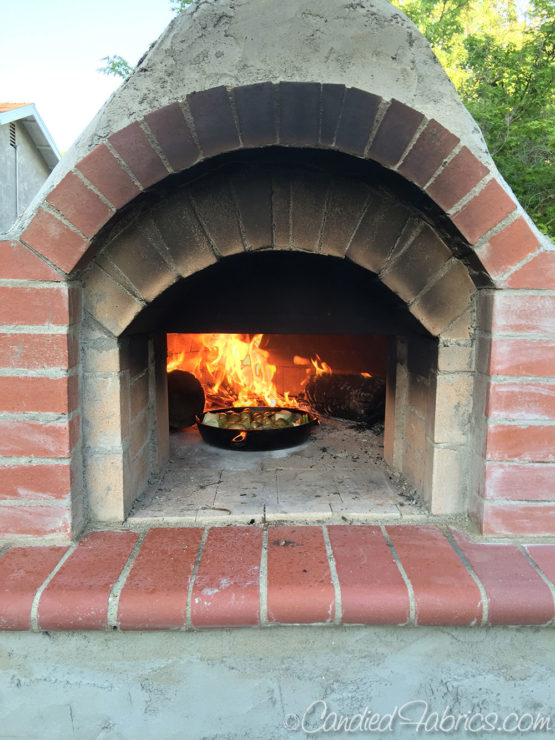 I have high hopes that there will be pizza by July!