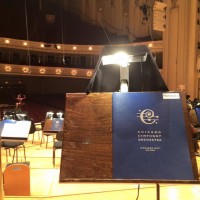 Hubby spent last week in Chicago, subbing with the Chicago Symphony Orchestra. He played a total of 8 concerts over 4 days; kids and family concerts with music written for Shakespeare plays, with actors from the Chicago Shakespeare Theater Company involved. Here’s what Orchestra Hall looks like from the 2nd trombone stand: 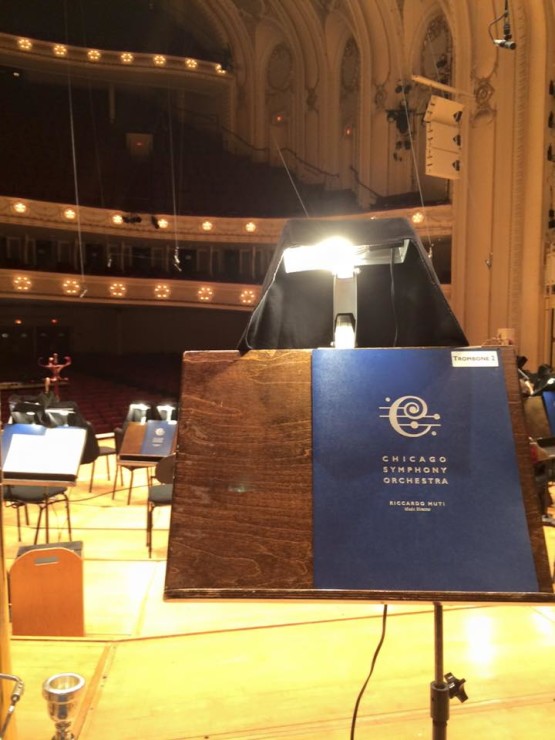 My broken tooth turned out to be too broken, I need an implant, UGH!!! Luckily, they had time last Wednesday to remove the tooth and get the implant process started on Wednesday afternoon. I was a bit out of sorts on Thursday, but on a plane really early morning Friday!

Hotels.com got us a great deal at a cool hotel right on Michigan avenue called the Chicago Athletic Club: 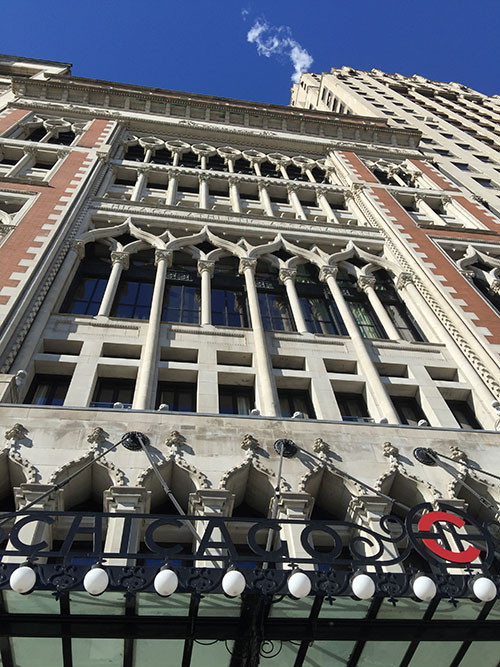 The room was small, but really cool: 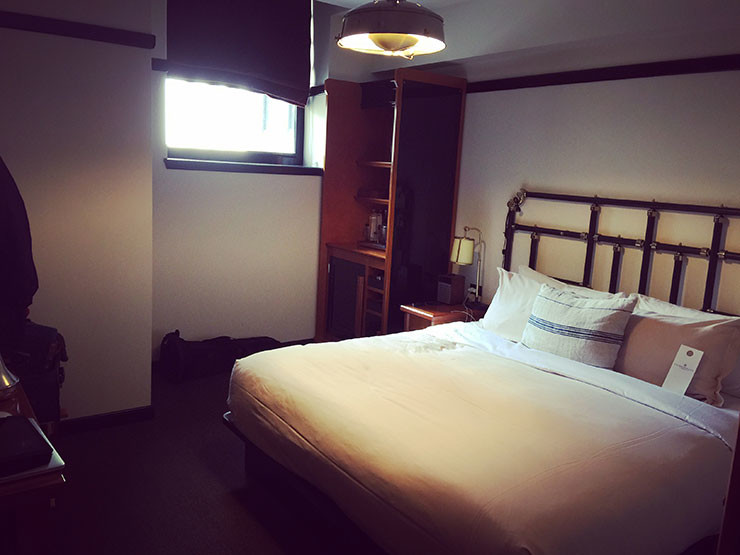 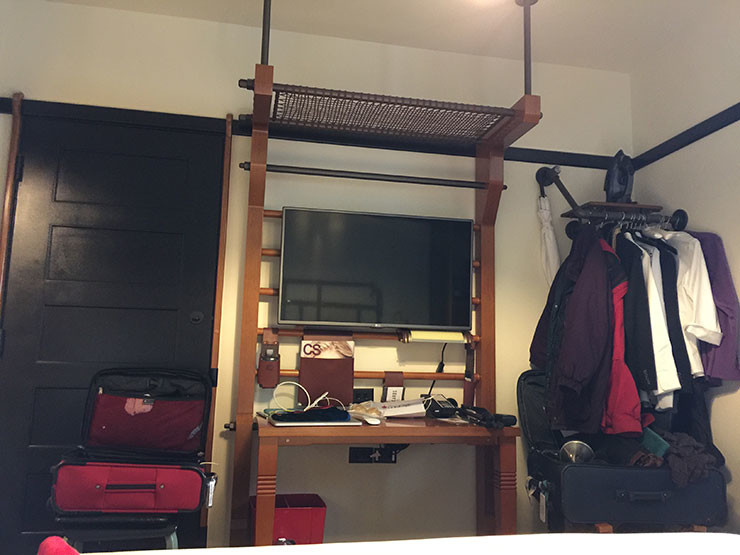 Here’s the view out the window – that’s the Sear’s tower: 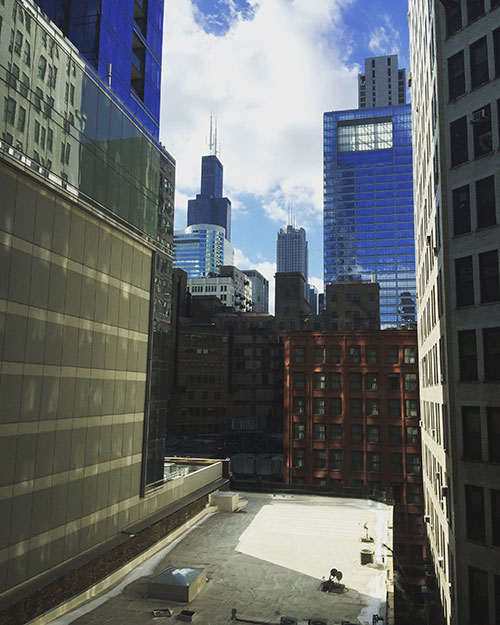 Right out the front door was the Art Museum, Millenium Park, all sorts of iconic Chicago Skyline! 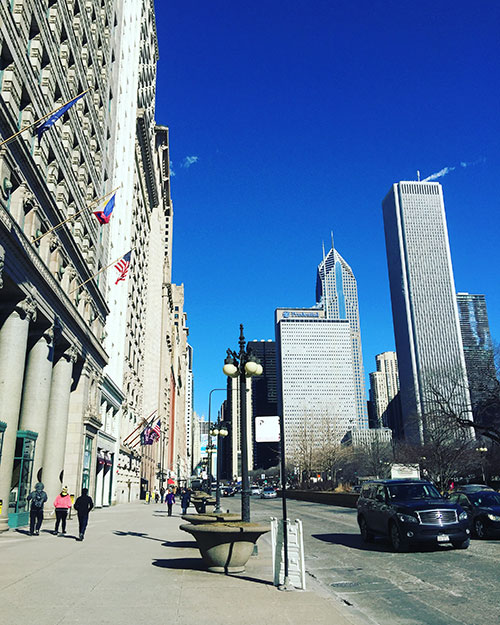 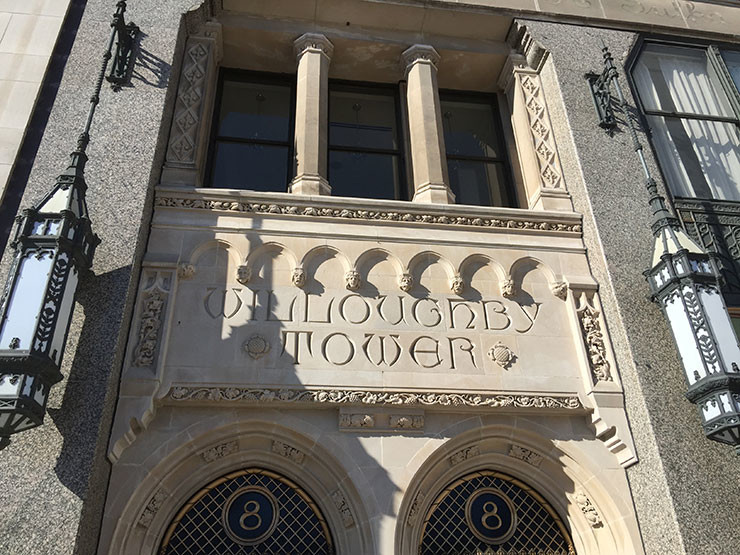 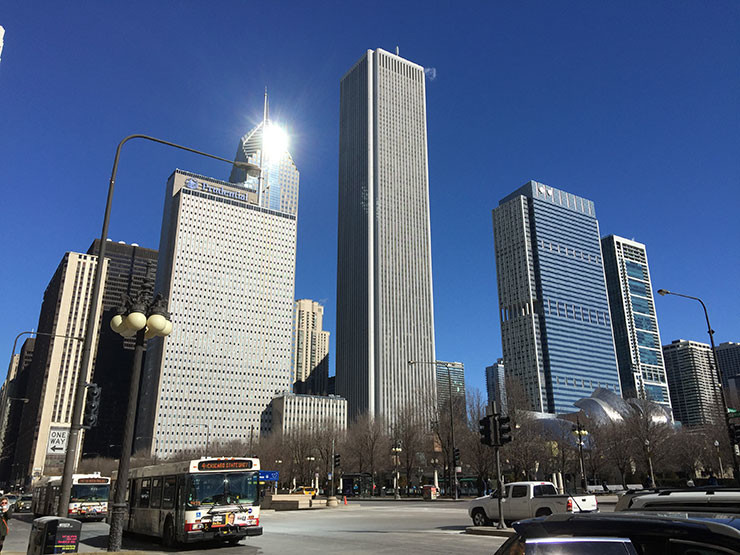 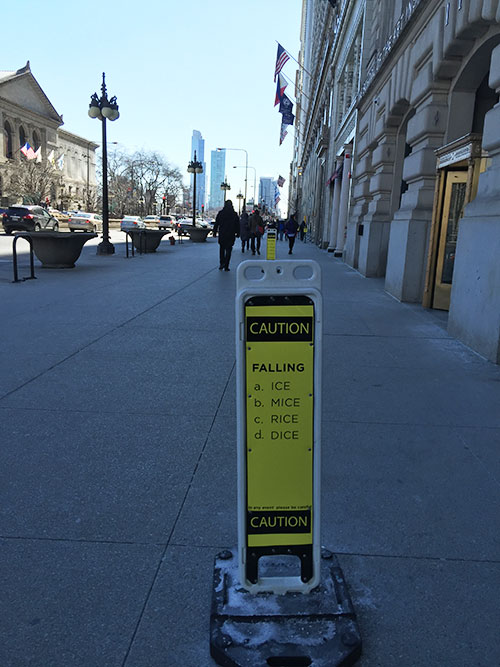 Unfortunately, it was REALLY COLD!!!!! So I didn’t do bunch walking around just to see the sites!!!

Hubby and I both have Winter coats from back when lived in places that HAD Winter, but somewhere along the way, I’ve lost the hood. “No problem, I thought, I’ve got a big knitted scarf/shawl thing, that will work for a hat!” Boy, was I WRONG! Oh my goodness, with the wind it was terribly cold in Chicago all weekend! As we were walking to dinner Friday night, my forehead was freezing; as I walked by a 7-11 I could see hats through the window, I  couldn’t buy one fast enough! We stopped for a drink at Harry Carry’s bar, here we are with his bust! 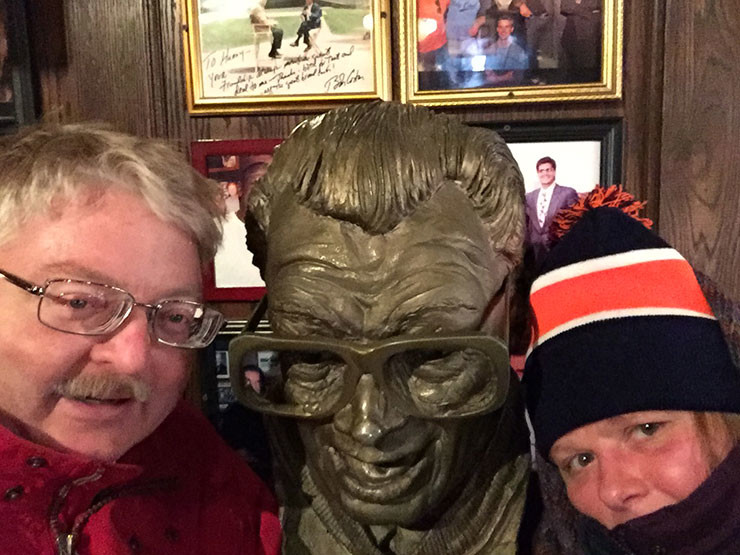 We had some lovely dinner at Catch 35: 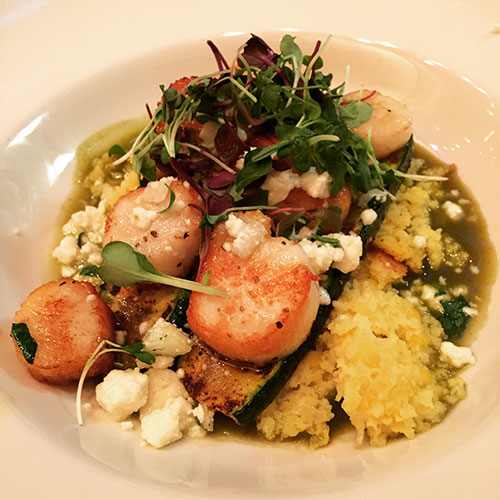 And an awesome breakfast the next morning at Goddess and the Baker: 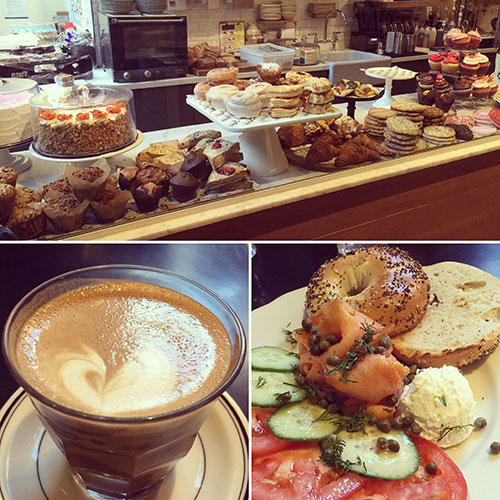 Finally, it was time for Andrew’s last 2 matinee concerts. Gene Pokorny’s wife (Gene is the Tubist of the Chicago Symphony) and I went to the second. Here’s a picture I sneaked as they were warming up before an usher told me not to take any more! 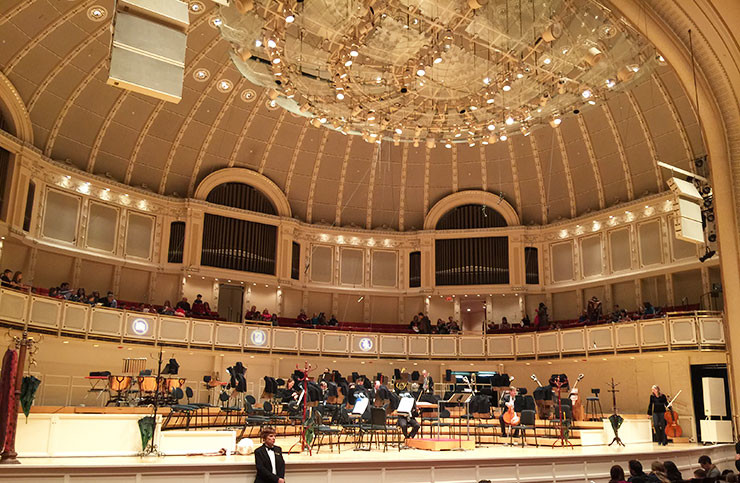 The played splendidly! The first trombone part for the Mendelssohn “Mid-Summer’s Night Dream” is for the Alto Trombone, which blends in with the Trumpets, so when the 2nd trombone, bass trombone and tuba play, I could totally hear him loud and clear.

Here are Andrew and Gene after the concert: 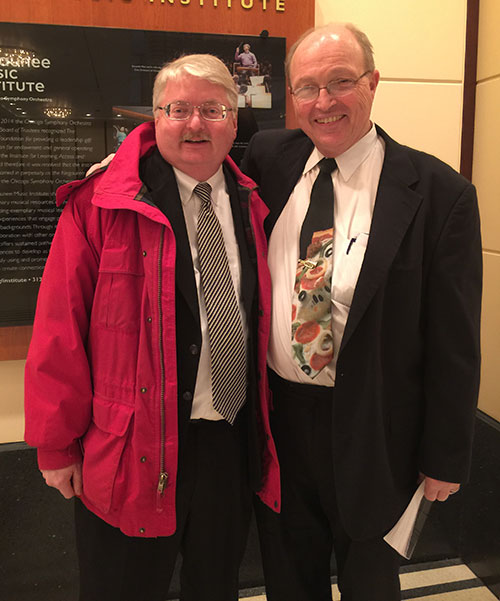 Because it was a matinee concert, there was another concert that night. There was no low brass at all in it, so the four of us went out to dinner! Here are the 2 of us all spiffed up: 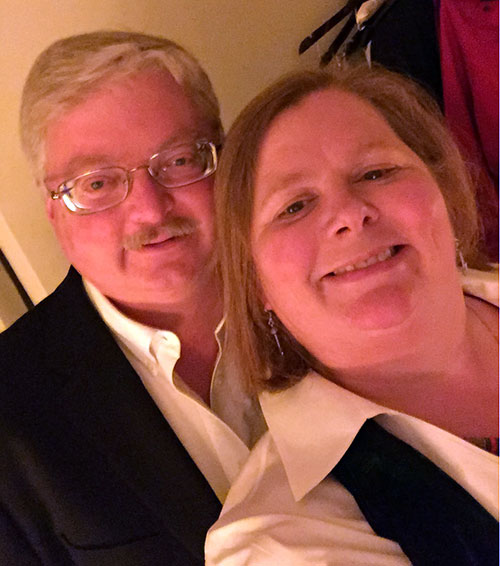 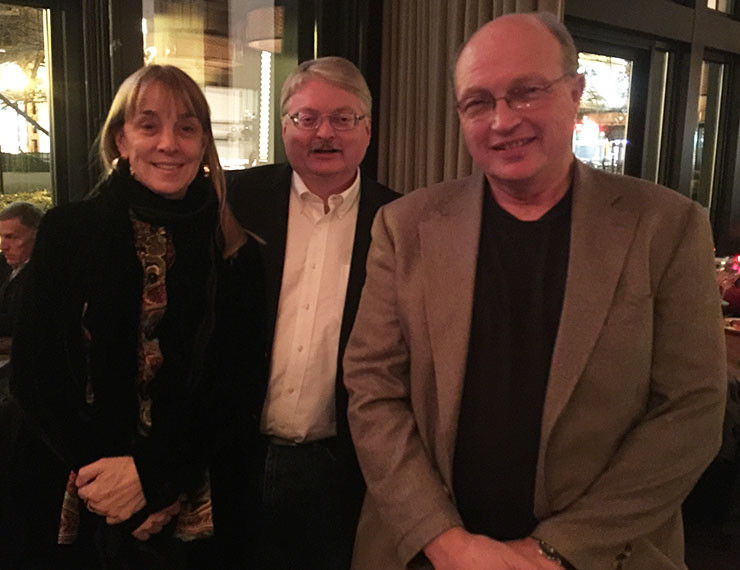 We had some great food! Yummy desserts: 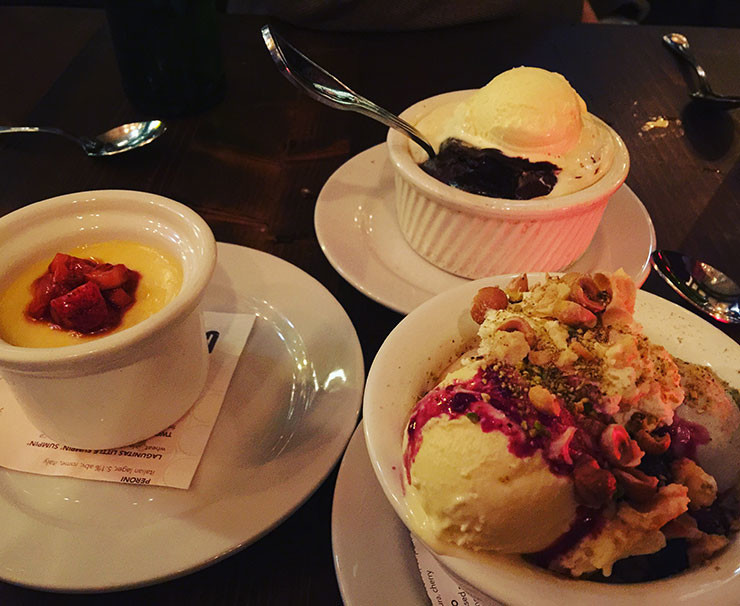 Another sneaky picture in Orchestra Hall. The concert was great! 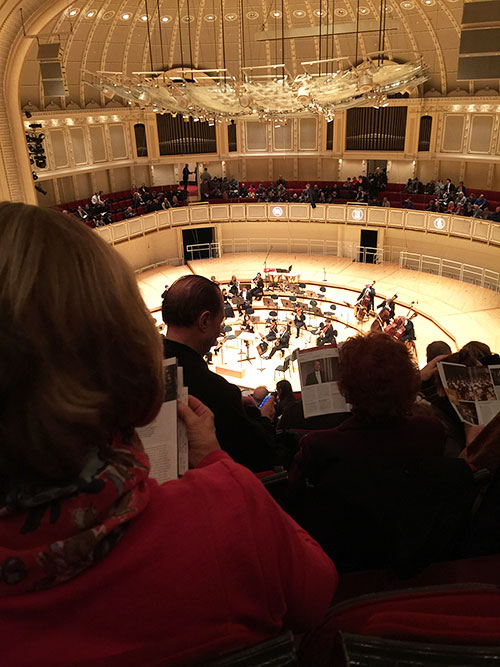 And then, we had to leave the land of windy cold, and head back to Redlands, where it’s been HOT! Ah, reality!