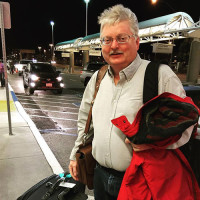 It’s been a crazy couple of days! First, Liam’s girlfriend Celia came out for the weekend. Her birthday was last week so we spent some time doing some retail therapy and getting pedicures: 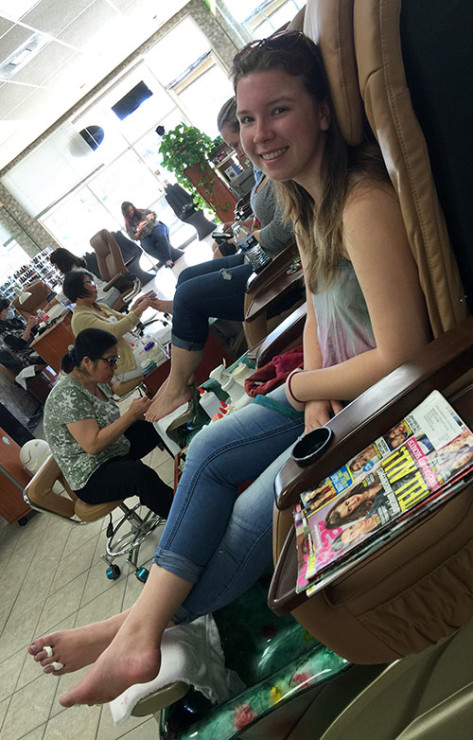 I made a lemon ripple cheesecake for her birthday cake: 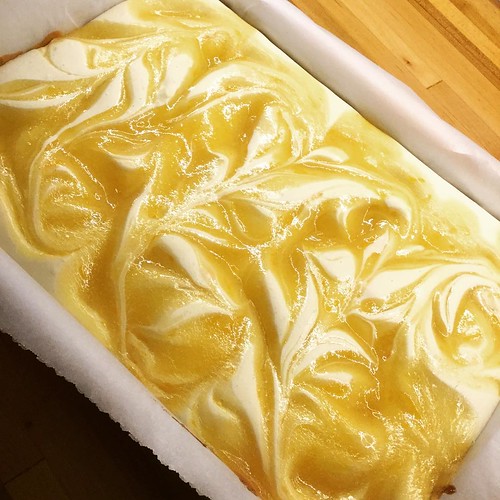 She also wanted to bake some cookies to take back with her, so we made a lot of these: 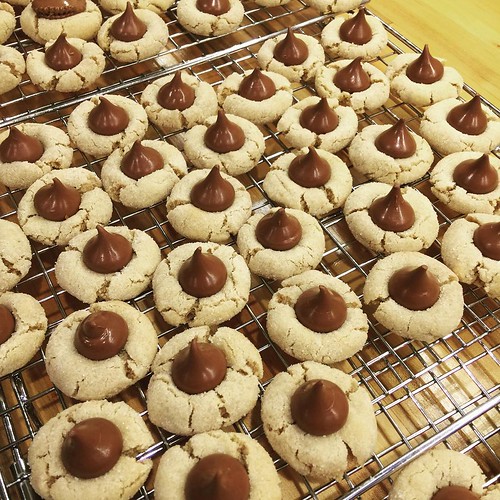 They’re my step-sisters favorite cookie, so we sent some to her as well, she broke her ankle and had to have surgery today.

After driving Celia back to LA, I spent some time ironing silk I dyed for Dyeing 104 last weekend, and then it was time for grading. I graded exams in the backyard, listening to folks in the house out back celebrate when something went right with the team they were voting for in the Super Bowl: 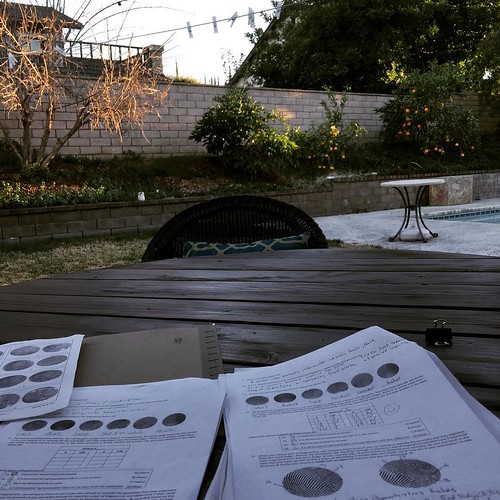 Then while eating some popcorn: “CRUNCH!!!!!” went one of my molars! 🙁 I split the tooth, I’m sure I need a crown! Boohoo! It doesn’t hurt unless I touch it, so it’s been soup and milkshakes for me. The dentist was out today, but luckily she can see me right after class tomorrow. UGH!

Monday started REALLY early, I had to get Andrew to the airport at o’dark thirty: 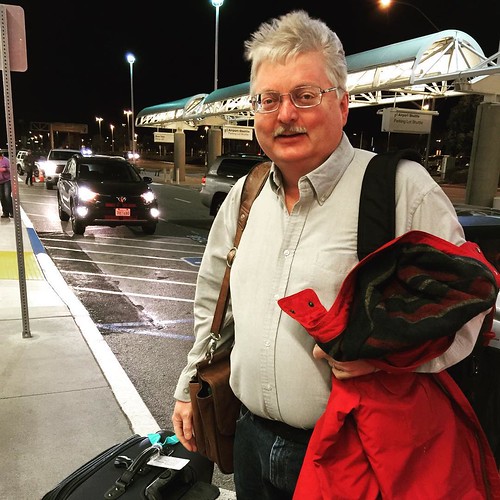 He’s got a really fun week, subbing with the Chicago Symphony Orchestra! They’re playing a bunch of kids and family concerts with music written for Shakespeare plays, actors from the Chicago Shakespeare Theater Company are involved. I’ll head out to Chicago on Friday so I can see the last concert!

What else? Liam’s trombone broke, luckily just a small part, but ugh. And Logan? He’s been sick with what I thought was a cold since last Thursday. He got worse over the weekend, and so I took him into Urgent care this afternoon and found out he had a sinus infection! He’s got some antibiotics, and hopefully is on the mend.

← 6 | Color Strips all Prepped for my Scrappy Swiss Cross Quilt
A Fabulous Time in the Windy (& COLD) City! →

3 Responses to It never rains…