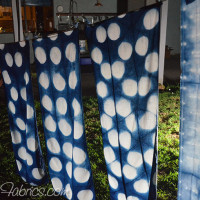 It’s still so very hot during most of the day, so when I’m dyeing with Procion MX dyes I have to get out first thing in the morning in order to let the fabric batch while it’s hot. But indigo dyeing has a much shorter processing time, so I’ve found that I like to dye a few bits with indigo late in the day! Yesterday was the super moon eclipse, so I decided that I’d dye lots of indigo moon scarves!

Here they all are after their first dip just after sunset: 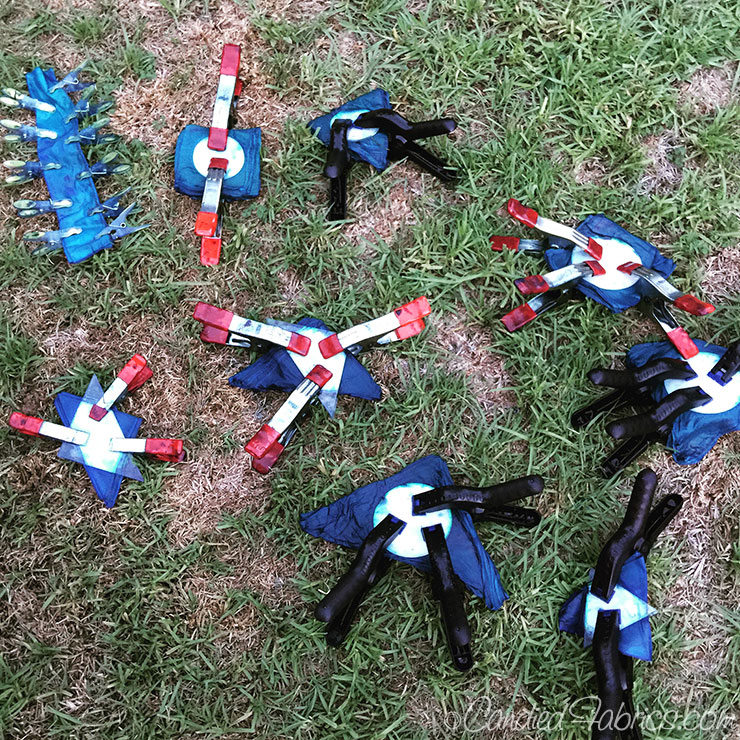 I dipped them a second time just as the last of the light was fading. I like to let them oxidize a half hour or more before unfolding them, so it was completely dark by the time I could do that. I brought out a camping lantern to see by, and had a great time seeing my indigo moons unfold while the eclipse was occuring!!! 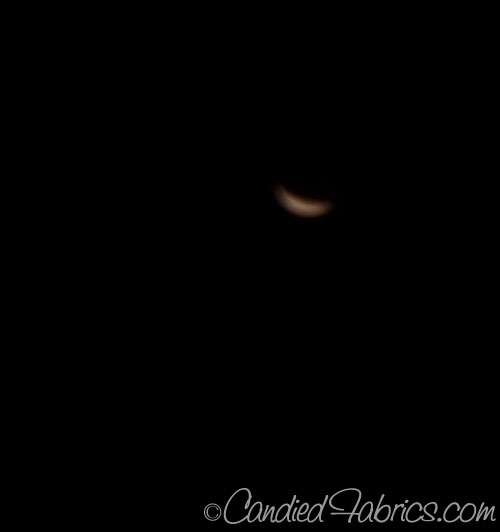 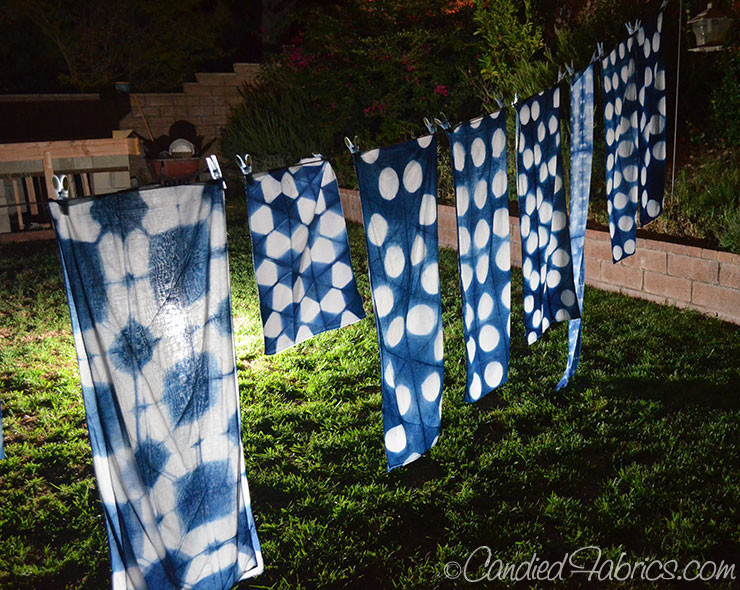 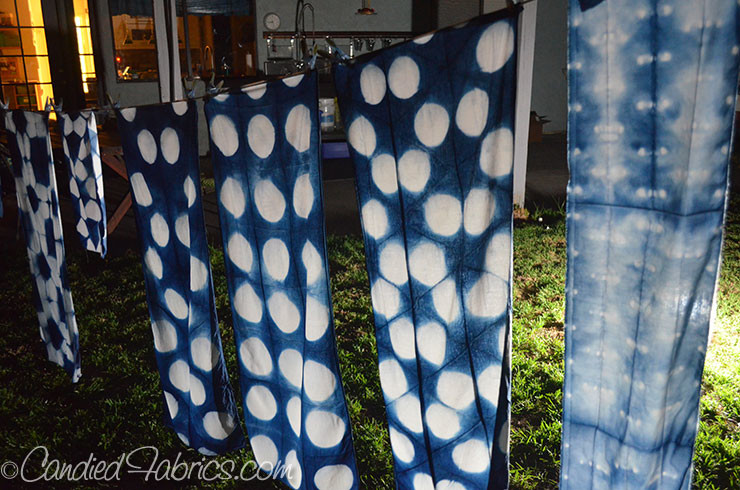 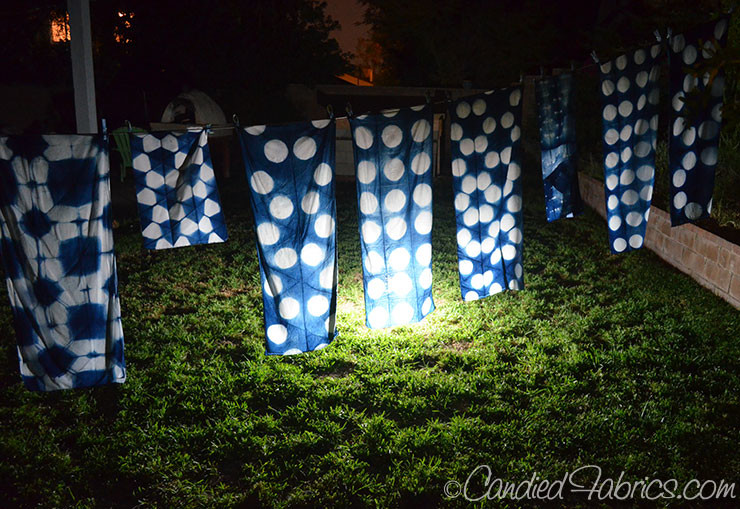 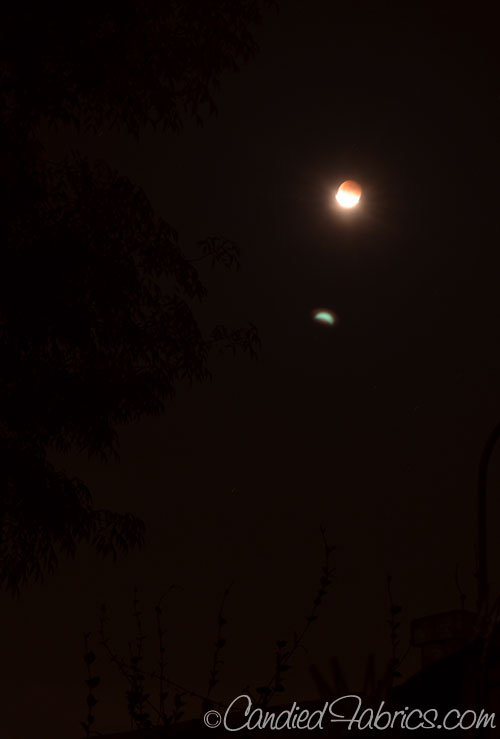 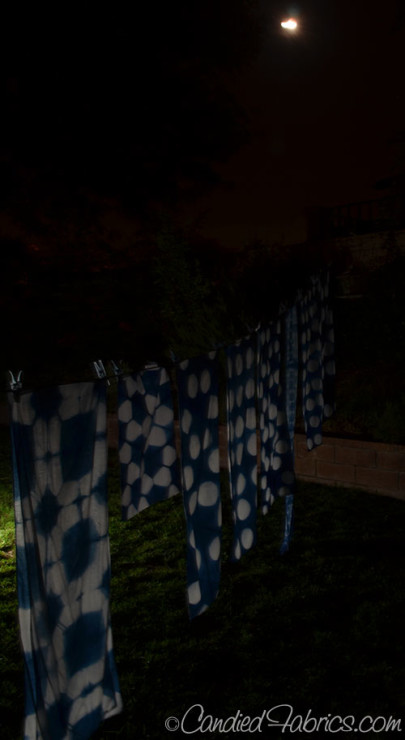 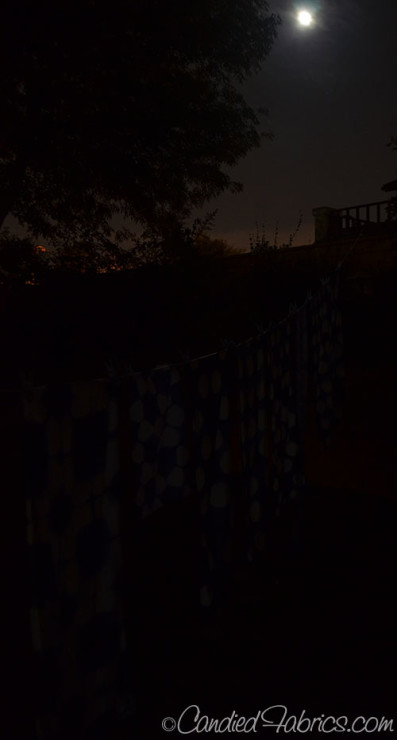 It was so much fun…and I won’t have this opportunity again for 30 years!