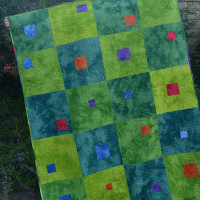 I’ve finally had time to process the pictures I took of Liam’s modulating squares quilt I made him to take to college!

As a reminder, Waaay back LAST January, I started making a pair of quilts for Liam and Logan. Logan’s quilt is made from a rainbow of colors, with centers of many hues of green, Liam’s would be the reverse. Here are all the blocks:

And then had to put Liam’s blocks aside for something else. Well, there’s nothing like a deadline to motivate you, is there? Here’s Liam’s quilt before washing: 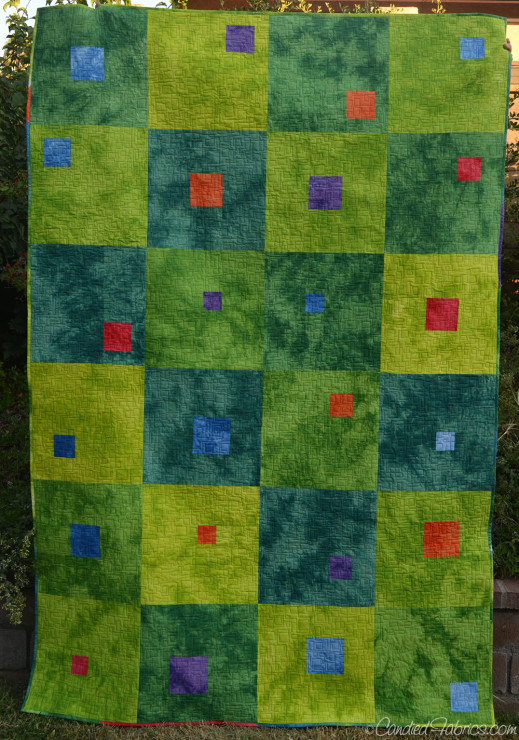 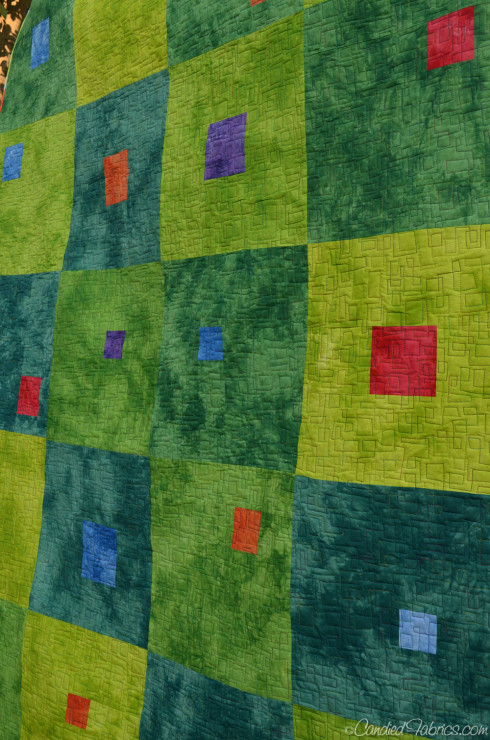 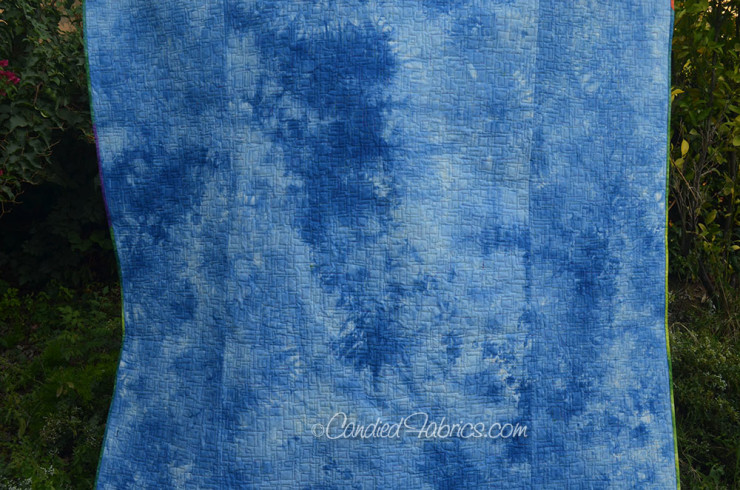 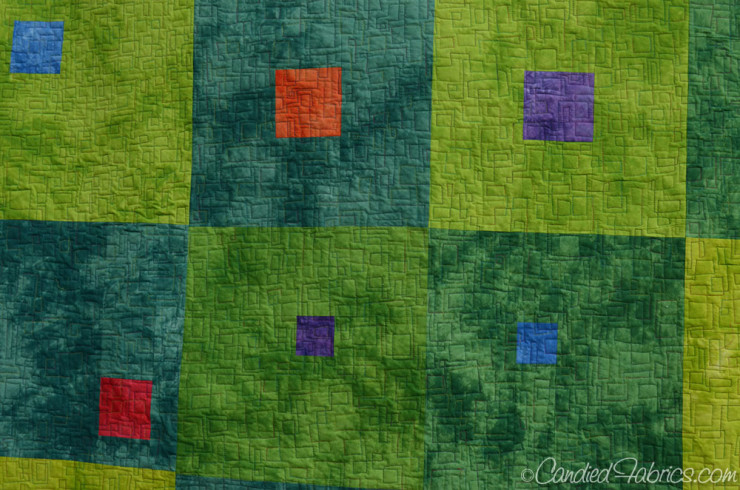 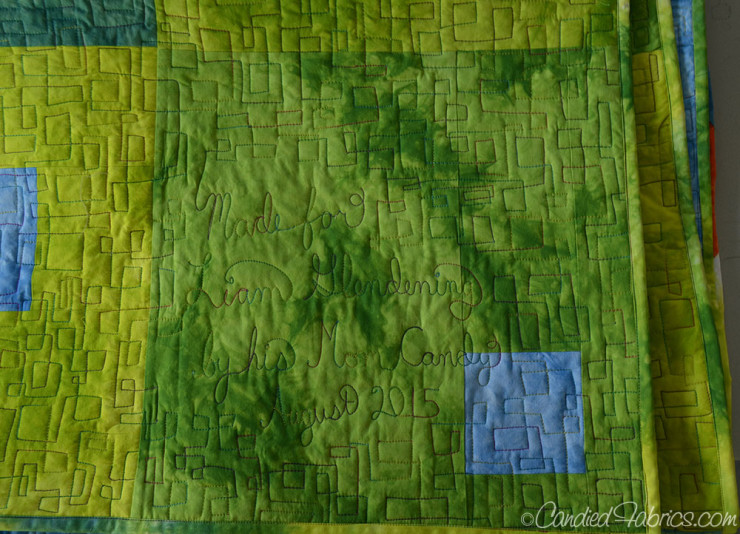 You may notice that Liam’s quilt is one block longer than Logan’s. Logan has now requested his be as long as Liam’s, because he’s really grown in the past year and a half. Luckily, I actually still have 5 blocks left, so can actually do this using my quilt as you go with no sashing method! You’ll notice, however, that I didn’t put it on this months’s to do list, though! 😉

And, after! Ah, the crinkly goodness! 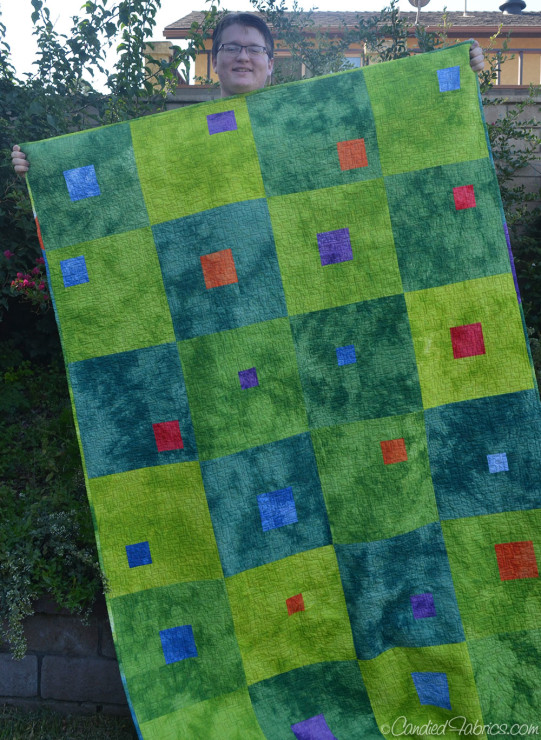 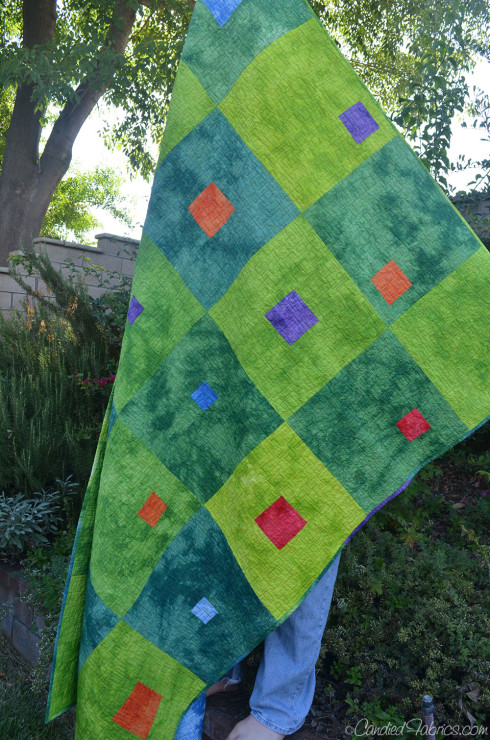 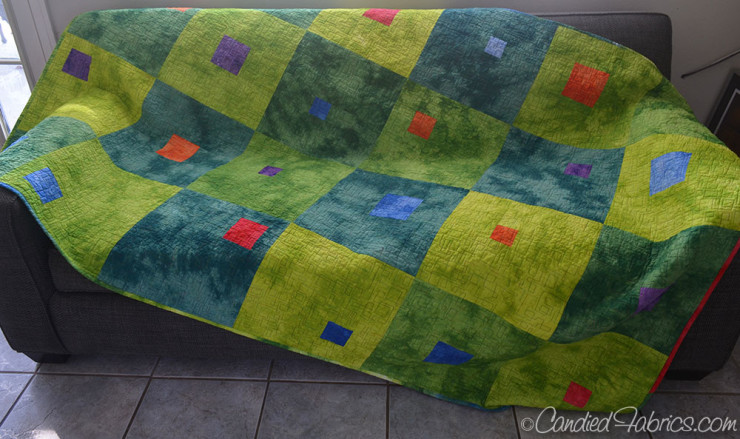 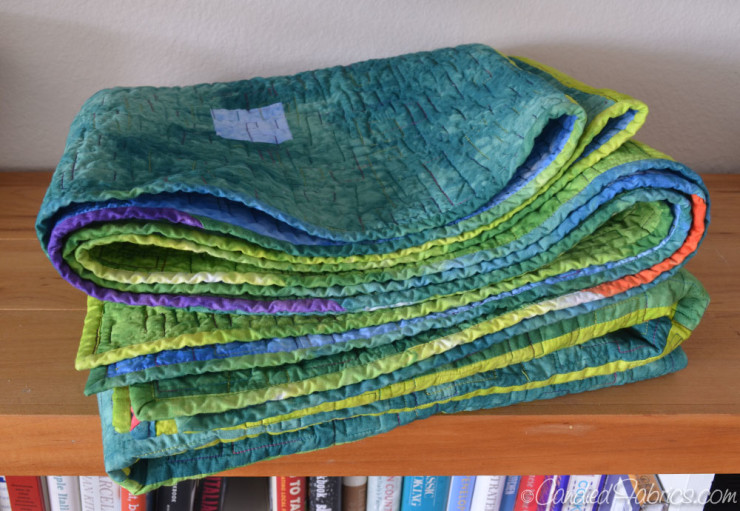 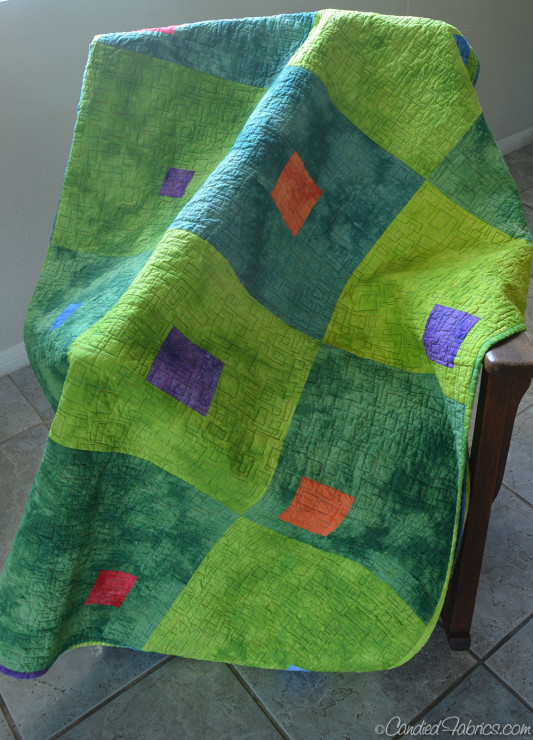 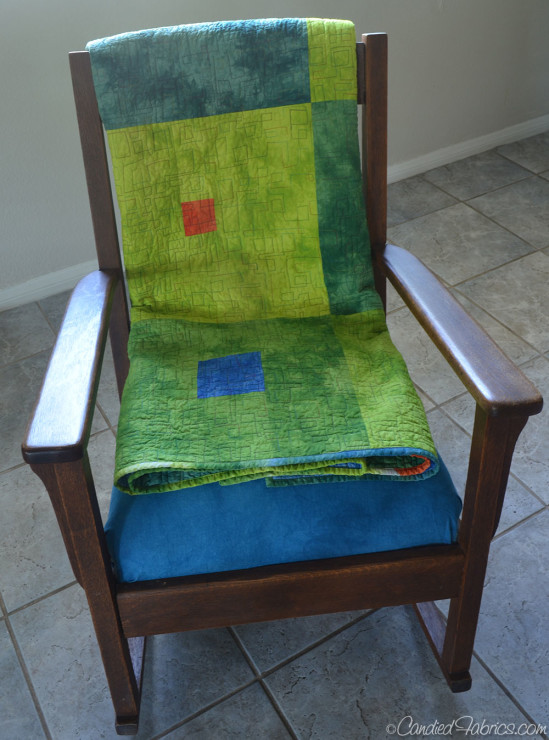 That I got these pictures at all was a miracle! There was only a day or two between me finishing it and us having to go to Nashville and Liam had a lot of packing to do, and his girlfriend Celia and her Mom were staying here, it was a 3-ring circus: 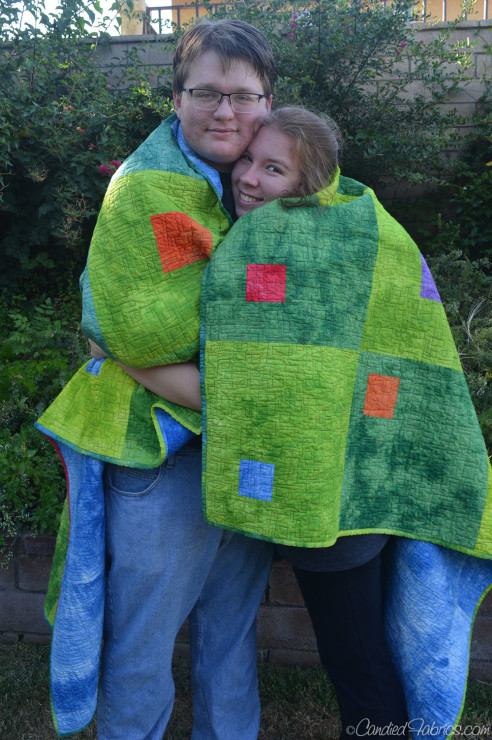 I will admit to being quite happy that he wanted to have the quilt to take to college, and when he was making the bed, he made sure to put the signature square up at the pillow end! 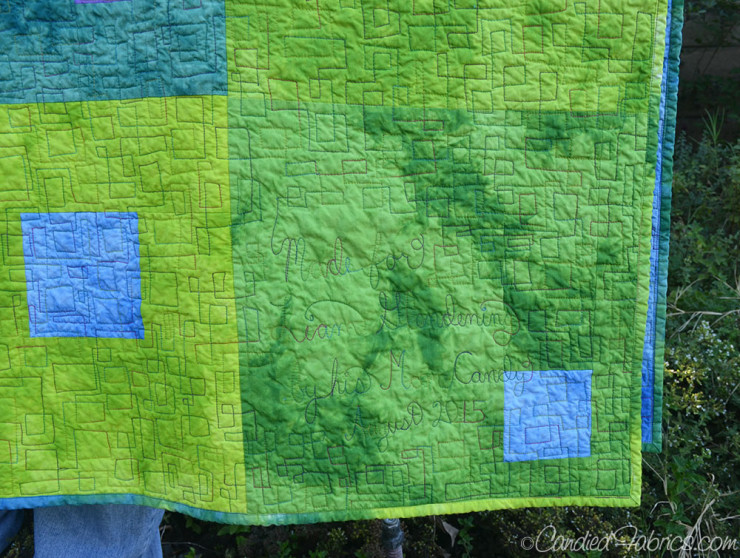