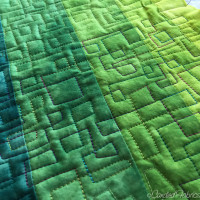 Waaay back LAST January, I started making a pair of quilts for Liam and Logan. Logan’s quilt is made from a rainbow of colors, with centers of many hues of green, Liam’s would be the reverse. Here are all the blocks:

And then had to put Liam’s blocks aside for something else, hah, many things! Now, a year and a half later, I’ve got to get it done so he can take it off to college!

So a few days ago I put the blocks back up on the design wall and he and I got an arrangement we liked: 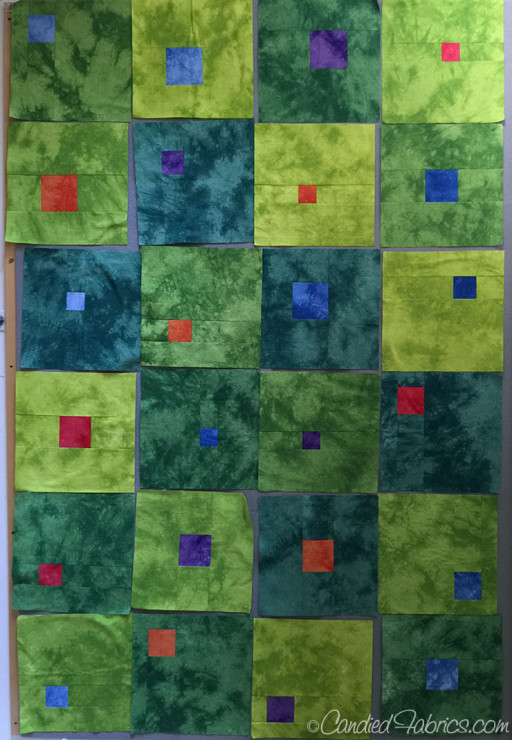 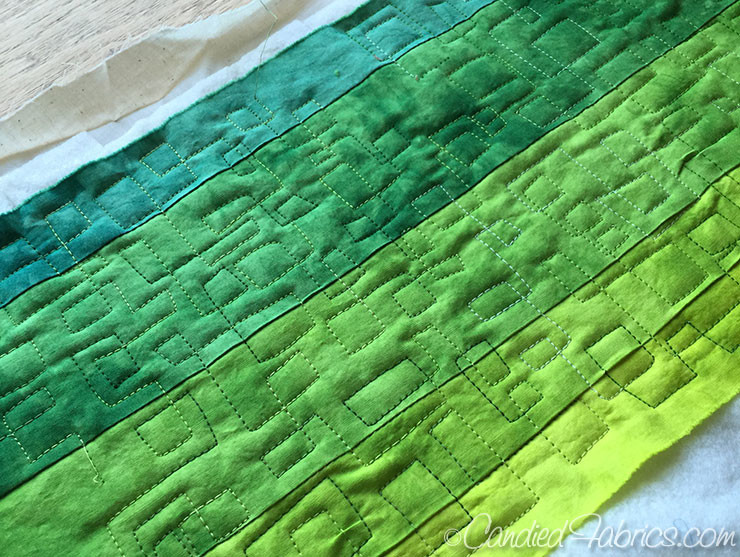 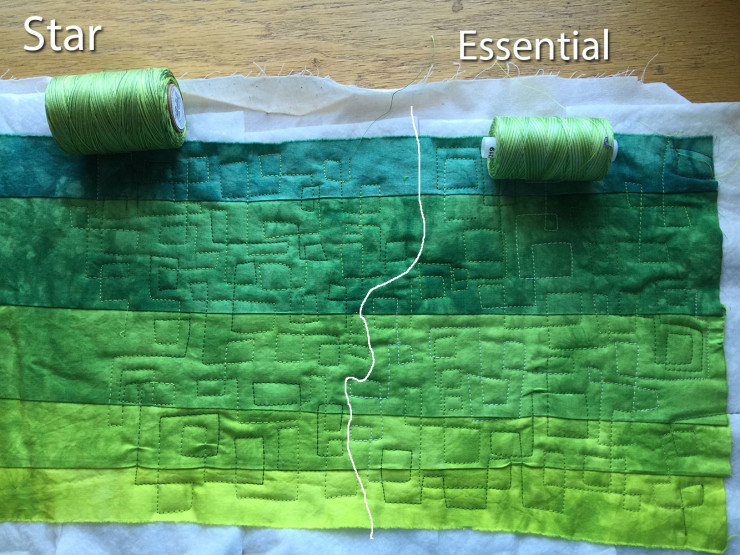 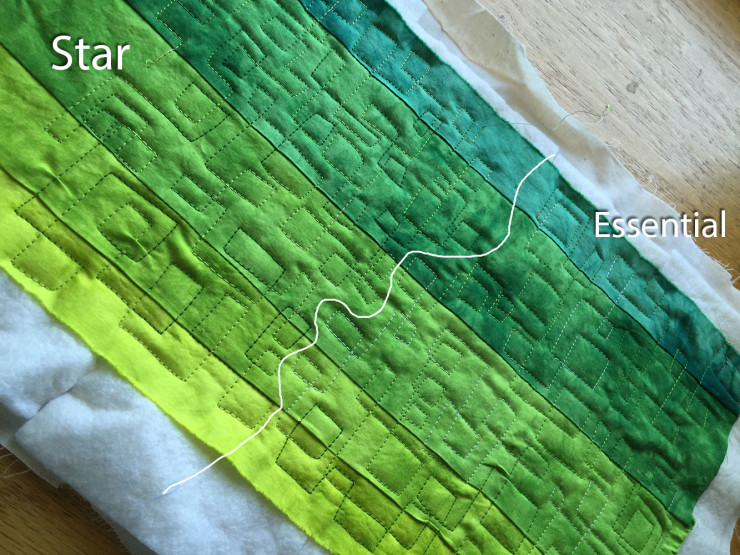 I sent these pix to Liam (he’s off in Mammoth at a music festival). I also sent him a picture of Logan’s quilting in rainbow thread as a contrast: 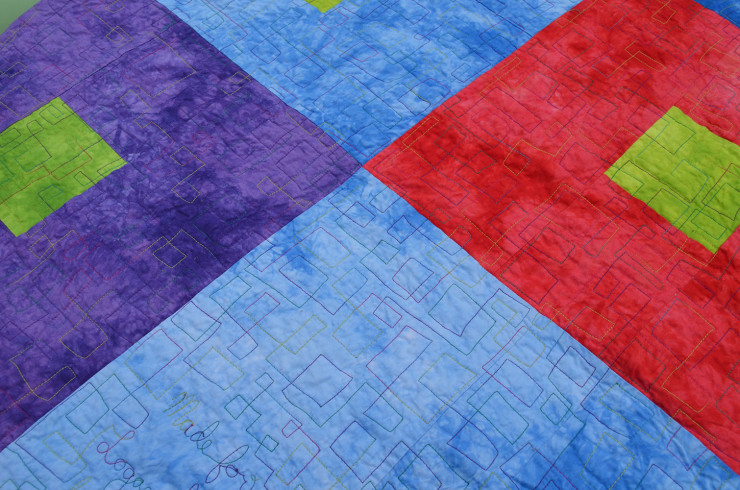 I was quite surprised that he liked the rainbow, he tends towards more conservative things! Anyway, I tried out the rainbow thread on the greens: 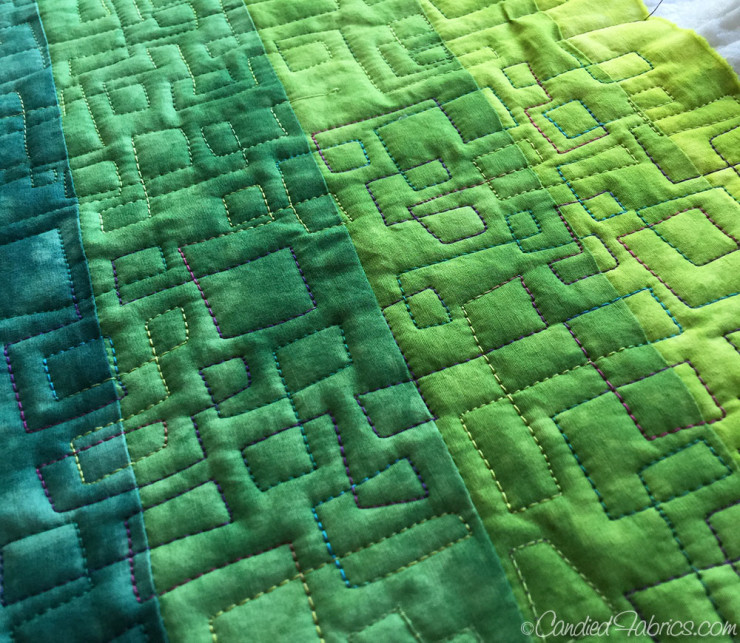 Now I’ve just got to quilt it! I’ll be using my quilt as you go with no sashing method; hopefully I’ll get it done before we’ve got to take him to Nashville next Thursday!

One Response to Studio Snapshots | A Modulating Squares Quilt for Liam