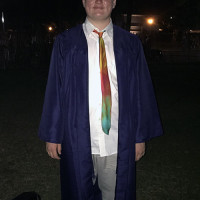 And just like that, Liam has graduated and he is ready for the next big chaper!!!!

They hold all the graduations on our town in the Redlands Bowl, the site of concerts all summer long; Liam played there last summer as one of the Young Artist Competition winners. The ceremony started at 7 pm (so it would be cool), with the gates open at 5:30 the bowl was totally packed, including all the extra stadium seats they bring in by 6:30. The band played a few pieces just before the festivities began, one of them an Arthur Pryor piece for solo trombone and band called “Fantastic Polka” that Liam had played with the band 2 weeks earlier at their final concert, and he sounded great! 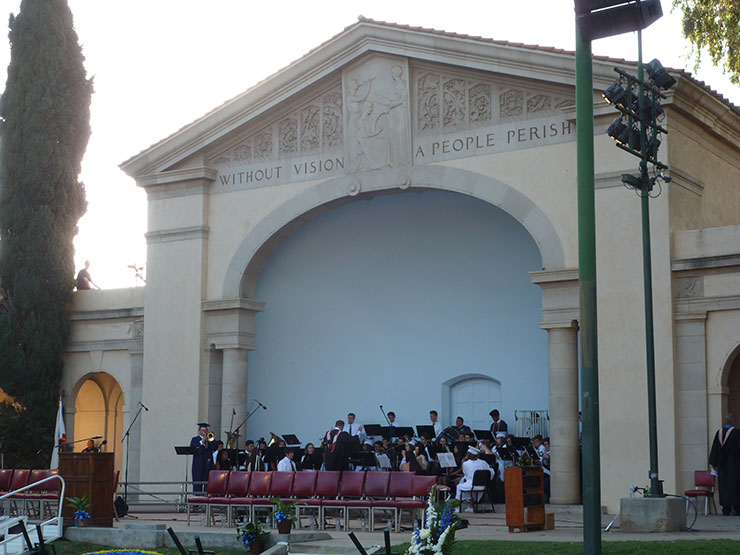 When he came up from the back of the band to play the piece, Andrew, Celia (Liam’s girlfriend) and I immediately exclaimed “oh NO, we forgot to tell him to take the mortarboard off when he plays!!!!”. Luckily, it stuck to his head like glue and gave him no problems at all, so all’s well that ends well! 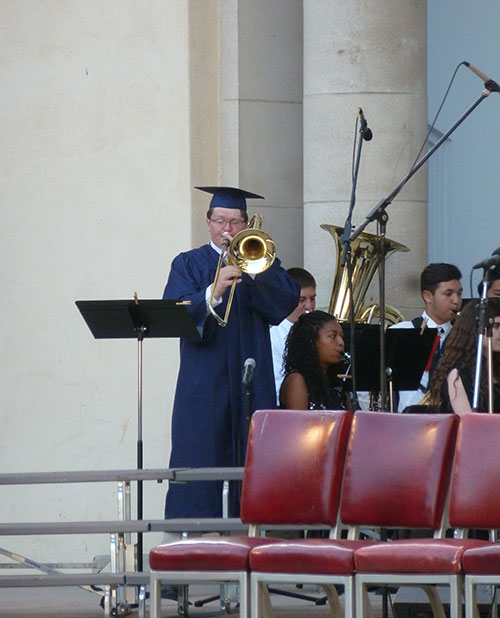 After that was 2 hours of ceremony; it was nice that the principal mentioned Liam’s being in All State and NYO-USA during her speech recapping the high points of the senior class. By the end of the event it was totally dark, and it was time for a couple quick pix and then home so he could cool off. Phew! 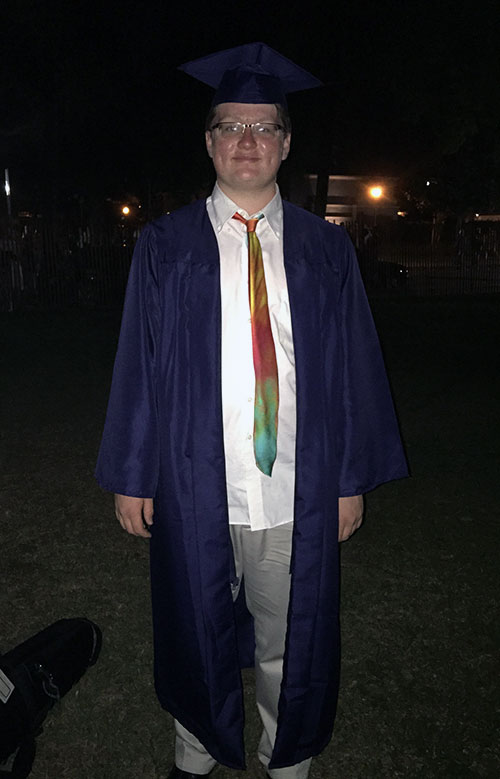 Here he is with his girlfriend Celia, a viola player from Santa Monica. 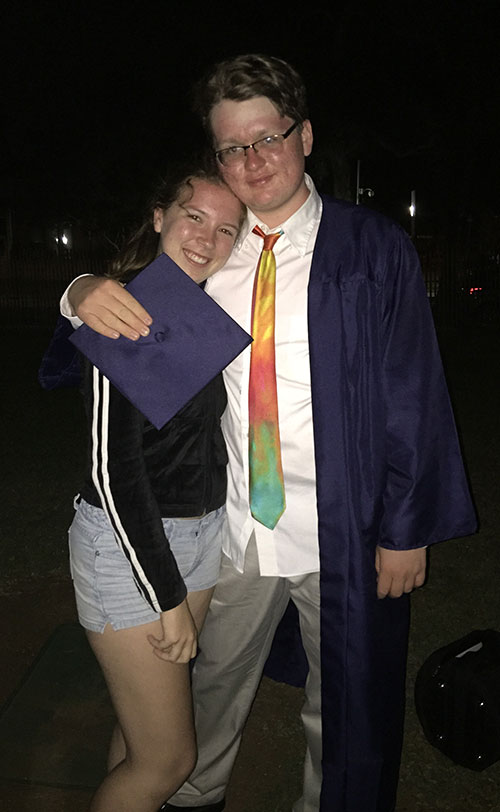 This entire year, actually the past year and a half, have been filled with such great experiences for him, that this event won’t be a high point for him in his memories looking back, but it does signal a very important transition for him, we are all excited to see what happens now!!!

2 Responses to One Moment | Liam is Done with High School!