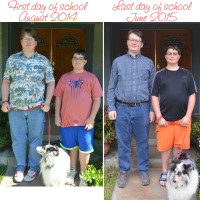 It’s the Last Day of School! Actually, Logan has another day and a half, but his exams were over yesterday, and there’s no way I’m getting Liam up out of bed and dressed early on the day after his graduation, so we’ll use today as Logan’s last day too! 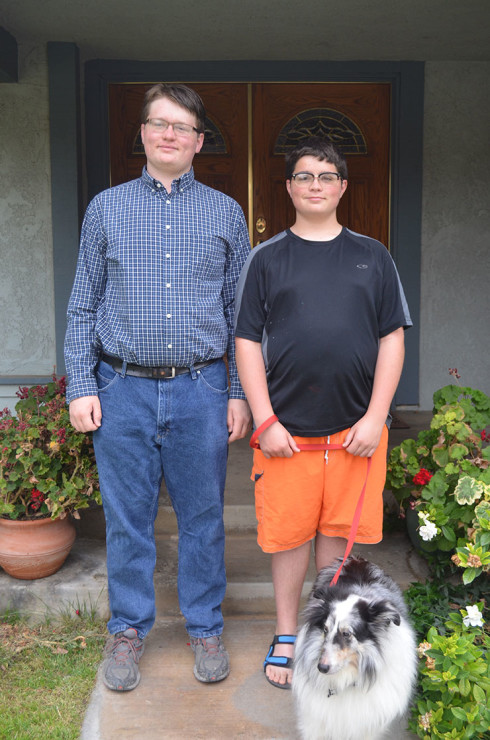 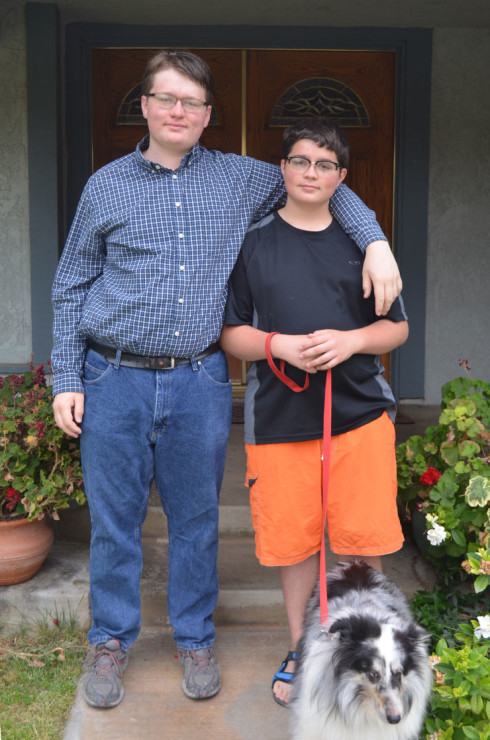 Here’s today’s shot lined up with the first day of school from last August: 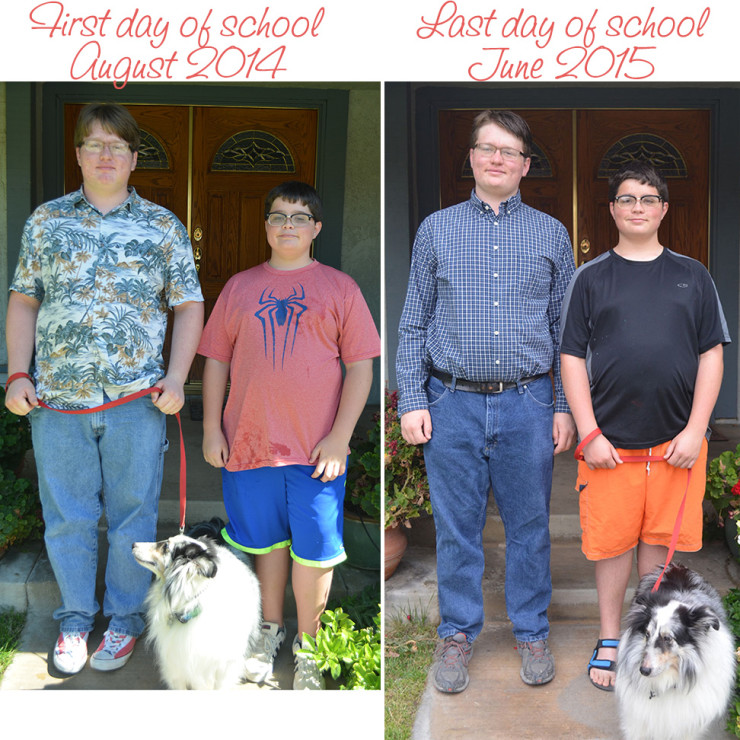 I think Liam’s height growth is just about over, but boy how his face has matured! And Logan, he’s growing up, up, up!!!!

Finally, I was able to find Liam’s first day of kindergarten picture…it was thirteen years ago but it sure doesn’t seem that long! 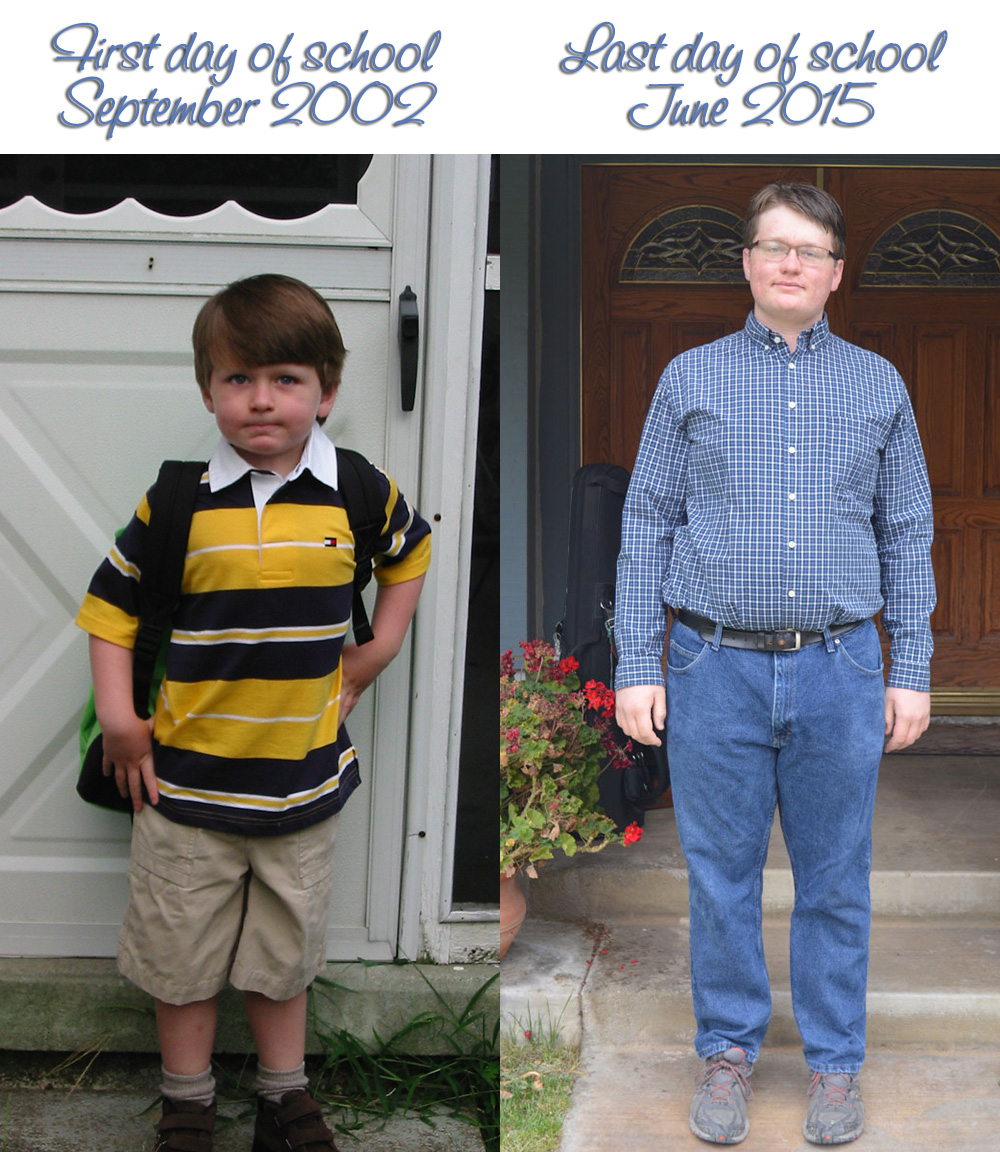 OMG how cute he was!!! My serious little guy has grown up into my serious big guy!!!! We had no idea who he would turn out to be last then, but it wouldn’t have surprised me one bit if you had told me 13 years ago that he was going to find his calling as a trombone player!!

2 Responses to One Moment | Last Day of School!