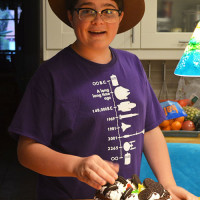 Logan turned 14 over the weekend! It does NOT seem like that long ago that he was born, and he’s just about in high school now!!!!

We had a nice party with 3 of his friends over. Liam and I set up a bit of scavenger hunt to lead them from one activity to another so they weren’t just playing video games the whole time, and it worked really well. For some reason they got the idea to put hats on, which they ended up wearing for several hours!!! 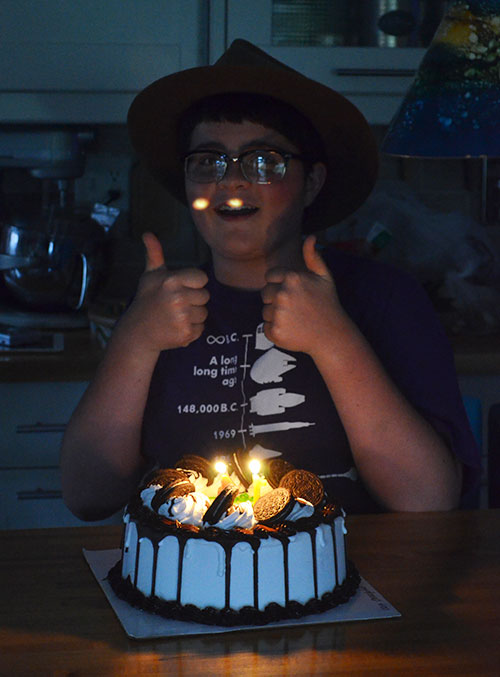 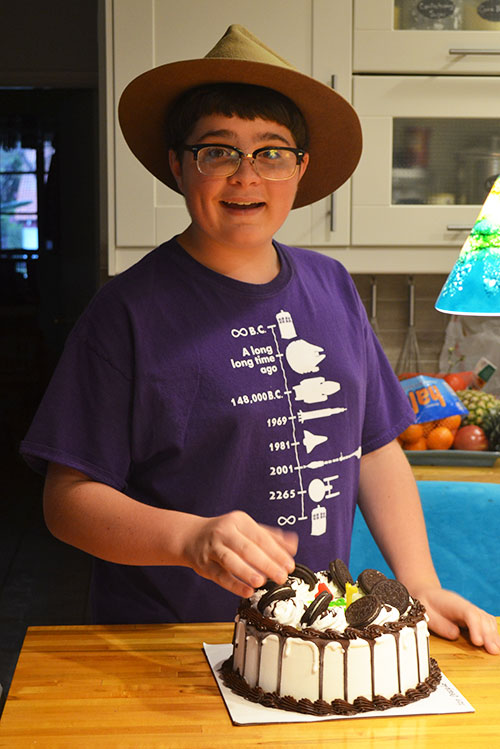 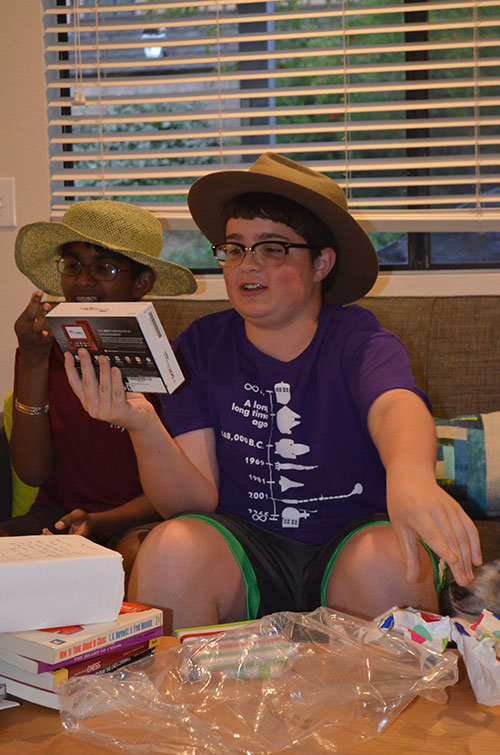 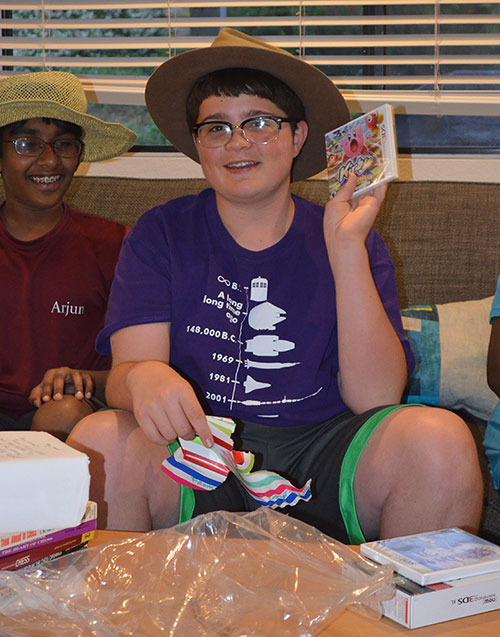 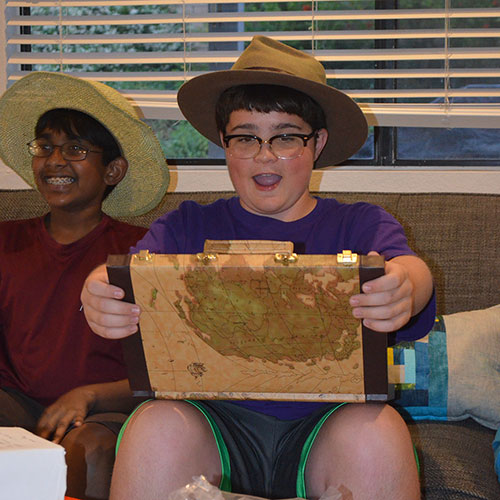 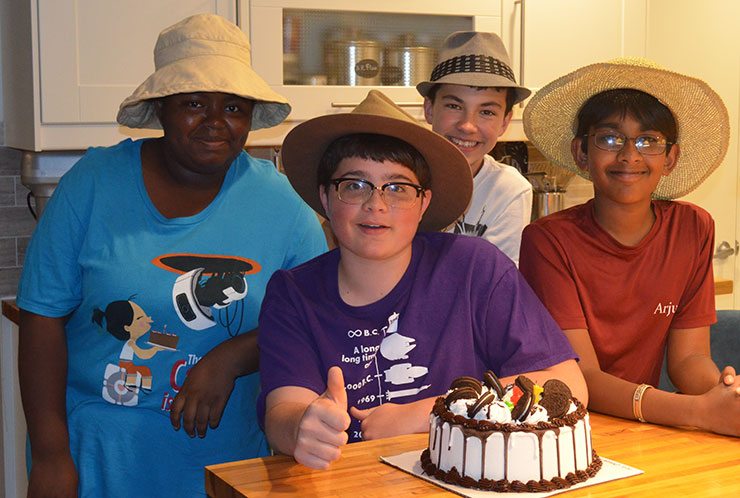 Most importantly, he had a GREAT time, it was exactly what he had hoped for, and that was great!

This year has been focussed so much on Liam, and Logan has spent some of that time playing more computer games than he should, I’ve been wondering how to get him more involved in something at school. Well, he because interested in Speech and Debate (Andrew was really into that in high school) and actually researched and wrote a speech to try out for the High School Speech and Debate team a few weeks ago. Although he came out worried because he had forgotten some of his speech during the interview, he had done enough research on the topic that he was able to fill in. While he was telling me all about this while we were walking back to the car after the interview, we hear his name being called: the teacher/coach had run out of the classroom to let him know that although they waited until all the kids had auditioned before choosing a team, they KNEW that they HAD to have him!!! It was a great boost to his ego, and really it’s a great fit – he’s a ham and loves to talk about things he’s interested in! There’s an event called “Interpretation” that the coach thinks he’d be perfect for. I have high hopes that this is a place where he can find some like minded kids in high school! He had to keep the fact he was on the team secret for a few weeks, so when the official letter came he was quite excited: 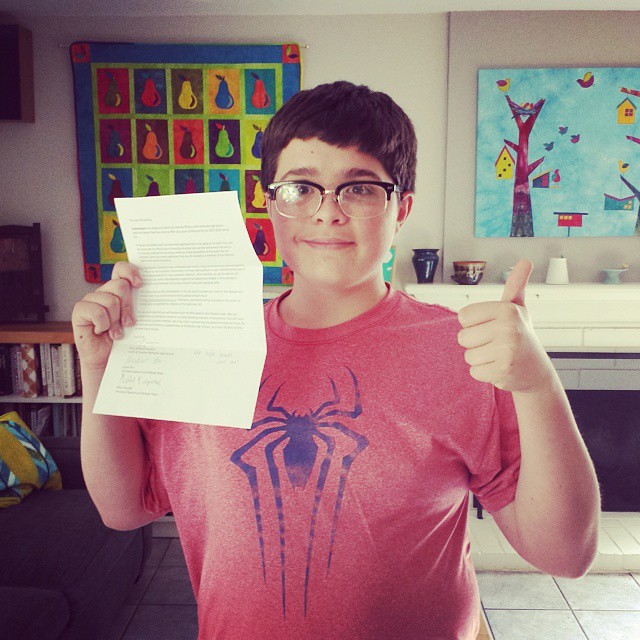 We are ALL ready to see the back side of middle school!!! 🙂