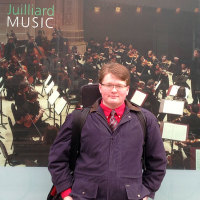 And the week I’m referring to is LAST week, not this week! It was a doozy, and the stress from it probably added to the WICKED head cold I came down with on Sunday, it’s taken all my energy just to teach my classes this week….

Last Monday morning, I took Liam and Andrew to the airport before the crack of dawn, sending them off to New York City: 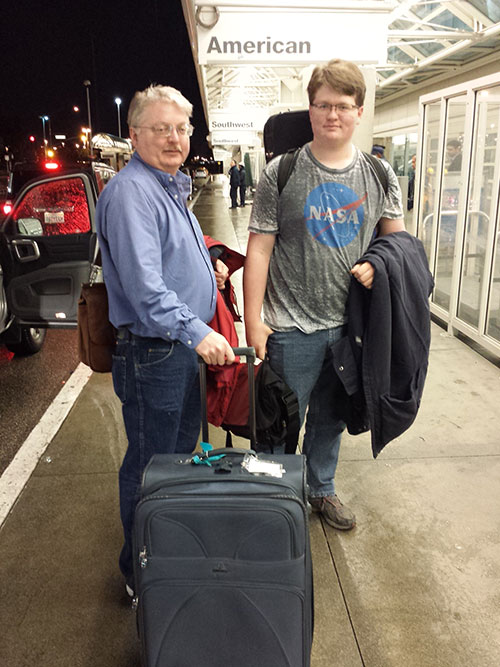 Although their flight was delayed a bit, they were able to get there in time for Liam to practice for an hour and then have a quintessential NYC sandwich from the Carnegie Deli: 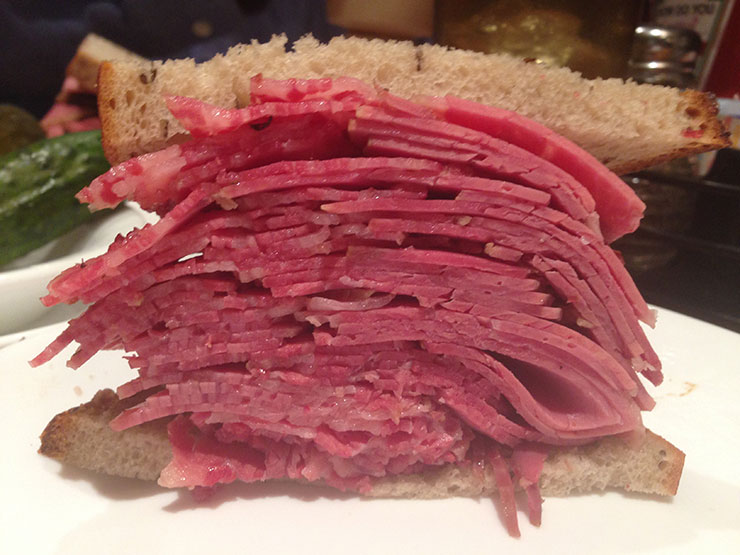 The next day Liam auditioned at Juilliard: 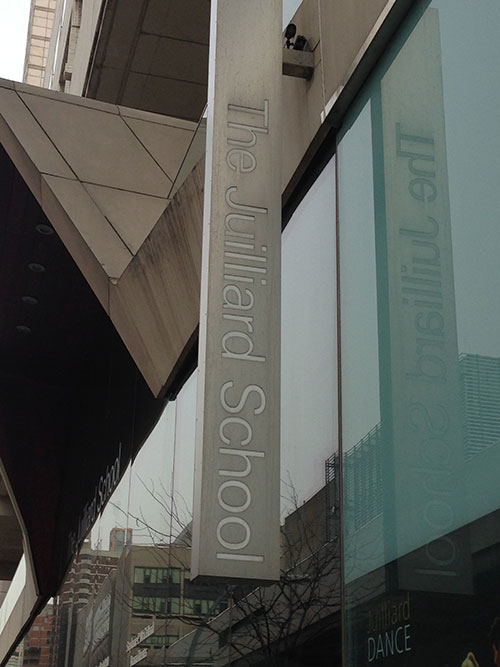 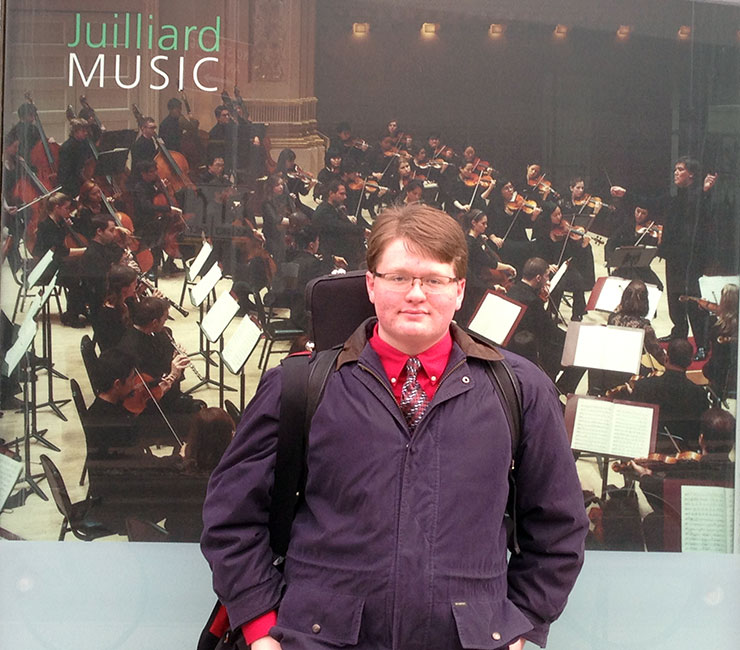 The next day they spent some time at the MOMA and poking around Manhattan. The only picture Liam took was of the sculpture garden outside MOMA: 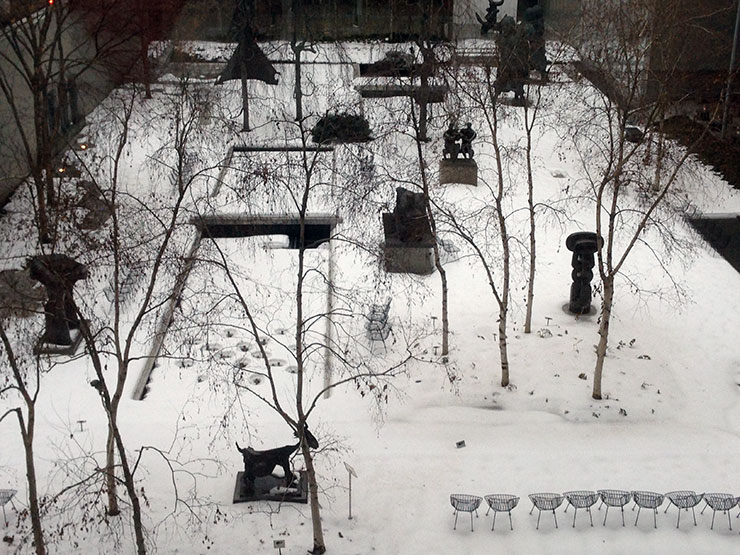 The next day Liam auditioned at the Manhattan School of Music…no picture of Liam outside the school because it was snowing, but they did find a bagel after the audition (apparently, it’s really hard to find bagels in Manhattan nowadays, hubby was quite grumpy at how NYC has changed, most of the small independent places have been replaced with Starbucks): 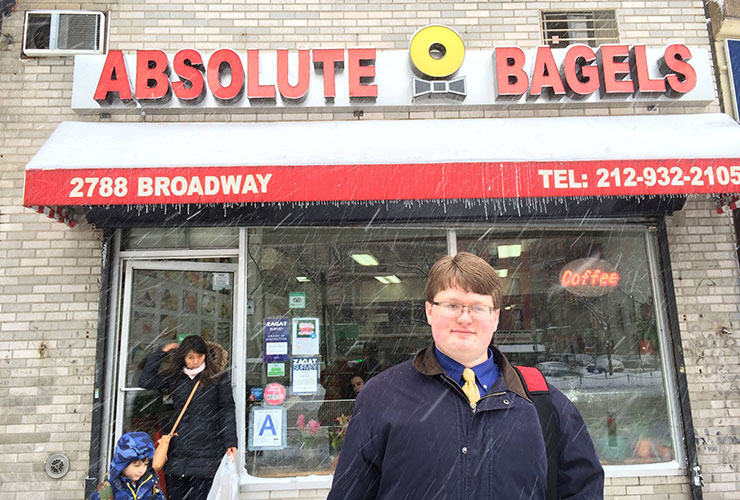 That evening, as they were eating dinner, they got texts from Southwest that their flights from LaGuardia the next day had been cancelled. (The Delta plane sliding off the runway that day had something to do with that…). They called me asking me so I could quickly find them something back to LA the next day, as Andrew had to be at auditions back here all day Saturday and Liam had the Spot Semifinals competition to play. So some frantic Travelocitying from me found them a flight out of JFK and into a Burbank airport! So instead of me picking them up at noon at Ontario airport 30 minutes away, I picked them up 9:30 pm at an airport ninety minutes away, sigh….

Anyway, they got back in time for their Saturday events! Here’s Liam with his accompanist Lara after playing the Spotlight Awards instrumentalist semi-finals: 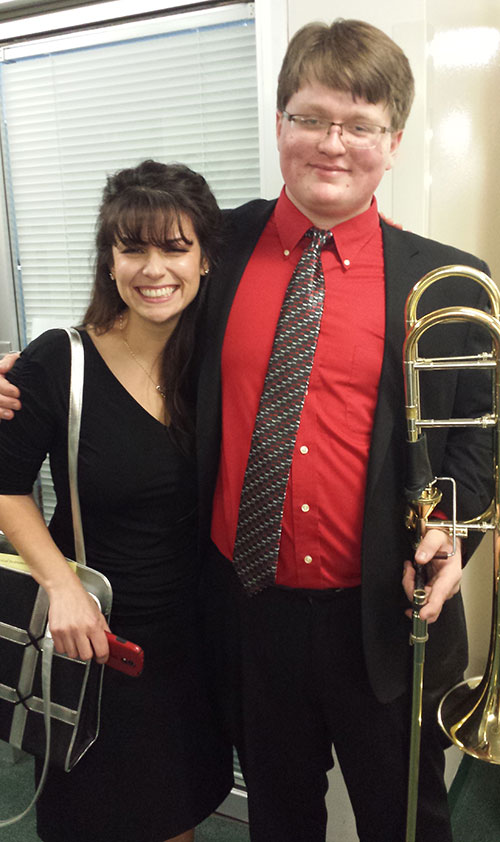 He was really happy with how he played! Now, with this competition, Liam was competing with all types of instrumentalists, including string players and pianists, so he was not at all surprised or upset when a string player and pianist went on to the finals, here they all are at the reception late that afternoon: 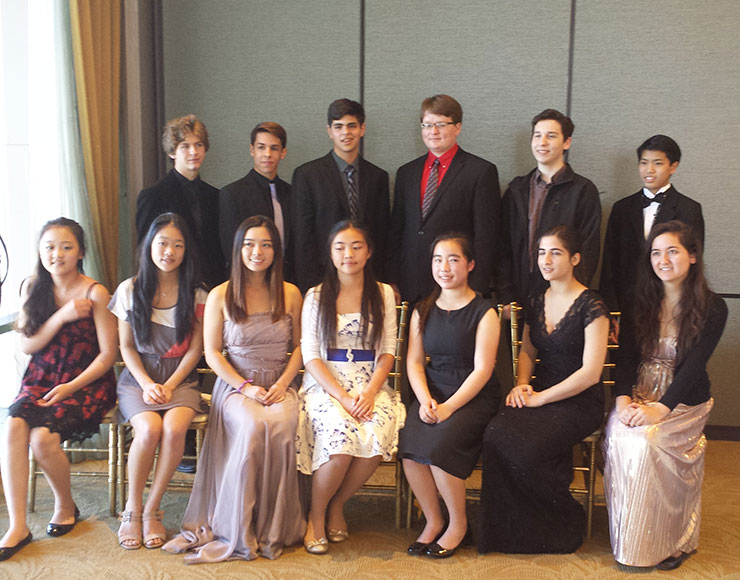 Was the day over after the reciption? NO! Liam took a friend (who is a girl…!) out to dinner, she had played a concert at Disney Hall while he was doing Spotlight next door in the music center! So…Logan and I went out to dinner someplace else: 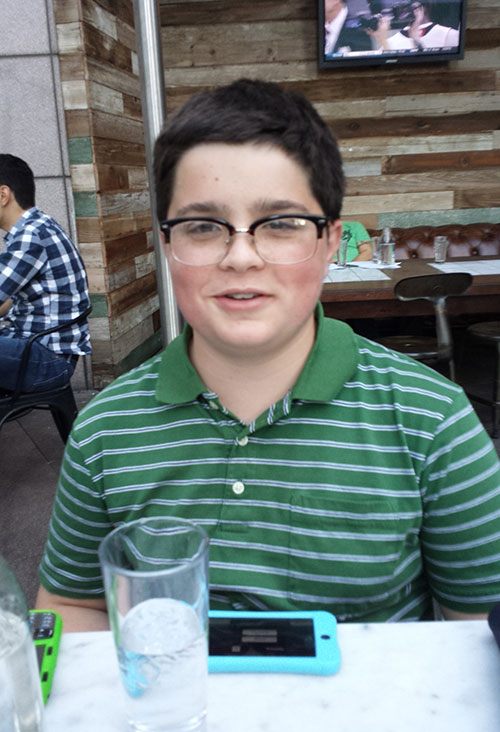 On our way back to the car, it was nice to see Disney Hall all lit up: 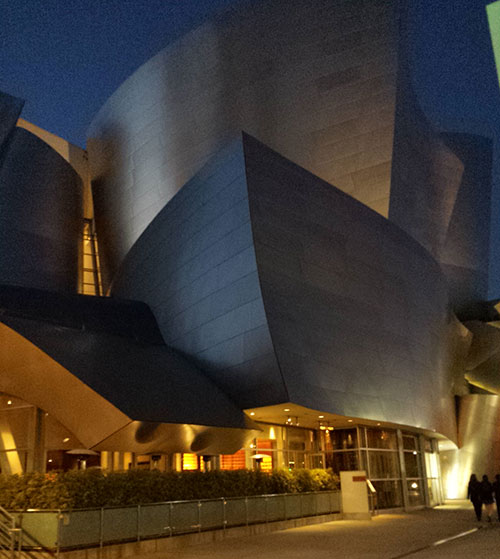 Once Liam was ready to say goodnight to his date, home we went! But wait, there’s more…Sunday, Roger Bobo, a famous tuba player spent the day at UoR. Liam had a lesson with him at 10 AM, there was a masterclass at 2, a concert at 6 and then we had Roger Bobo, along with Scott Sutherland, the tuba teacher here at UoR, and Stephanie and Lars Lovell, Stephanie accompanied Scott and has played with Liam a lot as well: 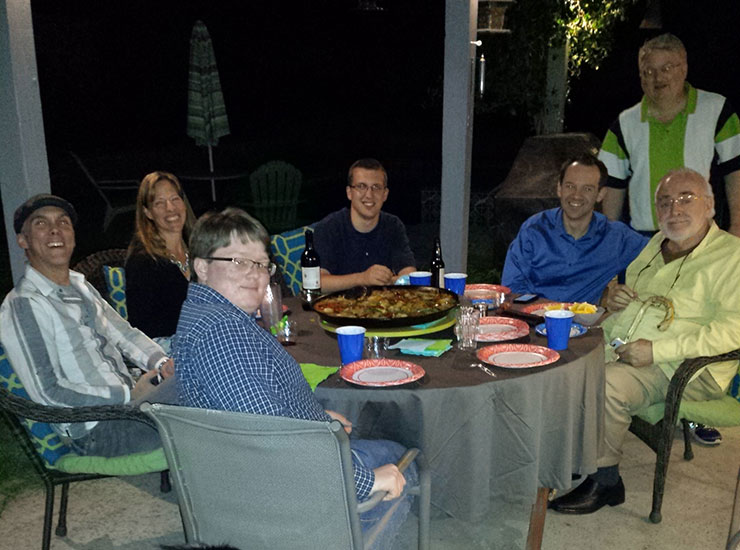 Hubby made an awesome paella: 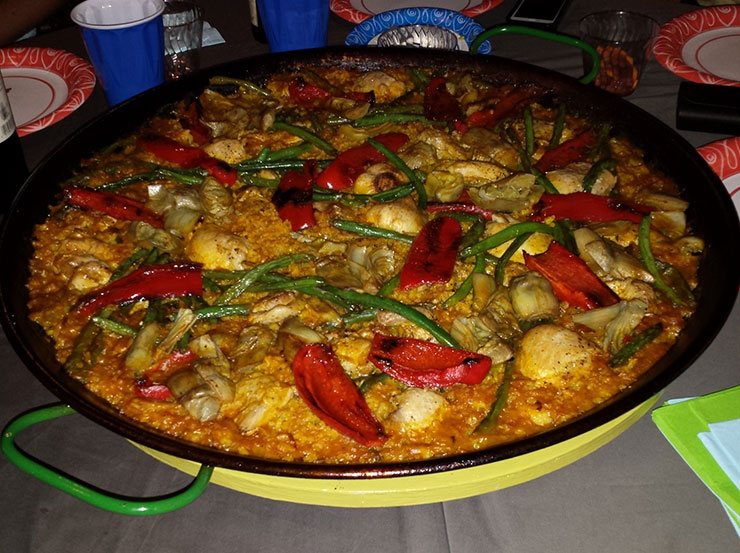 And my custom dyeing sink of awesomeness, well I haven’t used it yet, but it makes a great sideboard: 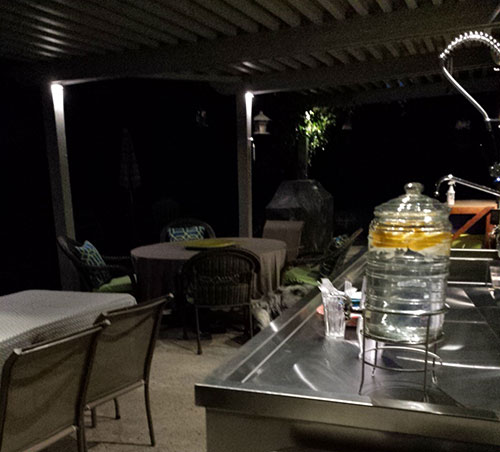 Hopefully I’ll be well enough to use it for dyeing THIS weekend!

3 Responses to What a Long Week!