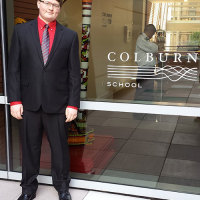 Believe it or not, my Spring Break is already over! The UoR always has early breaks, this year was really early! Unfortunately, it ended up being not much of a break! Last weekend was spent travelling to Fresno and back for Liam’s All State Orchestra concert. Monday both Andrew and I took Liam to his Colburn audition: 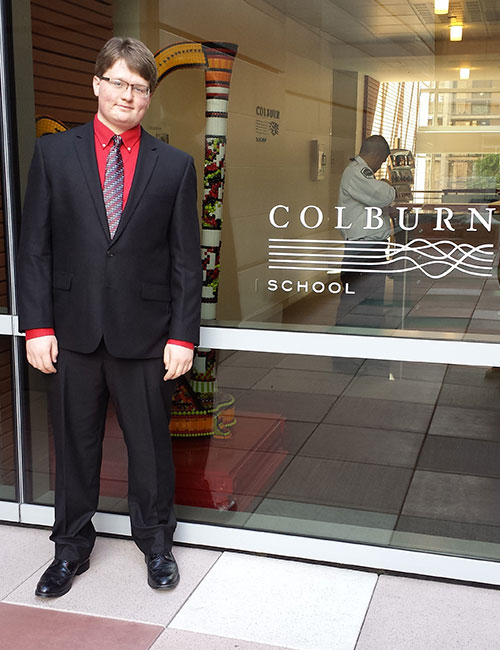 Colburn is in LA, and we ended up spending most of the day there. It’s very small (only 1 orchestra’s worth of student) but the facilities are gorgeous.  It was pretty darn stressful as most of the trombonists auditioning for the single spot that’s open this year were graduate students! Then, most of the week was spent dealing with a huge amount of uproar over something I’ve been working on with the Personell Policites Committee I’m on at school. (If you’re wondering, yes this was totally annoying…) Thursday we were able to go pick up my awesome new dyeing sink, and we got installed over the weekend. (I spent most of Saturday in LA, Liam had a 4 hour rehearsal for a group he was subbing with, couple that with 3.5 hours of driving and ush…Saturday be gone!) By the time I’d cleaned and polished it and put all my dyeing supplies inside, it was getting dark on Sunday…so actually using it will have to wait for next weekend!

Well, I got what I really had to get done, done. Taxes this year also involved about 7 different financial aid forms for all thes schools Liam’s applied to.  It’s hard to believe that in about 2 months we’ll know where he’s going to school!!!!

In the meantime, I’ve got to start thinking about Spring shows, and finally begin work on my Silk Dyeing online class!

I’ll be taking some nice pix of my new sink in the next day or two, I can’t wait to show you!!!