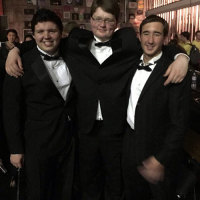 This week Liam spent 3 days in Fresno rehearsing at the CBDA (California Band Director’s Association) conference in the All State Honor Orchestra. This is the last time he’ll be in an honor group as a high school student! I am totally sure that without these honor groups, Liam would not be the musician he is today; from the very first experience he had as a 5th grader in All County Honor Band, these groups have been wonderful motivators. Being surrounded by kids who care about music and are working to be better musicans, being conducted by great conductors, it was inspirational for him, and he strived to always get into the next level.

We sent him on his way EARLY Wednesday morning: the Super Shuttle picked him up at our house at 5:30 AM (this of course meant I woke up about every 45 minutes all night long to make sure he was up ready to go), this got him to LAX with plenty of time to catch a teeny plane that took him to Fresno. He then had 2.5 days of rehearsing and going to concerts. We left Saturday mid day and drove up with just enough time to check into our hotel, grab a quick bite and get to the concert; in the past the 2 top groups, the HS Orchestra and Wind Symphony, played their concerts Sunday morning, but this year it was Saturday night.

They played Samuel Barber’s “Medea’s Dance of Vengence”, then a piece written by the conductor, Steve Amundson (the orchestra conductor at St. Olaf), and then the finale from Tchaikovsky’s Fourth Symphony. They played really really well! The Barber was quite tricky and Liam had some nice exposed bits that he played well and received a solo bow for. And Tchaik 4…well that’s always an exciting time! The conductor took it REALLY fast, fastest I’ve every heard it played, and they went right with him! The brass section has a lot of loud, strong playing to do in this piece, they sounded grand! At the end, during the applause, they were all high fiving each other and shaking each other hads, it was SO cute! You could see they were quite proud to have hung tight through the piece! At the end the kids received a standing ovation and folks kept clapping for a LONG time! Here’s Liam with the other 2 trombone players: 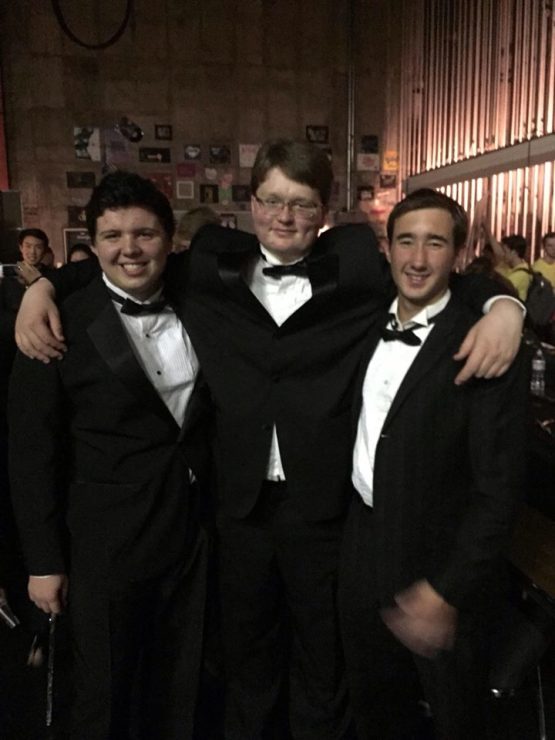 And all 3 of my handsome guys when we picked up Liam at the end of the concert: 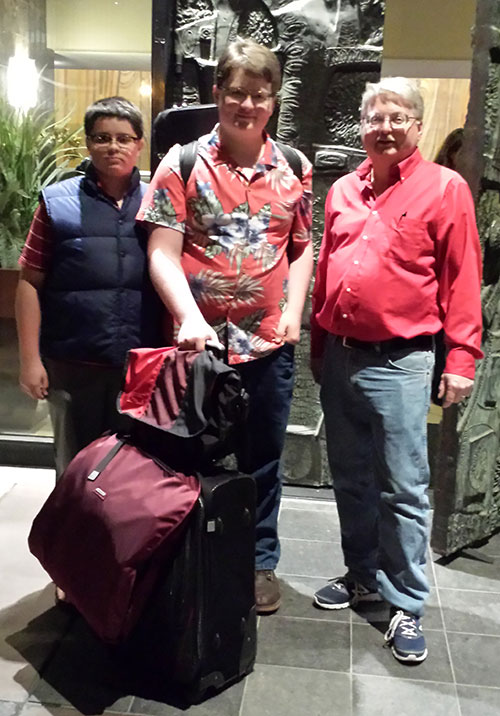 Um, he really is taller than Andrew, isn’t he???

We spent the night in a hotel and then proceeded to do the things that have become our traditions in Fresno (which, in case you didn’t know, isn’t the most exciting place to visit…). 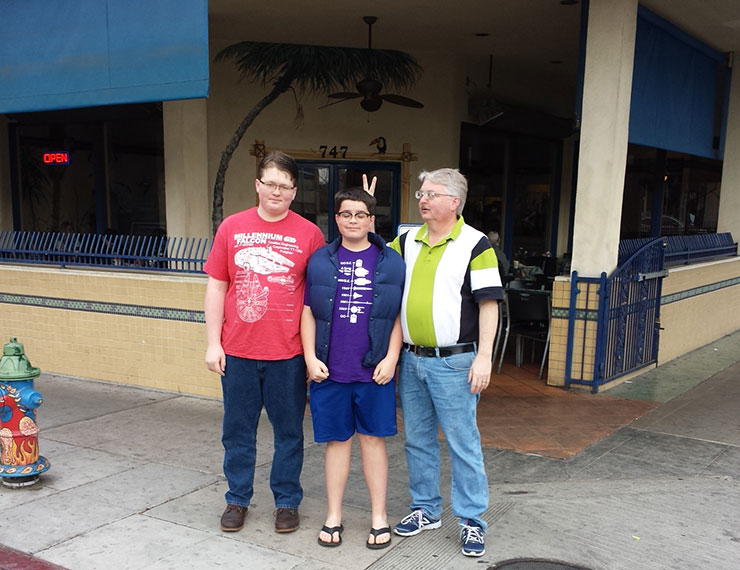 Usually it’s just Logan, Andrew and I, so it was fun to have Liam along this time!

Then the drive home! 3 years ago, Liam’s band director Mr. B. came home with us and we stopped at Sonic for lunch, somehow Logan, who was sandwiched in between Liam and Mr. B. choked a bit on a hot dog and ended up throwing up in the back seat of the truck (mostly into the box the hot dog came in). So of course we have to stop Sonic each time so we can send Mr. B. a picture and tell him we miss him: 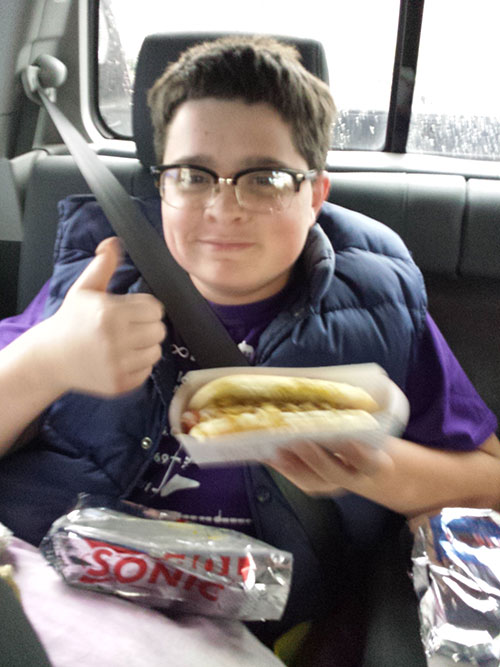 I went through pictures and found one from each year Liam’s done All State in High School; He also was in the junior high band as an 8th grader, but that year, Andrew worked the entire convention recruiting for the UoR so I wasn’t there to take pictures…ahem. Anyway, I had fun making this collage:

That is one happy kid! What a great way to end a series of honor groups!