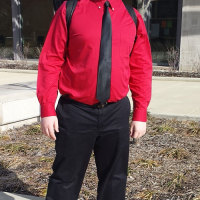 Well, Liam and I had quite the time in Bloomington Indiana, for his audition at the Jacobs School of Music, which is part of Indiana University. Here we are in the airport: 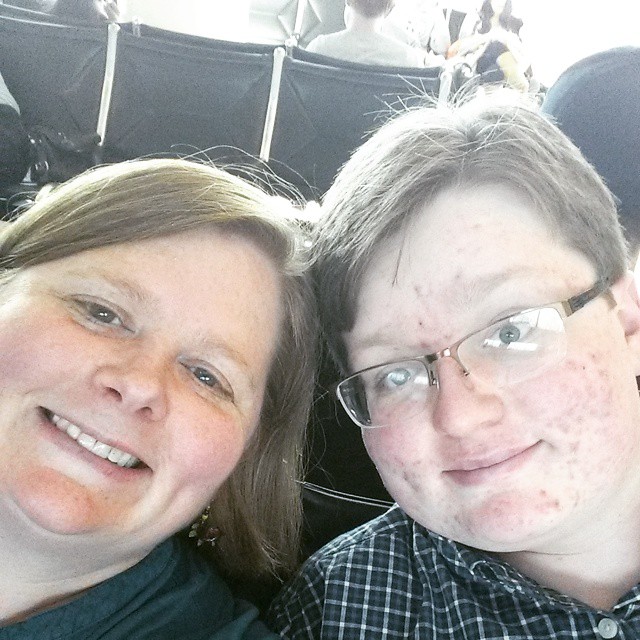 We arrived in Indianapolis just before midnight THursday night and then drove down to Bloomington Friday morning. We took a tour of the School of Music, which is made up of 5 really big buildingss on the southeast corner of the huge IU campus. This combination of a round (practice rooms) and square building (classrooms and offices) put together is called “the toilet” by students (according to hubby, who got his D.Mus. here years ago) 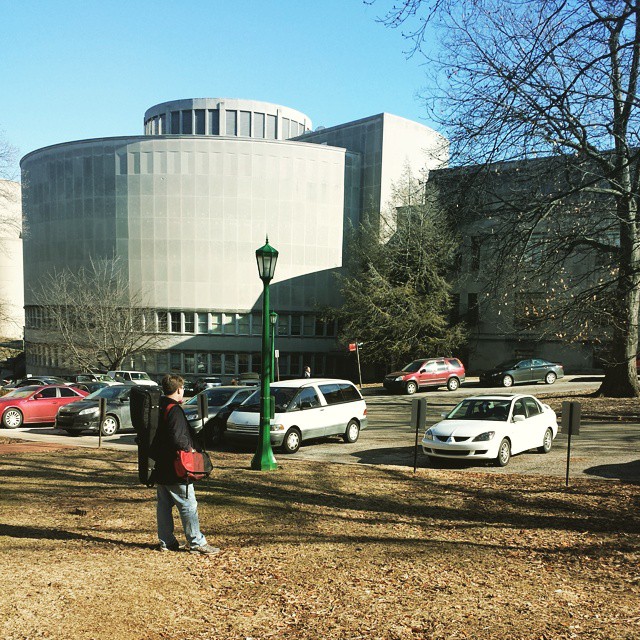 The large performance hall has a huge Calder scuplture outside: 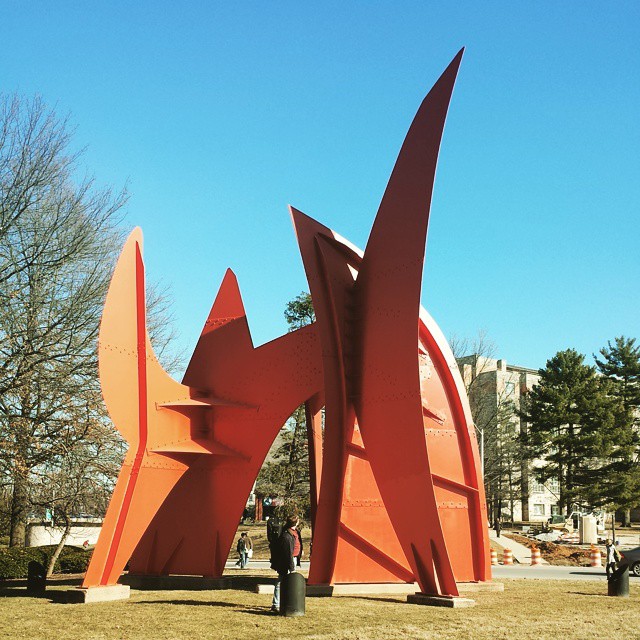 Last year, Liam and Andrew visited Jacobs when Liam was playing the ASTA All National Orchestra in Louisville, he was able to take lessons with 2 of the 3 full time trombone professorts then. Friday afternoon he had a lesson with Pete Ellefson, the third trombone prof. I sat in and took notes: 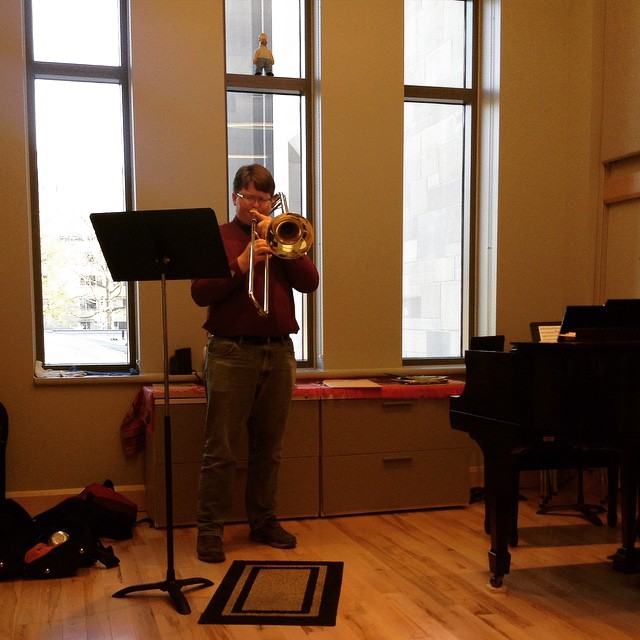 After a lovely dinner and a quick look around this cool used book store: 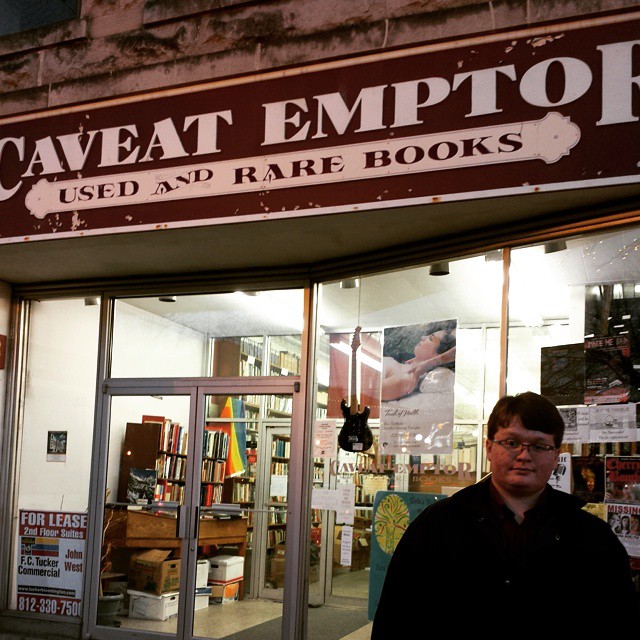 There was an “audition eve recital” where the trombone professors played a few pieces, and then lots of the current trombone students and every auditioning trombonist (55 or so in all) played a trombone choir piece together. No picture of that. 🙁

Saturday we woke up gright and early, got a good breakfast, went to an information session about the school, Liam got a good practice session in and then after a quick lunch, audition time! It was over quickly, and he was happy with how he played! 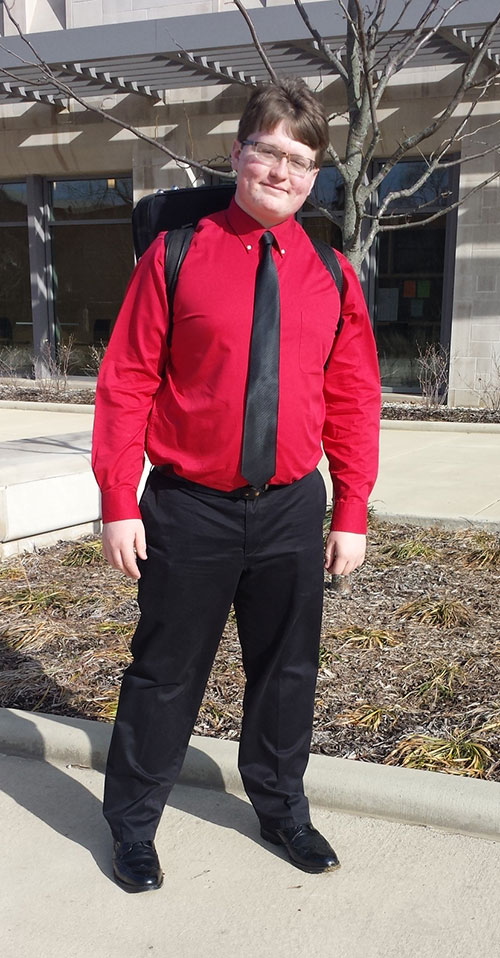 We then wandered a bit around the campus, including their awesome art museum. Liam was happy to see they had a Pollack: 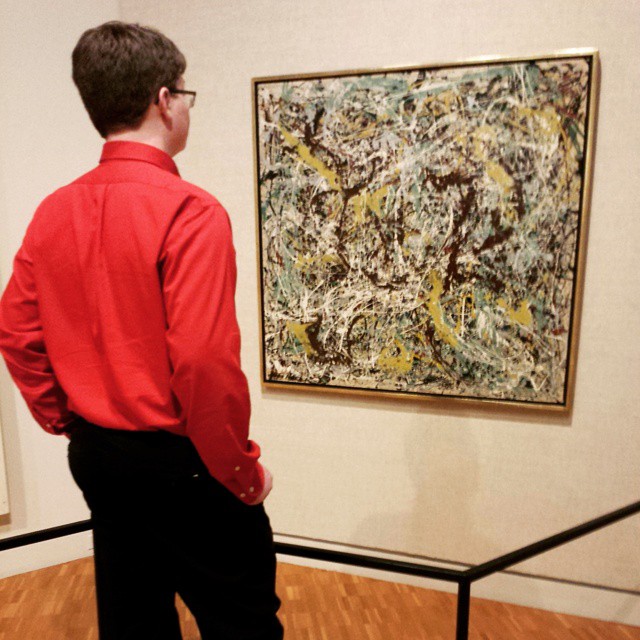 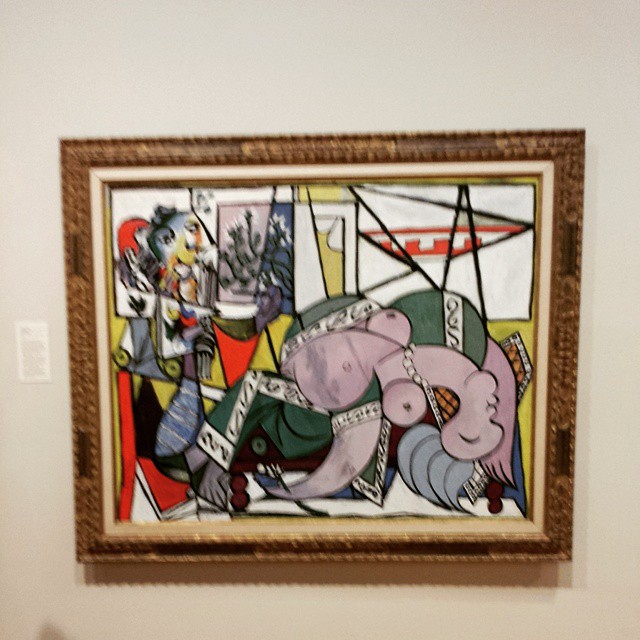 Liam spent another hour and a half in the used book store while I kicked back in the hotel room, and then it was time for a celebratory dinner! 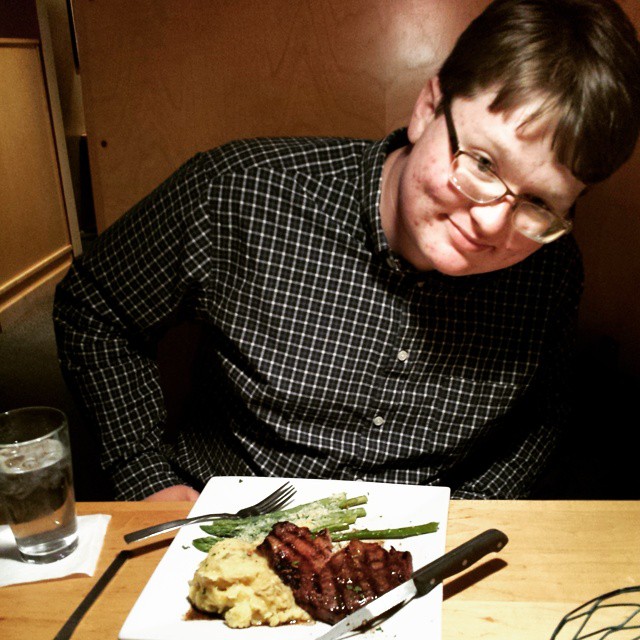 We were up early the next morning and headed back to the airport. We arrived home late afternoon and I officially was POOPED! I sat my butt down on the chaise and did NOT get up! 🙂 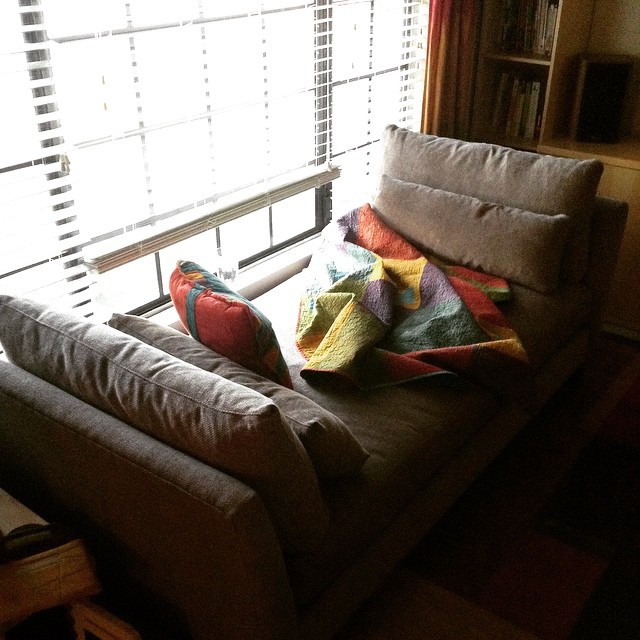 We had a great time…there was certainly a fair amount of stress on my part, directions are NOT my strong suit, so we got turned around a fair amount. Liam’s got some good stress-relief strategies going on that seem to be serving him well so far. The next audtion at Northwestern is much more stressful, hopefully this relatively low-stress experience has got him ready!