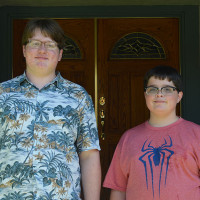 Usually, I post that fun Staples video with the Dad manaically throwing school supplies into a cart singing “It’s the most wonderful time….of the year!”. But this year, school’s come a little bit too soon for me and Liam. Luckily, Logan was excited to go back, but this is due to a happenstance miracle! He started playing bass guitar this summer, it was really just a whim, but Andrew and I wanted to encourage it without pushing it; we want him to continue to love and play music as he grows, so it seemed a logical addition to his cello skills to play bass guitar, and maybe it would lead to him playing in a jazz band or a pickup group with a couple of his friends (that was the original impetus, but that didn’t happen this summer…) Anyway, here he is in June, just after we bought an inexpensive bass guitar/amp combo: 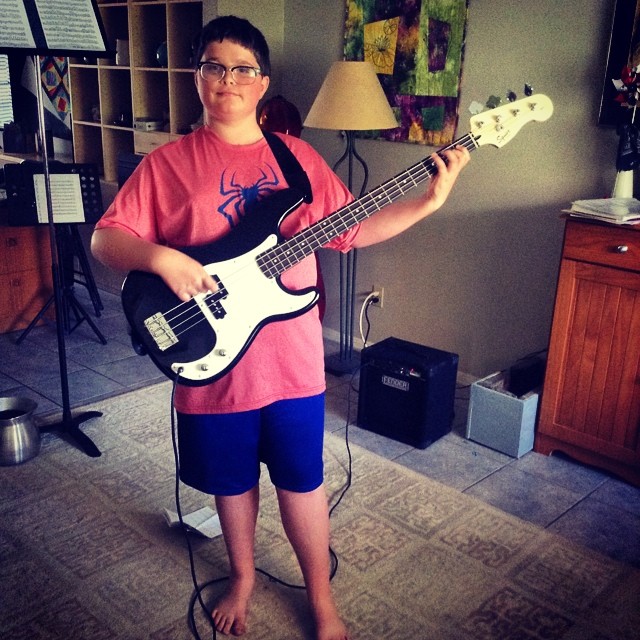 This summer he played it a bit most days, he picked up the blues scale right away and learned a couple songs on a computer program we’ve got called “Band in a Box”. We’re going to get him started with some lessons this Fall, but were at a bit of a loss with what else he could do. Monday comes around and it’s pick up your schedule and find your classrooms evening at his middle school and we run into his music teacher, Mrs. Chaplo. He immediately starts telling her about learning the bass guitar over the summer and she asked him if he wanted to play in the Jazz Band, because her bass guitarist had just dropped out. The Jazz Band is her top group at the school, so we were a bit worried he wouldn’t be ready for it, but the other kid was a beginner too, so that wasn’t a worry. Plus, she knows that Andrew and I will make sure he’s working on the music, so that’s fine. He was scheduled for gym during the Jazz Band slot, so we were able to switch just gym and Jazz Band easy peasy, and suddenly he was PSYCHED for school to start because he’s in the COOL GROUP! (And he still plays ‘cello in the orchestra: twice a week the Jazz Band kids work on the regular band or orchestra music so they can play with them during the concerts).

ANYWAY, poor Liam had his wisdom teeth out last Friday and then had to do all his AP-Lit summer homework between coming home from NYO and this morning. But he got it done in the nick of time, and the assignment that was quite useful (first draft of college application essay) he actually surprised me with how interesting it was, so PHEW! Starting the year off on the right foot.

Things were too rushed this morning for before school pix, but I made them do it as soon as they got home: 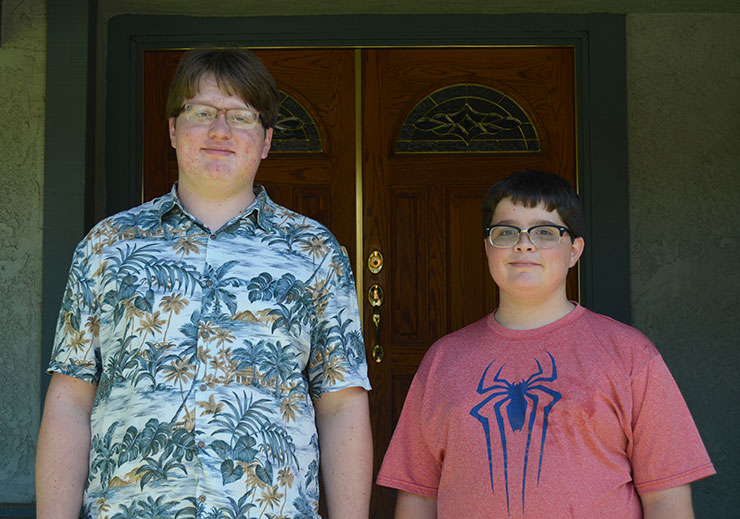 Surprise, surprise, my usually very conservatively dressed Liam wanted to wear a Hawaiin shirt and his NYO-USA stars and stripes converse sneakers for the first day!

How much taller is Liam than Logan? 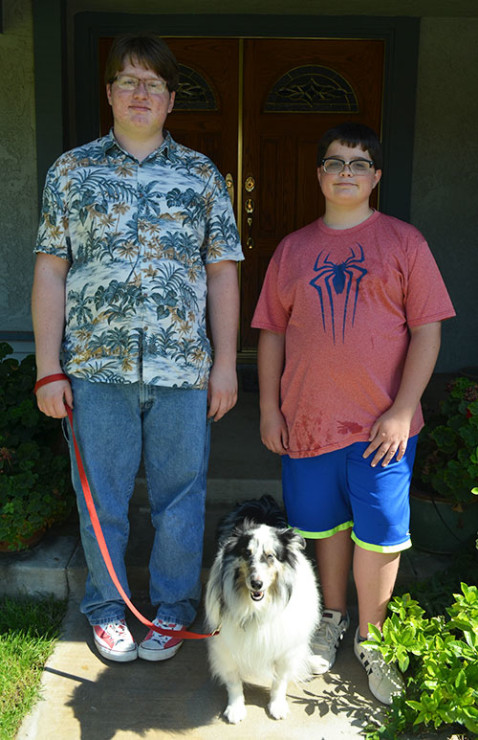 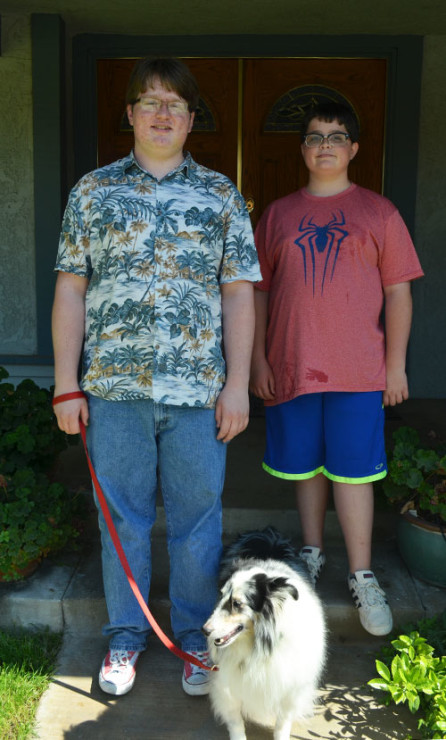 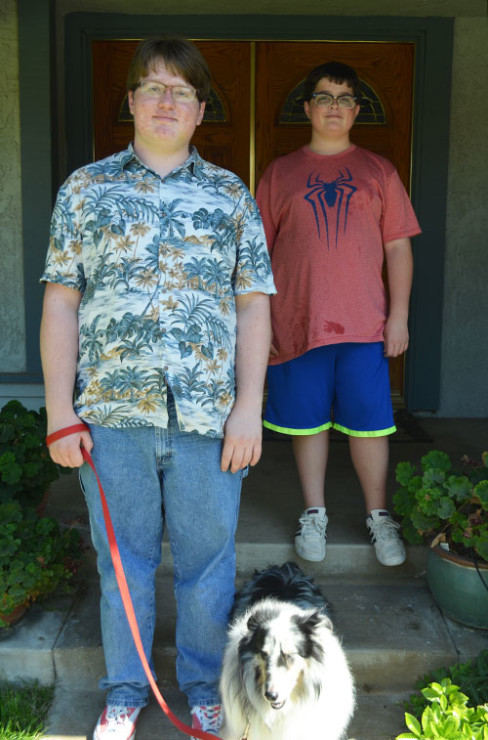 They both had a pretty good first day…fingers crossed that continues!