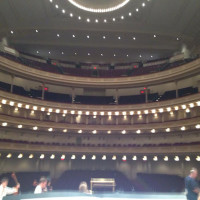 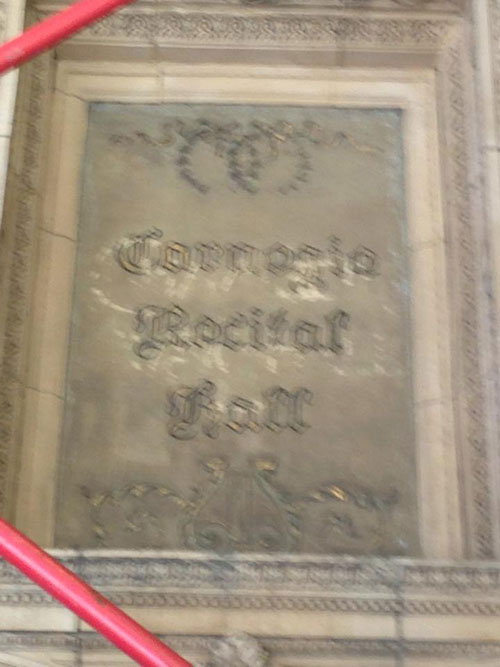 with the caption “So this is what happens when you practice”.

I know I’ve been blogging a lot about Liam lately; I promise I won’t post about each of the 8 concerts the NYO-USA plays on this concert tour that started Sunday, but I had to share this in a timely fashion, since the concert that he plays at Carnegie Hall tonight will be broadcast on WQXR, so if you wanted to you could hear them play – WQXR is streaming over the internet. The concert starts at 8pm EST.

Yesterday they had a rehearsal in Carnegie Hall, here’s another fuzzy picture Liam took: 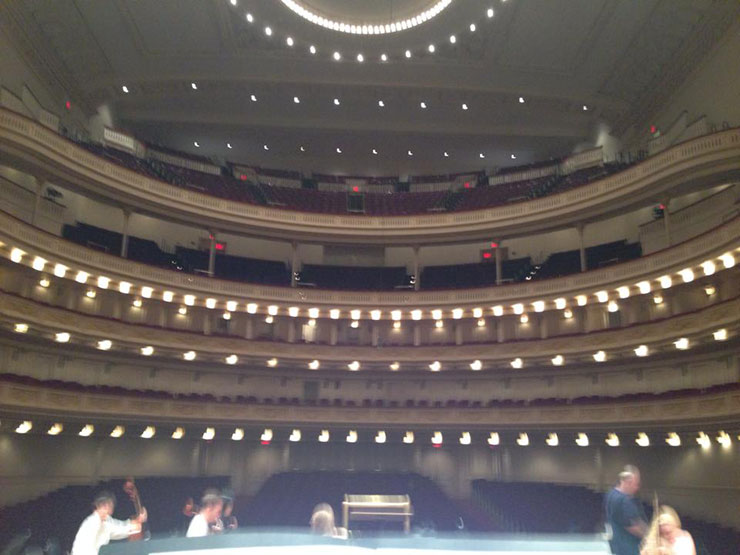 After the rehearsal they did an interactive concert for 150 kids from the Department of Homeles Services, Liam tells me it was a bit chaotic as the kids were allowed on the stage while the orchestra was performing; but afterwards the kids got to ask questions of the players, Liam got to explain to some second grader how exactly music worked (from the printed page to the sounds).

There was a great article in the New York Times yesterday about the group entitled “Youth is Not Wasted on This Young Orchestra“. There were several pictures taken during the “From the Top” radio show they recorded last Wednesday, a few friends on Facebook were quick to point out Liam in this picture: 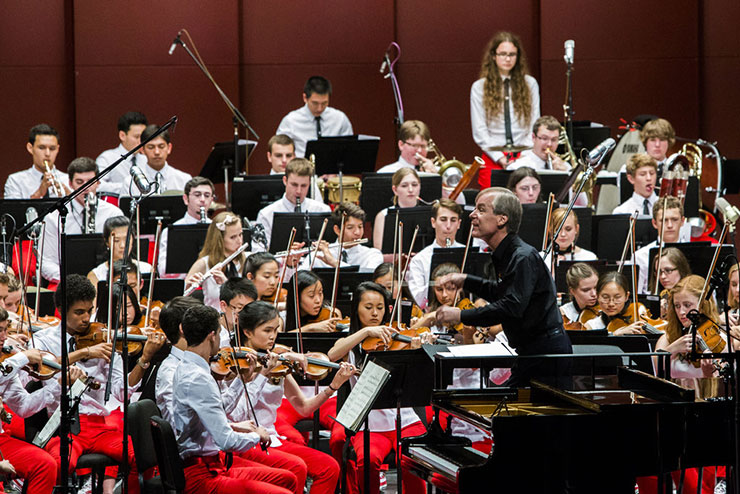 A couple of days ago they posted a recording of the NYO-USA playing their Porgy and Bess encore:

I can’t wait to hear them in person, but I’ll be listening to the broadcast tonight too!

← 5 Pillows for Jess and Jim
There’s Nothing Like Family Visiting to Spur the Finishing of Projects! →