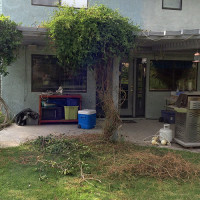 We’ve been trucking along here in Redlands! Liam’s been gone for a week now at the start of his NYO-USA residency, and I have to say that I’m spending way too much time wondering how he’s doing; I’m hoping that this part goes away soon! Actually, since I’m talking about this, I’ll say that I severely underestimated how much time it would take this past school year to get Liam through all his auditions and performances, as well as the dreaded Junior year extra academic stuff with SAT’s, AP tests etc… I know that this coming school year is going to be even crazier, and I’m going to try to REMEMBER THIS! 🙂 Oh, a mother’s work is never done, is it? Once he goes off to college, am I going to be worried about him all the time? I hope not!

Anyway, all this worry and stress has put a bit of a strain on my making. I did get Dyeing 103 completely finished, HOORAY! I’ve got to get a move on with these pillows for Jess and Jim and then it’s time to start planning for vacation!

Before we head out to the Tetons, my brother and his family are going to be here for a whirlwind visit next Thursday, so of course, Hubby decides that the really old lights we have strung around the perimeter of the patio need to be replaced. So we headed off to Lowe’s today and bought a passel of low voltage lighting to install: 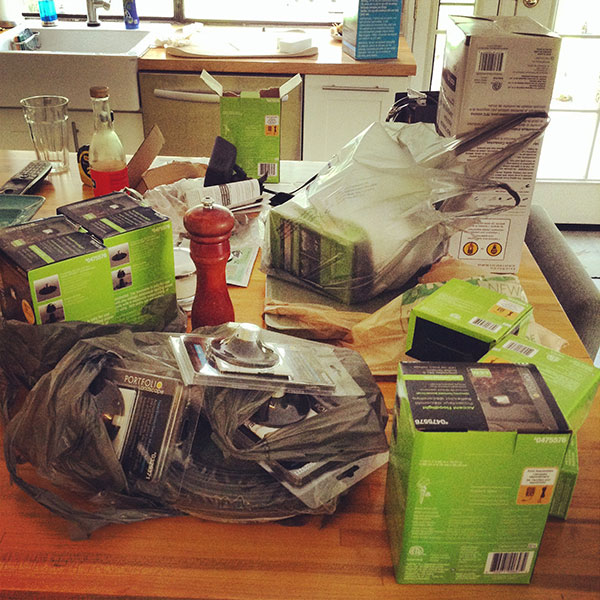 And he started to trim the vines growing up the pergola posts: 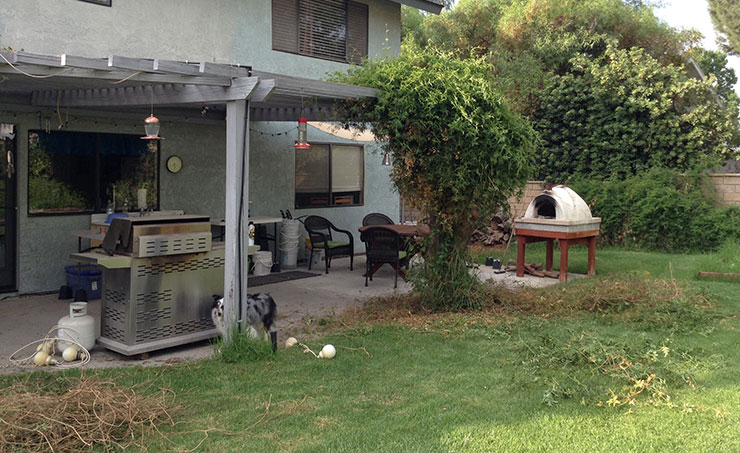 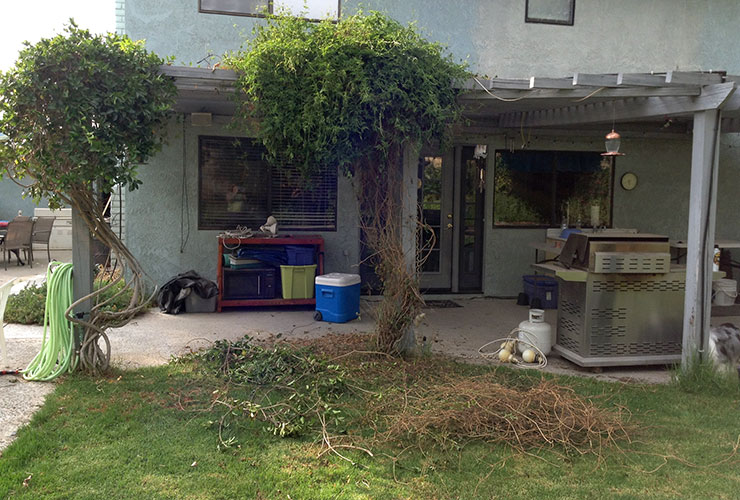 That vine on the left in the picture just above is something called potato vine – this is where the scrub jay nest was. The day after I posted about the fledging chicks they had left the nest. UNFORTUNATELY we found 2 of the chicks in the pool – oh my GOODNESS so sad! But I was happy to see the other one off in a corner of the yard under our big hummingbird bushes a day later. For the next 2 days whenever I approached that I got the same chirping scolding from one of the parents, so I am hoping the fledgling continued to thrive. Today we didn’t get any chirping so maybe he’s safely flying??? Fingers crossed. Anyway, Andrew left the nest in that left vine but really trimmed it back. He was hoping to be able to clean up the Jasmine in the center and right as well, but they are really over grown, with LOTS of dead vines and foliage – so we’re going to start over with the Jasmine. He’s going to cut them back to the ground and when they grow back we’re going to keep them on a tighter leash!  1) Because the patio/backyard looks bigger when you can see from one place to the other and 2) because I don’t want any more birds to nest in them! Oh, it’s been so stressful and sad, the vines are so close to the pool. Sigh….

Anyway, as you can see, we’ve been busy, and I’m hoping for some peace of mind so I can keep on checking things off the list!