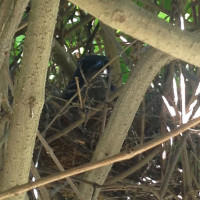 We’ve had a pair of Western Scrub Jays build a nest into one of the vines growing on the post holding up the pergola on our back patio: 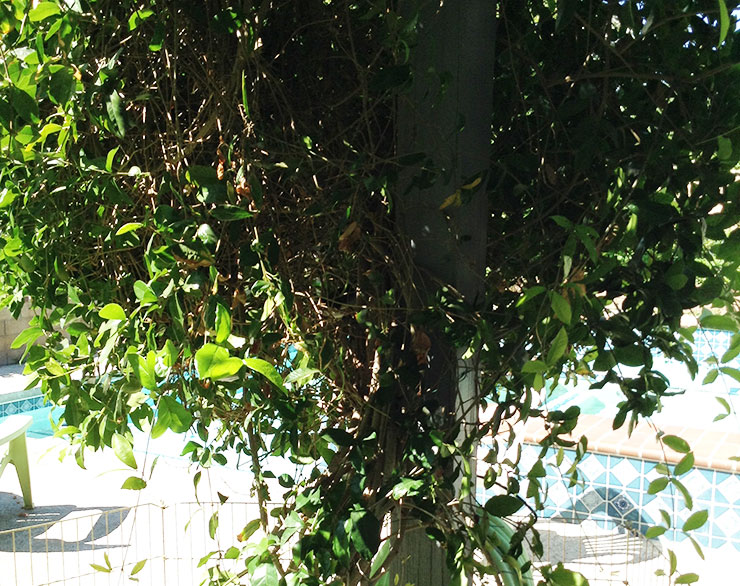 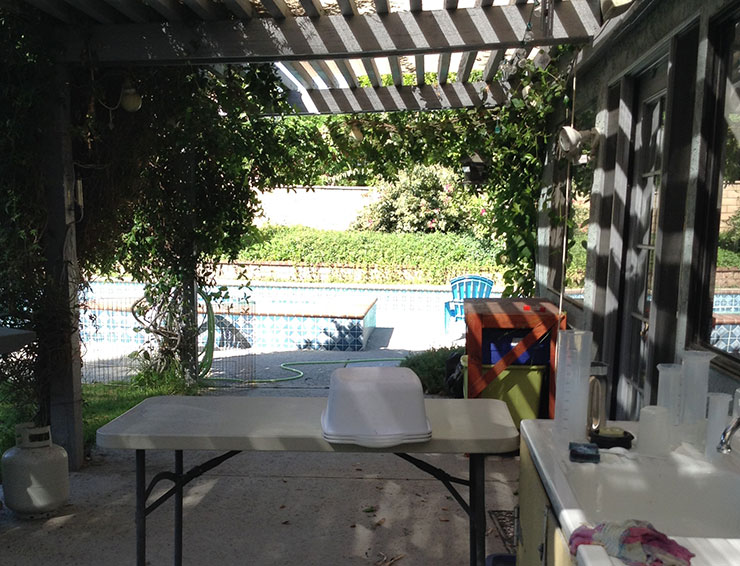 We’ve been keeping an eye on the nest: 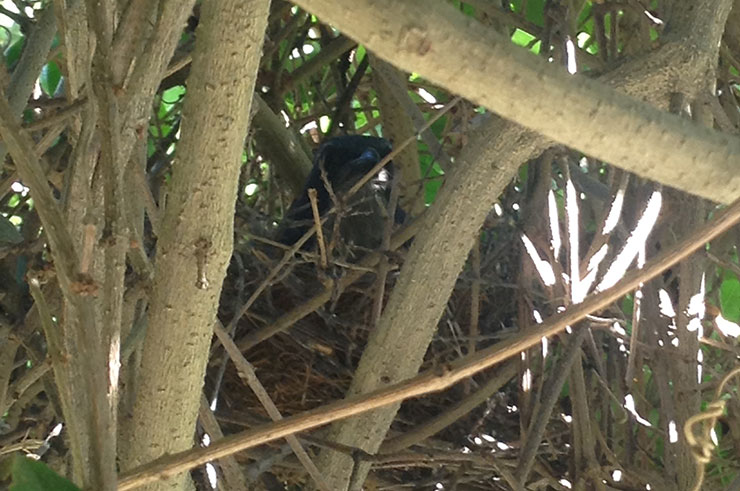 But it’s been harder and harder to sneak a peek at the nest, with the other Jay (I assume the Dad, but it’s hard to tell as both of them are quite colorful) swooping and calling out whenever we get too close. But since we didn’t hear any cheeping birds, we thought that babies hadn’t hatched yet, since we’ve never been able to see inside the nest. Anyway, the swooping and calling has gotten MUCH worse over the past week or so – all four of us have had a bird actually hit us on the back of the head when we’re in the backyard! It’s really quite scary! When you face them they stand off, but once your back is turned…SWOOP! Yikes! Here’s the culprit: 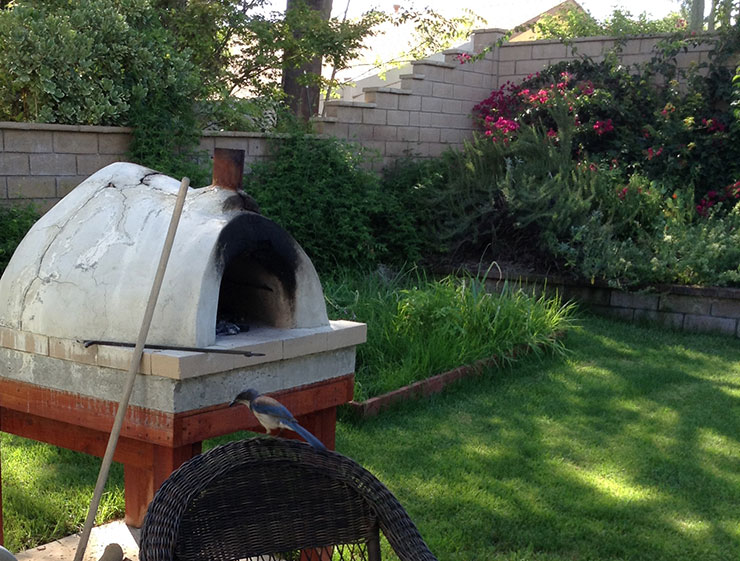 He spends a good amount of time fluttering around the back patio and calling out very loudly! Well, yesterday we discovered the reason for the increased agitation – they DO have babies! Yesterday there was one pretty darn big baby bird clutching onto the lower branches where the leaves are: 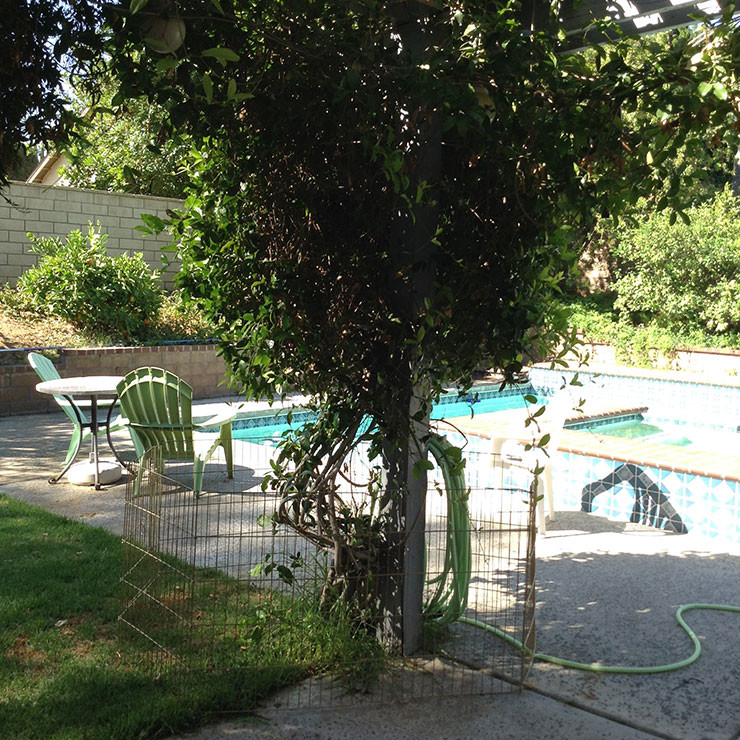 and there are 2 more at the base of the post! 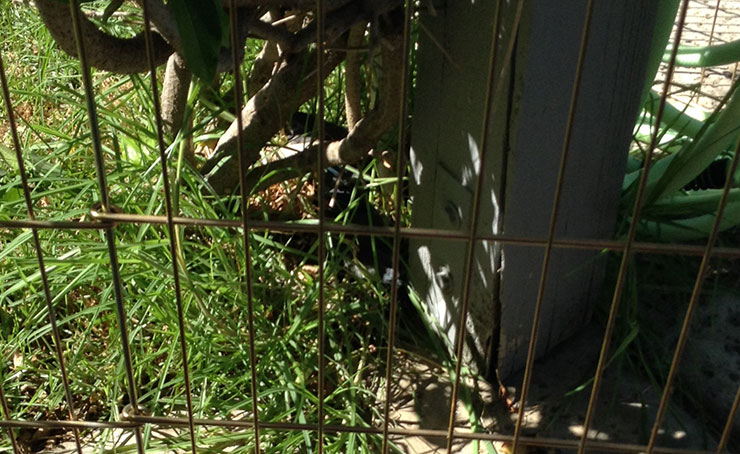 Unfortunately, there was also a dead baby out on the concrete by the hot tub. :'( So I assume that yesterday the birds tried to or had to leave the nest because they were growing too big, but yet they aren’t able to fly yet. We placed the puppy grids all around the post to keep Stirling from getting too close, and to help protect the babies from any other critters that may be sneaking around. Now that they’re more exposed we’ve been able to see the parents bringing food to the babies several times, but we watch from INSIDE the house. I surely hope that they all make it!!!!