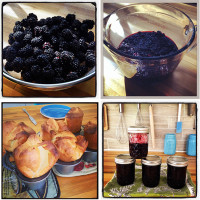 Argh! Does this happen to you? You save up so much stuff that you want to do that you start spinning your wheels??? That’s where I’m at right now!!! I have been saving up lots of stuff to do, here’s the list, and ack!!! I find myself bounding between all sorts of things, some of them fun little things, some annoying email problems and just general stuff!!!!

We had some Meyer lemons, a LOT of Meyer lemons, that needed to be zested, juiced and frozen. We’ve been putting it off for a couple months and so it had to happen or we’d loose all that awesomeness!!!

I of course had to make some lemon squares!

We’ve been having awesome blackberries this season, I’ve been hoping they’d last until the end of Mayterm…they just barelydid. Andrew bought the last few pints and then I had to make some blackberry jam too! 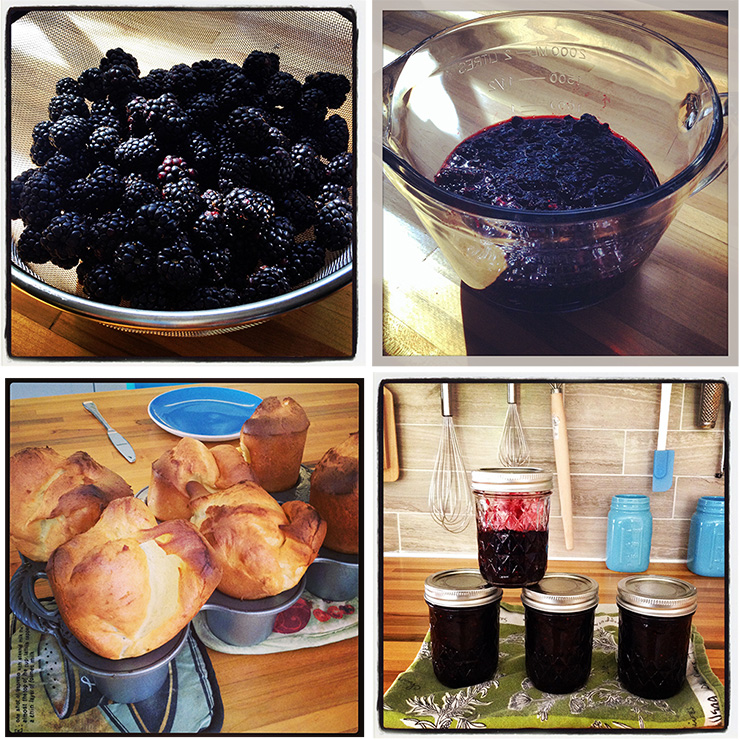 I also made popovers, unfortunately they were ready before the jam, I was using a no pectin recipe so it took a lot of  boiling! That’s OK, I’ll make some more popovers!

So much to do, so little time!