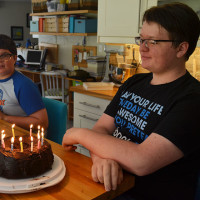 We have just had the BUSIEST Memorial Day weekend ever!!! Somehow we had to squeeze Liam’s birthday into the cracks, but squeeze we did!

It doesn’t seem that long ago he was a blue eyed babe: 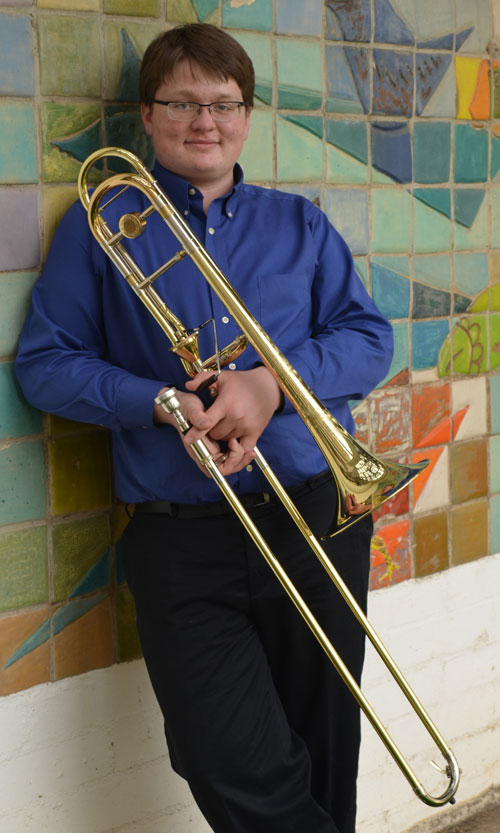 His actual birthday was last Friday, but his Dad had meetings until an evening rehearsal, so the only celebrating we got to do is head out for some ice cream at Coldstone Creamery:

The next day was the start of my 2-day show (more about that tomorrow) so I was busy all day, and then Liam had a band banquet Saturday night while I sat on my chaise propping up my swollen feet!

Sunday was day 2 of the show, which we had to break down a little early because Andrew had a rehearsal in LA and I had to get to Liam’s last CYMO concert in Claremont: 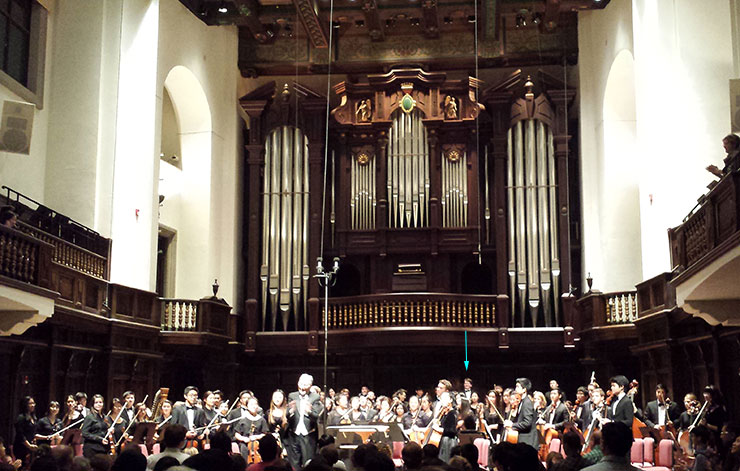 (You can see him standing in the back row here, I drew a turquoise arrow to point him out). Because I got there late Logan and I had to sit on the floor rather than in the balcony, so we didn’t get to see what was going on as well as usual, but they sounded great! 🙂

We got home after 11 PM and I fell into a deep slumber, and the next morning I made his birthday cake, a great recipe from the Smitten Kitchen. We had to celebrate early in the day because we needed to be in LA for the concert Monday night, so why not have cake for brunch? Logan was excited to light the candles: 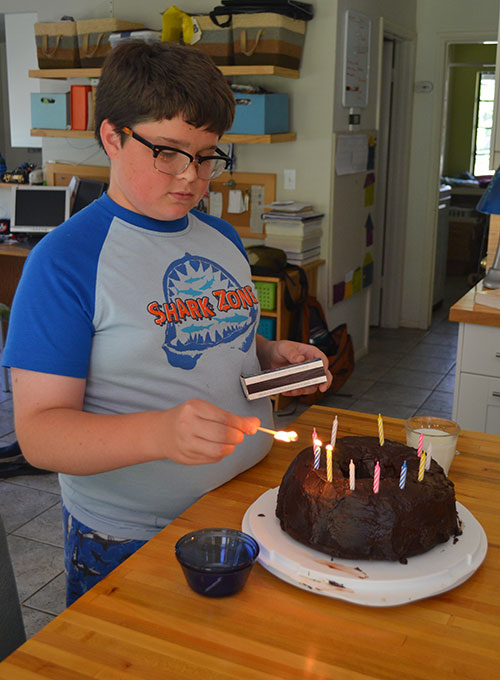 (Note: he let that match burn too long, dropped it on the kitchen table and resigned his duties as candle lighter 1 second after this picture was snapped!) 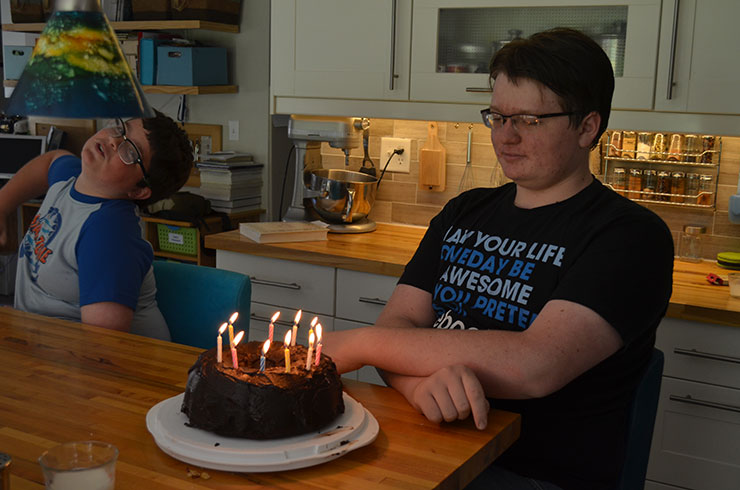 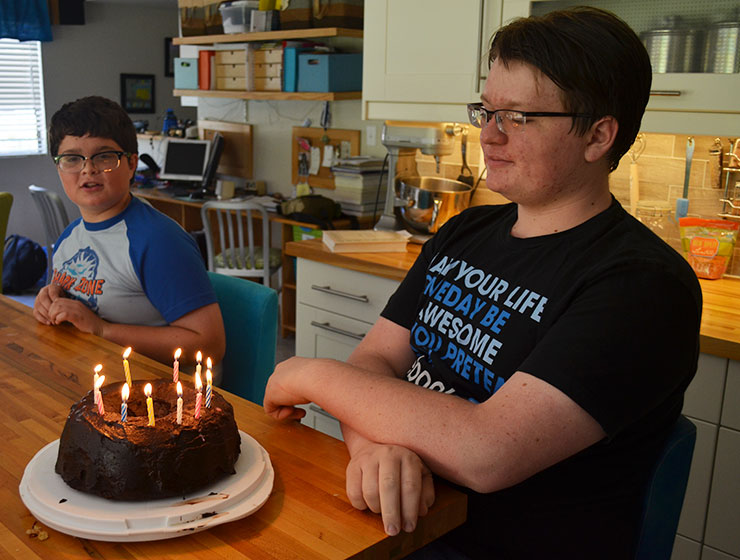 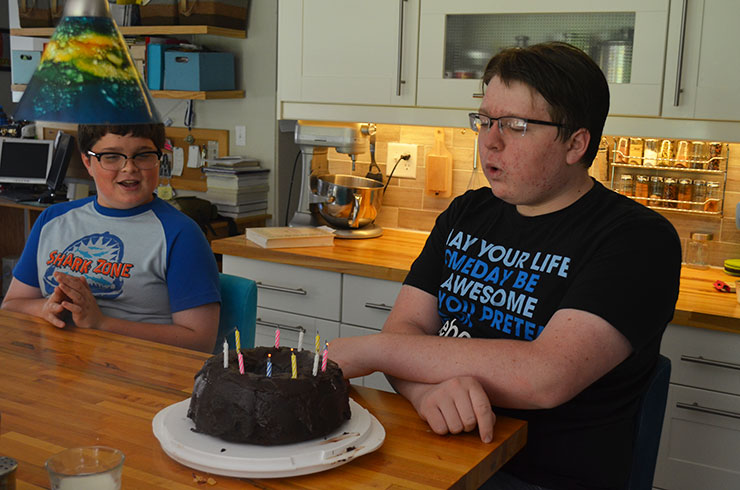 Of course a trombone player easily blows out all the candles! Logan wrapped the presents: 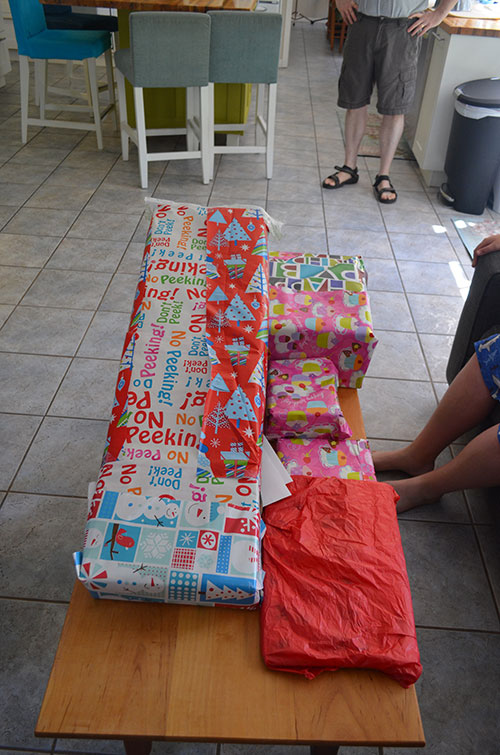 No matter how crazy they looked, the insides were appreciated! Liam likes old movies, so a box set of “film noir” was appreciated: 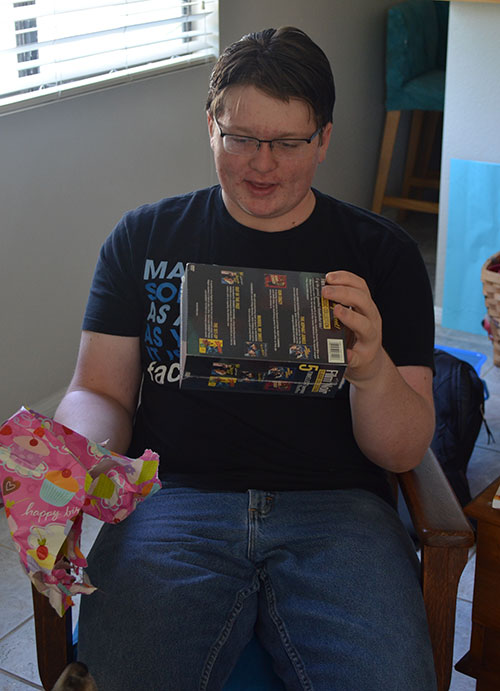 Dad got him a lot of his OWN copies of music he’s been using/will use, so when he goes off to college in a year he can take HIS copies! 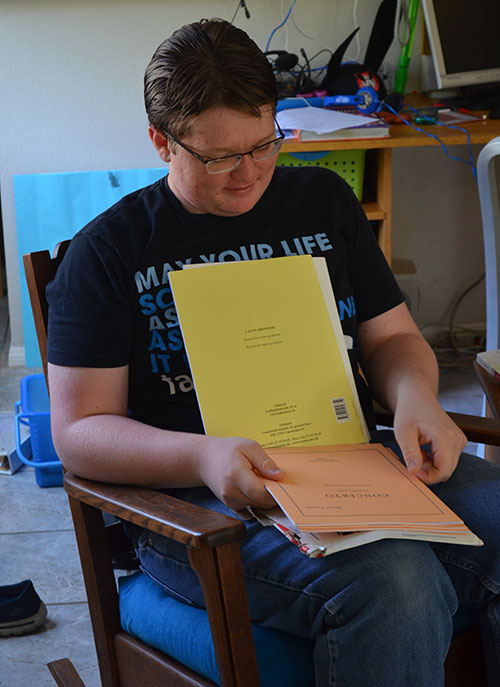 He really needed a bathrobe: 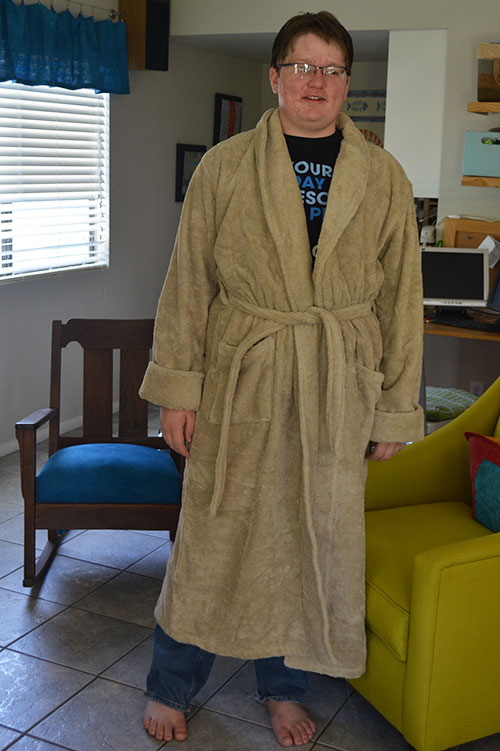 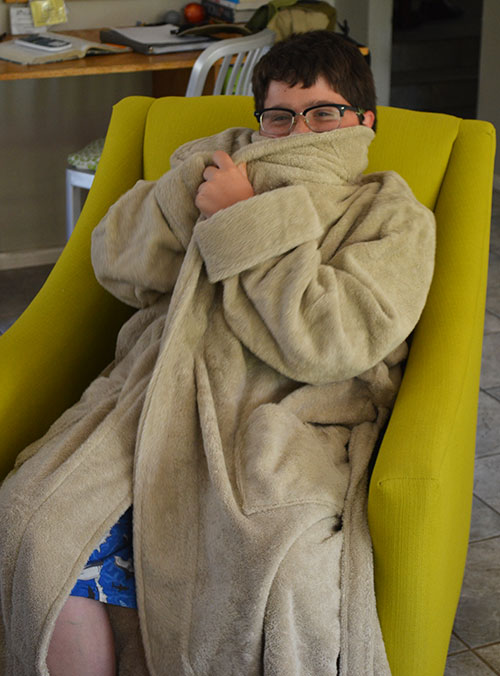 The most exciting present of all was QR code that linked to a video to something that is getting shipped in June, a theramin! He’s been wanting one of these for years, sigh… (This is what they are in case you are wondering…) 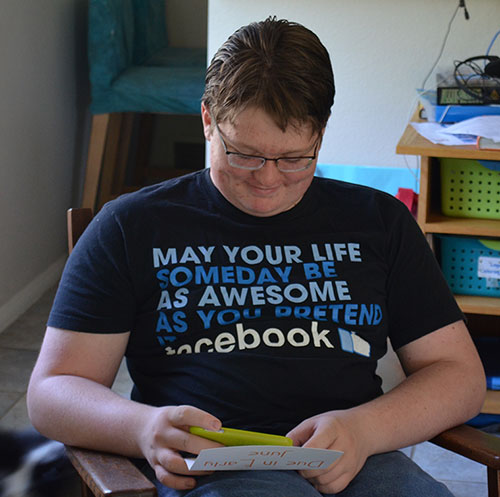 The cake received many thumbs up: 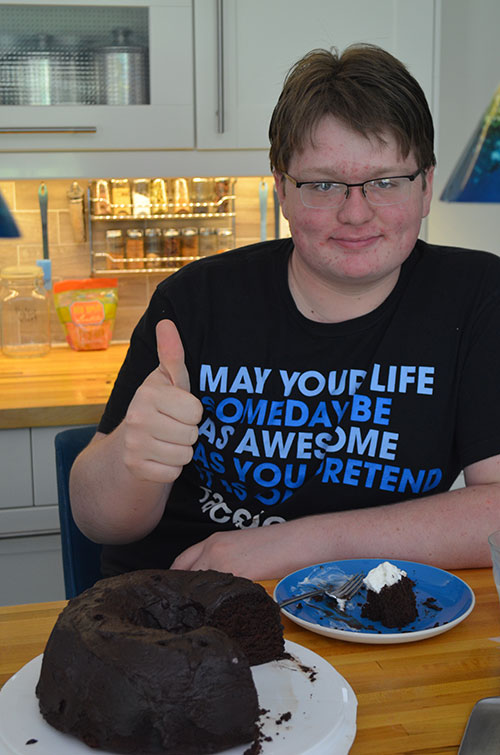 The strawberries made it brunch: 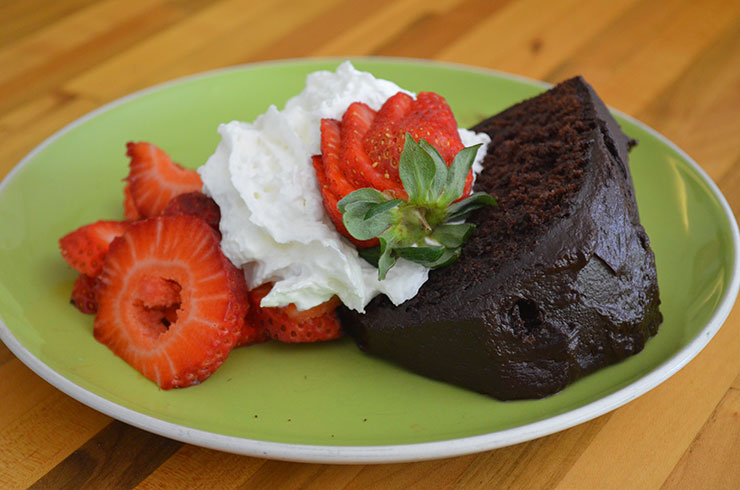 But the celebration didn’t end! Since we had to go into LA to hear the concert was playing in, we went early and had dinner at Pizzeria Mozza! You can watch them cook the pizza in their wood fired oven:

We had an incredible caprese made with burrata (Fresh mozzarella wrapped around cream!) for appetizer:

Then incredible pizzas that I aspire to make one day on our own wood fired pizza oven:

Dessert! Gotta have it!!! Liam had a butterscotch budino with salted caramel, I had a coconut gelato pie with salted almonds and hot fudge (OMG so good!)

And Logan got a bowl of gelato!!

After that we headed out to the Church of the Blessed Sacrament:

The U of R choirs combined with 4 other choirs and an orchestra made up of students and faculty from the UoR to play the Verdi Requiem. This was a MayTerm project for the students, who combined a service learning component working with the Wounded Warriors foundation, creating this performance as a fund raiser. It was a great concert!