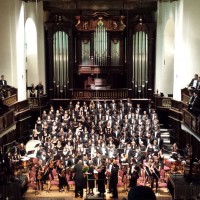 Hubby was off early in the morning to a church in Palm Desert he usually plays the Easter services for, so he missed our Easter morning festivities. Although the boys are 16 and 12, (soon to be 17 & 13 YIKES!), they still search for Easter baskets by unwinding a spider web strung throughout a few rooms (of course, leaving a pathway for Andrew to get to the kitchen and out the front door in the morning without tripping and killing himself!) 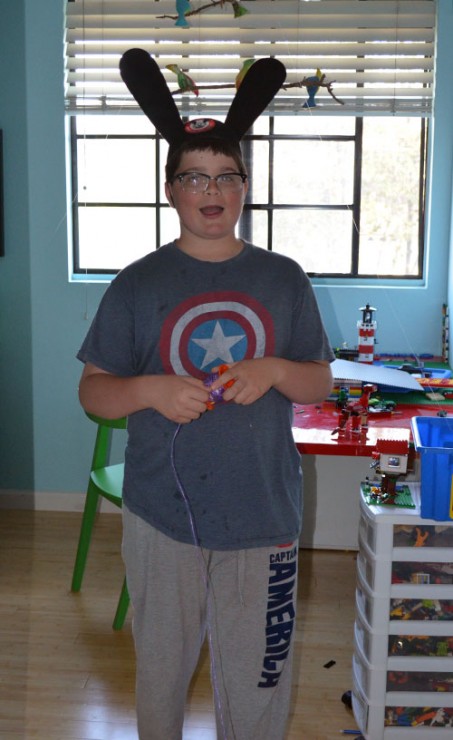 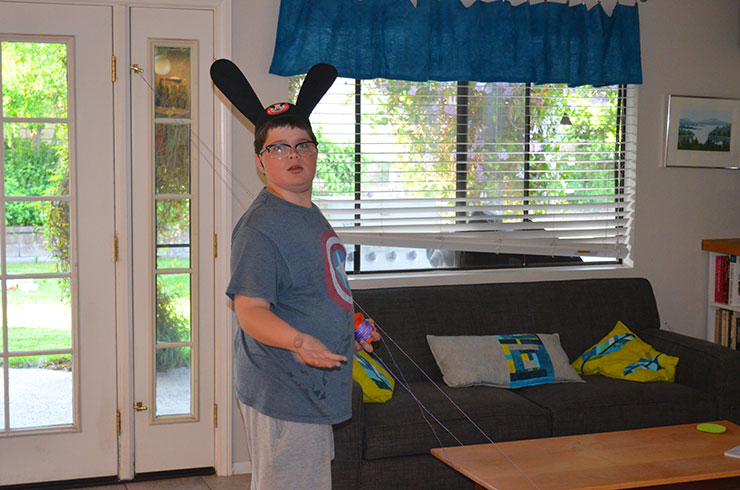 Logan finally asked me straight out if the Easter Bunny is Andrew & I earlier this week…I can’t believe he waited so long to ask…but then, his brother never did, so I had a conversation with Liam as well to make sure, LOL! (He tells me he figured it out years ago and never felt like he had to ask!) 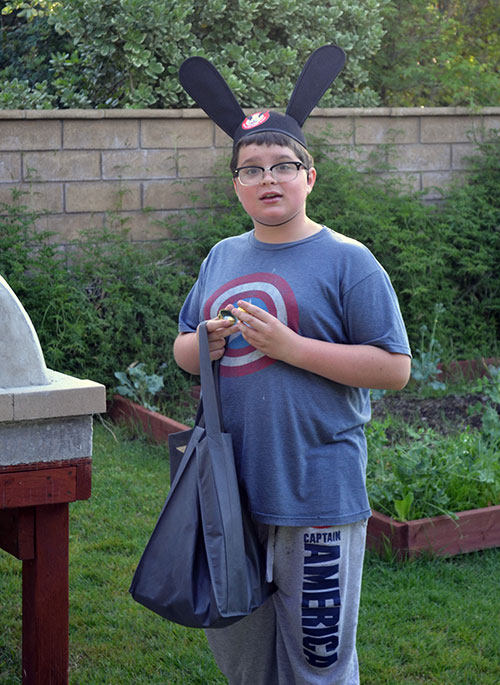 The Easter Bunny leaves a couple of bags of dog treats in the backyard for Stirling as well! 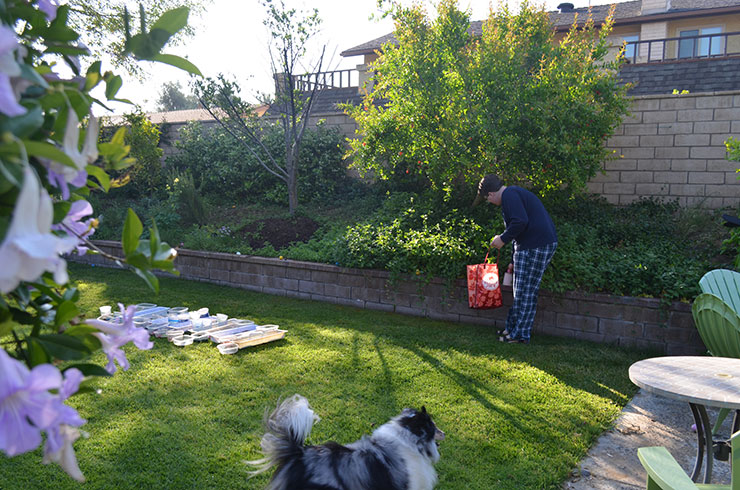 Aiyiyi….how did my little guys get so big??? 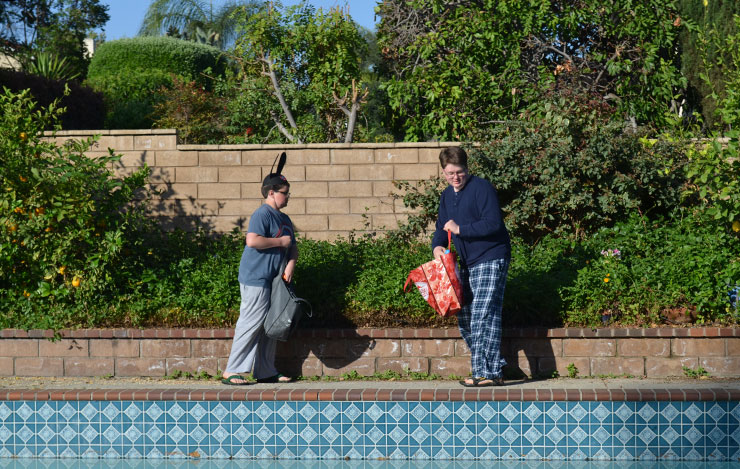 Sigh…so after the sugar overload, Liam had to put on HIS working suit. He was part of the “off stage” brass for a performance of the Berlioz Requiem. The Pomona/Claremont College choirs and orchestra reached out to the University of Redlands for extra brass players and singers for this massive piece of music. Andrew’s trombone students at the university along with  trumpeters, tuba players and the Chapel Singers have been rehearsing and performing all this week at Little Bridges hall in Claremont. Their final concert was today, it was really cool to see how many people you could performers you could pack onto the stage! (They actually removed the front rows of seats and have stage extensions that most of the strings are sitting on. There are 4 small brass choirs in the choir lofts up above – Liam is in the group on our far right: 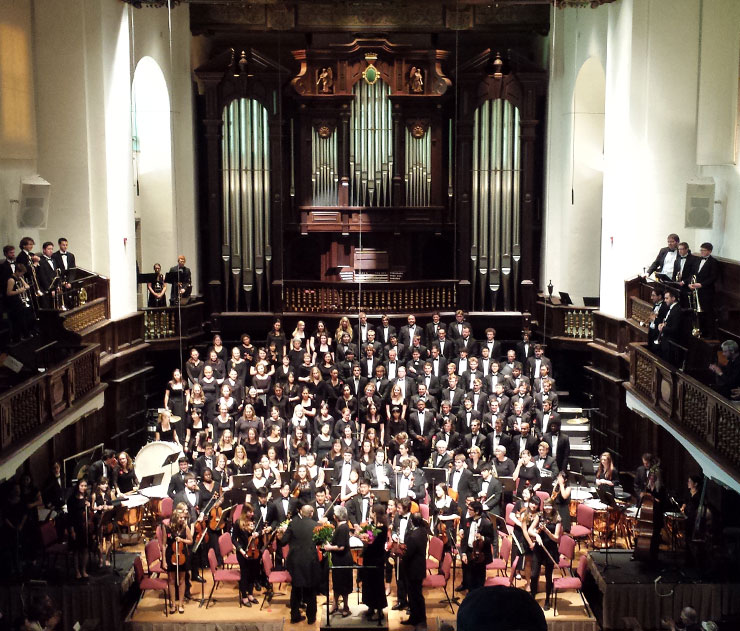 When all the brass players were playing with the 4 (!) timpanists rolling away they sounded like an organ! (Music trivia: Berlioz is THE master of orchestration, he can get incredible tone colors from an orchestra). One of those colors requires 3 trombone players to play some really low, very hard to control, pedal notes. 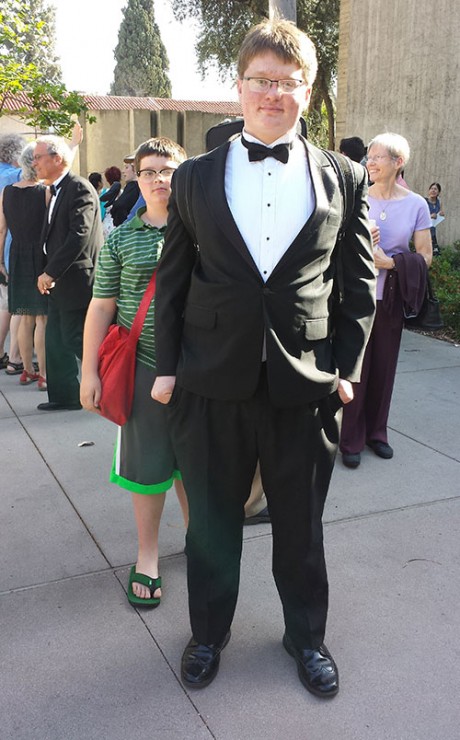 Here’s the pedal note player, happy that they came out! (And a fun Logan photo bomb!)

There was no time for us to cook an Easter dinner, so instead we visited a neat Afghan restaurant! A nice way to end a day that started really early!

I hope your weekend had some family and good food in it as well!