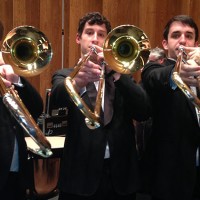 Last week, Liam and Hubby headed to the Midwest because Liam was Principal Trombone for the American String Teacher Association All National High School Honors Orchestra, and the 3 days of rehearsing and concert were held in Louisville. Because Liam may be auditioning at Indiana University’s Jacobs School of Music next year, they decided to visit there as well.

Andrew got his DMA in Trombone performance there, so while visiting the library they looked up his dissertation: 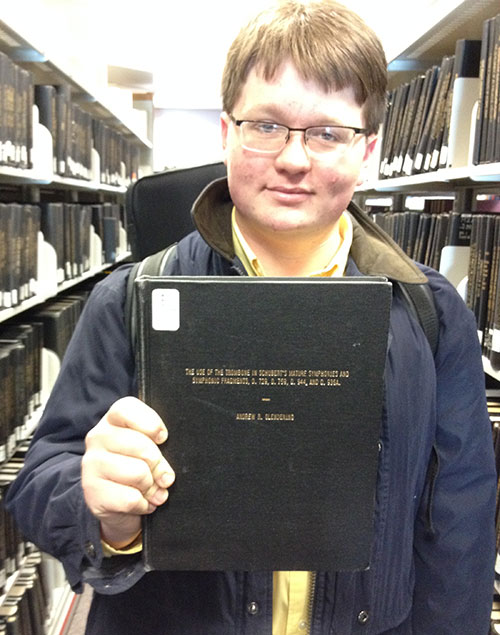 Andrew gave a master class to the trombone studio, and Liam had lessons with 2 of the 3 trombone professors there (one of whome, Dee Stewart, was Andrew’s professor as well – he’s still going strong!) Liam really enjoyed both the lessons, they gave him lots to think about (which is what he was hoping for). He also got to interact with a lot of the trombone students there and enjoyed them, which is awesome! (Musicians can be a competitive bunch, it is the nature of the beast, so getting the feel that the studio gets along is very important.)

They’ve built a beautiful new studio building since hubby went to school, all of the facilities are most impressive and Liam’s definitely going to audition here now! 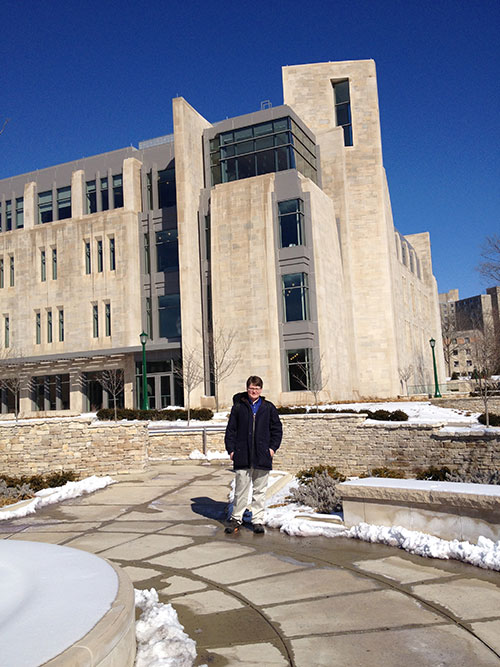 After dropping Liam off for 2 days of rehearsal, Andrew headed to Kentucky. First to give another master class at UK in Lexington, then to Morehead. 20 years ago we moved there for Andrew’s first tenure track trombone position at Morehead State. I got my master’s in Biology there and then taught as a Lecturer in the Biology department for 4 years. Liam was born there! (Well, Lexington actually…) Although we were sad Liam couldn’t visit, Andrew got to catch up with some old friends: 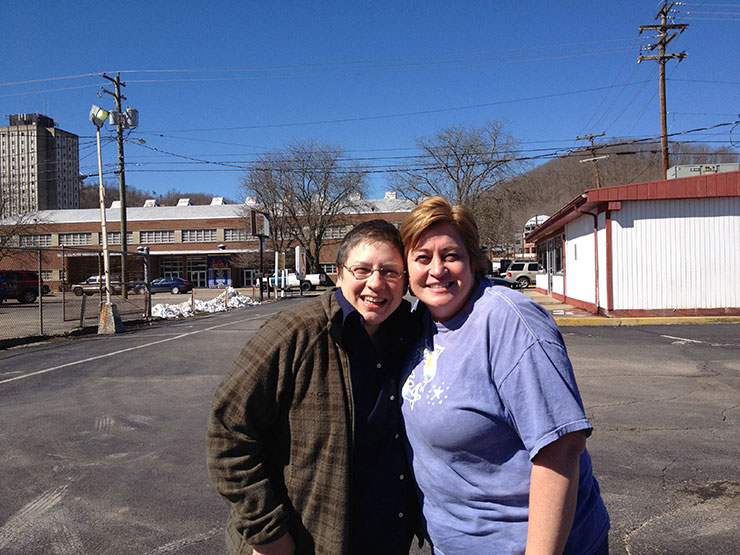 And snap a pic of “Our Old Kentucky Home”! Look at that driveway! It doesn’t snow much but when it does, that thing was treacherous to drive and there were a few days when we parked at the bottom of the hill and walked up. 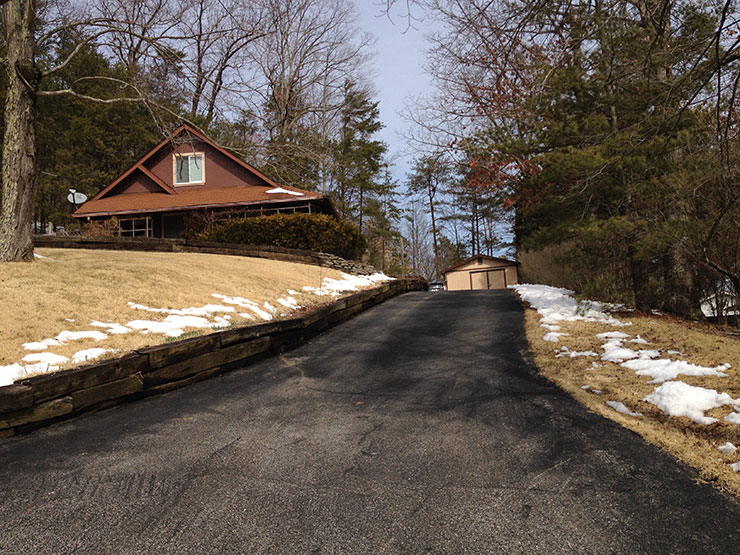 Then he headed back to Louisville for the concert. The strings were AMAZING! 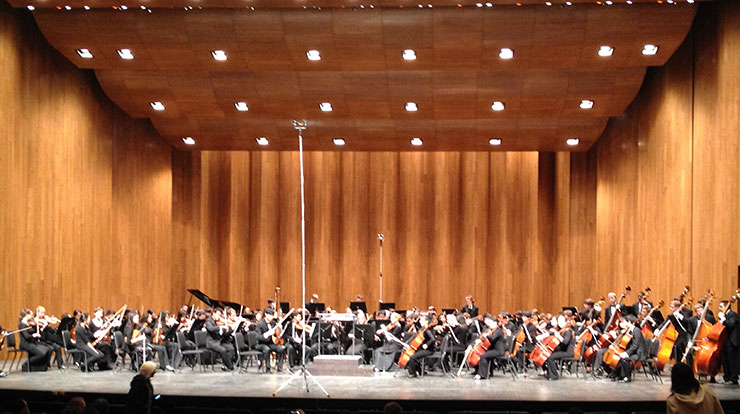 There’s Liam in the back: 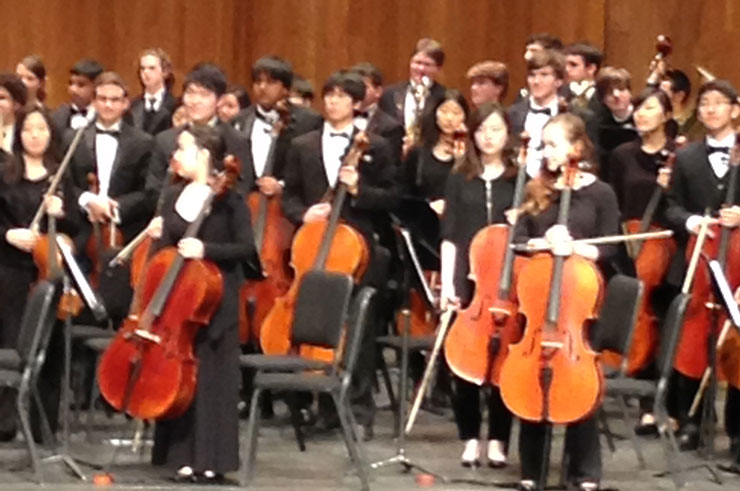 He had a great trombone section, they were full and strong at cut through all those strings when it was their turn to let it all hang out! (Shostakovich’s 5th Symphony has a few intense parts!) 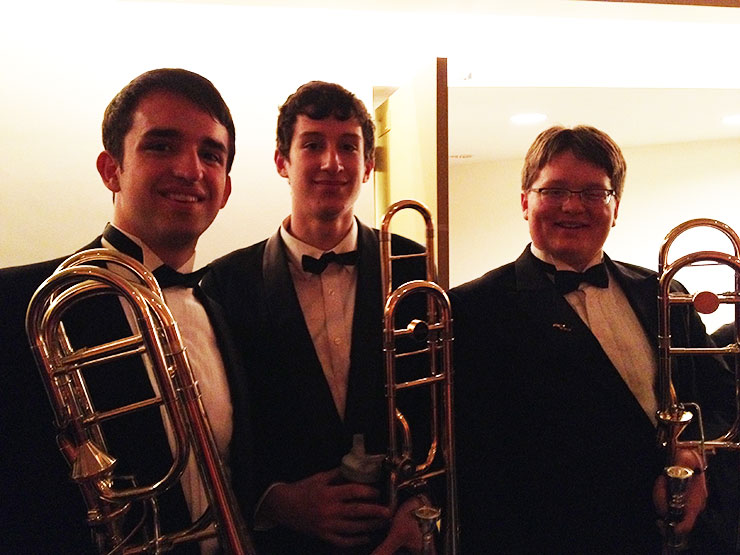 They had fun posing for this picture and posting it on Facebook: 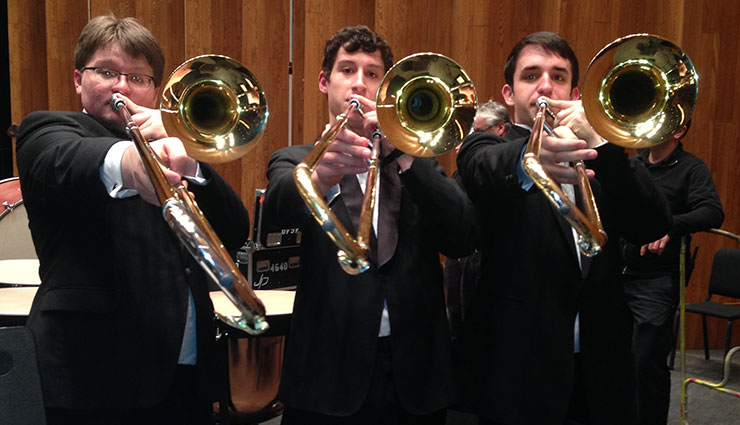 Liam had a great musical experience…and equally importantly, he had a great time with some kids who also love music! As he goes to more and more of these events he is more self assured, and often times knows a couple of fellow brass players and expands his circle a bit bigger. It makes me really happy to have this happen, as he doesn’t have a lot in common with kids at his high school!