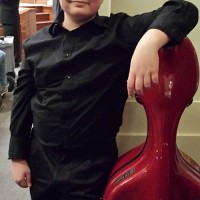 February is a cruel month, it’s SO short! But this March does start well: I’m on Spring break from the day job! Hooray! Logan had his first honor orchestra concert that actually required an audition to participate on Saturday: 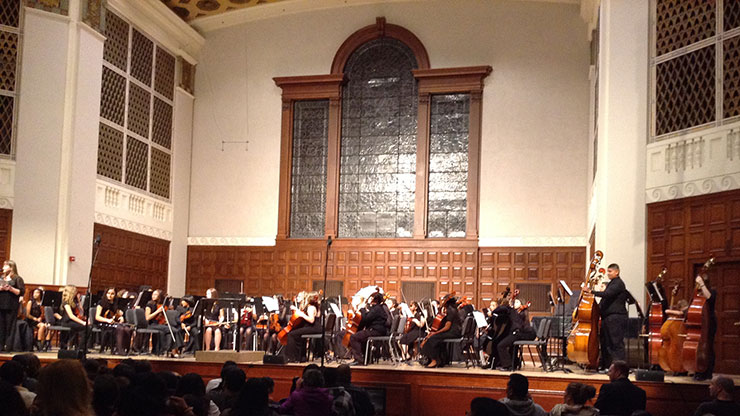 There he is in the second stand outside, he really was concentrating the entire time, which has great to see! 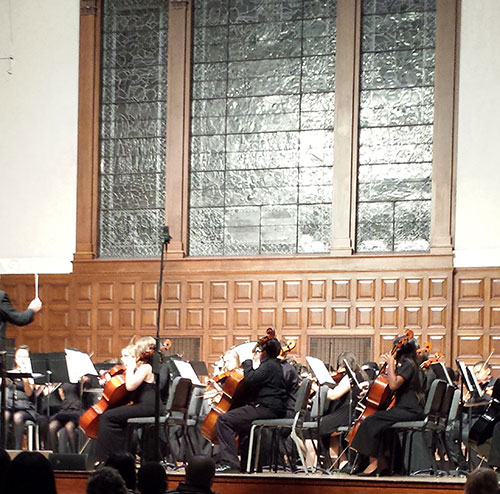 He looks so grown up here! 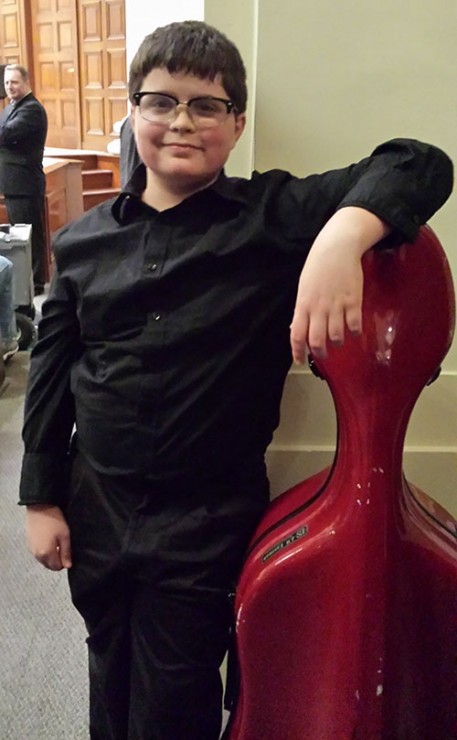 Hubby and Liam are off an adventure that started with an extra 12 hours in the Denver airport because their connecting flight to Louisville was cancelled – but they ended up in Indianapolis late Sunday night, which actually put them closer to their first goal. Liam is going to take lessons with 2 of the trombone professors at IU, and Andrew will give a master class to all the trombone studios. Later in the week they head down to Louisville so Liam can play in the ASTA All National Honors Orchestra. He’ll have 3 days of rehearsal, so Andrew will head east to give a master class at UK in Lexington and then hang out at Morehead State, where he and I taught years ago. So that leaves me and Logan to hold down the fort with Stirling, who did NOT appreciate being woken up at 4 AM so I could drive them to the airport…I made him come with us so I could have company on the road home:

So how did I do on my goals this month?

Not too shabby…I knew I wasn’t going to get much sewing at all done this month…I have high hopes of doing some next month, but with more sessions to make for my online class and a DVD to launch, and the taxes,  I have a sneaking suspicion I won’t be sewing much this month either!

The big  thing this month is to launch my new Quilting Arts Workshop DVD/Download and to keep moving forward on Dyeing 103! Fingers crossed I can make this happen!

One Response to The Meetup | March Goals