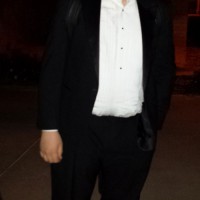 If you’ve been reading my blog for awhile, you know my older son Liam is pursuing his passion as a trombone player. As a high school junior, he’s had a LOT of auditions last Fall, a lot of successes from those auditions, with the results from 2 very important ones up in the air until February (torture!!!!). Although he had a couple of awesome concerts last Fall, (the most exciting when he played Principal Trombone in the Orchestra for the NAfME All National Honor Groups) the CYMO concert on Sunday night starts a couple of really hectic months for us, because all of these events involve some or a LOT of travel, with 2-3 full days of rehearsal culminating in a concert:

Close readers will see the sad face in the chart up above. Liam was disqualified from the CBDA All State festival because we left one of the scales off the CD. I can’t even begin to describe how sad I feel about this, he was Principal Trombone in that Orchestra LAST year, and has really enjoyed playing in one of the groups all 3 years he’s been able to participate. Am I a wee bit happy we don’t have to figure out how to get him up to Fresno on a Wednesday, and then drive the rest of us out to Fresno, a 4.5 hour trip somewhere between the hours of when hubby finishes his concert Saturday night at 10 PM and when Liam’s concert would have started at 10 AM the next morning??? Well, yes! That was not going to be fun. But still, he had an excellent audition CD, except for the missing scale, which got left off because all 3 of us were frazzled and somehow a last check of the CD did not happen. This was a hard way to learn this particular lesson, but I have high hopes that we’ve all learned it well. Next year the stakes are EXTREMELY high, as he’ll be auditioning at conservatories and music schools all across the country. A lot of these schools have “pre-screening” auditions that are electronic, so we’ll be doing even more paperwork, recording, uploading, etc. Add that to SAT and AP testing, the applications, ACK! Although Liam will want to audition for ALL of those groups up above, it may be that a couple of them will have to go. (For sure will be the ITA Solo Competition, next year it’s in Spain and that’s a ticket we can’t afford on top of everything else). But I want them to go not because we decided it was too much, not because we screwed up submitting the application.

BUT! Back to last night! 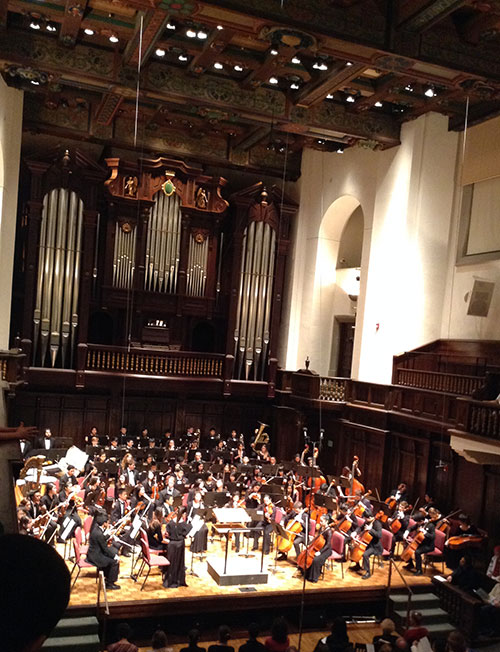 Liam’s been in the CYMO for several years now, and as a trombone player has often experienced “the hand” of the conductor. That “Hand” is the conductor holding up his hand like he was saying stop to make you play quieter. (It’s a fact of life for trombonists!) Anyway, often times after a concert he’ll ask us what we thought and often times we’ll tell him he could have been louder at such and such place of piece X. (Not just because we want to hear him, but because a stronger trombone section would have strengthened that particualar part of the performance). Well, last night, we heard him loud and clear when we should have been hearing him loud and clear…as my hubby put it: “It’s official, Liam can play louder than a whole orchestra!!!” LOL!!! (It’s quite interesting, being married to a low brass player for the past 21 years has really attuned my ears to listening for them. There are some really glorious moments in the symphonic literature that are made glorious because of the sound of the trombone, I’m quite glad this instrument was invented!)

Here’s the happy trombonist after the concert, blurry because it was so dark outside, but you can still see the smile: 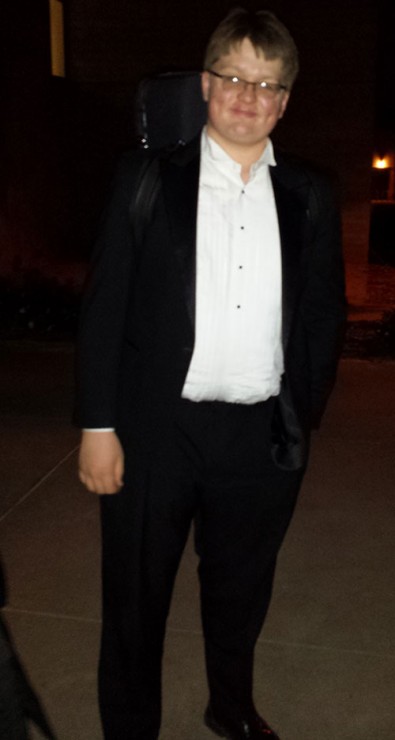 He really loves what he does, and my husband and I will do everything we can to make sure he can continue to grow and experience the joy of great music for the next several years…and then it will be his turn to figure out how to make a living doing what he loves!

One Response to One Moment | The Start of Concert Season