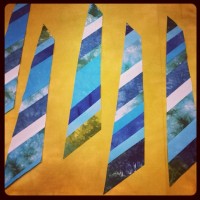 I’ve been working on pillows for my new couch! I decided to make 2 pillows using the cool pieced feathers from the quilt designed by Anna Maria Horner. I started with sewing together strips of a lot of different blues: 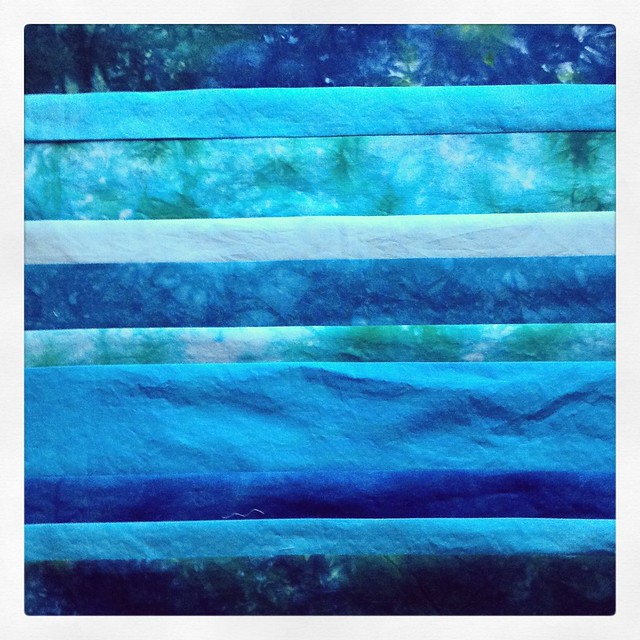 Then I started cutting out the feathers. It was neat to be able to lay them on top of chartreuse I was hoping would work for the background and it does! 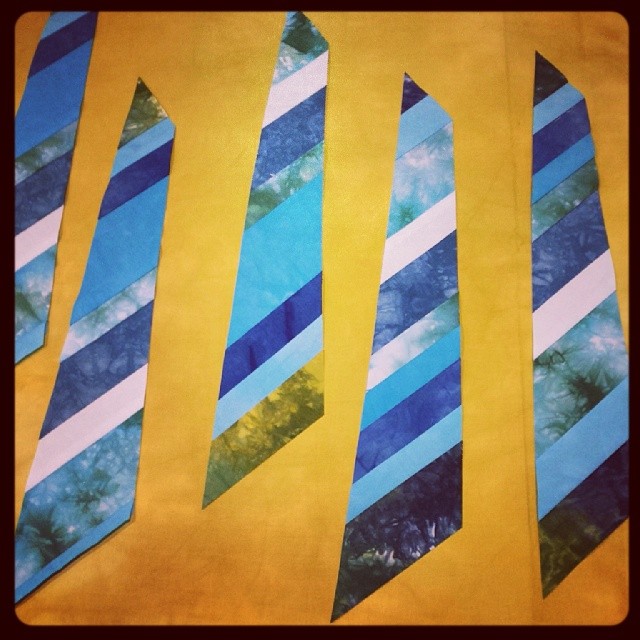 I made the other half of the feathers: 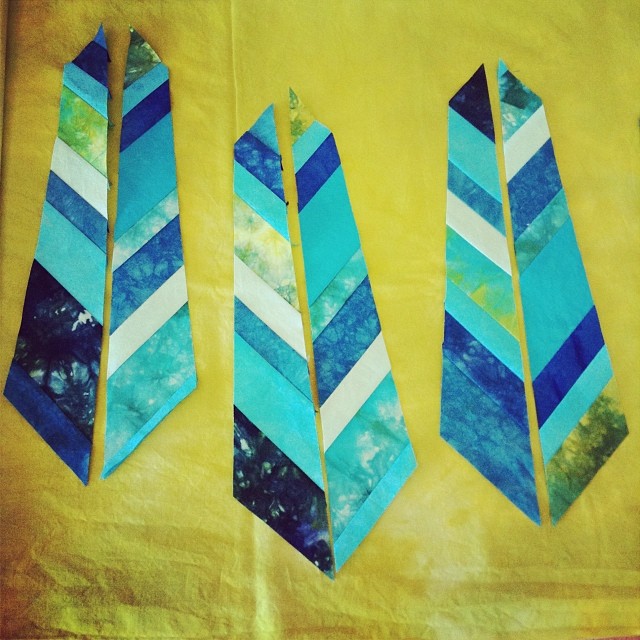 and started stitching them together. I love the navy blue spine up the center! 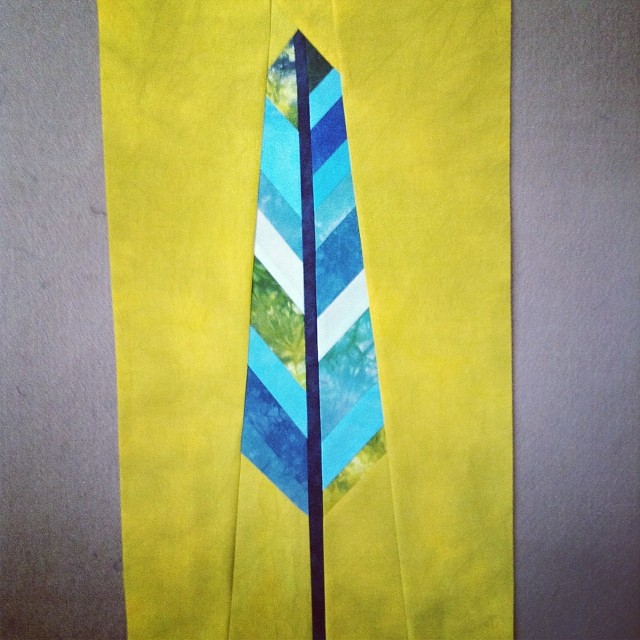 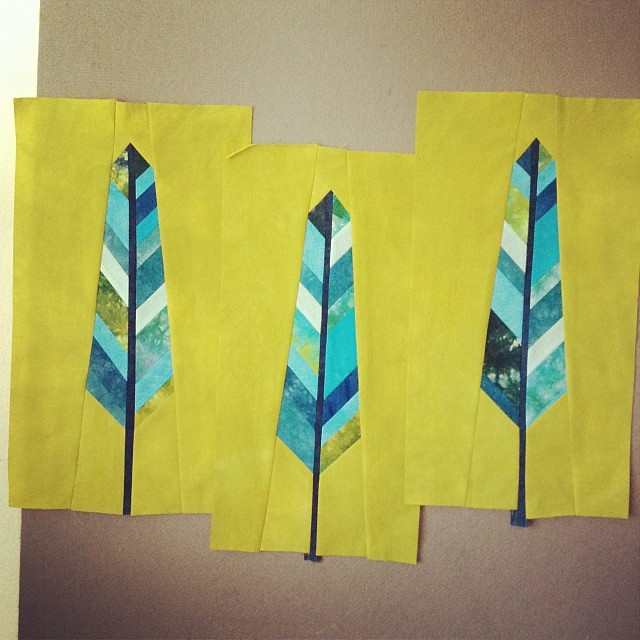 But the plan for these feathers are 2 pillows, 2 feathers/pillow. The toughest decision was which direction? Both facing the same way? Or opposite? 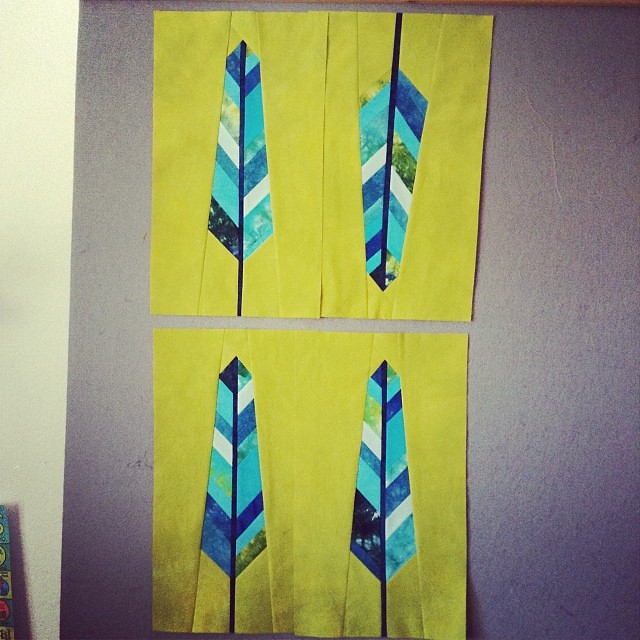 I couldn’t decide! So the decision is to make 1 of each!

Next, I had to figure out how to quilt them. Because this quilt has been quite popular, it is easy to do a google search and see lots of examples. The quilts I came across didn’t really inspire me much quilting-wise. A couple of them had some cool hand stitched dark outlines around the feathers, that I did like. But it’s not like I’m going to do any hand stitching, LOL! So I ran a single dark line around each feather: 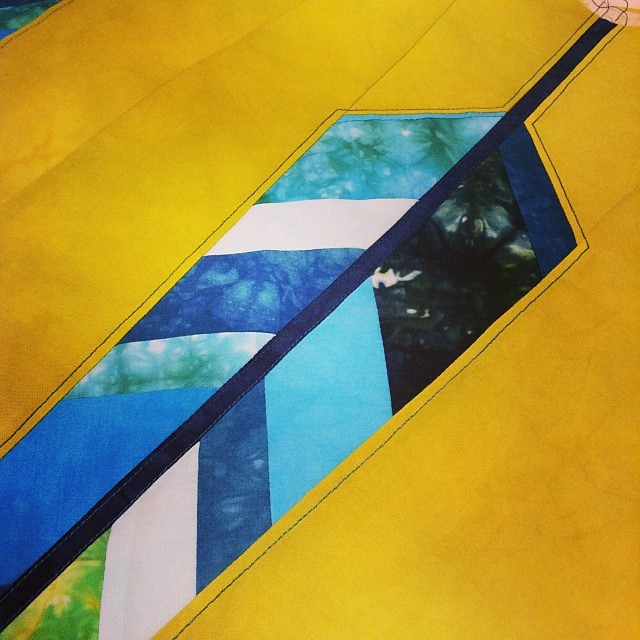 and then I switched to a slightly variegated chartreuse thread and quilted lines that extends the pieced lines of the feathers: 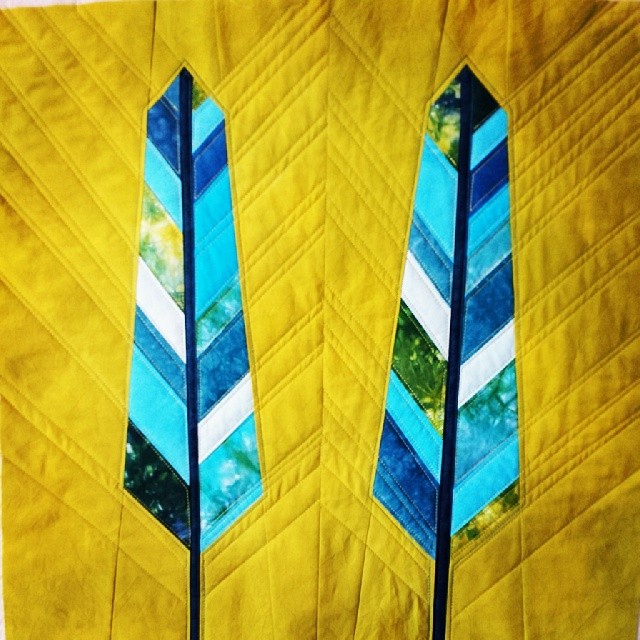 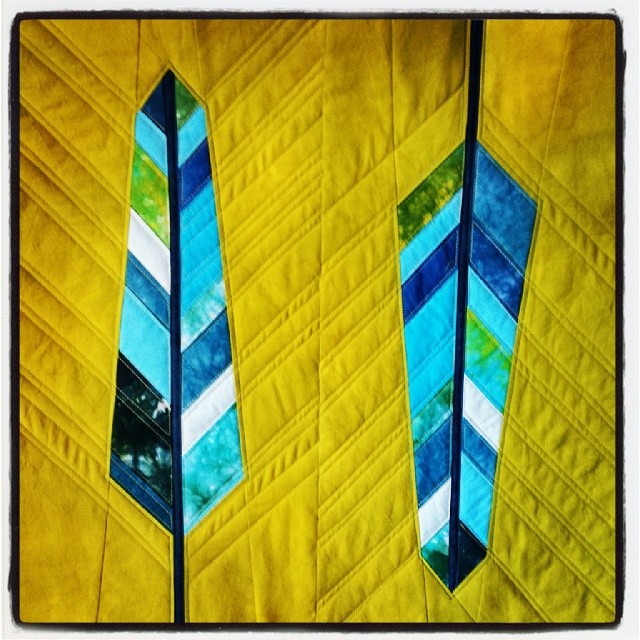 I’m really happyy with those lines! I also know that I would never quilt a whole quilt this way!!! All the turning back and forth would be a huge PITA with a big quilt! (And getting those lines straight free motion a whole nother level of PITA!)

I’ve really enjoyed seeing these pieces come together, but my happiest moment in the studio yesterday was when Liam came in to tell me he had just made the finals of a National Solo Trombone competition! 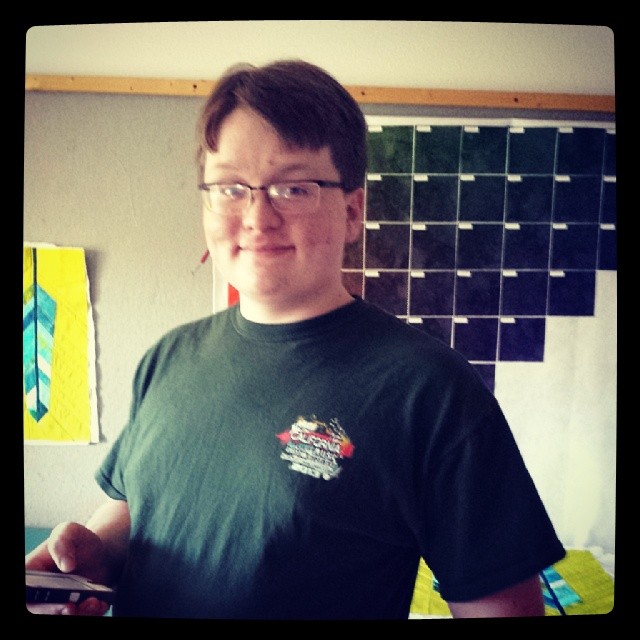 The recording he did for this competition was just one of the many different deadlines he’s had this Fall – we’ve had so many differnt balls up in the air, with plenty of them still up there! Being a finalist means that he’ll travel to Washington DC next March (thankfully during his Spring Break) to the Eastern Trombone Workshop, a convention run by the Army Band (“Pershing’s Own”). He’ll play in a recital along with the other finalists, and there will be lots of trombone players in the audience! Hopefully he’ll be able to meet with some of the trombone professors from music schools he’ll be auditioning for next year.

Today was a good day!

3 Responses to Studio Snapshots | Feather Pillows for the New Couch