What a month July was! Soooooo busy, and sooooo productive. The only thing I didn’t count on was how much time I’d have to spend running around during the Pokorny seminar, and this ultimately stopped me from being able to launch Dyeing 103 before the kitchen reno started. 🙁 But start the reno we did on the 15th, and we’ve gone from this: 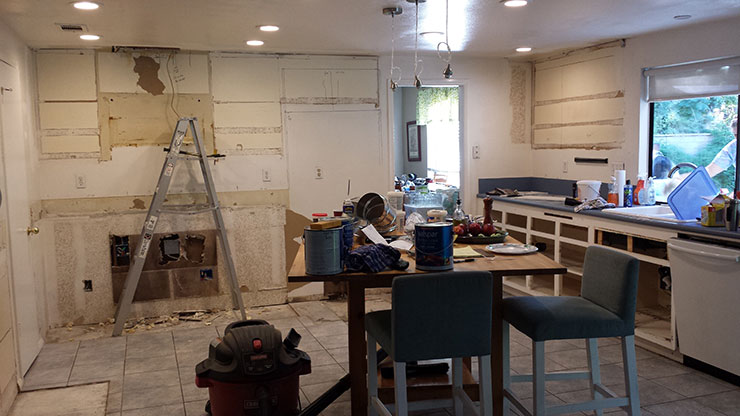 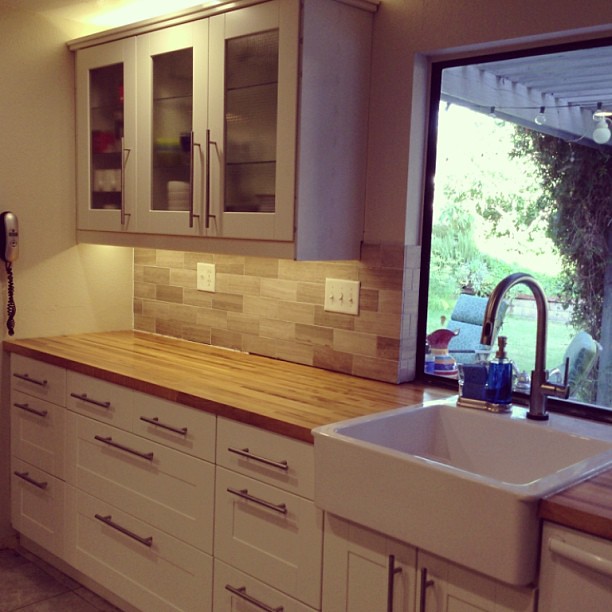 We’ve still got a bunch of stuff to do, the biggie being building a new island, but I am so happy that we can start using the kitchen again, albeit treating the counters gently for the next four days, and actually for the next month, as the finish we’re using takes awhile to truly cure.

OK, lets see how I did on the art goals!

Keen eye readers will see that I’ve crossed out the mystery proposal. That’s because I’ve got not one, but two big projects that I’ve taken on, one which has to remain a secret for awhile! The other big project? I’ll be taping 3 episodes of Quilting Arts TV in mid-September!

One Response to Meetup | August Goals