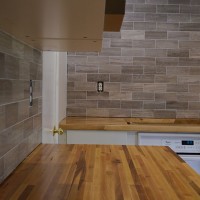 Today was grouting day! But before we got started on the grout, we assembled and installed the rest of the cabinet drawers. One thing I’ve learned and would like to share with anyone assembling Ikea cabinets: Don’t open up multiple boxes and take the drawers slides away from the matching drawer…because some of them are different! sigh…

Anyway, we got the drawers in, hooray, and then it was time to grout. We’re using an epoxy grout, which means once you mix the parts together, you’ve got to go go go! Which was fine, because it was really easy to work with, and the grout haze cleaned off really well. 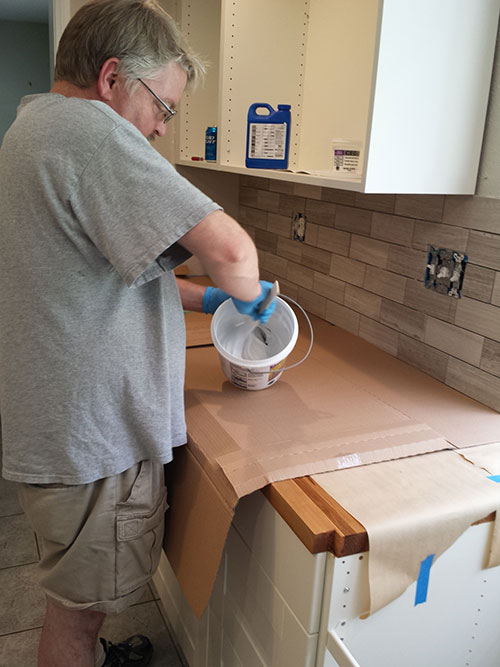 Public service announcement #2: But MORE GROUT than you think you need! You can take unopened buckets back to the store, but if you run out before the end, you have something that looks like this: 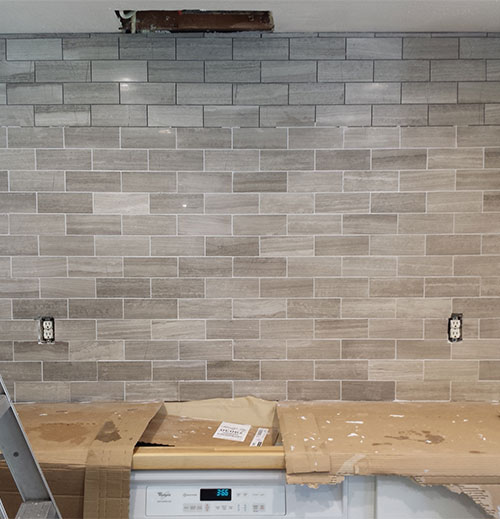 Not the biggest deal, but as we needed to go up to Idyllwild to see Liam play in a recital, we needed to get this finished, which we barely did!

But we made it! We were able to see Liam before the concert. He’s wearing a trombone tie he bought in Germany last month! 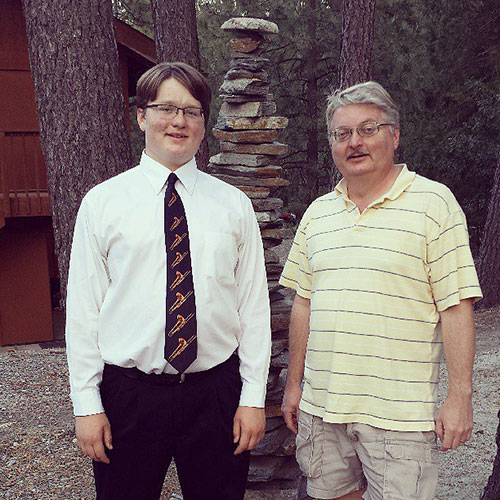 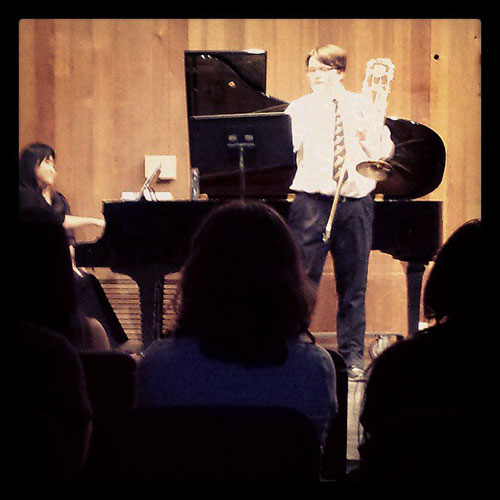 And was quite happy when it was over!!! Hooray! 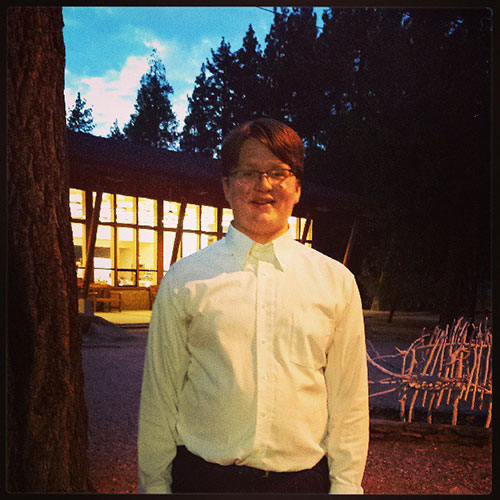 After taking a curvy trip down the mountain, I got to celebrate the tile! It’s so lovely!!!!! 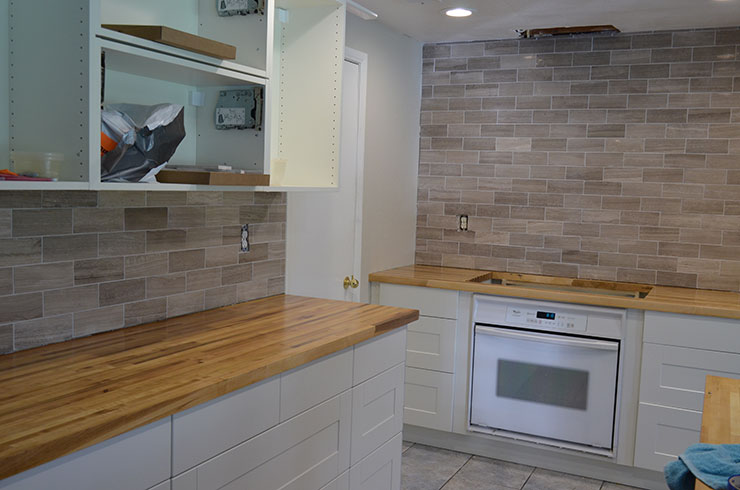 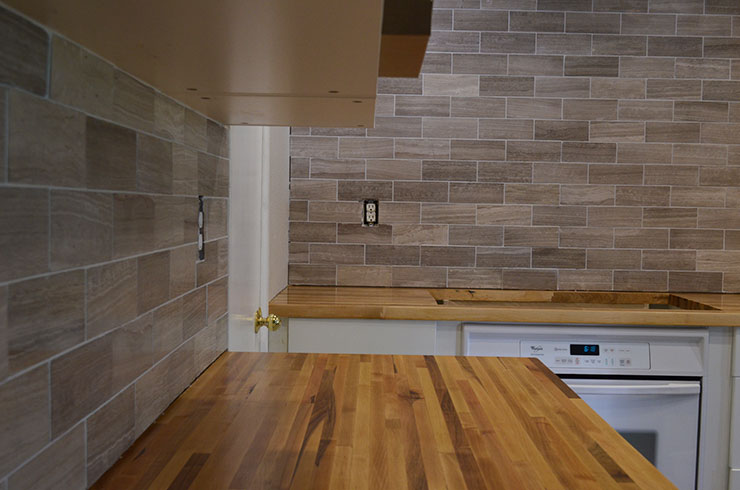 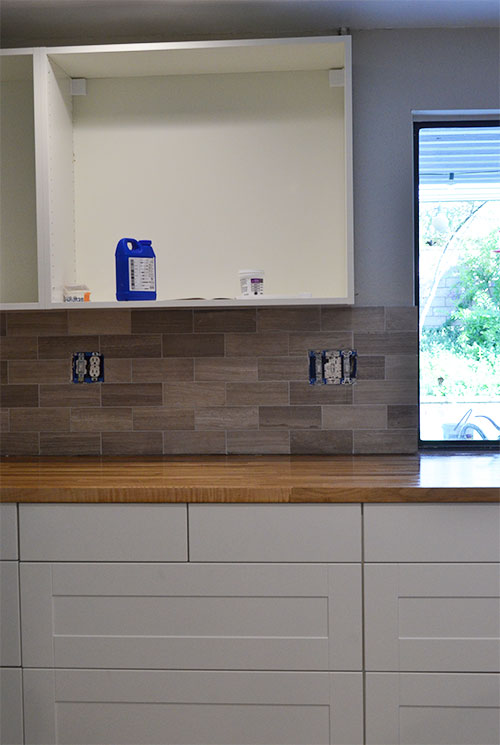 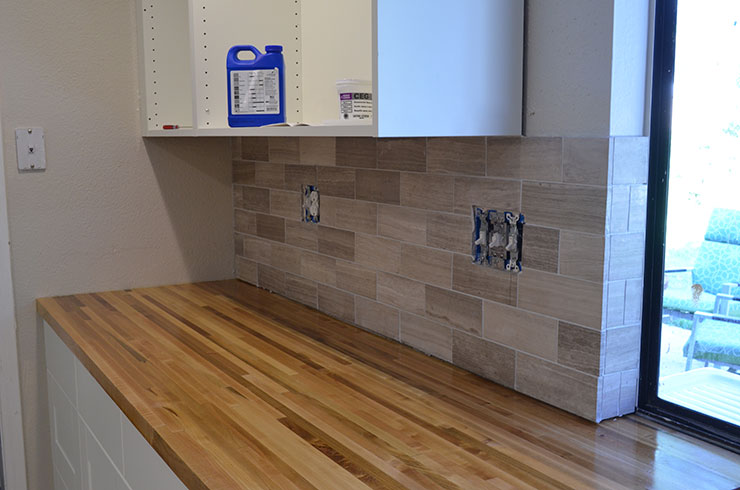 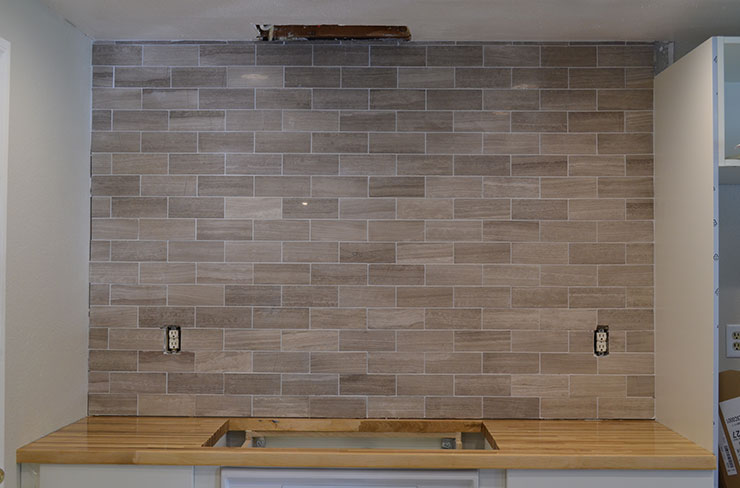 Someone on Instagram asked me if tiling was easy… you know, it really is! We’ve done tile a couple times before, and it really has been satisfying each time. So if you’re thinking about tiling, I’d say GO FOR IT! 🙂

5 Responses to Our Kitchen Reno | Grouting is Done!