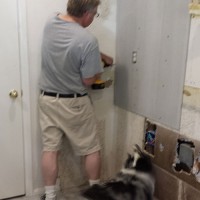 Well, although a lot of stuff got done today, most of it was electrical, so the pictures don’t look much different from yesterday!

That old 220V line is now safely behind drywall, and Andrew added a new outlet and switch for undercabinet lighting on the lefthad side, and then moved the original outlet over to the other side so they’re symmetrical. 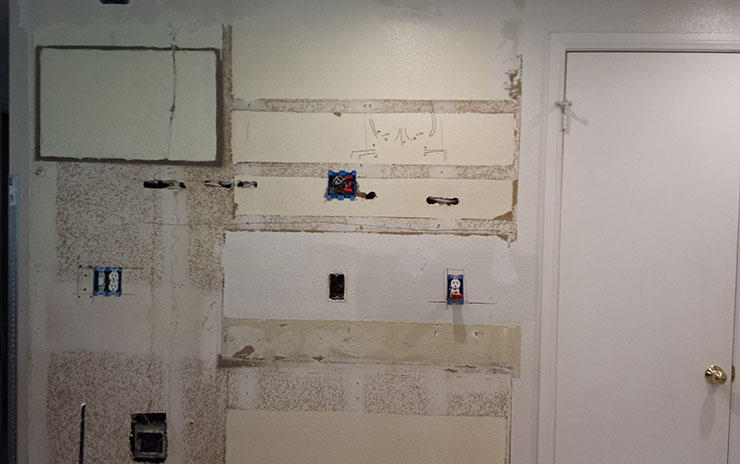 He got the ducting for the new hood figured out and we added cement backerboard to the area that’s going to get tiled because the drywall on this wall was especially brittle and fragile. 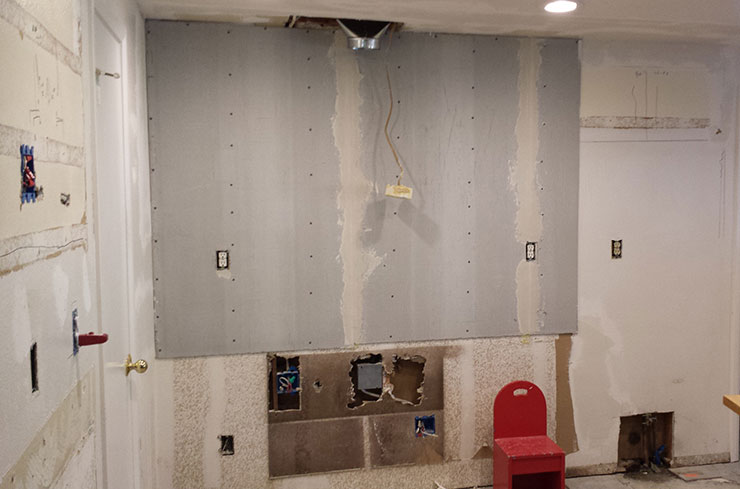 Stirling is sure getting his exercise this week. Every noise causes him to jump, bark and spin around. 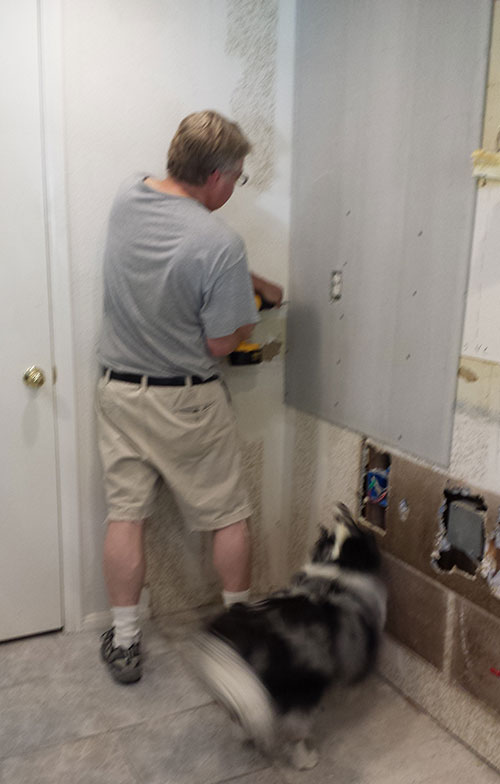 Here’s a movie of him in action:

We got a call late in the day, Liam’s music camp in Idyllwild had to be evacuated because of a wildfire in the area: 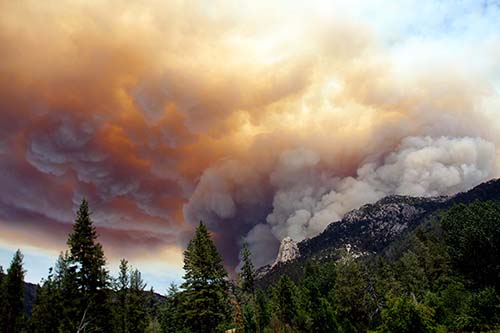 Pictures and info about the fire can be found here. He was totally bummed because he’s having a great time there, and hopes to be able to return soon. Never a dull moment in the Glendening household!!! 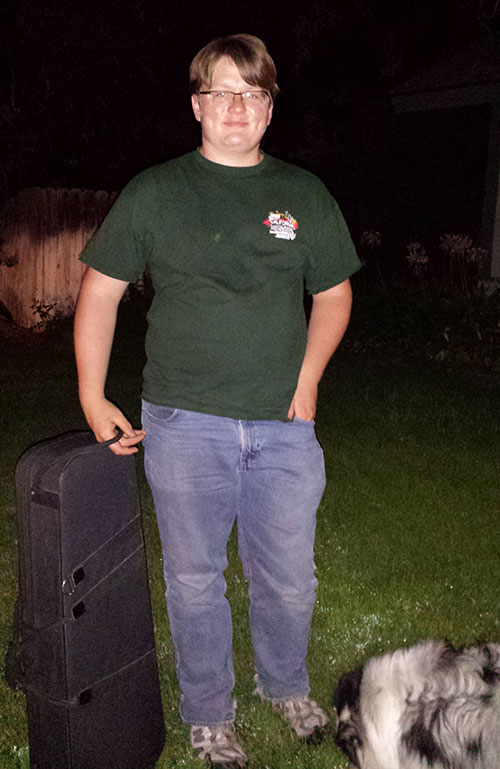