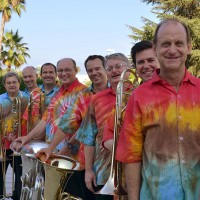 The annual Pokorny Low Brass seminar was last week. Truly world class low brass players spent the week here at the University of Redlands teaching low brass players from all over. I made them tie dyed tee shirts a couple of years ago, and they wanted something similar, but more upscale. So a rush order from Dharma got me button up shirts delivered to my door Thursday at 3 pm, and I had these shirts dyed, ironed and delivered 24 hours later, just in time for them to play a concert at 6! The faculty was pretty big this year and includes, from left to right: 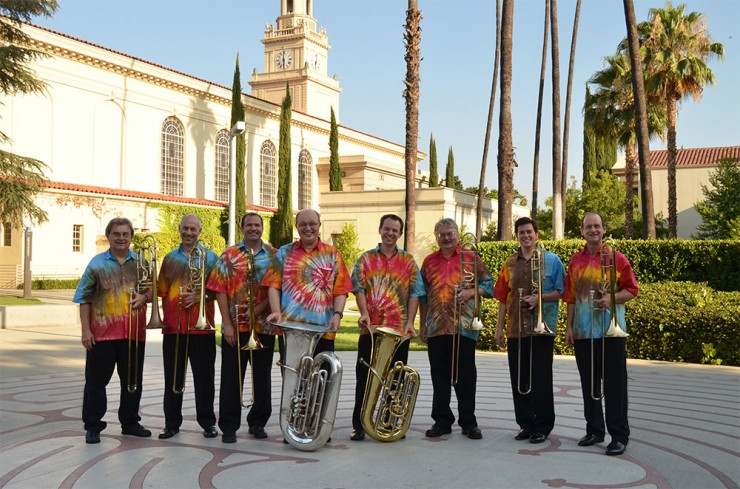 Here’s hubby “being the academic” and explaining the history behind one of the pieces: 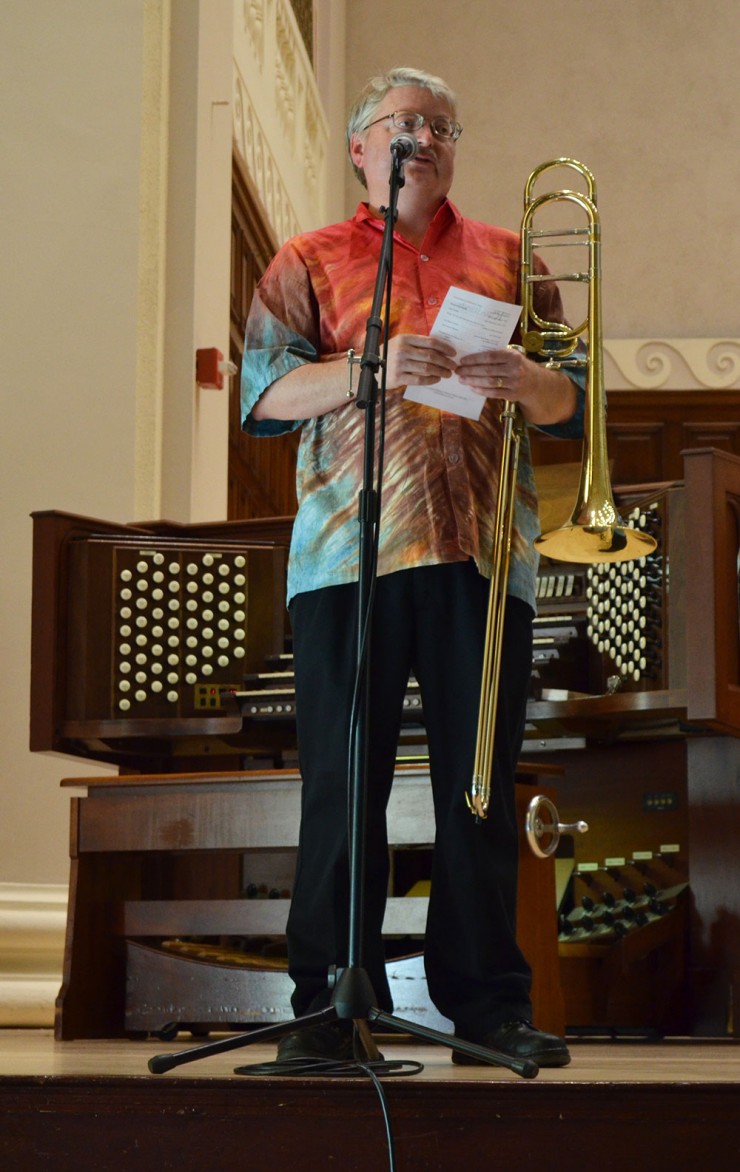 And some shots during the concert: 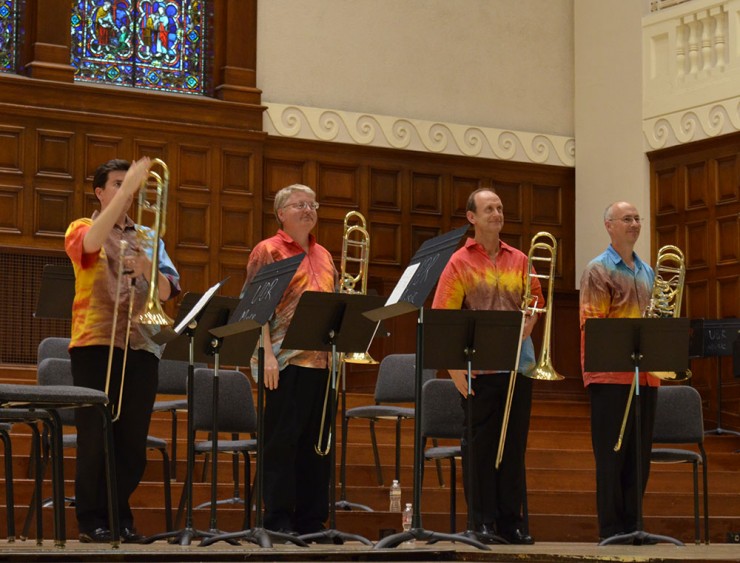 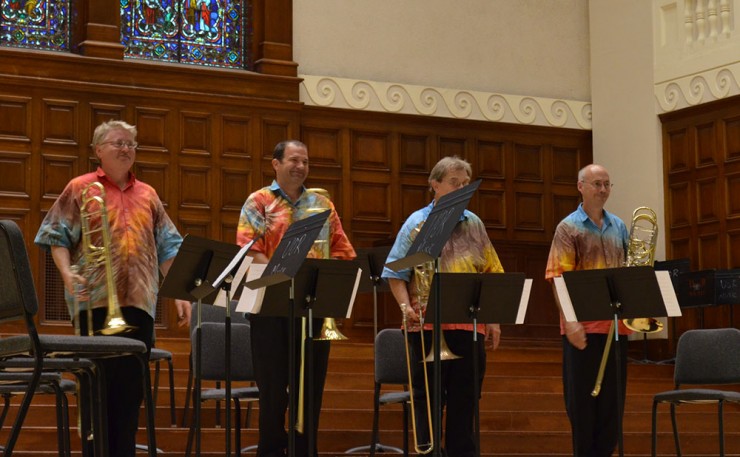 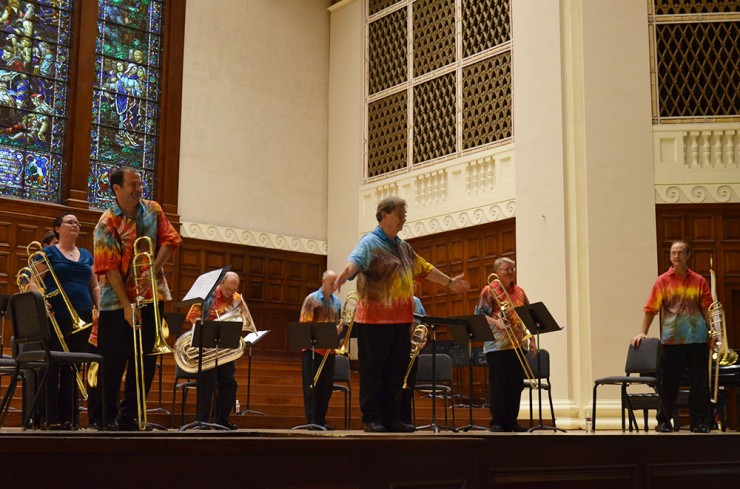 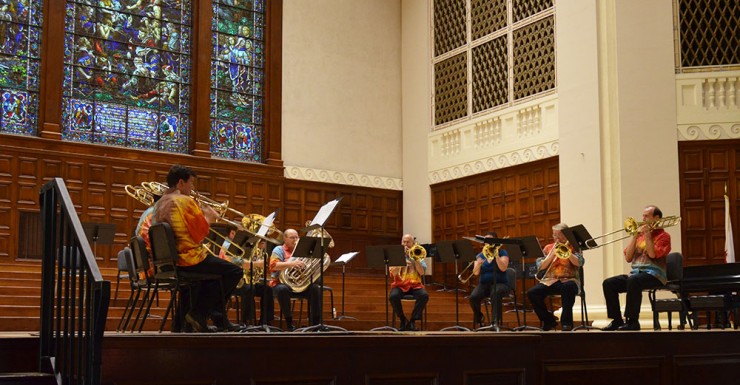 We had like 3 minutes for me to take some nice pix of them all right before the concert started, I am SO thankful they humored me in this fun lineup, I think it looks fabulous: 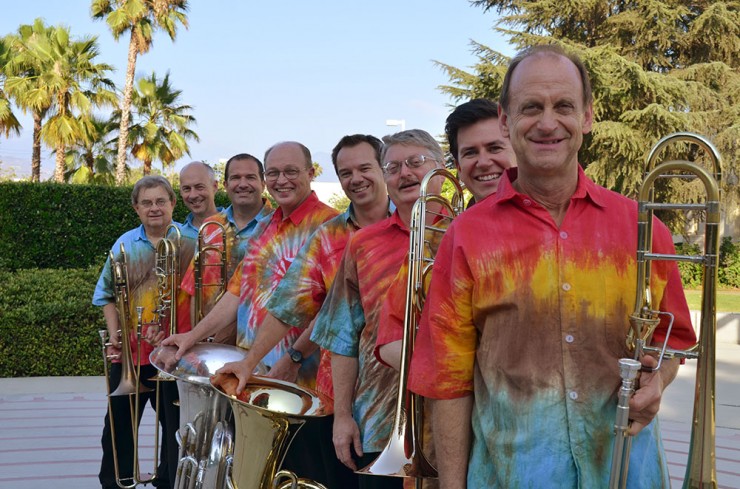 One of the most exciting things for us was that Liam was an actual participant in the seminar, instead of just one of the many auditors (which he’s enjoyed being for several years now). He was one of only 2 high school aged participants and played in a master class every day last week, with all those important guys, men he’s looked up to for years, some of whom (Mick, Tim and Randy) he may be auditioning for in a year and a half when college auditions came around. No pressure! 😉 But he did very well, and is more excited than ever to keep playing and get to play in bigger and better orchestras!

Once it was all over, we had the guys over for pizza in the brick oven, and we all had a great time just chilling: 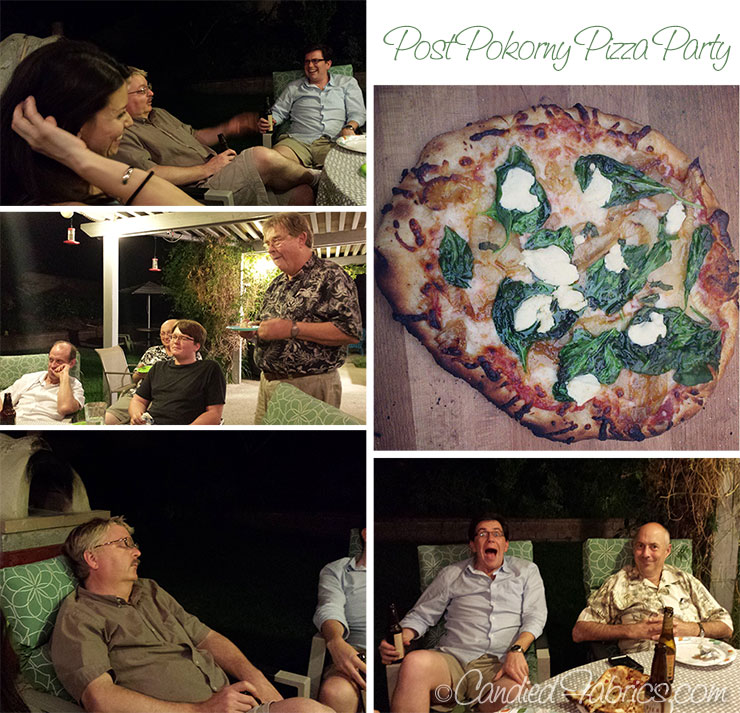 That was Saturday night, and Sunday morning we were off to drop Liam at Idyllwild, he’s now got 2 weeks of music camp to do! We started with a brunch at our favorite restaurant in the town (along with Liz’s son Will on the right): 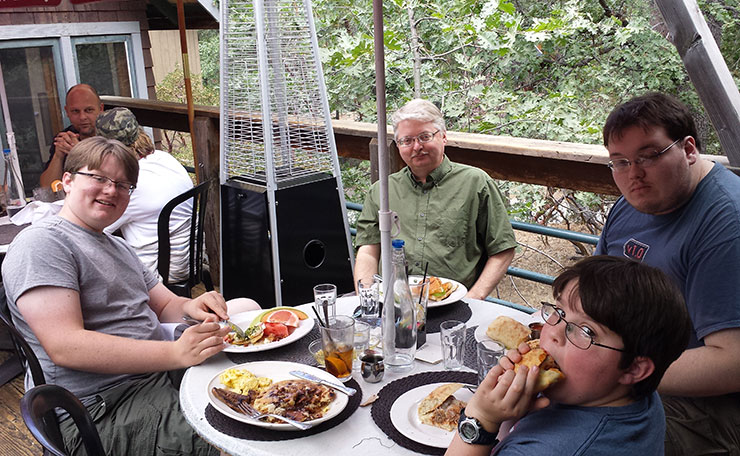 Then we got him dropped off at the camp. Here he is with his Sean Rausch, he’s studied with him the past two summers, and is happy to again (although not in this picture – I didn’t realize he wasn’t smiling til later). Since Liam’s now an old hand at Idyllwild, he was happy to have us go as soon as we had unpacked, and was confident to get to auditions by himself. 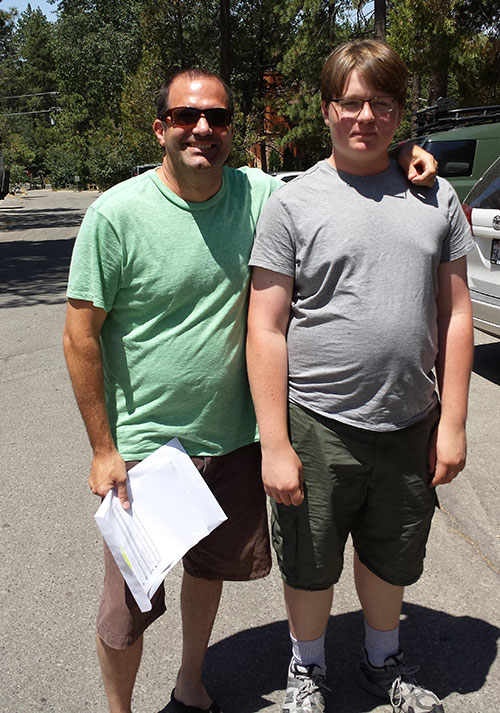 One Response to A Week full of Music