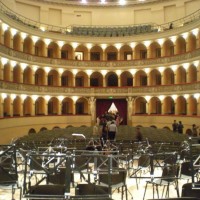 I was wise to keep my goals realistic, because I knew June was going to be crazy busy!!! And because I did, I’ve got pretty much I wanted to get done done!

The biggie was to get Dyeing 10o launched, and that I did! I also, with the help of awesome Mary, got the central classes site all gussied up, and lots of behind the scenes stuff so that my last 2 classes are just about creating the content.

As the second half of July is going to be devoted to the big Kitchen Renovatioin, I’ve got to keep these goals manageable. As it is I’m going to have to be really nice to hubby so he works alone some while I put some work into Dyeing 103!

The other big thing that’s been happening is Liam’s European Concert tour! The orchestra has been blogging every day which has been so awesome to see where they’ve been. Most exciting has been the four concerts they’ve played:

What an amazingly ornate place, it defines “Baroque” doesn’t it? 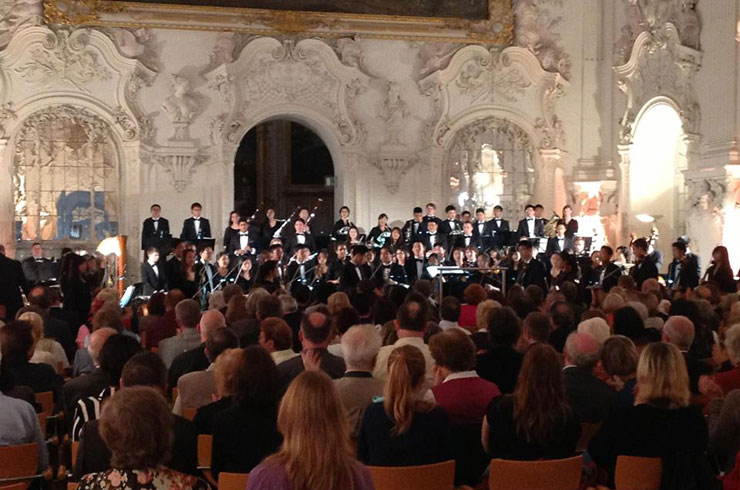 You can see Liam in the back row towards the right, he’s the tallest kid and next to the left-hand side of the right arch.

The Mozarteum in Saltzburg, Austria:

The Mozarteum is a famous conservatory in the city of Mozart! 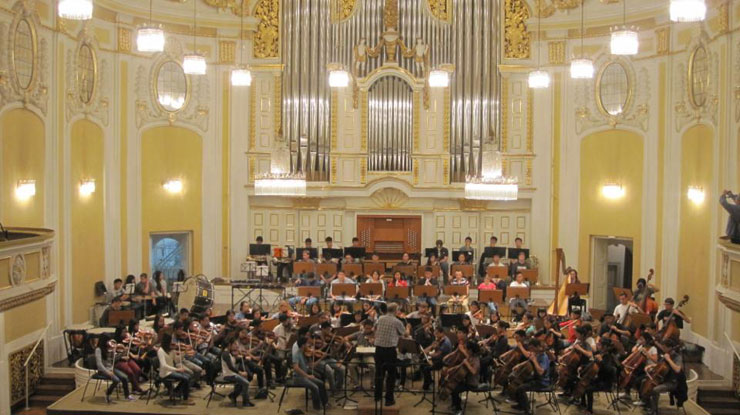 I think this was my favorite concert venue. Tickets to this event were sold out weeks ago, they were the final concert in an International Music Festival. I can only imagine how thrilling it would be to play Verdi (the overture to La Forza del Destino) in this theater dedicated to Verdi, in the part of the world that venerates this wonderful composer!! 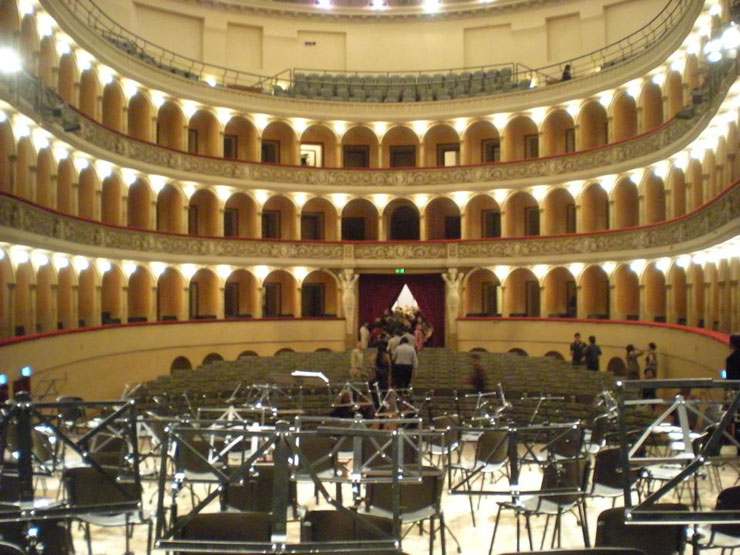 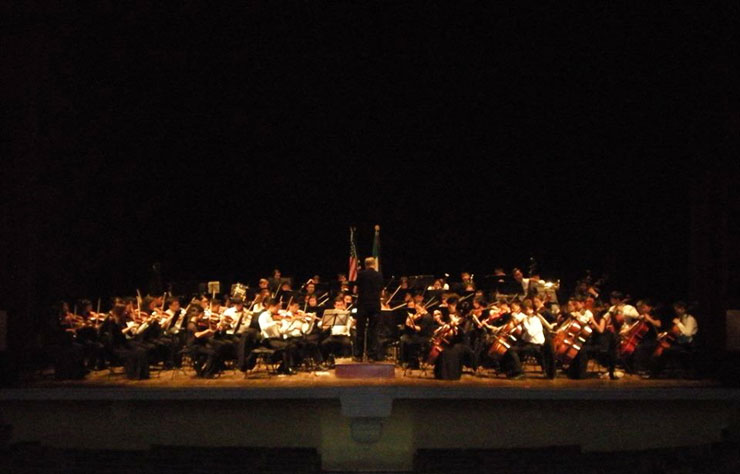 Their final concert was “al fresco” at this quaint village in the Umbrian region of Italy. 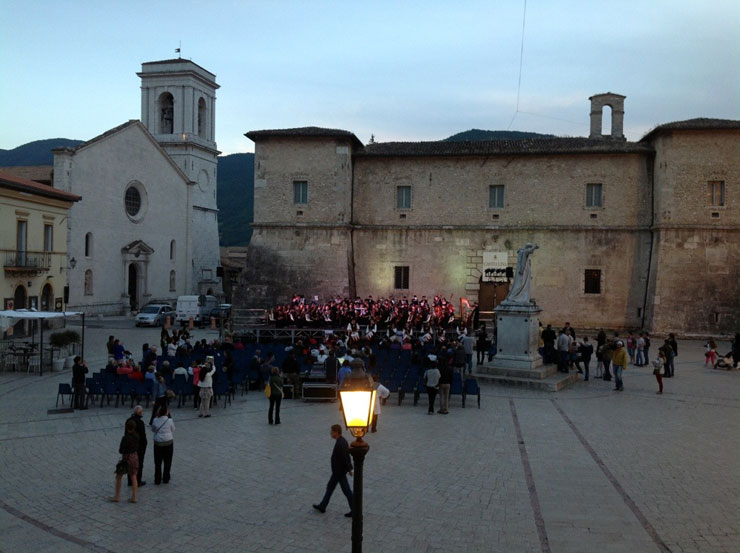 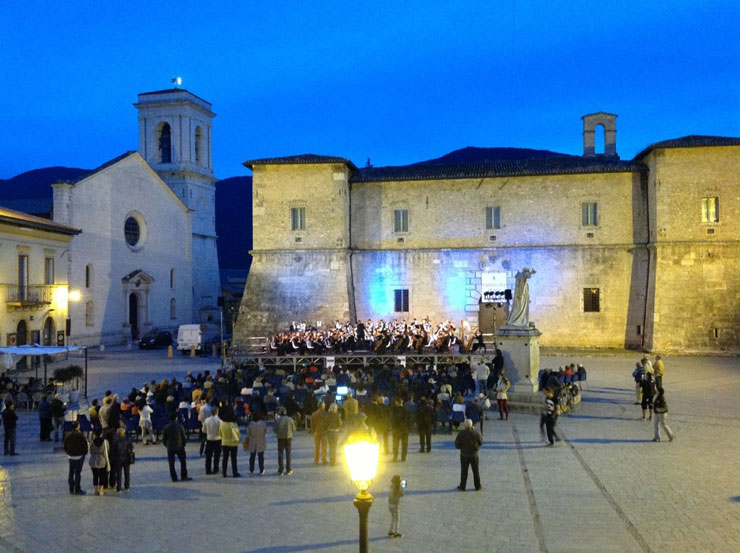 Apparently, some of the kids are on a quest to have gelato in every Italian city they stop at, I am betting that Liam is one of them!!! Here they all are, sitting in some unknown Italian Village: 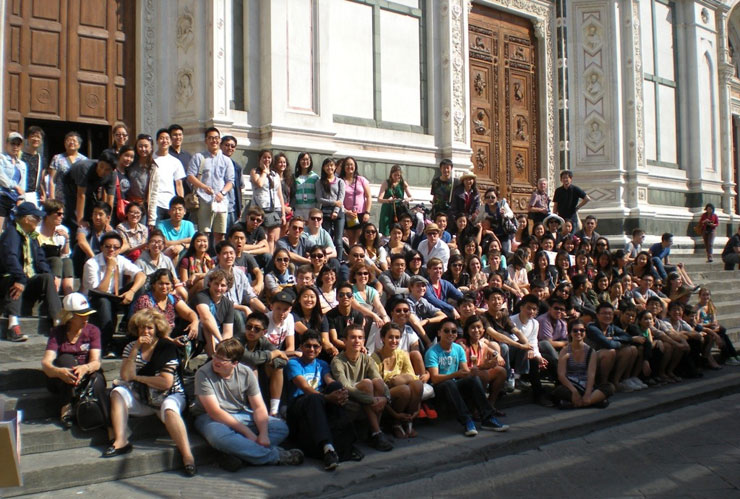 Although I can’t wait to hear all about it, I hope he enjoys the rest of the trip – the last stop is Rome!!!