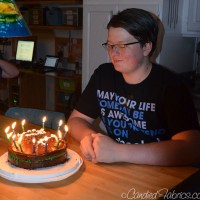 Last week was quite a momentous one – Liam turned 16 on the 23rd! We celebrated the next day because he had a dress rehearsal in Claremont and Logan had a concert here in Redlands, so we had to do the parental divide and conquer!

Anyway, we had a lovely dinner of grilled NY strips with blue cheese and sauteed mushrooms, green beans with prosciutto and parmesan, and some divine twice baked potatoes: 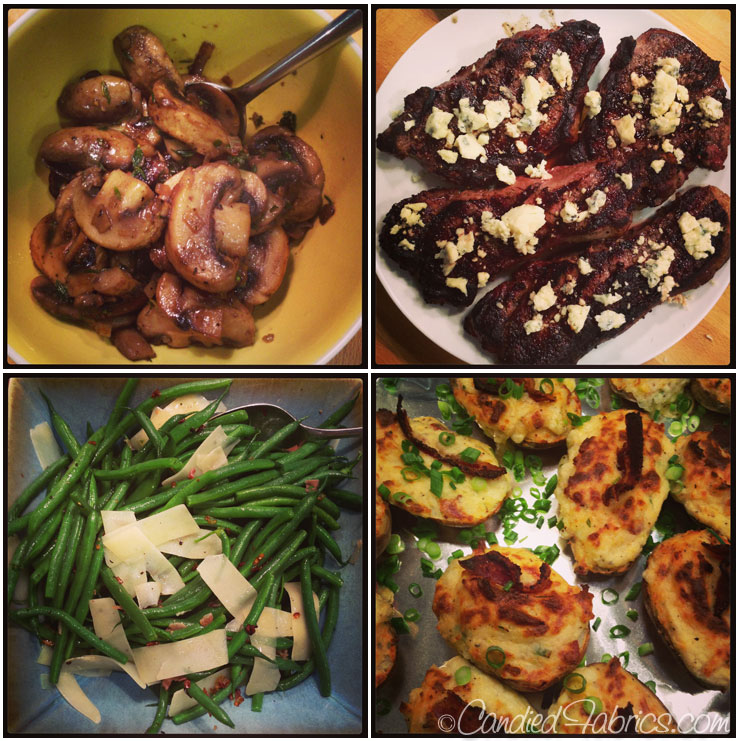 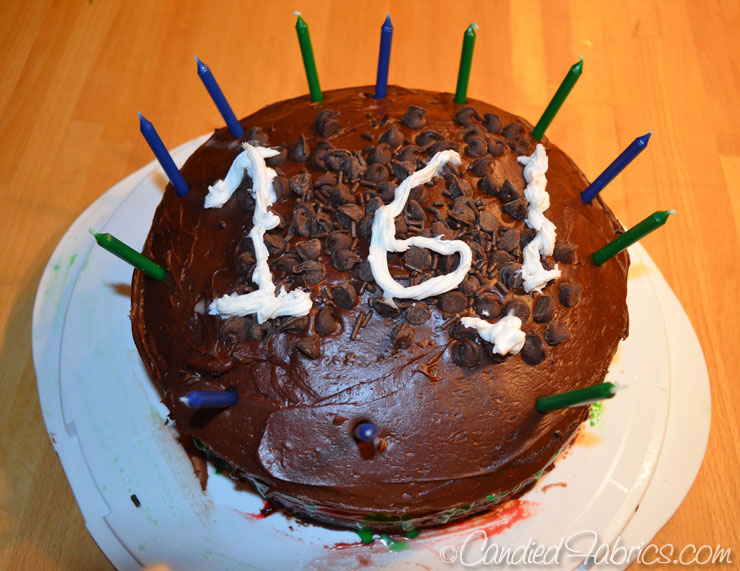 Liam is headed to Europe for a 2 week concert tour with the CYMO in late June. There are very specific luggage size requirements, so he knew he was getting a suitcase of the maximum sized dimensions (24″ x 16″ x 9″ – ugh, just his dress shoes and tuxedo are going to take up half of it. I have NO idea how we’re going to him packed!!!) Anyway, combined with the huge expense of this trip, he has sure that this would be his only present. We filled the suitcase with fun things like squirt guns, food from the 3 countries he’s going to visit (Germany, Austria and Italy) and travel books to all 3 countries. But hidden in the lining was one…more…present: 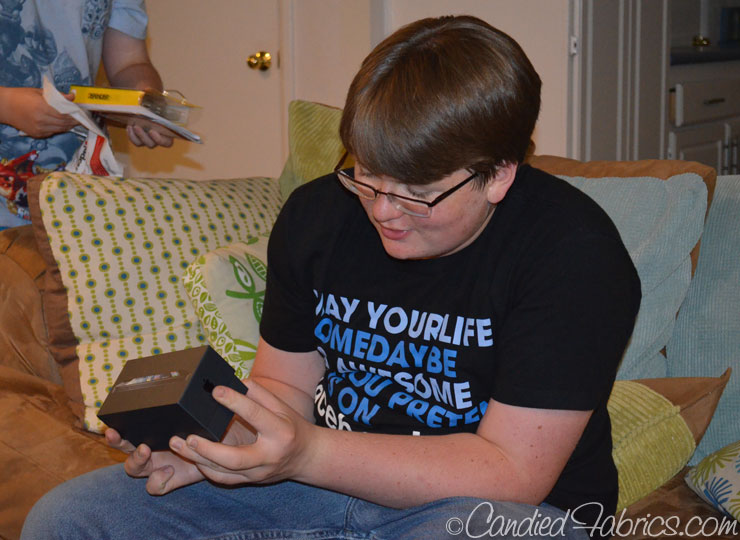 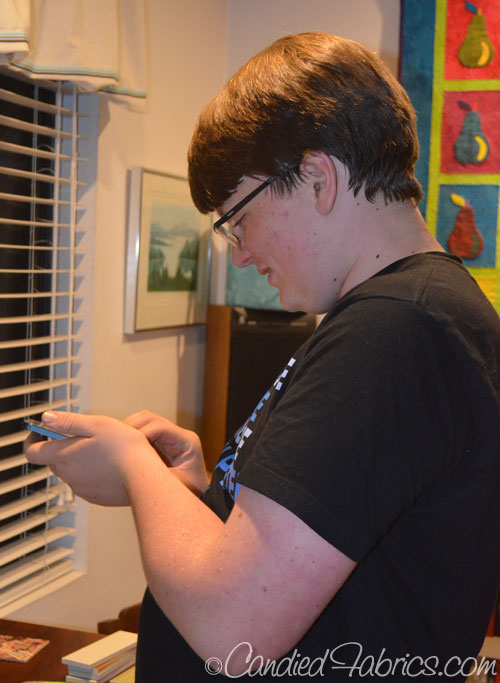 Yup, we broke down and got him an iPhone. I’ve been telling both boys for years that smartphones were never in the cards for them…the monthly data is so expensive! But talking it over this Spring, hubby and I decided it was time. We want him to be more in touch with us and other people, to have more control over his schedule planning, and there are some very useful music apps that he already uses at home with my iPad, this way he’s got his own copy. And although I often am frustrated because he’s got earphones in, often he’s listening to music that’s actually useful to his musical training (but indeed, he sometimes listens to Weird Al Yankovic and other such stuff…), so this also replaces his very old, almost dead ipod.

To say he was surprised would be an understatement. 🙂 And I am happy to report that in the week that he’s had it he has communicated a lot more with me! Although we’ve not ever paid for texting and I’ve trained my boys that texting is evil, we added a texting plan to all our phones. The MOMENT I told Logan this last week, he was texting his good buddy Shawnee. And Liam has actually texted his friend Teddie a couple of times too. Indeed, this IS the way their generation communicates, and now that I see it in action, I feel a tiny bit guilty at holding off on this.

And so, my baby is 16. He’s becoming a man and is travelling a clear pathway towards life as a musician that he loves. Those years have flown by, and I am proud of who he is becoming. 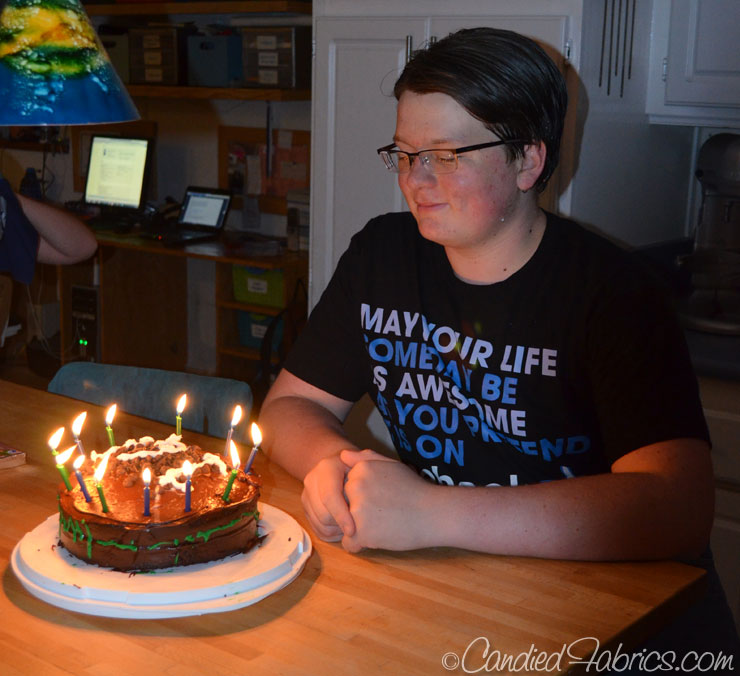 ← Snapshots from the Studio | A Reversible Quilt with Random Squares
Another Sunday, Another Concert →