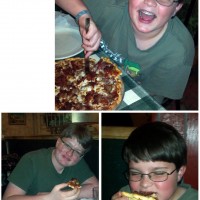 Another weekend, another honor group concert – but this time it was with Logan!

He’s been playing cello for many years now (I think he started in 2nd grade, but am not quite sure…years tend to blur together!), and has been playing in different levels of preparatory string orchestras at the UoR Community School of Music for most of that time. Here in Redlands, kids don’t get orchestra or band every day in school until Middle School, when they then have one “enrichment” period every day, which is the period for orchestra or band. We are very lucky at Cope Middle School that there are 3 levels of bands, and 2 levels of orchestra, which means that lots of kids can and do start playing an instrument in 6th grade.

Logan is in the beginning orchestra because that’s the only option for a 6th grader, so orchestra at school every day has been good and bad: good, because he’s playing in a group every day and making friends with other string players, but bad because a large portion of those kids are true beginners, so the music is easy for Logan. I’d like to say that this Honor group (which at this age is populated with recommended kids, no audition process) was a way for Logan to play in a higher level group, but alas, it was pretty darn elementary. We had some bad attitude from Logan, but stuck it out, and by the end of the performance he was a happy guy. A “symphony” candy bar from his awesome orchestra conductor Ms. Chaplo was a sweet way to top the night…and both boys were happy to be asked to pose where LOGAN had the instrument and LIAM was the onlooker…because so often it’s the other way around! 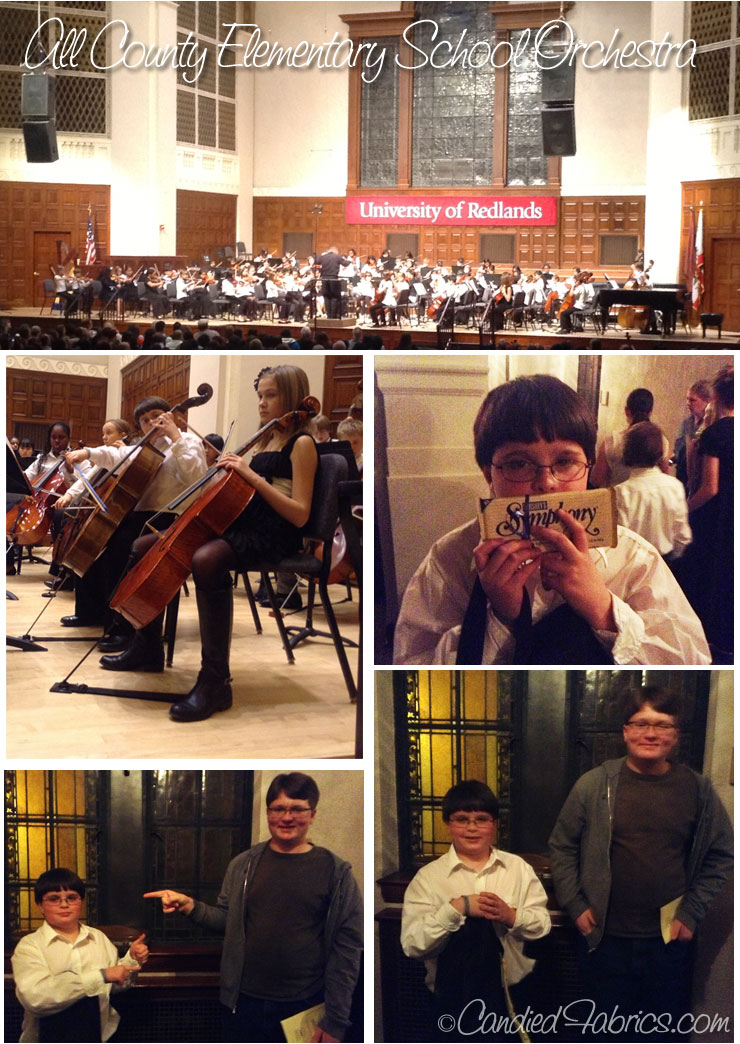 We added to the fun of the night with a trip to Logan’s favorite pizza place where he got to pick his own pizza. 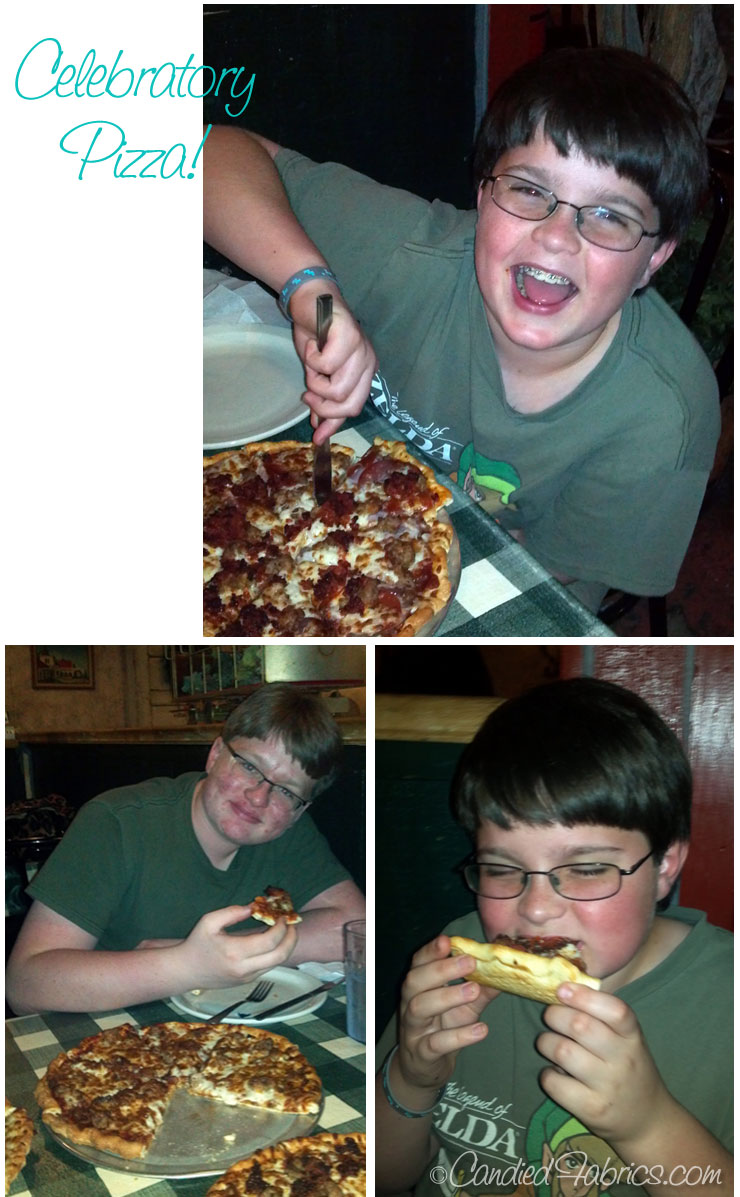 These honor groups were a very important part of Liam’s growth as a musician: to play with kids who are motivated to practice and enjoy music was great fun for him, and then practicing for the auditions so he could A) get IN to the group and then B) get a better chair than the year before were HUGE incentives to practice. We end up with him as a sophomore as a very strong trombone player who is planning college and life around being a trombonist (and a composer…and a conductor…).

I don’t think that Logan will follow in his brother’s footsteps (in fact, he seems very determined to make his own path, classic 2nd child stuff!), but (surprise, surprise) he has a good ear, and when he’s in the right situation and mood, he’s a great addition to any musical setting. We’re chipping at the attitude/mood swings that make some days difficult, and encouraging him to stick with the cello…I’m very interested to see where he’ll end up 4 years from now!

One Response to One Moment | All County Elementary School Honor Orchestra