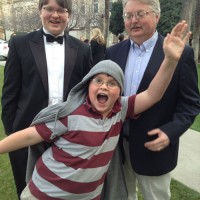 So…this Sunday it was All Southern! They had a symphonic band, an orchestra and a wind ensemble made up with kids from all over Southern California. This too was on the campus of the U of R, hurray! The kids are there a bit longer and hubby was a lot more involved in the planning and execution of this one – up to and including the poor guy being on campus 6:30 AM last Friday, as the sign ins began at 7. There was one conductor podium missing, so since he was the only one around, he had to wheel a dolly carrying the podium across campus after digging it out of a cobwebby closet – oh, the glamorous life of a Dean! 😉

Anyway, the pictures of the concert look very similar to last weeks: 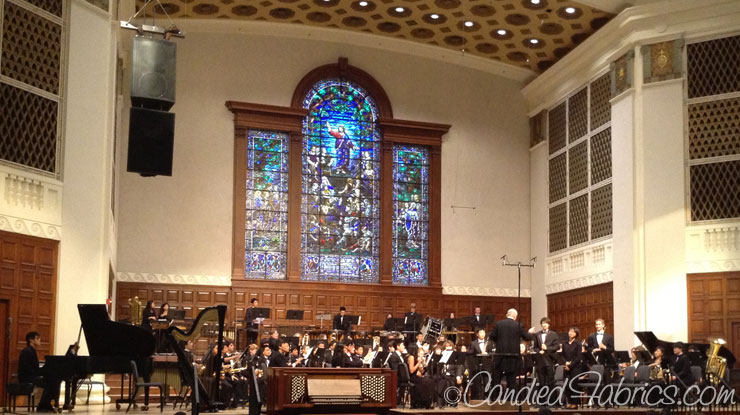 But indeed, it is a different group! As the groups have high school kids from a much larger area, the average talent level is higher so the music they play is harder, and usually lovely to listen to. Liam got to blow up a storm on Orff’s Carmina Burana, trombone’s love it when they get to play extra loud! 🙂 Here they are standing after that piece – Liam is pretty tall, you can see him pretty clearly (I put an arrow pointing to him as well)

The concert was earlier in the day, so I got to get some halfway decent shots afterward, everyone was in good spirits! 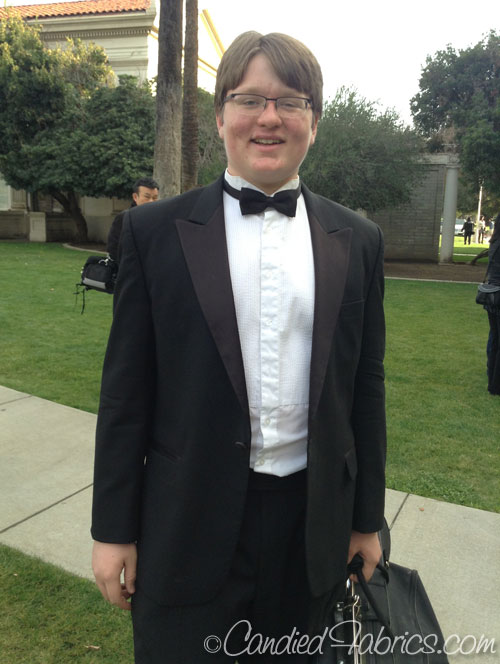 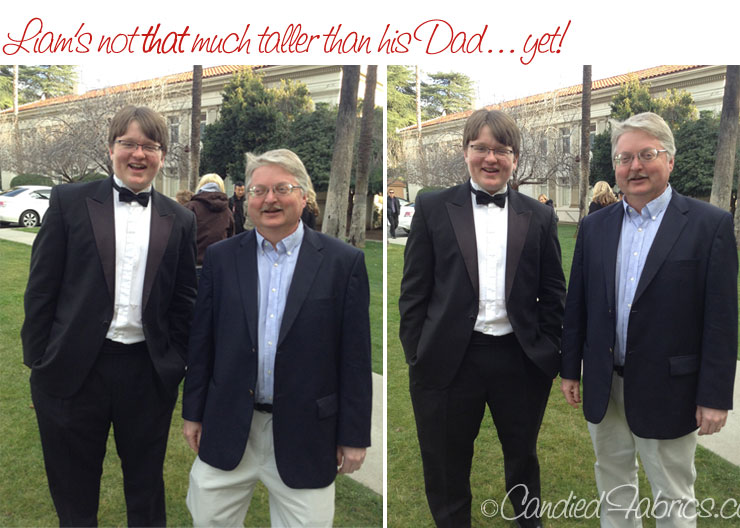 Logan is quite a good photobomber! 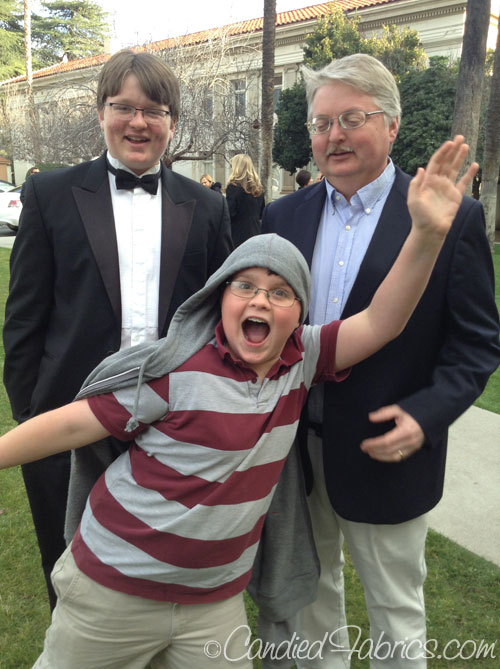 ← A New Bag for ME!
Cuteness Alert | Easter Baskets with Handmade Buttons →

One Response to One Moment | Another Sunday, Another Concert!